Netflix has shared another chilling sneak peek of its upcoming series “Squid Game”!

“Squid Game” is a new drama about a mysterious survival game with a reward of 45.6 billion won (approximately $40 million) on the line. Lee Jung Jae and Park Hae Soo will star as two childhood friends who wind up joining the game—only to learn that there is more at stake than just the prize money.

In a newly released poster for the upcoming drama, the game’s contestants cower in fear as they run for their lives in front of a giant robot. Despite the brightly colored uniforms of the game’s faceless workers and the seemingly harmless look of the robot, which is designed to look like a young girl, the blood-stained ground and the heap of bodies in the background reveals just how deadly of a game they’re playing.

The poster’s caption ominously reads, “45.6 billion [won], the childhood innocence of grown-ups will be destroyed.” 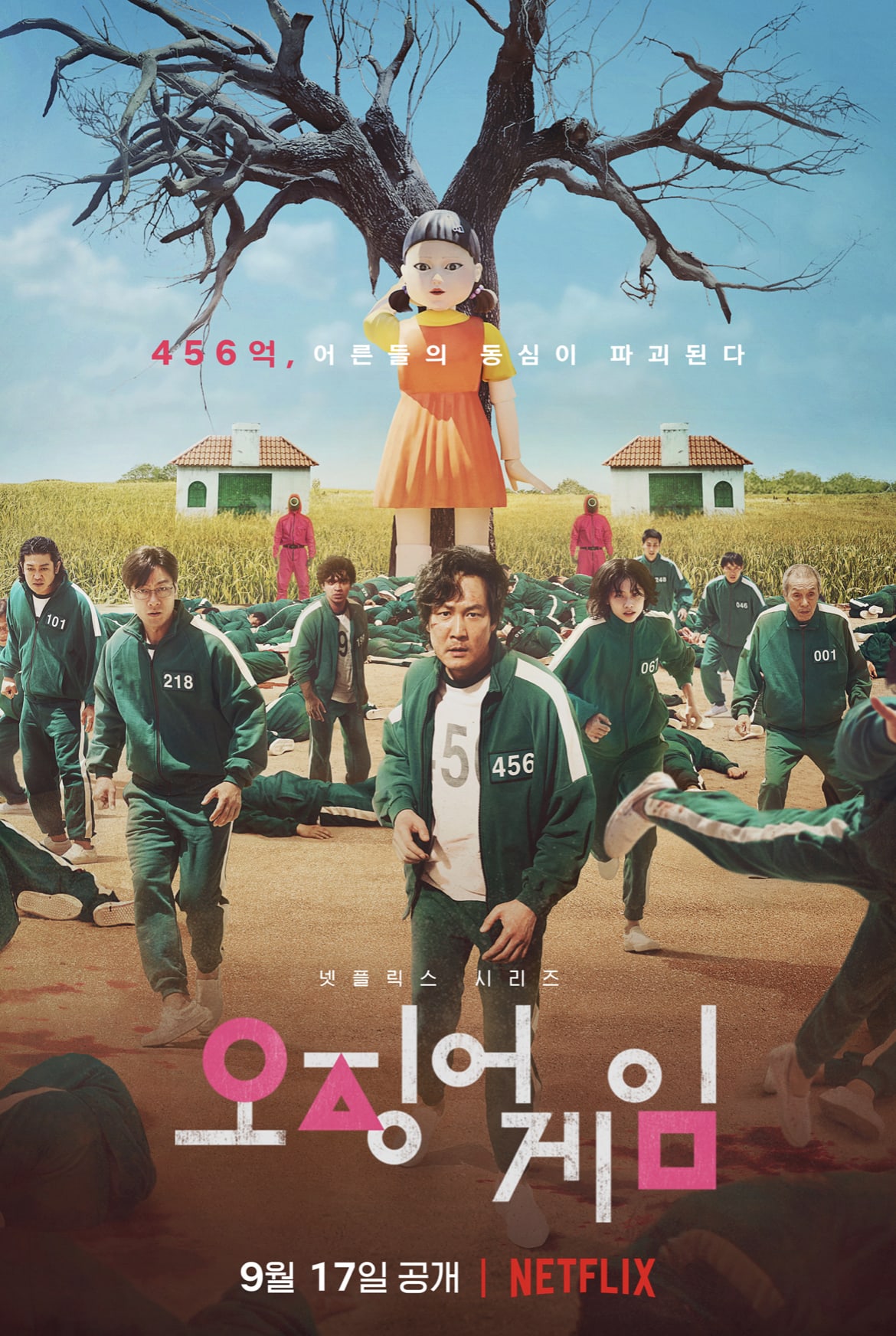 Meanwhile, the new trailer gives viewers a glimpse of how the contestants wind up in this terrifying battle, which pits them against one another in lethal versions of six classic Korean children’s games.

Once the 456 contestants—all of whom are badly in need of money—agree to join the game, they learn that there is no way out. Losing the game means losing your life—but refusing to play will also result in elimination. Only the final survivor will get to leave with the 45.6 billion won.

Despite being outraged by the violence and injustice of the game, the players have no choice but to fight for their lives. As a masked panel of elite organizers watches from afar, the contestants begin to form alliances, devise strategies, and turn on one another in a desperate attempt to survive.

“Squid Game” will be released on September 17. In the meantime, check out the new trailer and poster for the drama below!

While you wait for “Squid Game,” watch Park Hae Soo in his film “Quantum Physics” with subtitles below: