SBS’s “The Penthouse 3” has shared an intriguing sneak peek of its next episode!

In episode 12 Joo Dan Tae (Uhm Ki Joon) disguised himself as a janitor, snuck into Hera Palace, and planted bombs in the building. While Shim Soo Ryun (Lee Ji Ah) and Logan Lee’s (Park Eun Suk’s) engagement ceremony was taking place, Joo Dan Tae threatened that he would blow up the entire place if Shim Soo Ryun didn’t come to him immediately. The two ex-spouses had a messy reunion, and eventually, she shot him in the head. As he fell, he pressed the button on the remote to activate the bombs at Hera Palace, and the entire place collapsed.

The newly released stills from the upcoming episode depict a meeting between Logan Lee and Ha Yoon Chul (Yoon Jong Hoon). Previously, Ha Yoon Chul got into a scuffle with Cheon Seo Jin (Kim So Yeon) and hurt his head after attempting to rescue Bae Ro Na (Kim Hyun Soo).

In the photos, Yoon Jong Hoon and Logan Lee are in a hospital room. It appears as if Yoon Jong Hoon hasn’t completely healed yet. Despite that, he forces himself to sit up, and with a pleading look in his eyes, he grasps Logan Lee’s arm and asks him for a favor. Logan Lee seems to be deep in thought, and there is a hint of concern on his face. What is the favor that Yoon Jong Hoon needs Logan Lee needs to do? Will Logan Lee step in and help Yoon Jong Hoon, the man who saved his life? 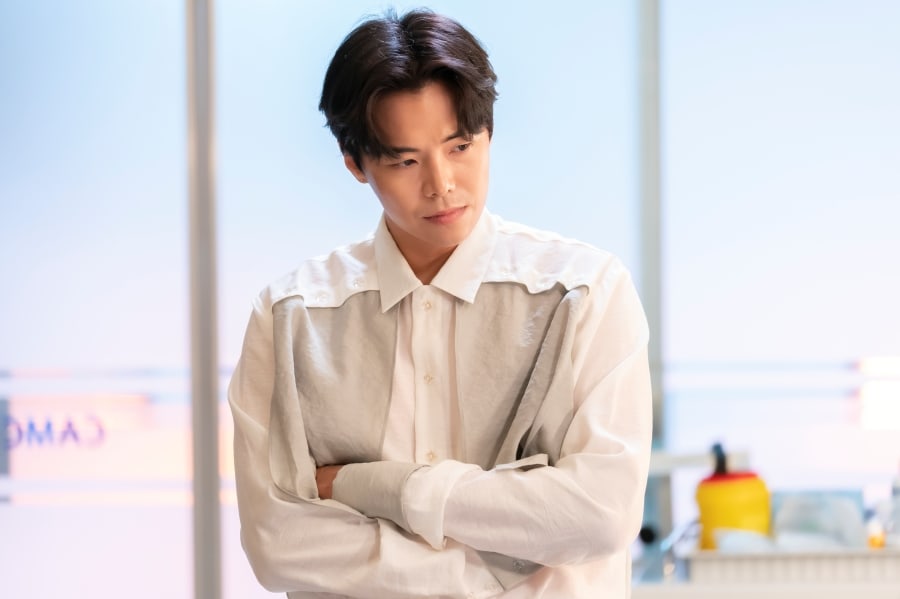 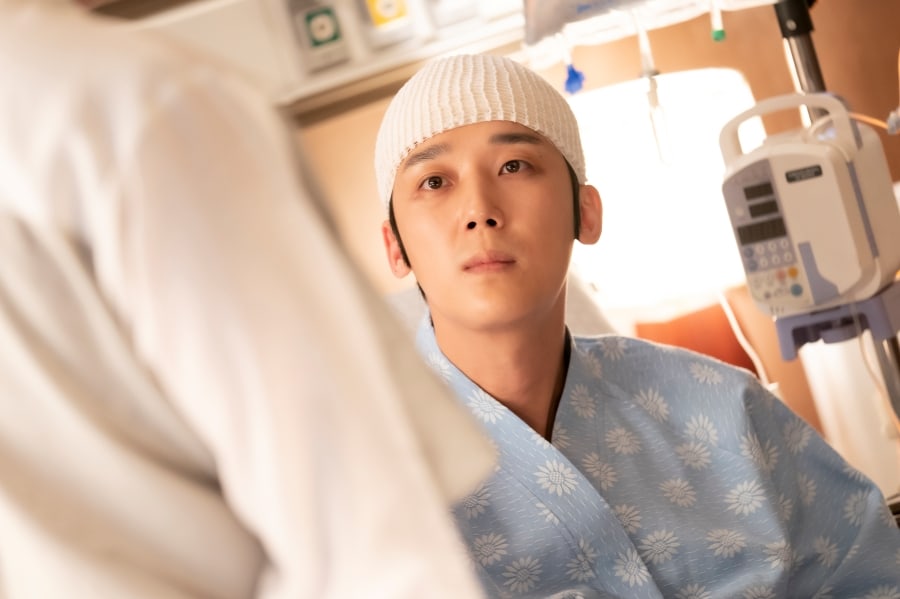 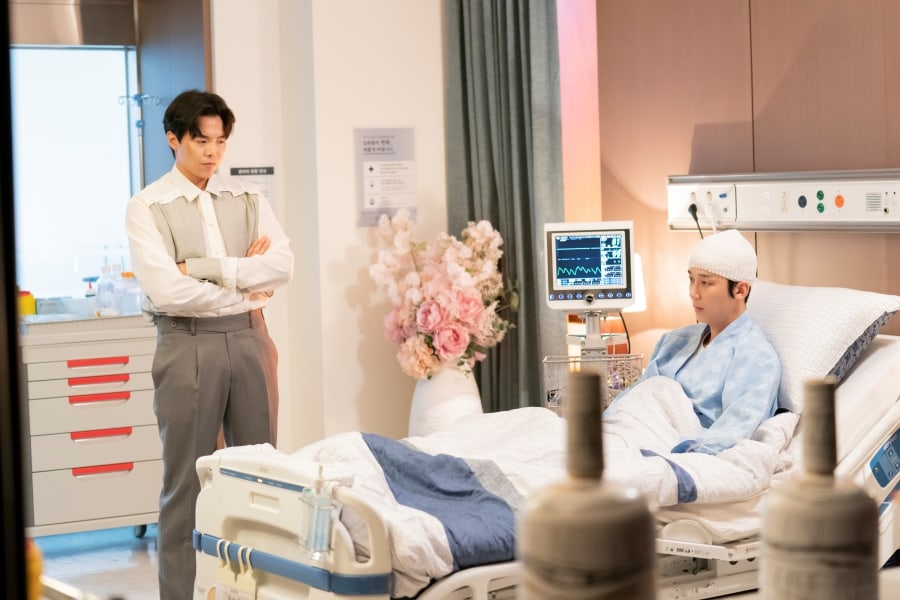 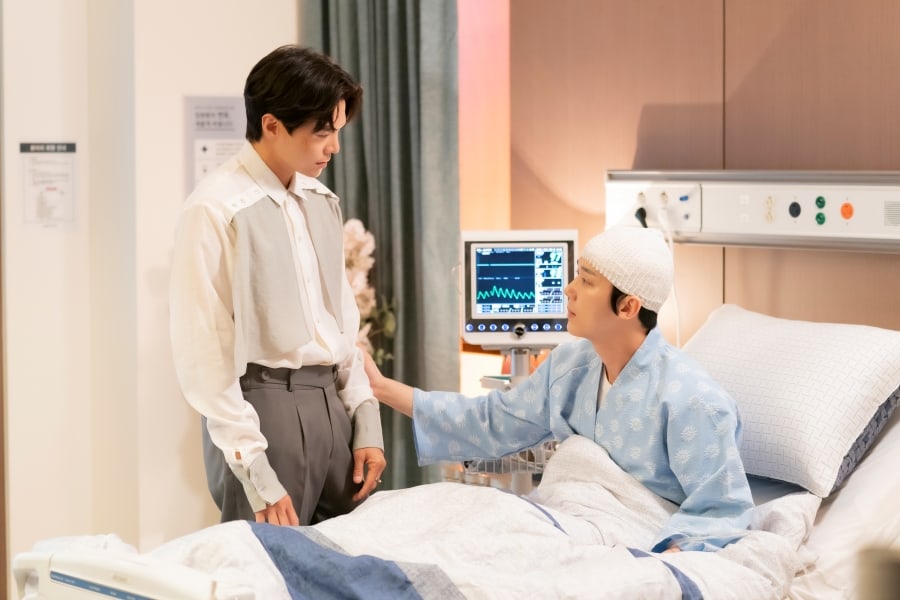 On the day of filming this scene, Yoon Jong Yoon and Park Eun Suk showed off their warm friendship by greeting each other in a friendly manner and laughing heartily. As soon as the rehearsal began, the two immediately transformed into their characters, and they amazed the staff members with their acting abilities.

The drama’s production team commented, “Yoon Jong Hoon and Park Eun Suk have solid acting skills where they are able to express emotional changes and psychological conditions with just their eyes. Please check out episode 13 on September 3 to find out about Ha Yoon Chul’s situation and Logan Lee’s dilemma.”

Start watching “The Penthouse 3” below!

Yoon Jong Hoon
Park Eun Suk
The Penthouse 3
How does this article make you feel?