“Desire” is a romance thriller about the scandalous love affairs between two men and two women and is described as being similar to “The Penthouse” series.

Lee Ji Hoon will play the male lead Lee Sun Woo, and Han Chae Young will take the role of Han Chae Rin, the CEO of a beauty products company. Ji Yi Soo will play Park Da Som, a character who is newly married but lives in poverty, and Goo Ja Sung will star as Hyun Seung Hoon, who dedicated his life to soccer but had to quit due to an injury and now devotes himself to working all day and night in order to ensure his family’s survival.

The newly released poster conveys the characters’ charisma. The four of them are sitting in a dark and dreamy atmosphere, and they exude an overwhelming aura that captures the viewers’ attention.

First of all, Lee Ji Hoon draws attention with his serious expression. His deep eyes seem to be full of sorrow, which hints that his character Lee Sun Woo is harboring a sense of sadness inside his heart. On the other hand, Han Chae Young poses as Han Chae Rin, who is greedy and ambitious despite her success. Her expression is cold and arrogant, and she appears to be someone who is firm and determined.

Ji Yi Soo completely transforms into Park Da Som. Unlike her elegant appearance, Park Da Som exudes a lonely vibe, and she shows her character’s determination to save her ill son no matter what. Goo Ja Sung creates tension by expressing Hyun Seung Hoon’s icy eyes that are full of ambition. As a result, questions are mounting over what kind of situation the four people will face due to their desires. 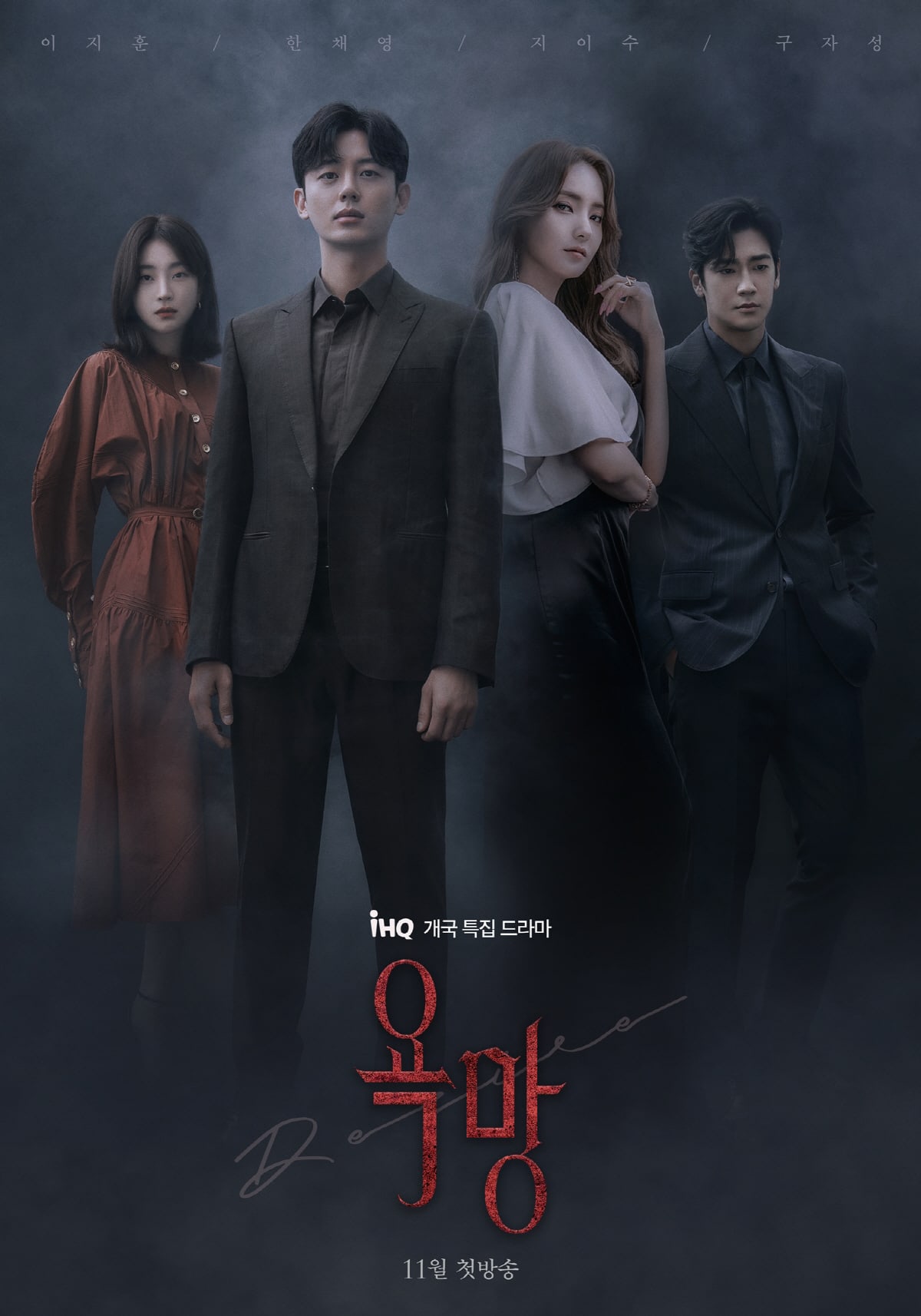 “Desire” will be directed by Kwak Ki Won (“It’s My Life,” “Two Mothers”) and written by Park Gye Hyung (“It’s My Life”). It is being jointly produced by Victory Contents (“Something Happened in Bali,” “River Where the Moon Rises“) and IHQ.

In the meantime, watch Lee Ji Hoon in “River Where the Moon Rises”: