KBS 2TV’s “Police University” has shared a fun new glimpse behind the scenes of filming!

“Police University” tells the story of the chaotic investigation that ensues when a professor at an elite police university teams up with a student who happens to be a genius hacker. B1A4’s Jinyoung and f(x)’s Krystal star as university students Kang Sun Ho and Oh Kang Hee, while Cha Tae Hyun stars as passionate detective-turned-professor Yoo Dong Man.

In newly released behind-the-scenes photos from the drama set, Jinyoung and Krystal look endearingly nervous as they get ready to film their kiss scene. Krystal looks slightly tense as the director goes over the script with her beforehand, and Jinyoung wears a hint of a shy smile as he gets into position for the scene. 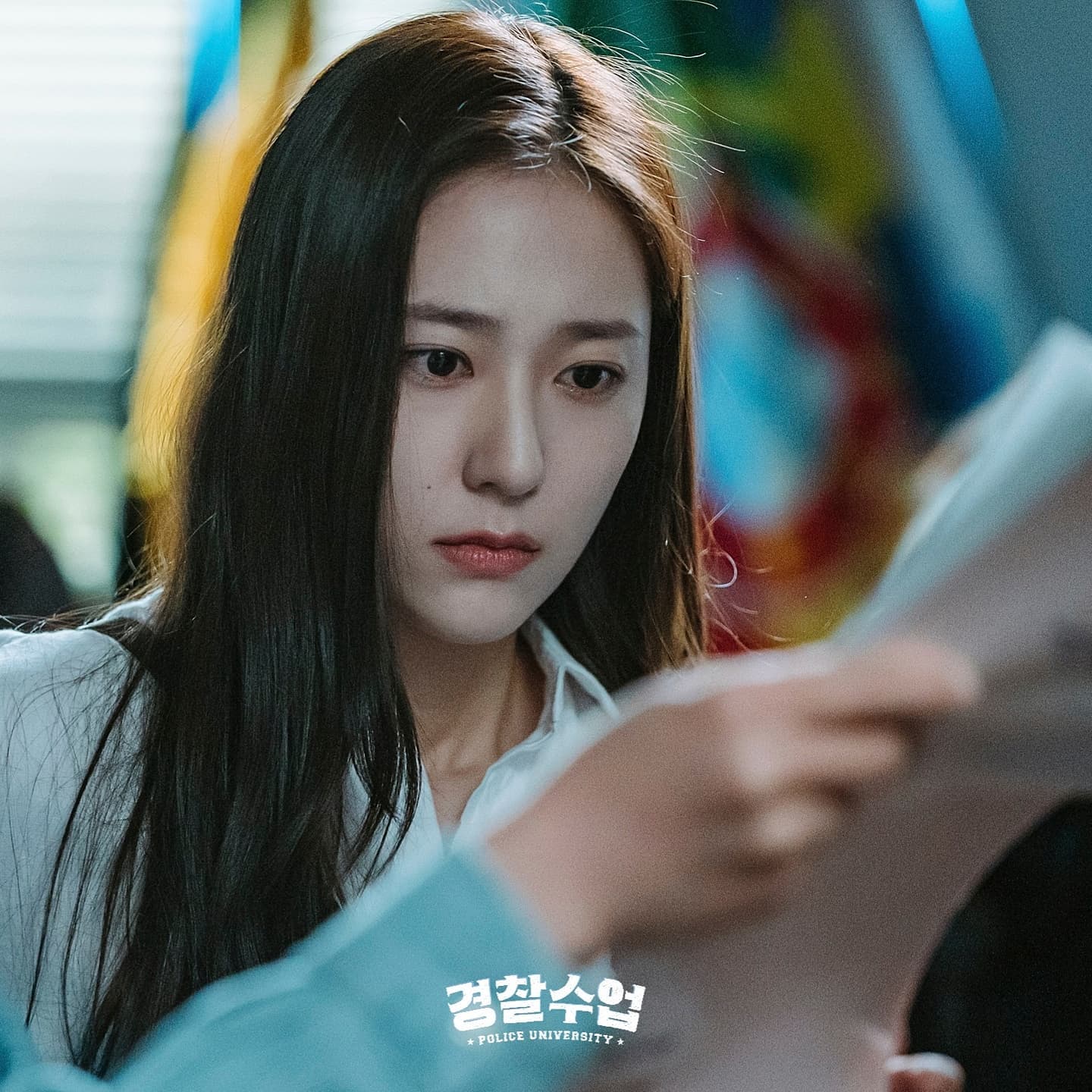 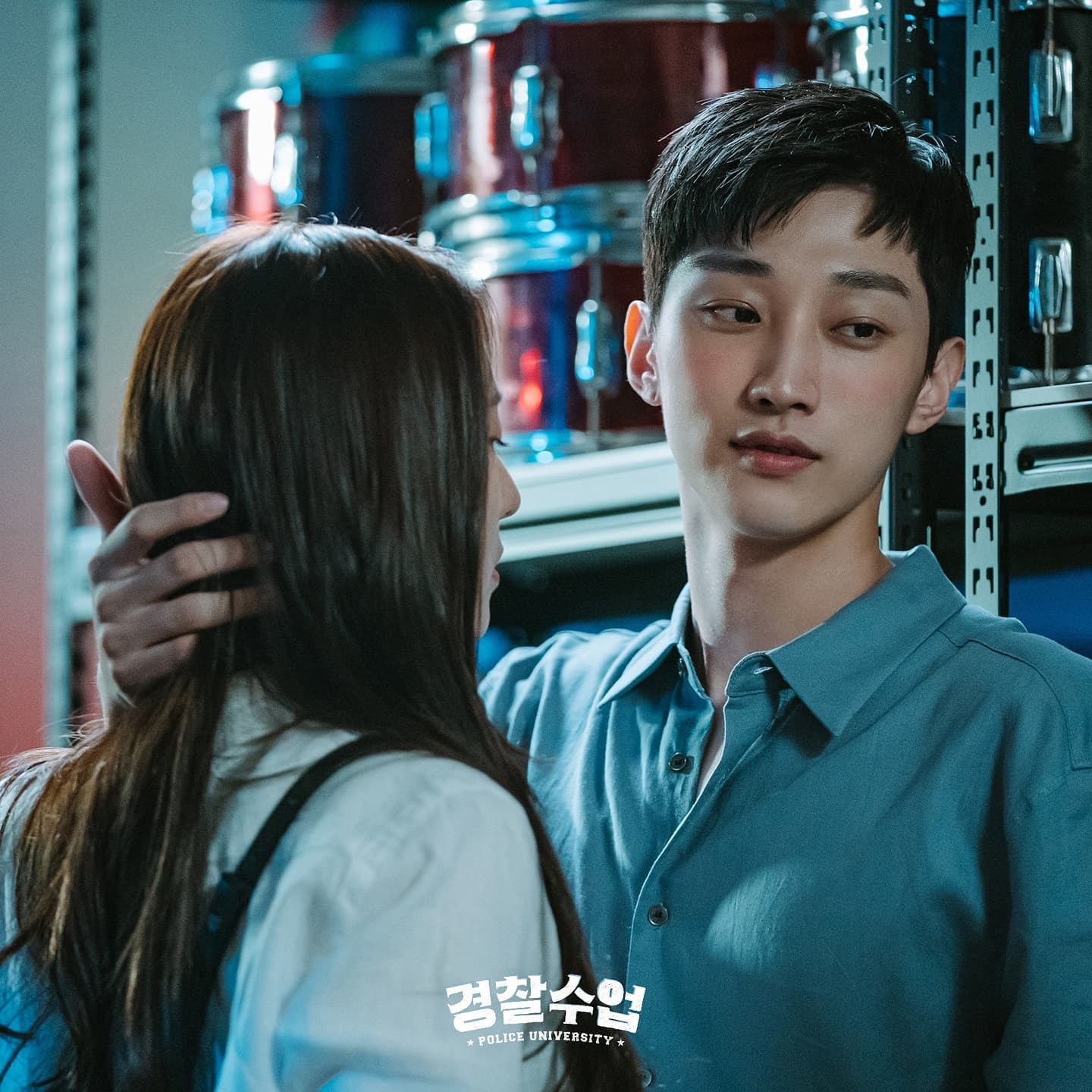 Meanwhile, other photos of the cast reveal the cheerful and relaxed atmosphere on set, with Cha Tae Hyun, Jinyoung, and Lee Jong Hyuk all brightening up the atmosphere with their laughter and sunny smiles.

A candid photo captures Cha Tae Hyun and Krystal looking completely comfortable around one another as they chat between takes, while on-screen pals B.A.P’s Yoo Young Jae and Lee Dal show off their real-life friendship by posing playfully for the camera. 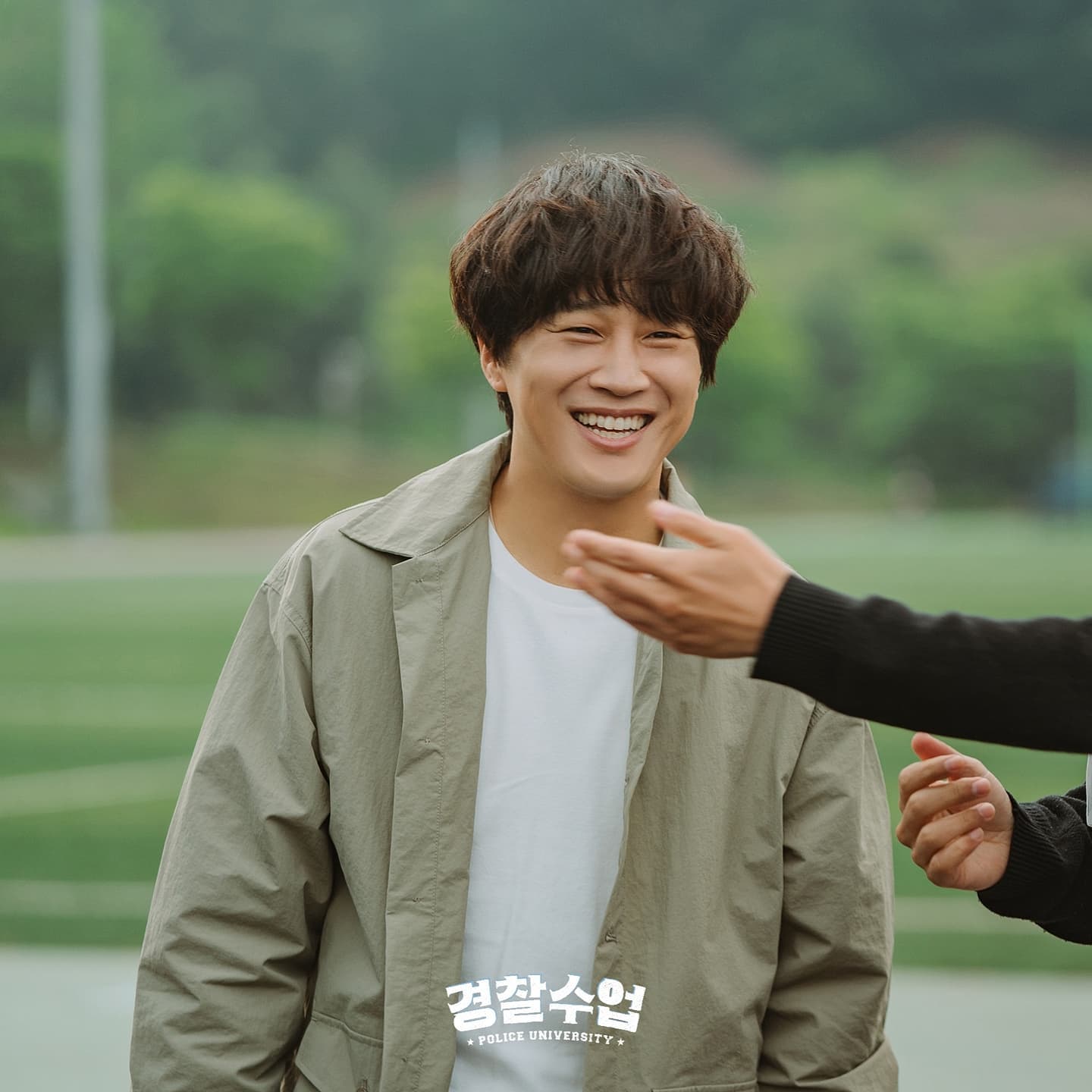 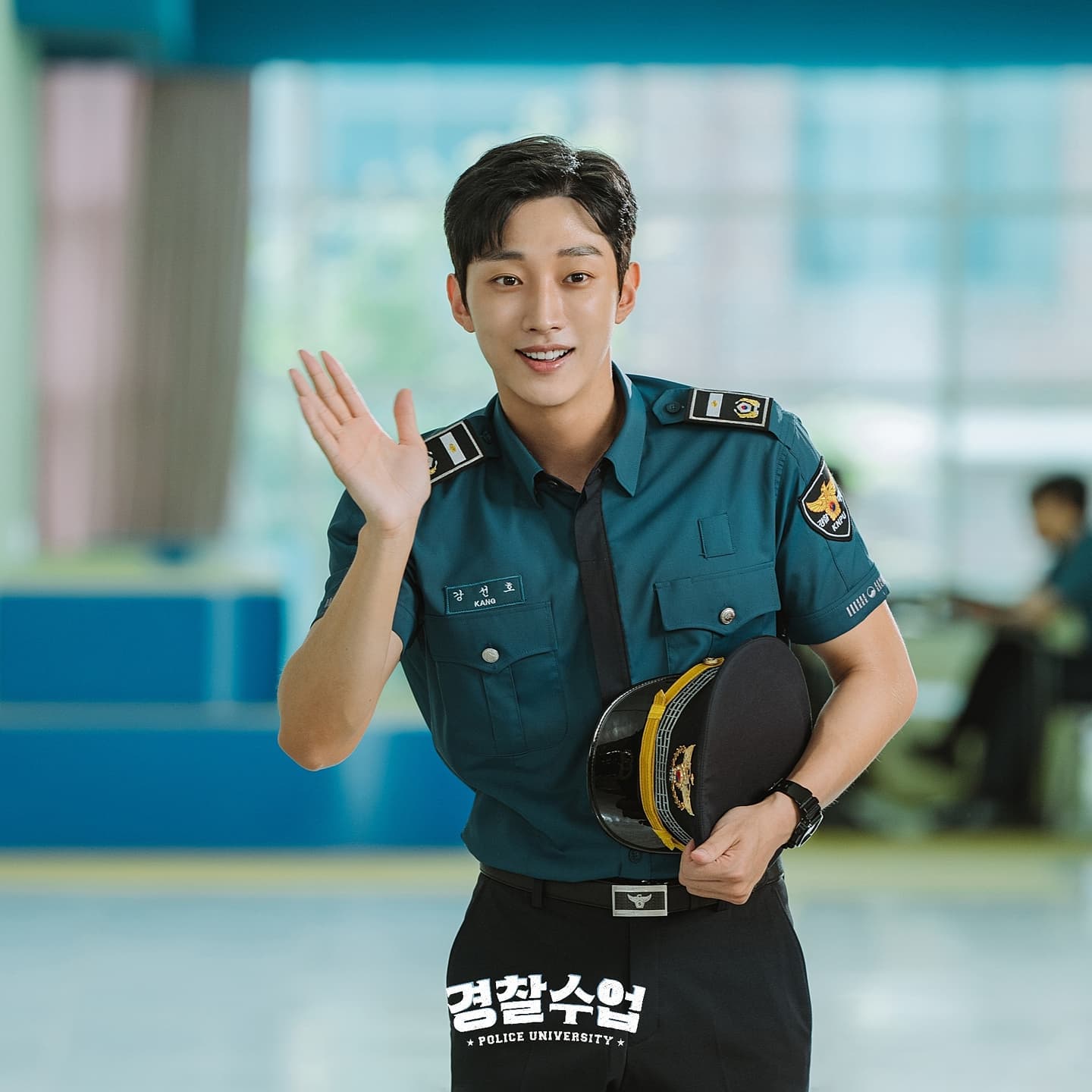 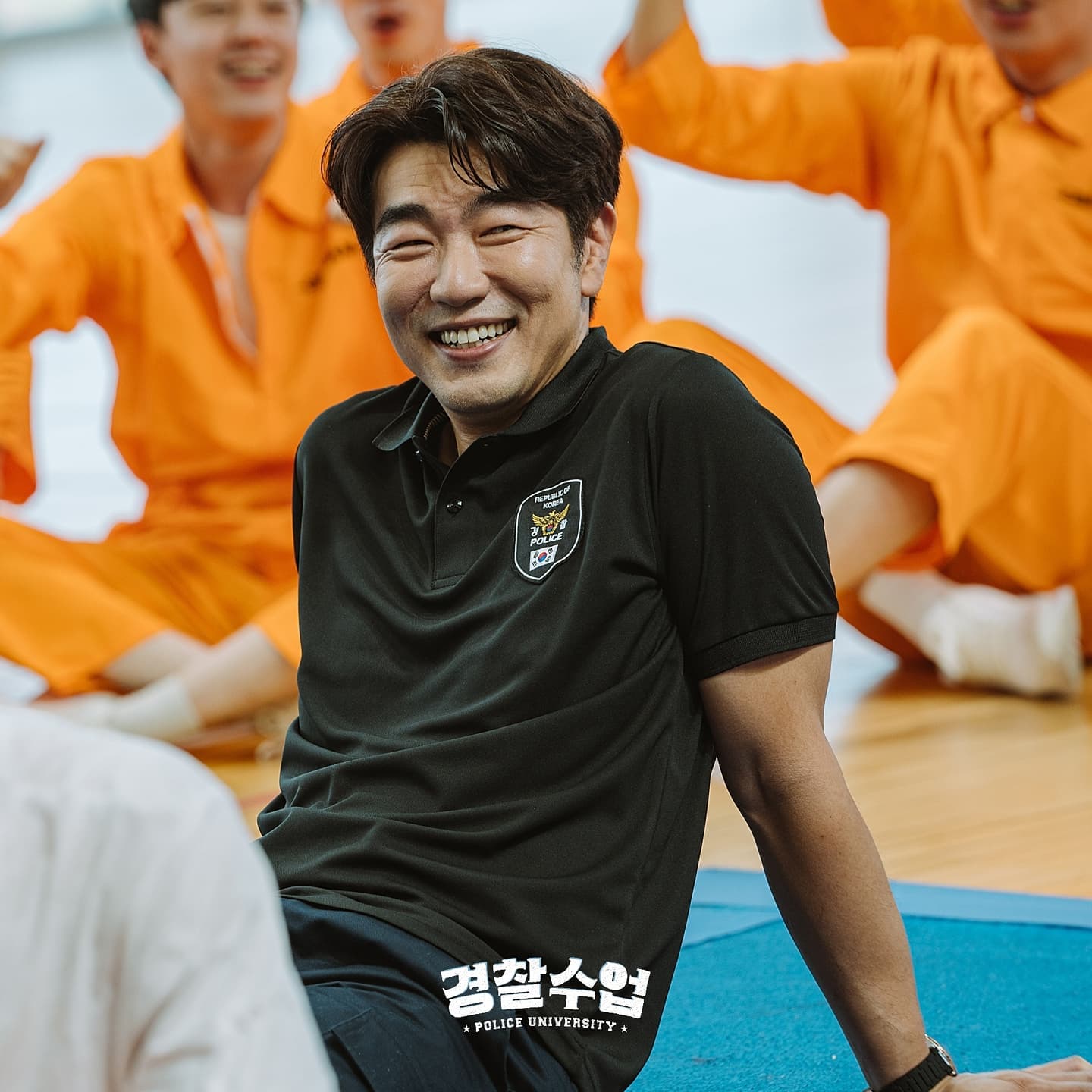 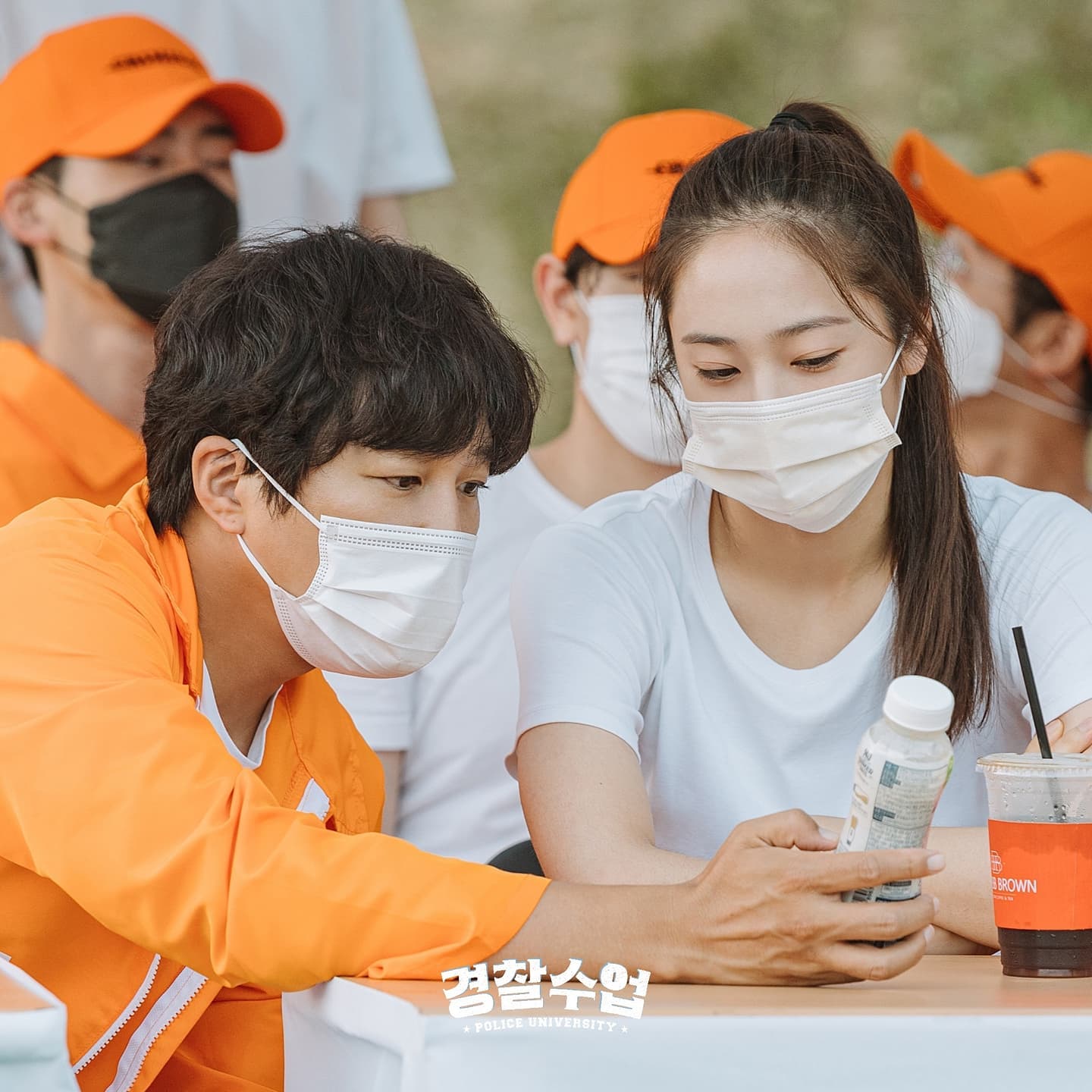 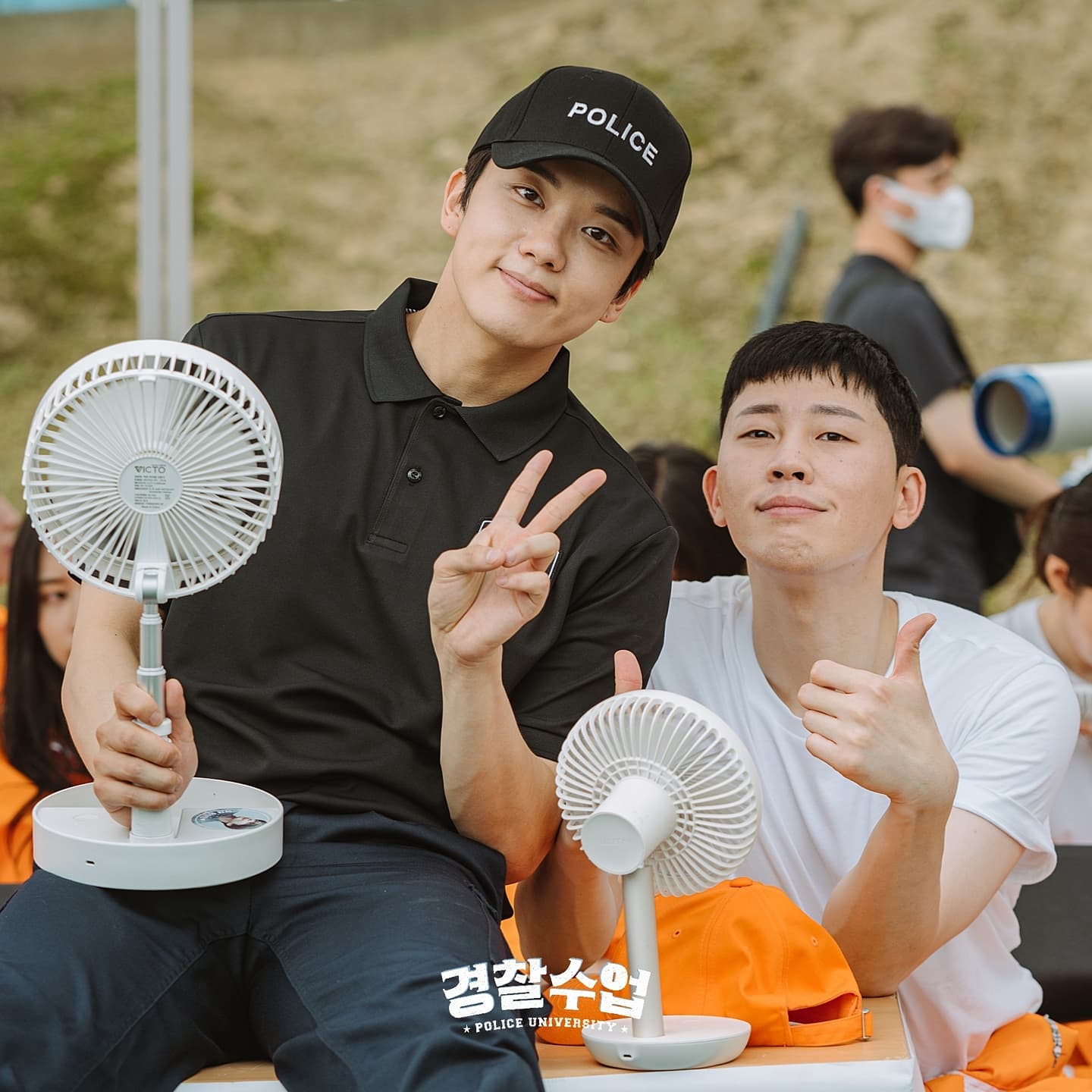 “Police University” airs on Mondays and Tuesdays at 9:30 p.m. KST.