Jessi Tearfully Confesses That What She Really Wants Isn’t Money Or Fame, But To Be A Mother

On the latest episode of “The Sixth Sense 2,” Jessi got honest as she opened up about her dreams.

During the September 3 broadcast of the tvN variety show, the cast visited unusual psychological counselors and therapists in an attempt to suss out who was real and who was fake.

While meeting with a self-proclaimed color psychologist, Jessi was asked to choose two colors that appealed the most to her at the moment, and she chose orange and coral.

“Orange represents your exterior,” the psychologist told her. “It means you want to be acknowledged and loved, and you want to express yourself. It means, ‘I want to have fun, I want to stand out, and I want to be welcomed by someone.'”

Pointing to the coral, she continued, “Jessi’s inner side is so beautiful. She really likes taking care of others, and she also has a feminine side. If she got married, she’d be great at raising her kids. Because this color represents maternal love.” 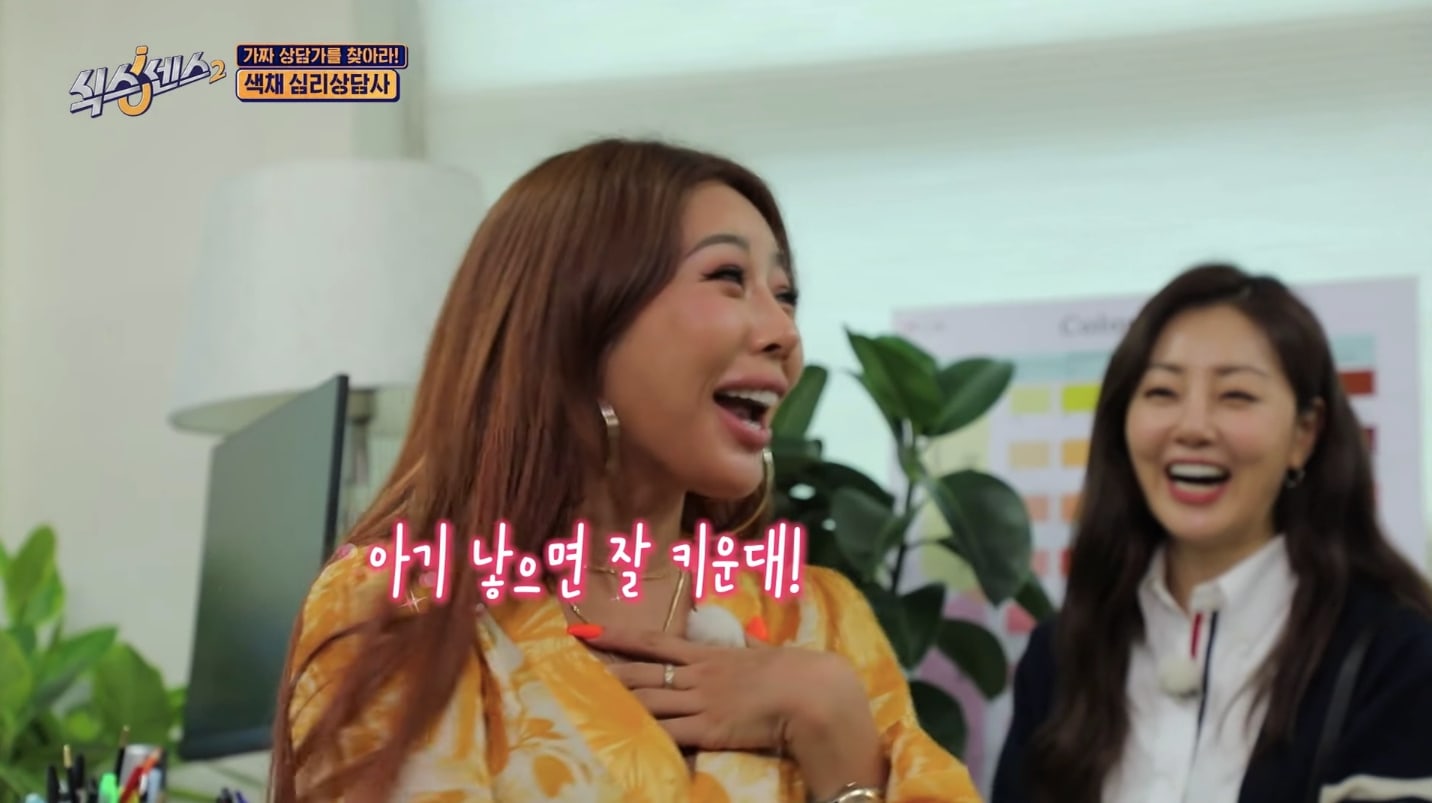 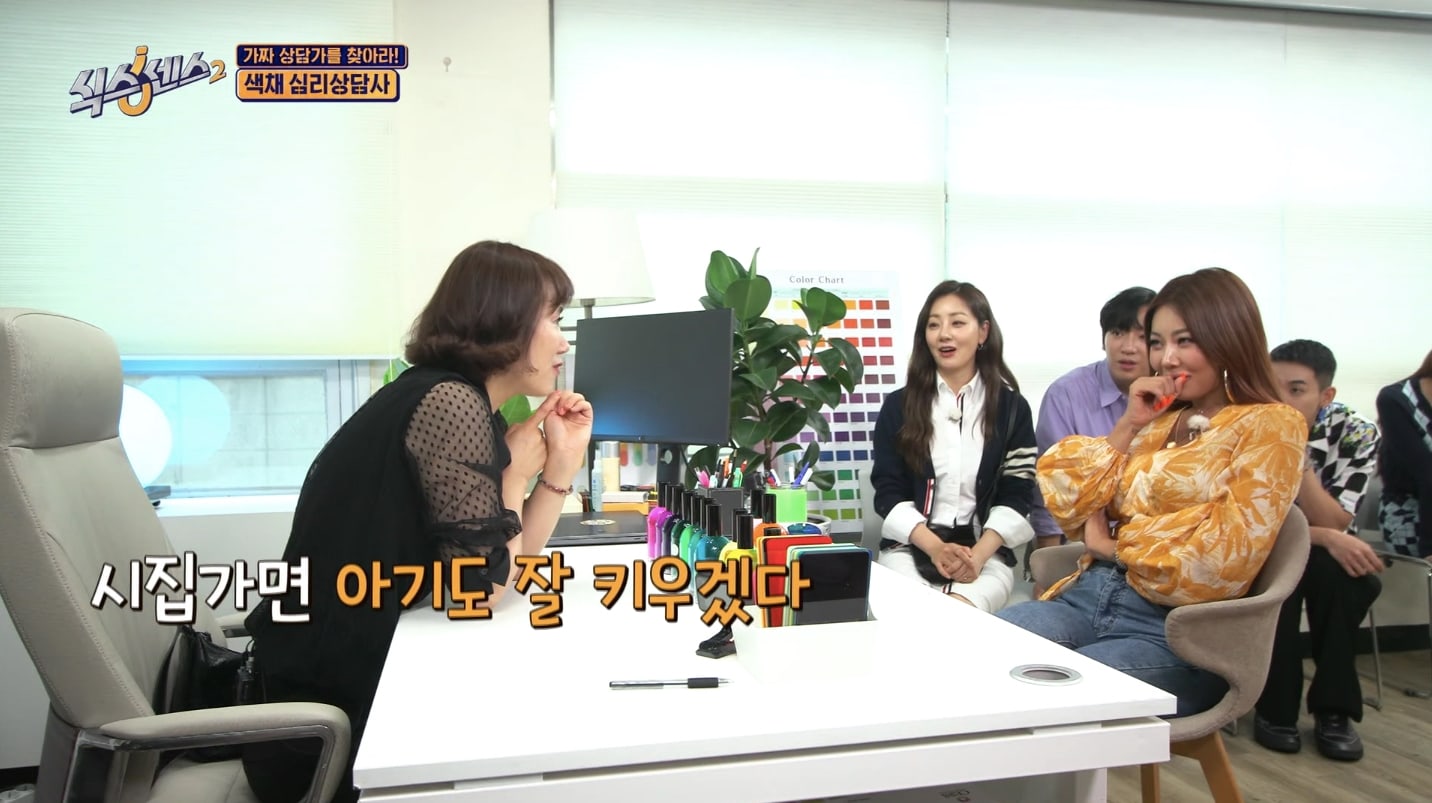 Jessi went on to explain, “Because I really want to have kids these days. I want to have three kids.” The psychologist agreed, “The color coral symbolizes motherhood. The fact that Jessi chose this color may mean that she wants to get married and become a mother.”

Hearing her words, Jessi teared up on the spot. After taking a moment to collect herself, she remarked, “I’ll make a confession here. This is real. I really mean this. While working in the music industry, I’ve made money and achieved fame and things like that. But I realized later that those things mean nothing. I wasn’t happy, because what I really wanted was a family. My dream was—”

She then broke off in the middle of her sentence in order to fight back her tears. 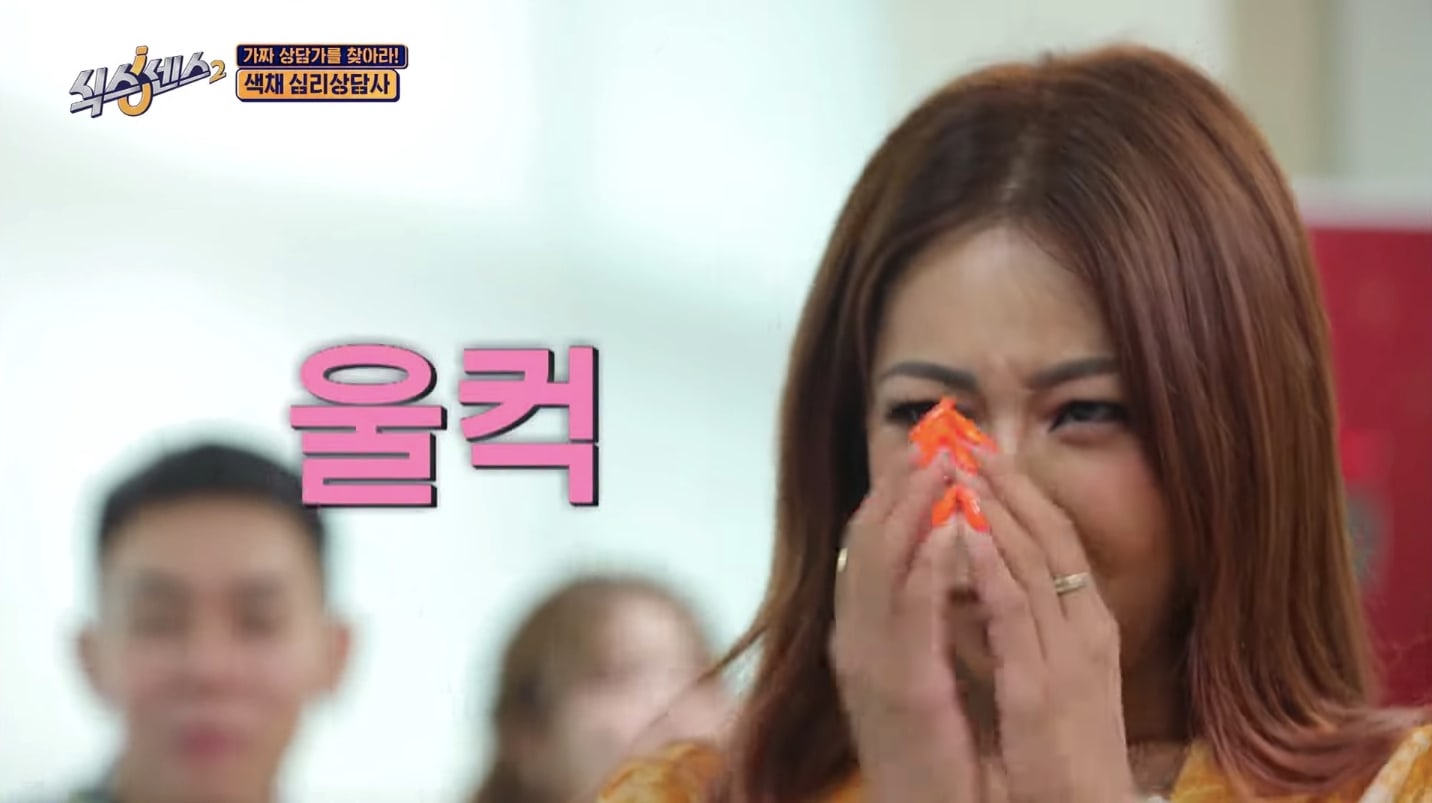 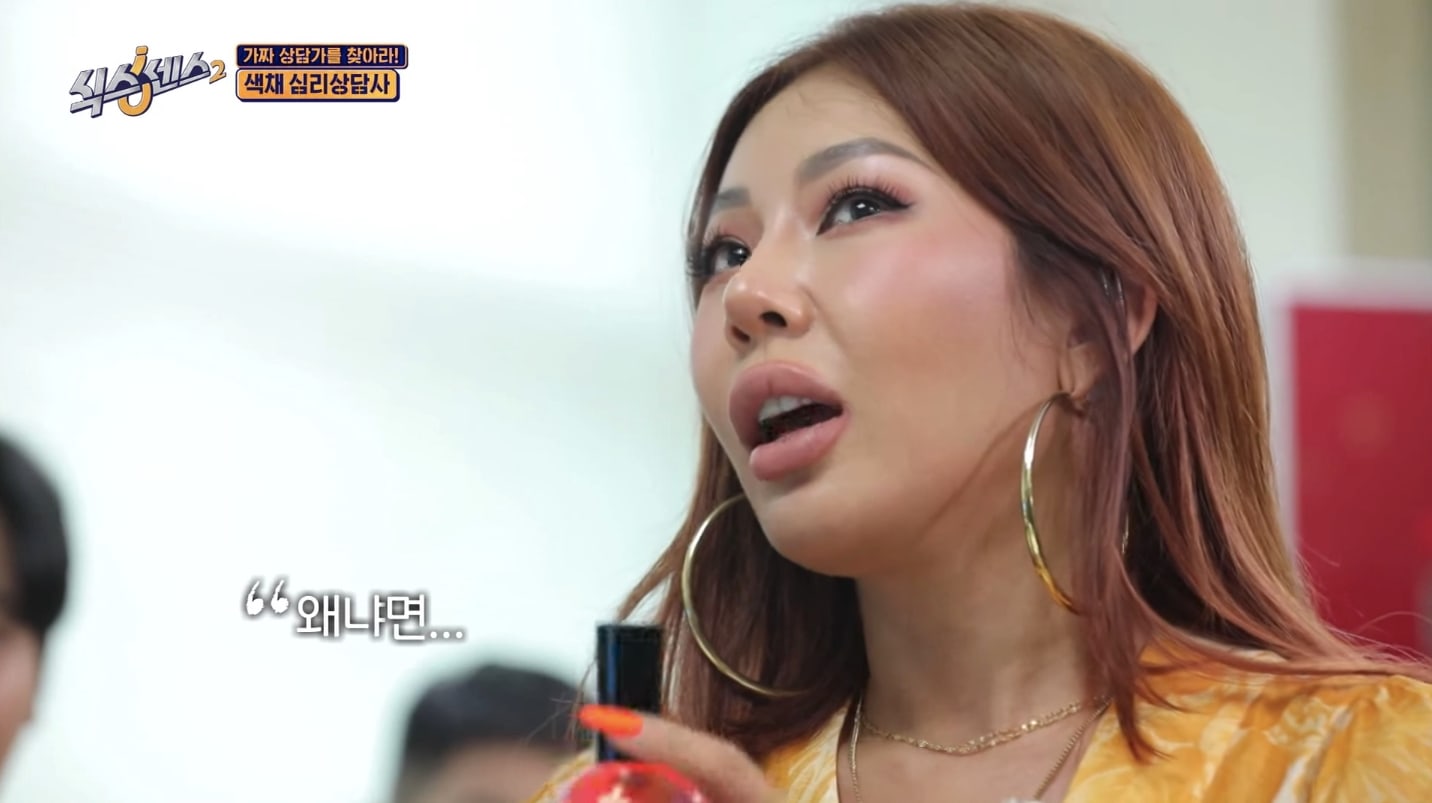 After the other cast members had comforted Jessi, Oh Na Ra turned to the psychologist and jokingly worried, “Jessi is so moved right now—if you turn out to be fake, you’ll be in big trouble.” 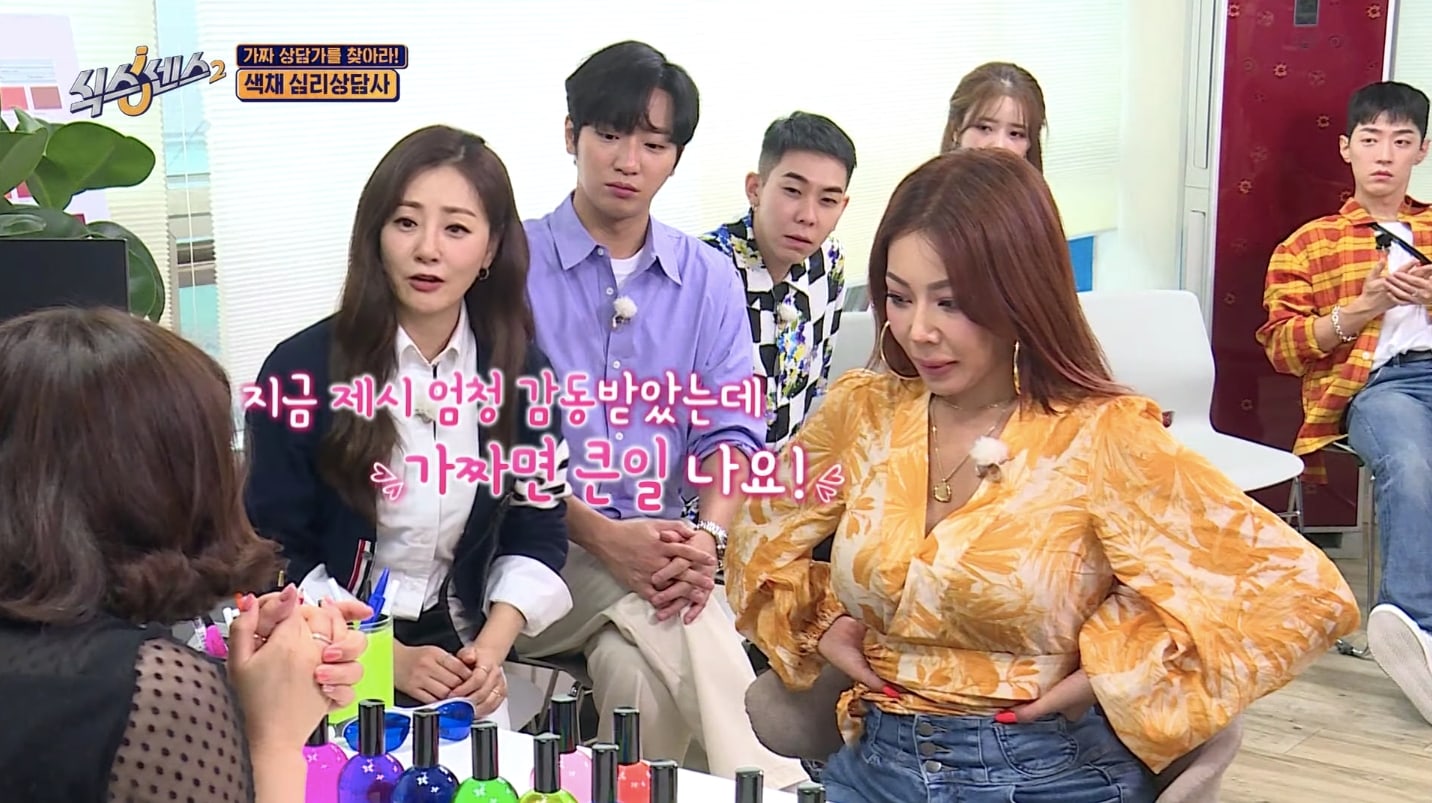 Watch Oh Na Ra in “CHIP-IN” with subtitles below!

Jessi
The Sixth Sense 2
How does this article make you feel?