KBS 2TV’s “Police University” has released another behind-the-scenes video for the drama!

“Police University” tells the story of the chaotic investigation that ensues when a professor at an elite police university teams up with a student who happens to be a genius hacker. B1A4’s Jinyoung and f(x)’s Krystal star as university students Kang Sun Ho and Oh Kang Hee, while Cha Tae Hyun stars as passionate detective-turned-professor Yoo Dong Man.

The new making-of video gives viewers a look at plenty of comedic moments from episodes 7 and 8 of the drama, such as Krystal practicing her pointed kick to Jinyoung’s leg, which ends with Jinyoung earning compliments from the director for his dramatic reactions. In another clip, the pair rehearse a scene where they attempt to buy train tickets, but Krystal is unable to hold back her laughter when she makes eye contact with Jinyoung, just as he had predicted beforehand. 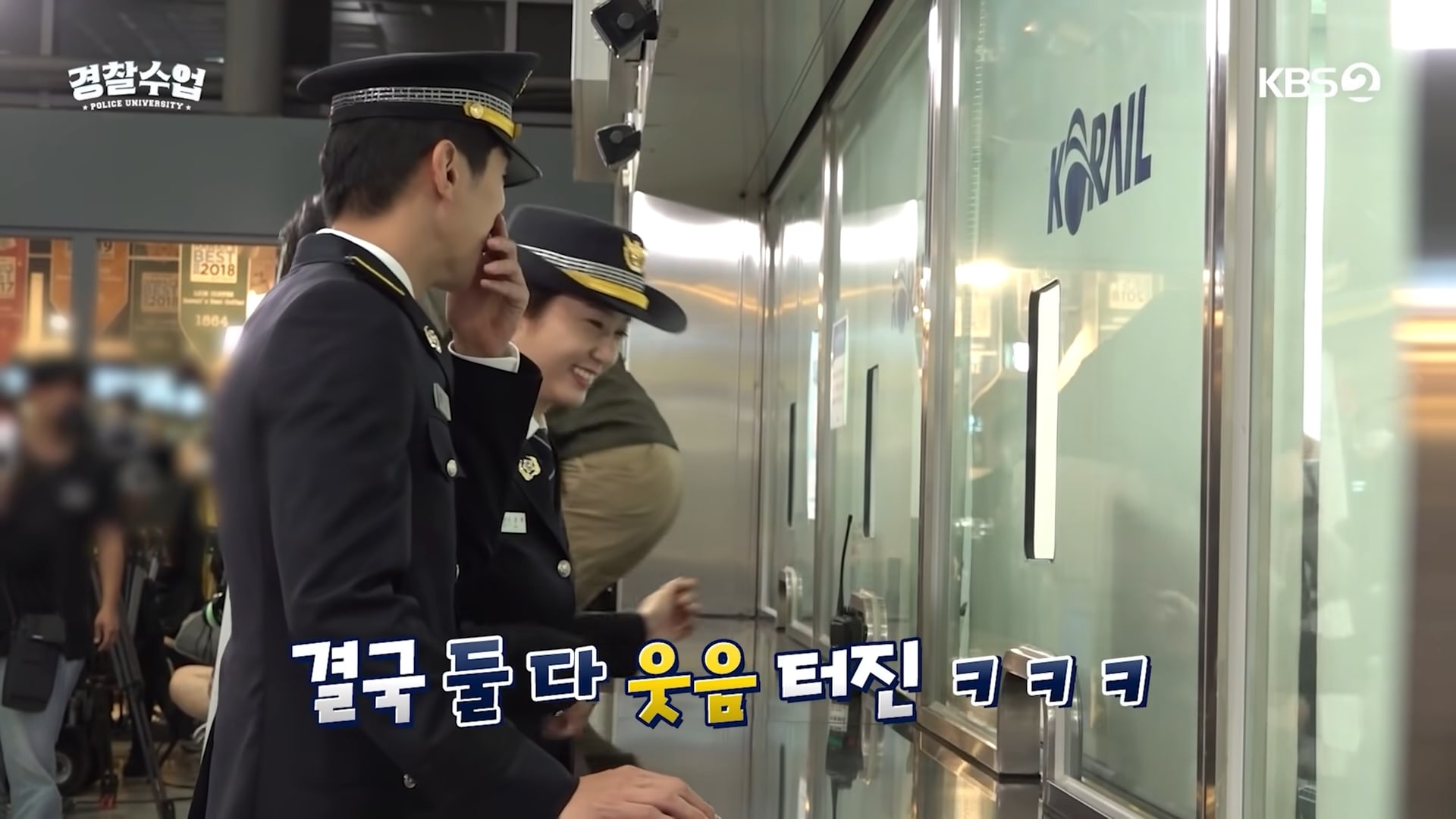 Cha Tae Hyun also pours all of his effort into his fishing scene, satisfied with the way he pulled up on the fishing rod as if he had really caught a fish. Looking pleased with himself, he repeats his actions once more despite having already received an “Okay” from the staff.

Next up, Jinyoung gets ready to film a scene in which he brings Krystal to his on-screen house. He tells the camera how nervous he is about filming such a heart-fluttering scene, and the two of them joke around beforehand by copying each other’s hand gestures. They also discuss specific details for each scene with the director to make sure every emotion is portrayed accurately.

Chu Young Woo and Krystal also seriously pore over the script before their scene, and although they complete their lines perfectly, Krystal hides her face with her hat to keep herself from laughing. Afterwards, Krystal approaches Chu Young Woo to ask him, “Did you see the fly buzzing around my face? I couldn’t concentrate.” 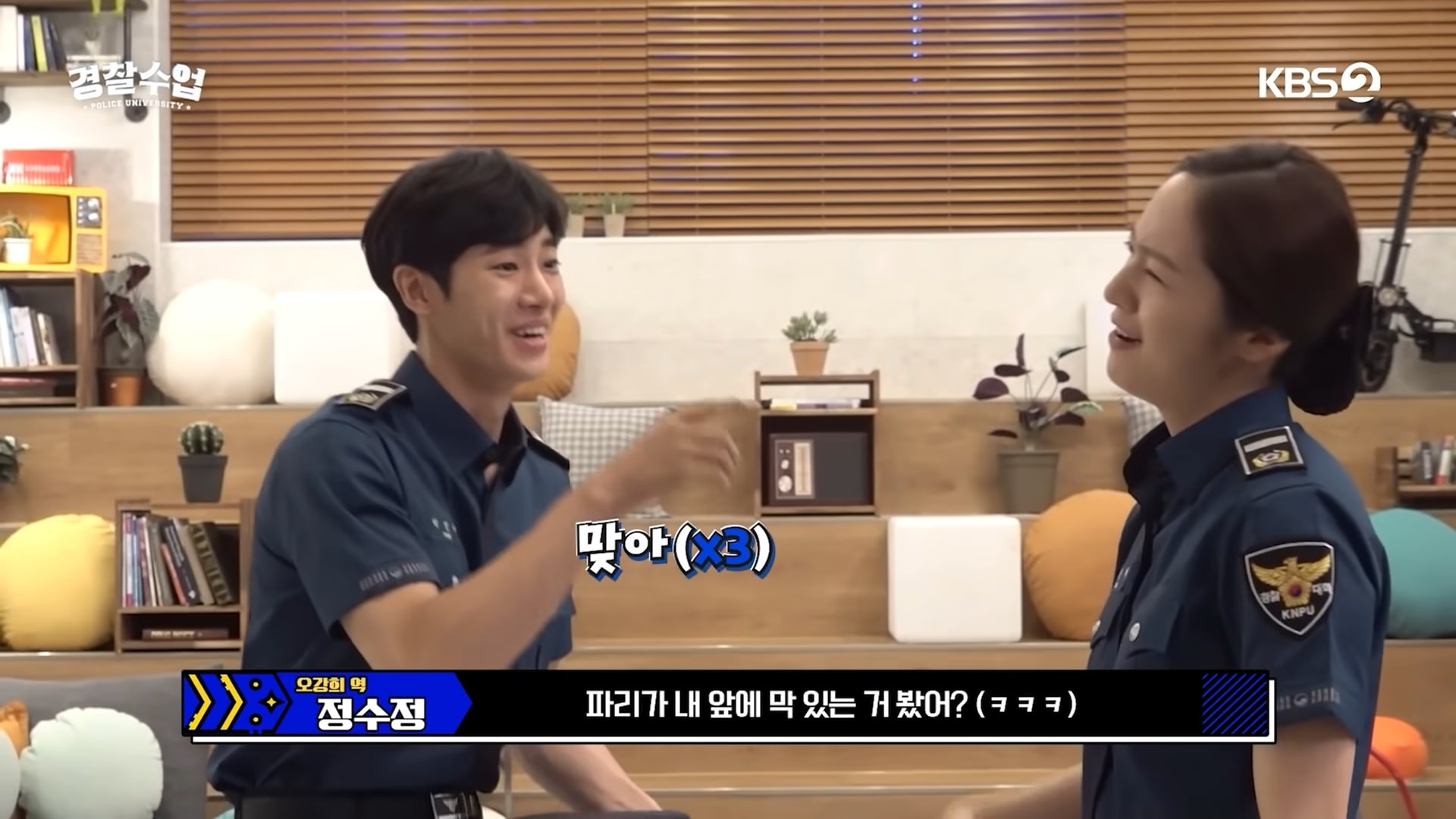 More hilarity ensues as Krystal, Jinyoung, Yoo Young Jae, and Lee Dal read through a comedic portion of the script. Yoo Young Jae recites his lines passionately, making everyone burst into laughter. He continues despite everyone else’s inability to keep a straight face, which just makes the situation worse. Lee Dal startles Jinyoung when he pours the same amount of energy and passion into his own lines, raising his voice to a yell. The director jokes, “When he has nothing else to do, he just yells.” After the actors keep joking around with different dramatic reactions, the director finally steps in to go over the appropriate emotions for the scene.

“Police University” airs every Monday and Tuesday at 9:30 p.m. KST.