In the interview that was uploaded on Esquire’s YouTube channel, Lee Min Ho answered various questions submitted by fans about his career, hobbies, and personal life.

Lee Min Ho began the interview by revealing that when he was in middle school, he competed in a citywide high jump competition. He also expressed his interest in fencing, saying he would like to learn the sport if he had the opportunity.

He was also asked what he focused on when acting as Hansu, his role in the upcoming drama “Pachinko.” Lee Min Ho responded, “I wanted to stay true to the character, so I focused a lot on how desperate they had to be to survive during that time.” He then continued to explain that he wanted to express how people could love one another in that specific era. 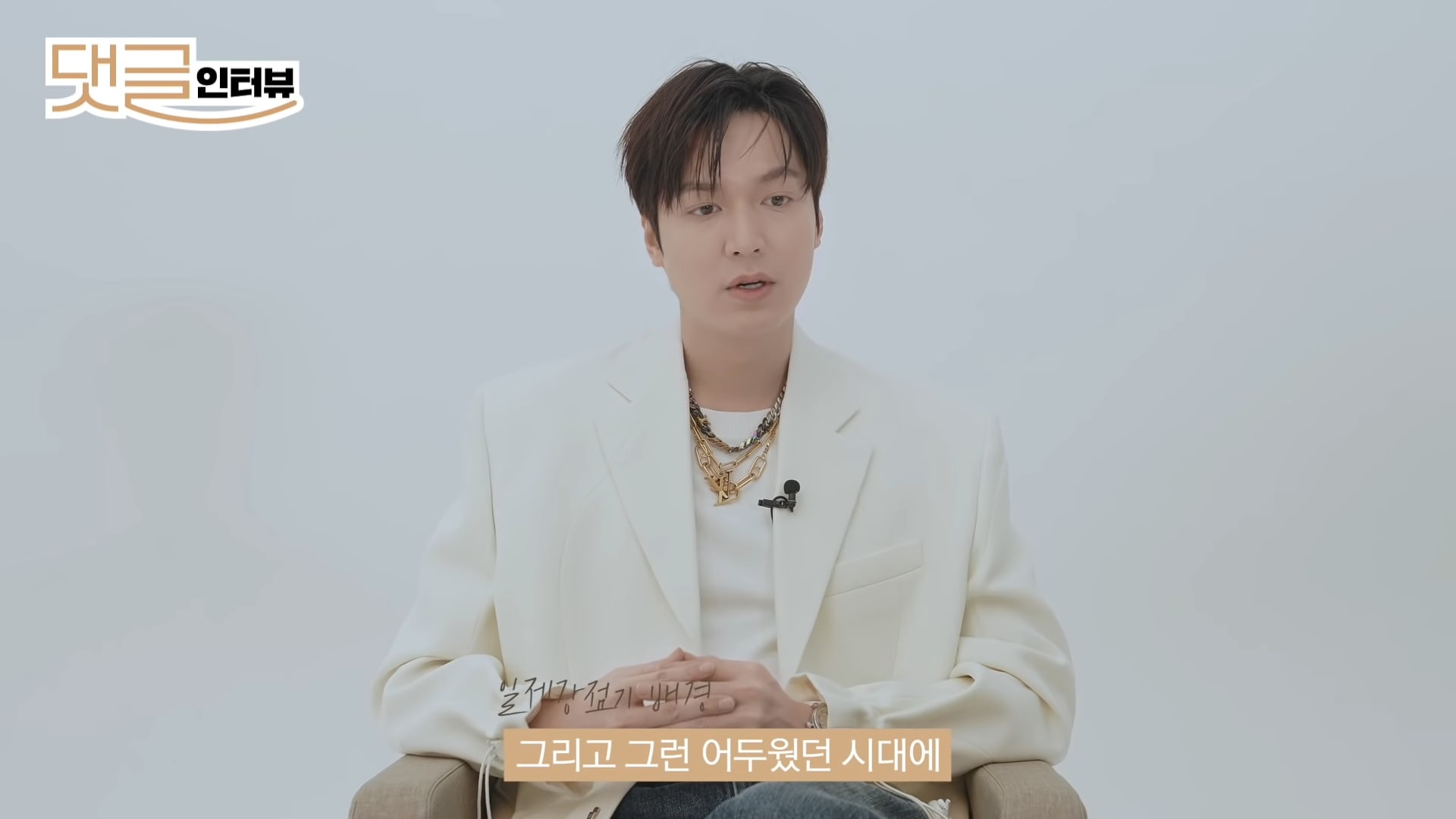 As for which character he would choose to live the rest of his life as, Lee Min Ho selected Tan from his drama “Heirs,” stating simply that he would like to go back to high school. When asked why, he said, “I want to do whatever I want for three years without the stress of entrance exams.”

Lee Min Ho also answered some random questions about his habits. He confessed that his most recent internet search term was his own name, admitting that he searches his name at least once a day. He also commented that on his days off he quarantines at home. He continued, “The days feel really short when I’m at home, so I think I spend my time at home well.”

The actor named the two things he would want to accomplish if the world were to end tomorrow: See the northern lights and tell the people closest to him that he loves them. He also revealed his fear of cucumbers, elaborating, “My fans probably know this already. Since I’m really scared of them, I try to avoid places where cucumbers are, or I try to get rid of them.”

Lee Min Ho also had a question to ask his fans. “I want to ask if they are happy right now,” he commented. “I have a personal wish that the people around me, the people who know me, and the people I know would always be happy.”

Lee Min Ho wrapped up the interview asking fans to look forward to “Pachinko.” I’ve completed filming for ‘Pachinko,’ and it’s in the post-production phase, so I’m looking forward to it being released next year,” he said. “I know that my fans are waiting for my next project, so I hope that this drama will turn out well and become a great gift for my fans.”

Watch the full interview with English subtitles below!

Also check out Lee Min Ho in “Heirs” below:

Esquire
Lee Min Ho
How does this article make you feel?