SBS’s “Lovers of the Red Sky” has released new stills ahead of the upcoming episode.

“Lovers of the Red Sky” is a fantasy historical drama about the world of humans caught between demons, evil forces, and gods. Kim Yoo Jung stars as Hong Chun Gi, the Joseon Dynasty’s only female painter, and Ahn Hyo Seop stars as Ha Ram, a blind astrologer.

Hong Chun Gi and Ha Ram have been connected by fate since they were children. Ha Ram lost his sight and his eyes turned red when Ma Wang, the god of death, was sealed inside him. To rob Ma Wang of his powers, Ha Ram’s eyesight was given to Hong Chun Gi instead, who was born blind. Now, Ma Wang is on the hunt for Hong Chun Gi in order to take his eyes back from her.

In the new stills, Hong Chun Gi walks alone in the dark woods with only a lantern to guide her steps. As if she senses a presence around her, she stops and stares off into the distance as Ma Wang’s hand reaches out for her face. 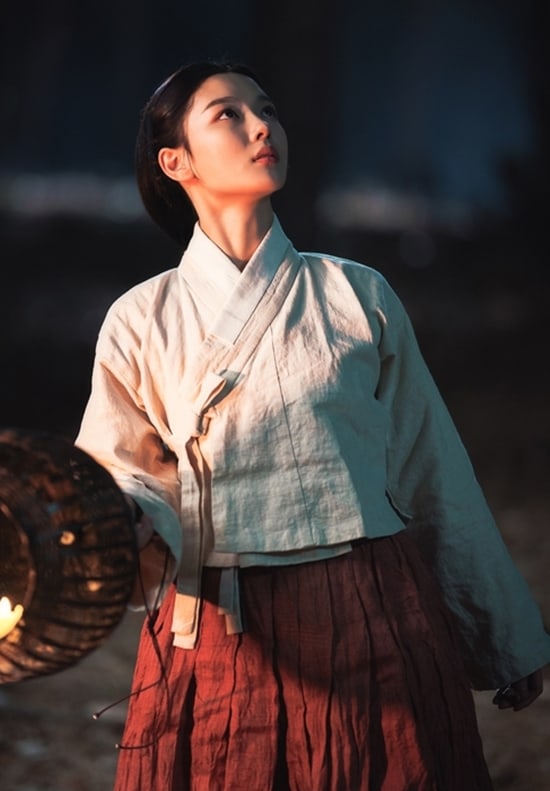 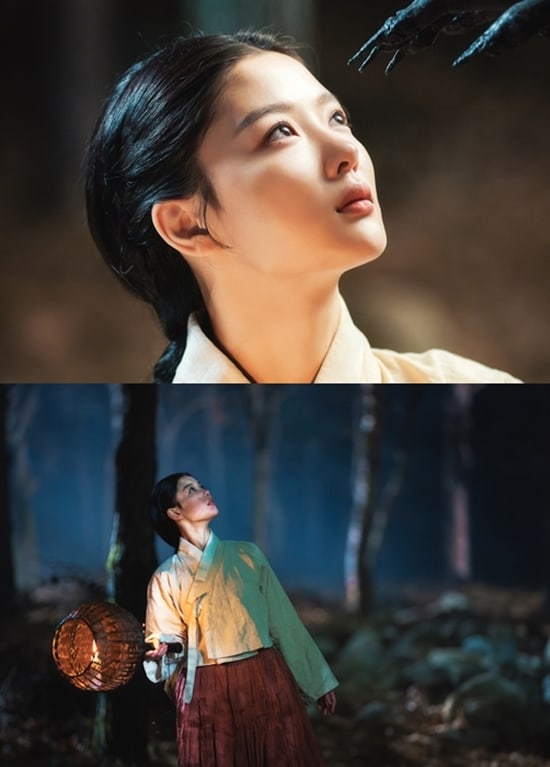 The production staff stated, “As Hong Chun Gi is thrown into imminent danger, Ma Wang’s appearance will create waves in the story. Please look forward to the combination of thrilling suspense and fantasy scenes.”

SBS also previewed some stills of Gong Myung, who plays Prince Yangmyeong. He is a romantic at heart and cultivates his love for art, unlike the more ambitious Prince Joohyang (played by Kwak Si Yang). He first made his appearance in episode 2 and made an impression with his free-and-easy, optimistic personality, describing himself as the “beautiful prince.” He will begin to be intertwined with Ha Ram and Hong Chun Gi’s story starting in episode 3.

In the stills, Prince Yangmyeong shows both his love for culture, as evidenced by his carrying various books, but also his penchant for getting into trouble. He causes chaos around him as he worries over his ripped clothes, even though he is actually dressed as his steward Go Pil (Go Kyu Pil). As he is friends with Ha Ram and connected to Hong Chun Gi through their mutual love for art, it is inevitable that he will get caught up in their stormy fate. 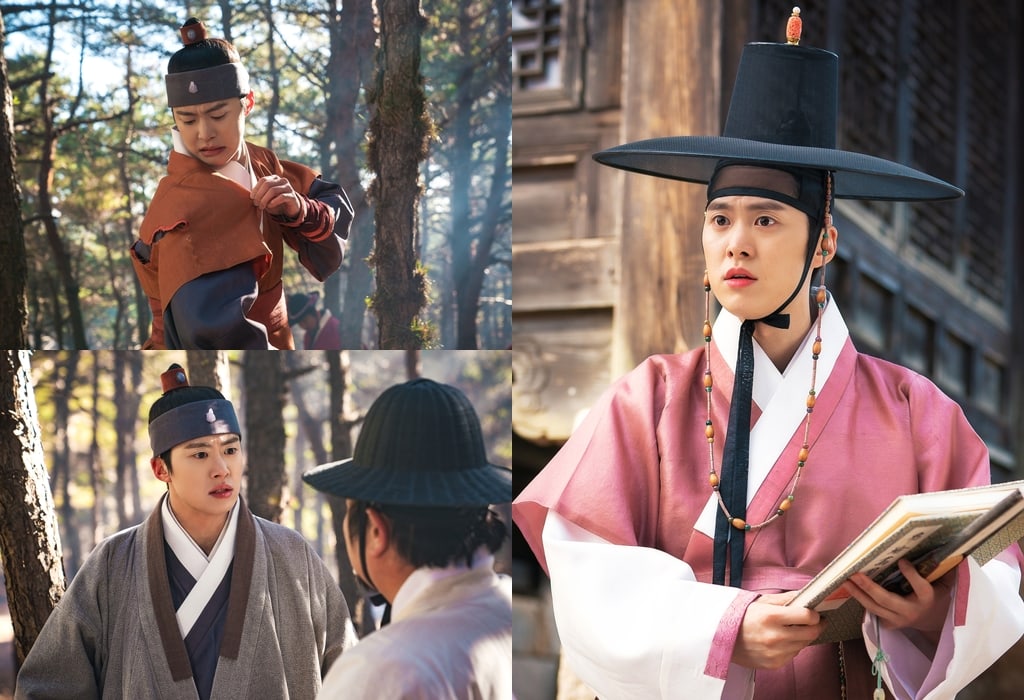 The production staff stated, “Gong Myung will add depth to the storyline as he becomes more connected to Ahn Hyo Seop and Kim Yoo Jung. Prince Yangmyeong makes viewers smile whenever he appears on screen, so please look forward to the unique chemistry he will have with Hong Chun Gi and Ha Ram and the energy he brings to the drama.”

Watch “Lovers of the Red Sky” on Viki: