Several characters will be on edge in the upcoming episode of KBS’s “Police University”!

In previous episodes, Kang Seon Ho (Jinyoung) joined forces with Oh Kang Hee (Krystal), Jo Joon Wook (Yoo Young Jae), and No Beom Tae (Lee Dal) to save Yoo Dong Man (Cha Tae Hyun) from being framed for soliciting cheating behavior on examinations. The students secured the evidence that proved Yoo Dong Man innocent and went to the authorities to show what they had, but Yoo Dong Man had already made a false confession for the sake of his longtime colleague Park Chul Jin (Song Jin Woo). However, Park Chul Jin eventually confessed to his crime himself.

In the new stills for the upcoming episode, Yoo Dong Man and Kang Seon Ho face off in a judo confrontation. Although the two of them could simply be doing physical training together, there is tension in the air between them. Yoo Dong Man shows his charisma as a professor and longtime detective, but Kang Seon Ho doesn’t back down and grabs for Yoo Dong Man. In the next breath, however, he is on the floor. 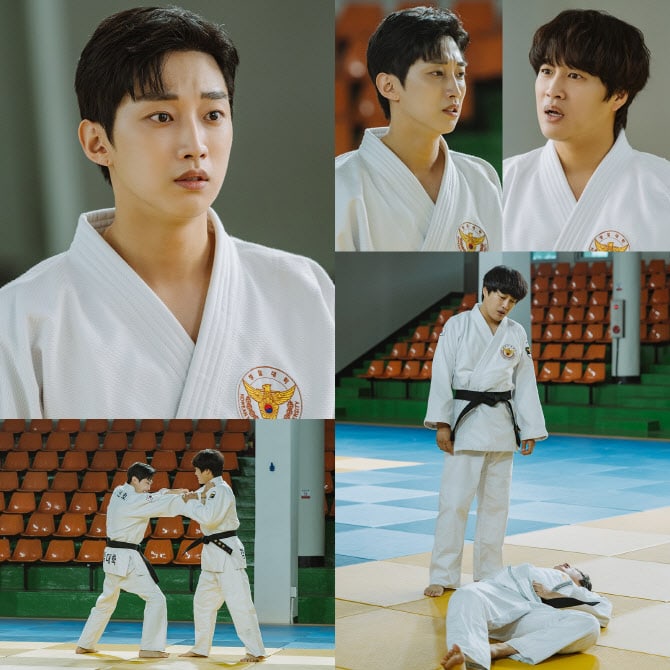 The production staff stated, “Their relationship, which has weathered several dangers thus far, will change after a heart-to-heart talk. Please look forward to their joint investigation story as they develop a friendship that goes beyond a teacher-student relationship.”

The drama also shared new stills of Krystal and her mother, Ms. Oh (Kim Young Sun). At the police university, Oh Kang Hee earned special privileges to leave the school, and went to see her mother’s trial for gambling. Oh Kang Hee recognized that her mom, who normally avoids people’s eyes when lying, appeared to be telling the truth. Kang Seon Ho, who was with Oh Kang Hee, also recognized that the place that Ms. Oh was associated with was the site that he had hacked.

In the new stills, Oh Kang Hee and Ms. Oh have a meeting in the interview room of the prison. Although Ms. Oh is in prison, she has lost none of her self-confidence that she had in court. Oh Kang Hee approaches her mother with a serious, determined look, but learns a shocking truth related to the illegal gambling charges. 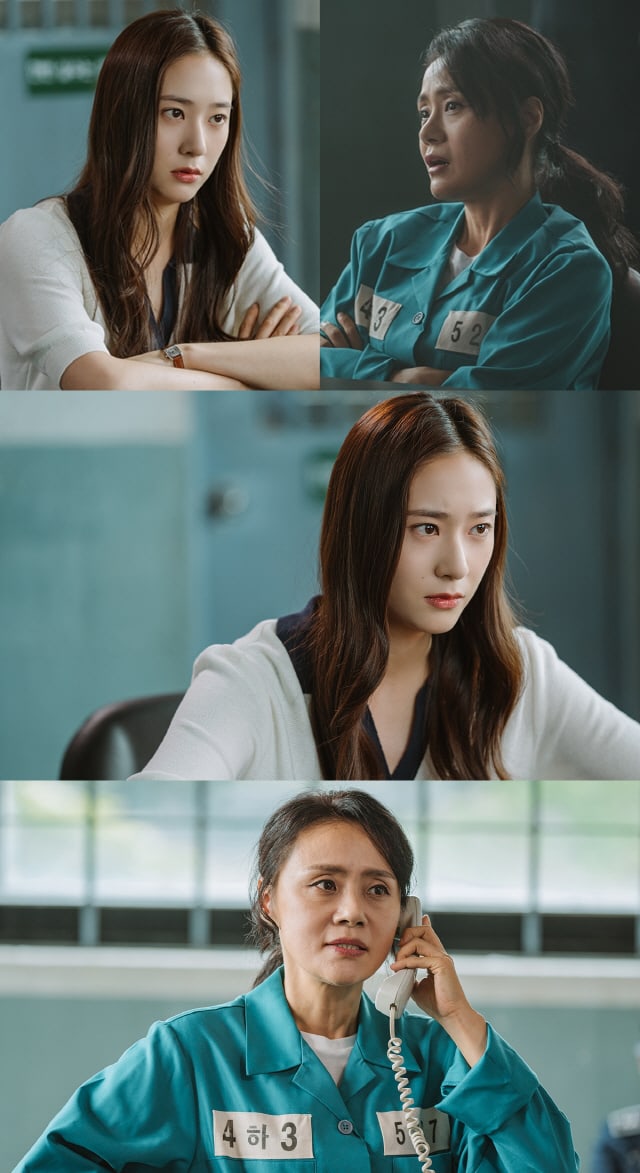 The production staff stated, “The dark shadow that has been hidden until now will make its true appearance. Will Oh Kang Hee, who smells something suspicious, get through this danger safely, and find out who has been shaking up the police university?”