Ahn Hyo Seop Talks About His Drinking Habits, Challenges While Acting In “Lovers Of The Red Sky,” And More

Ahn Hyo Seop appeared as a guest on the September 5 broadcast of SBS’s “My Little Old Boy”!

Currently, Ahn Hyo Seop is starring as the lead of SBS’s “Lovers of the Red Sky,” which premiered a few weeks ago. “Lovers of the Red Sky” is a fantasy historical drama about the world of humans caught between demons, evil forces, and gods. Kim Yoo Jung stars as Hong Chun Gi, the Joseon Dynasty’s only female painter, and Ahn Hyo Seop stars as Ha Ram, a blind astrologer.

When asked if was difficult to play a character who is blind, Ahn Hyo Seop explained, “My dilemma was that I shouldn’t have been able to see in front of me, but I could actually see. It was difficult pretending that I couldn’t see what I could see. It also wasn’t easy to act while not meeting the eyes of my peers.” 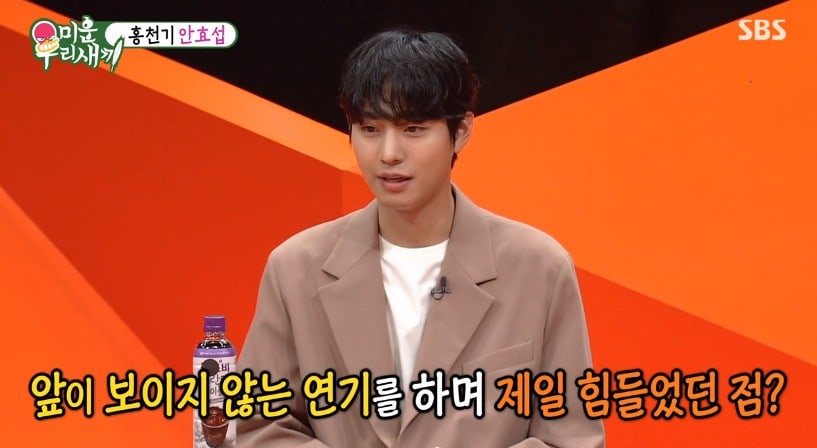 He continued, “Since it’s a sageuk (Korean historical drama), I get both cold and hot because of the outfit. There were a lot of physical difficulties. Personally, I thought the sageuk way of speaking and tone were difficult. It’s something I don’t use on a normal basis, so it took some time to get used to.”

Ahn Hyo Seop also revealed that he enjoys drinking beer and soju at home. He explained, “Whether someone is there or whether I’m alone, at the end of the day is a drink. I drink like it’s a present I give to myself. I barely drank yesterday because of the recording, but I drink two to three bottles of soju on a resting day if I’m drinking a lot and one bottle of soju if I’m drinking a little. I mostly drink alone, and I eat comfortable food like steamed or fried eggs.” He added that he particularly enjoys drinking alone, causing Shin Dong Yup to comment that he’s an alcohol enthusiast. 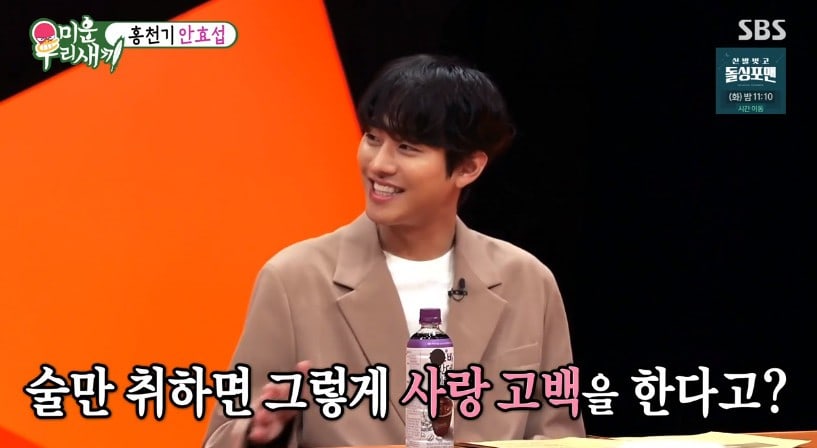 The actor shared that although he has a tsundere (seemingly cold on the outside, but thoughtful on the inside) personality on a normal basis, he gets more affectionate when he’s drunk and confesses his love to the people around him. Ahn Hyo Seop elaborated, “I think that the closer you are, the more you should express that. Since I normally can’t express [my feelings] to my friends, I borrow the power of alcohol to express that. I normally say, ‘I love you,’ while hugging them.”

Ahn Hyo Seop mentioned that he had started living in Korea alone since the age of 17 after moving from Canada. He shared, “My parents worried a lot. They were concerned until before I made money, but now that I earn enough to make a living, they support me a lot.” Having lived alone for 13 years, Ahn Hyo Seop shared that he is familiar with basic cooking. 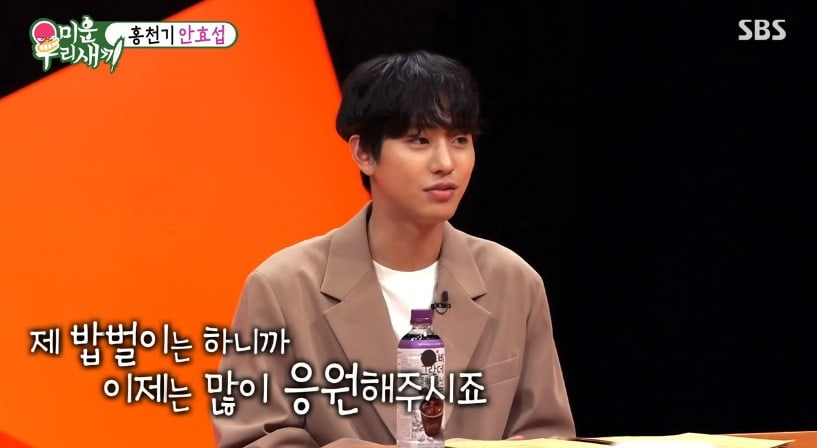 Watch “My Little Old Boy” below:

Also check out Ahn Hyo Seop in “Lovers of the Red Sky” here!

Ahn Hyo Seop
My Little Old Boy
Lovers of the Red Sky
How does this article make you feel?