tvN’s upcoming drama “High Class” has shared a sneak peek of a tense conflict in the principal’s office!

“High Class” is a new mystery drama set at an ultra-luxurious international school located on an island paradise. Jo Yeo Jeong will star as Song Yeo Wool, a successful lawyer who loses everything when she is framed for her husband’s murder. She unexpectedly begins to unravel the mystery behind her husband’s death when the mother of one of her son’s classmates turns out to be her late husband’s mistress.

In newly released stills from the drama’s first episode, Song Yeo Wool and her son Ahn Yi Chan (played by Jang Sun Yool) meet with three of his classmates and their mothers in the principal’s office. Nam Ji Sun (Kim Ji Soo), a chaebol heiress and the queen bee of the mothers at the school, levels Song Yeo Wool with a frosty glare during the confrontation, while Song Yeo Wool defiantly returns her gaze without backing down.

Also present at the meeting are fellow mothers Cha Do Young (Gong Hyun Joo), a former A-list actress who isn’t shy about being self-absorbed, and Hwang Na Yoon (Park Se Jin), the only mother to truly welcome Song Yeo Wool to the school. 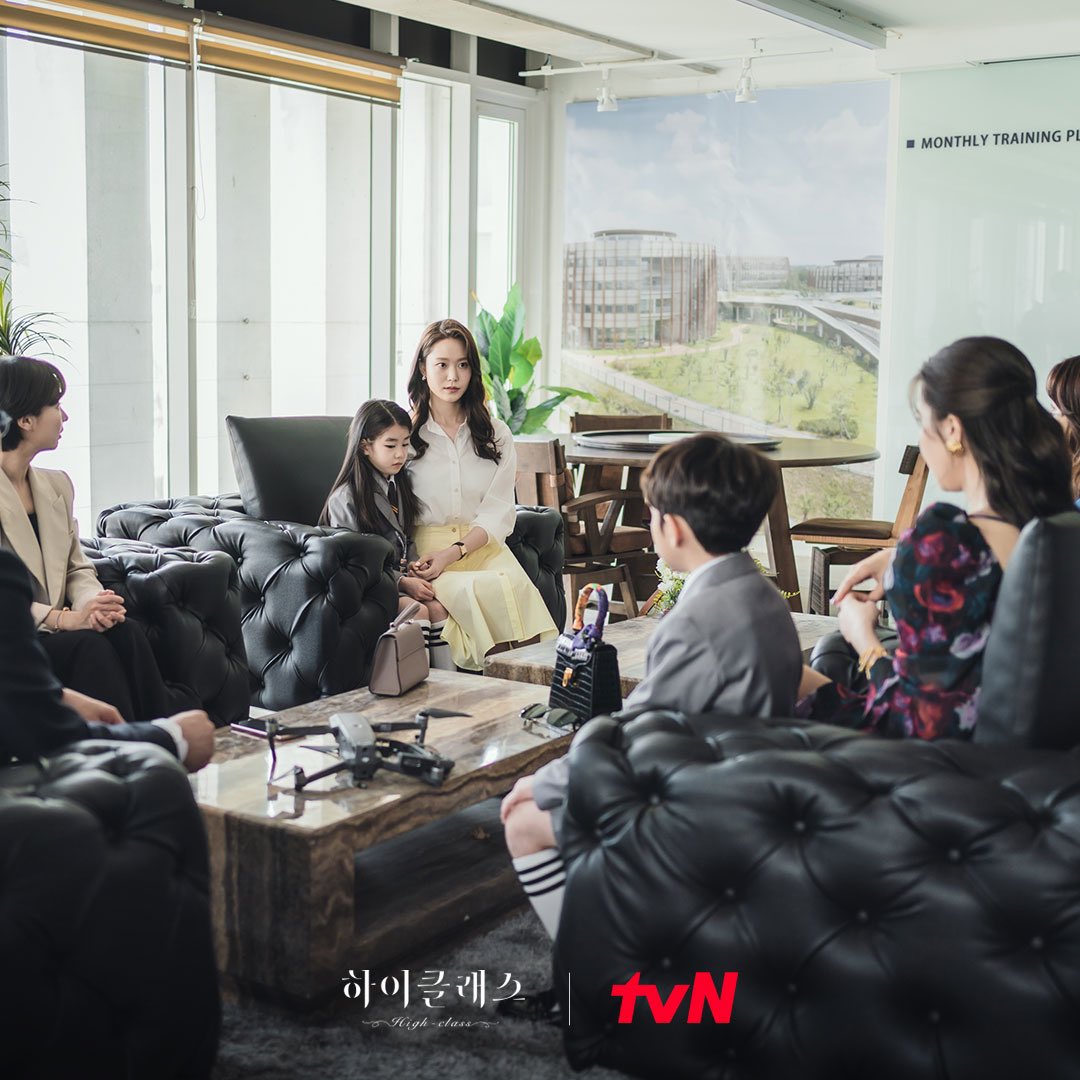 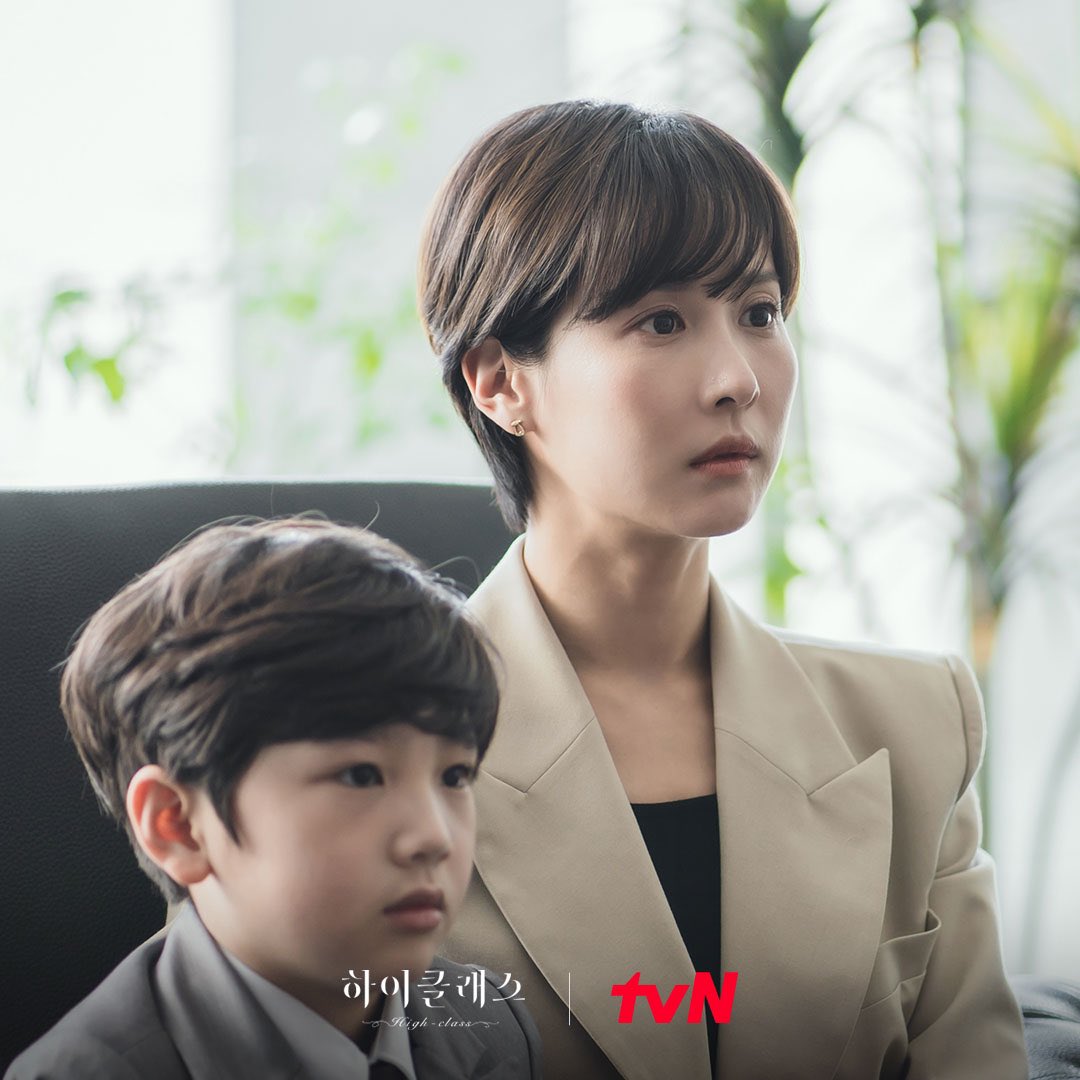 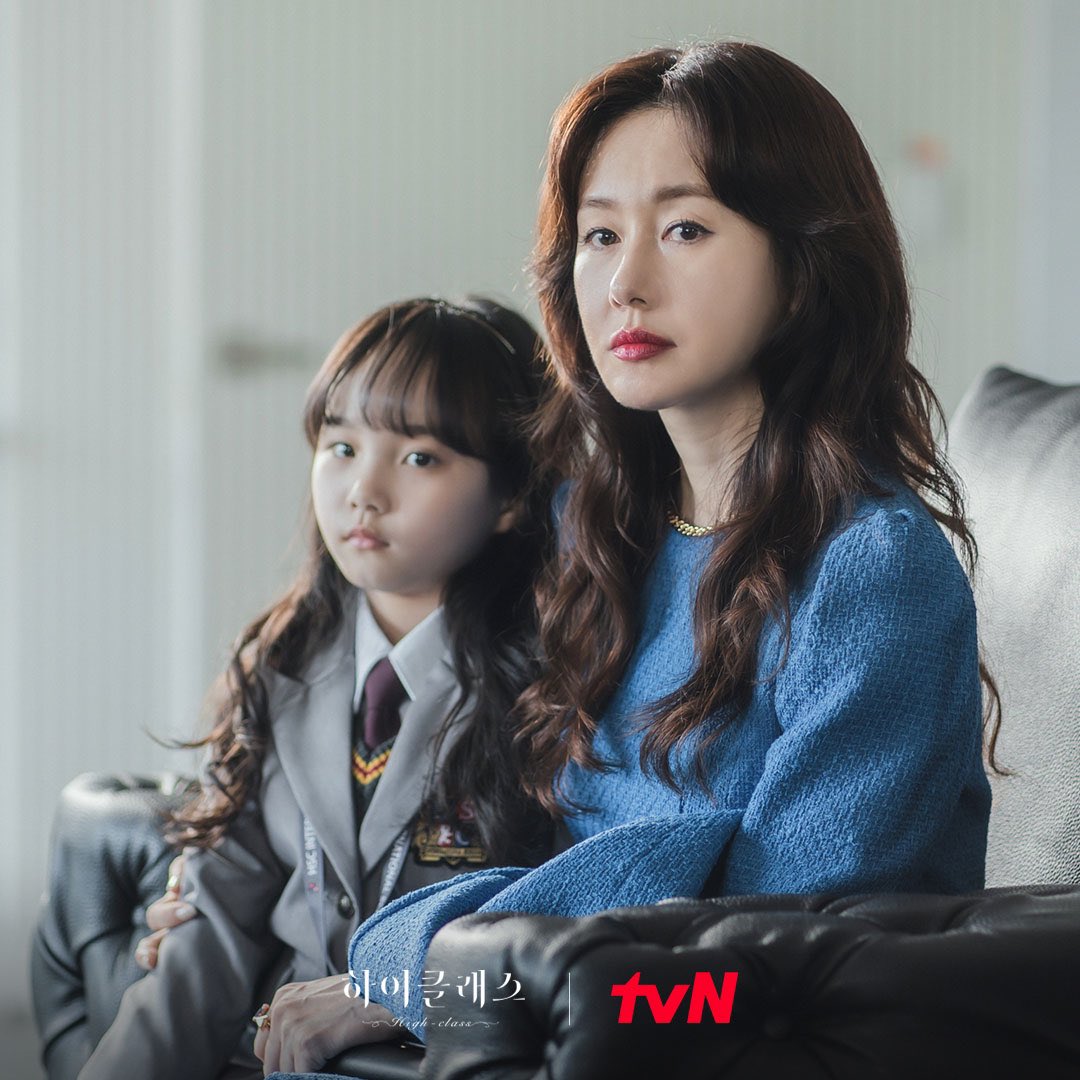 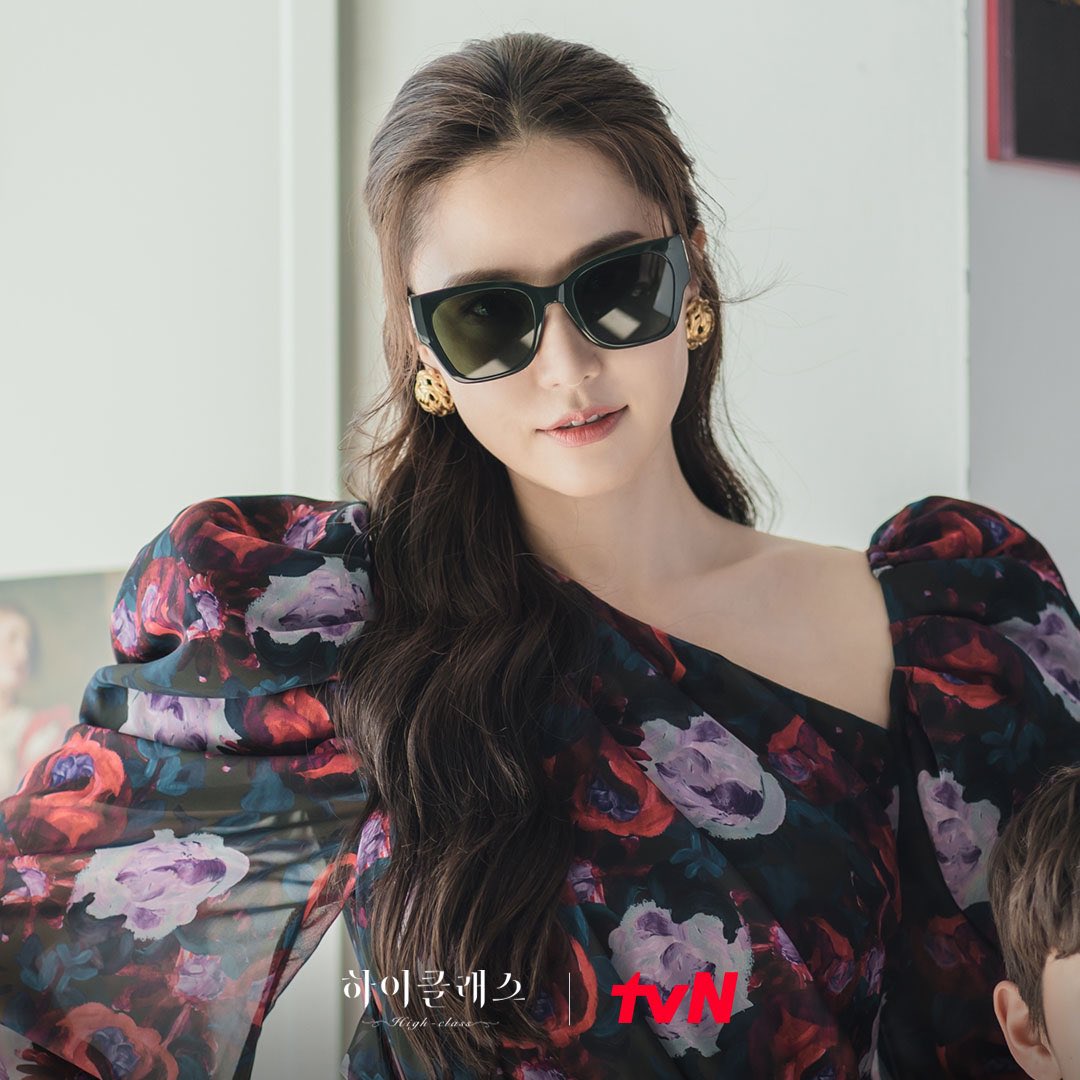 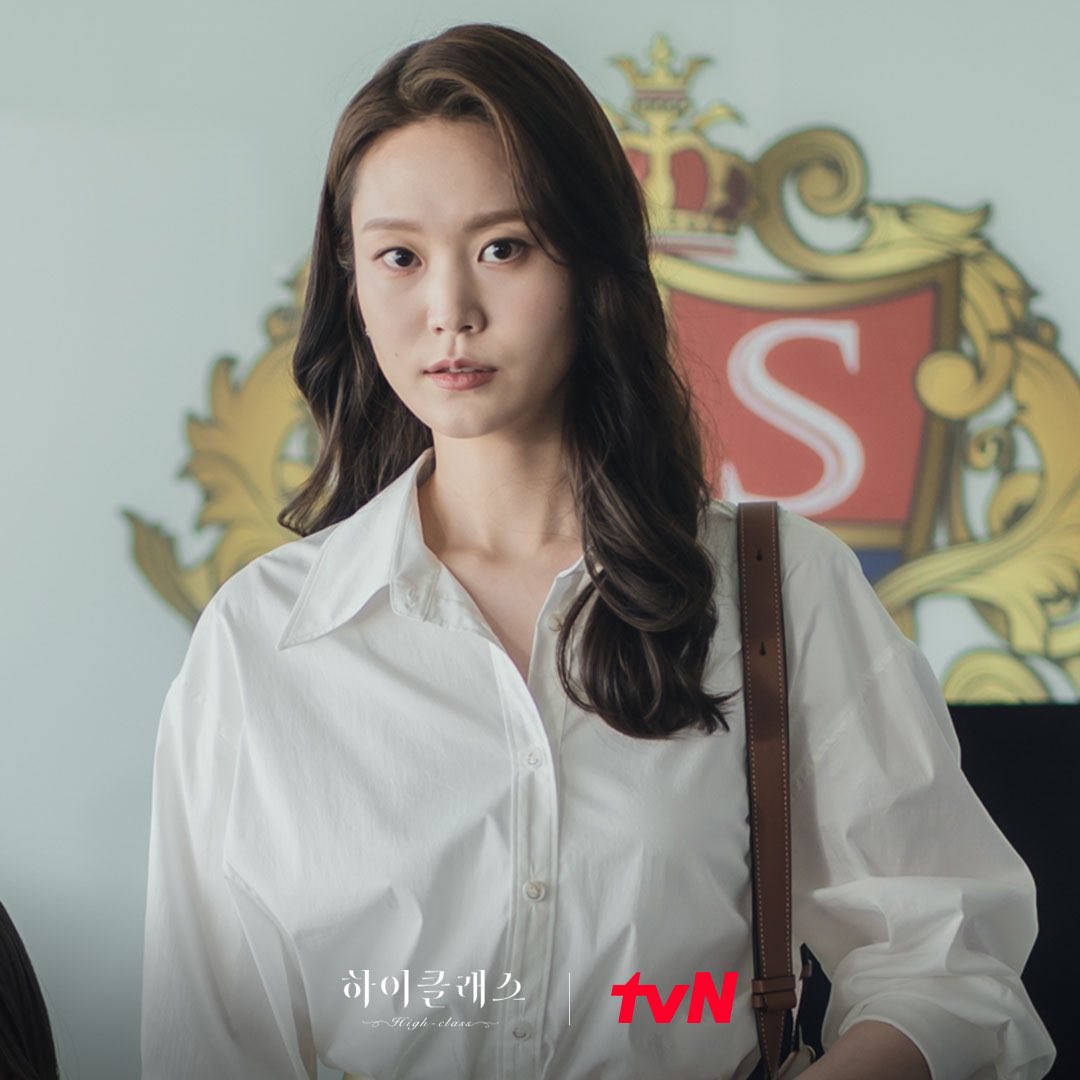 The producers of “High Class” teased, “The plot [of the drama] will unfold in a fast-paced whirlwind from the very episode. Song Yeo Wool will face off against the parents of the school, each of whom is hiding a different secret, and there will be no time to take your eyes off the story as she gets caught up in an unexpected storm. Please look forward to ‘High Class,’ which will air its first episode on September 6.”

“High Class” will premiere on September 6 at 10:30 p.m. KST. Check out a teaser for the first episode here!

In the meantime, watch Jo Yeo Jeong in her previous drama “Cheat on Me If You Can” with subtitles below: