KBS drama “The King’s Affection” has announced its premiere date!

Rowoon will take the role of Jung Ji Woon, Lee Hwi’s teacher. He is a teacher from the Crown Prince sikangwon, a government office for the sole purpose of educating crown princes. He is described as a handsome man who is bold, persevering, and tenacious, but also tends to take life as it comes and lives free from worldly concerns as an optimist who enjoys life. As the son of a government official in the Saheonbu (an investigative government office), his future seemed clearly set out for him. However, there was a reason that he chose to go his own path and leave the easy road behind.

On September 6, KBS unveiled the teaser poster for the drama and announced that it would premiere on October 11.

The newly released poster features Lee Hwi and Jung Ji Woon. They are facing each other, and although only their silhouettes can be seen, they captivate fans with their heart-fluttering eye contact and apparent height difference. As their feelings for each other deepen, the inevitable shadow of fate will also grow darker. 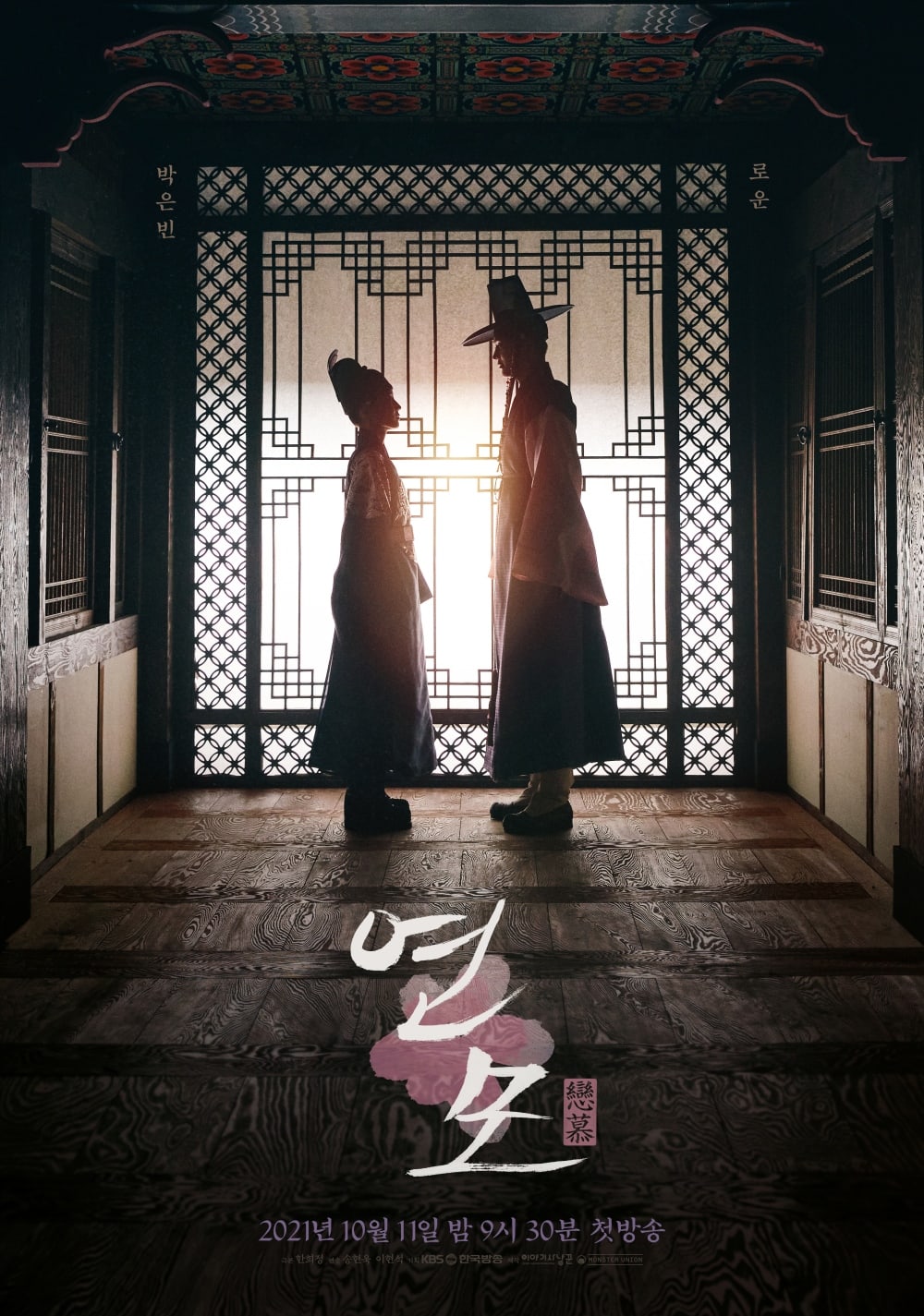 The production team shared, “Even on the actual set, the beautiful atmosphere surrounding Park Eun Bin and Rowoon brought out the sentimental feelings of love. What would it have been like if there was a king who disappeared into the background of history? Please give a lot of attention [to the drama] and look forward to October 11 when their inevitably intertwined fate will begin in that kind of imaginary [situation].”