SBS’s upcoming drama “One the Woman” has shared a fun new poster!

“One the Woman” is a comedy drama about a corrupt prosecutor trying to regain her memories after getting amnesia and switching lives with a chaebol daughter-in-law who looks exactly like her. Honey Lee stars in dual roles as the corrupt prosecutor Jo Yeon Joo and chaebol daughter-in-law Kang Mi Na. Lee Sang Yoon co-stars as Han Seung Wook, a third-generation chaebol who still has feelings for his first love.

As Kang Mi Na, Honey Lee faces brutal treatment from the chaebol family after it was revealed that she was born out of wedlock. On the other hand, Jo Yeon Joo delivers a sense of catharsis as she is a hot-tempered character who isn’t afraid to spit out whatever she wants to say. Han Seung Wook was born a third-generation chaebol but was pushed out of the line of succession after his father’s sudden death. After moving to the United States and establishing himself as a first-generation chaebol, he returns to Korea to get revenge and solve his father’s murder.

The poster shows both these characters’ determination to stand up to those who have crossed them. They will uncover satisfying truths behind the wicked deeds of villainous chaebol families and all those who abuse their power. Unlike her usual tracksuits, Jo Yeon Joo looks ready for action in a fitted suit. Han Seung Wook also opts in favor of a suit and strikes the same pose as she does, hands on their hips like confident superheroes. 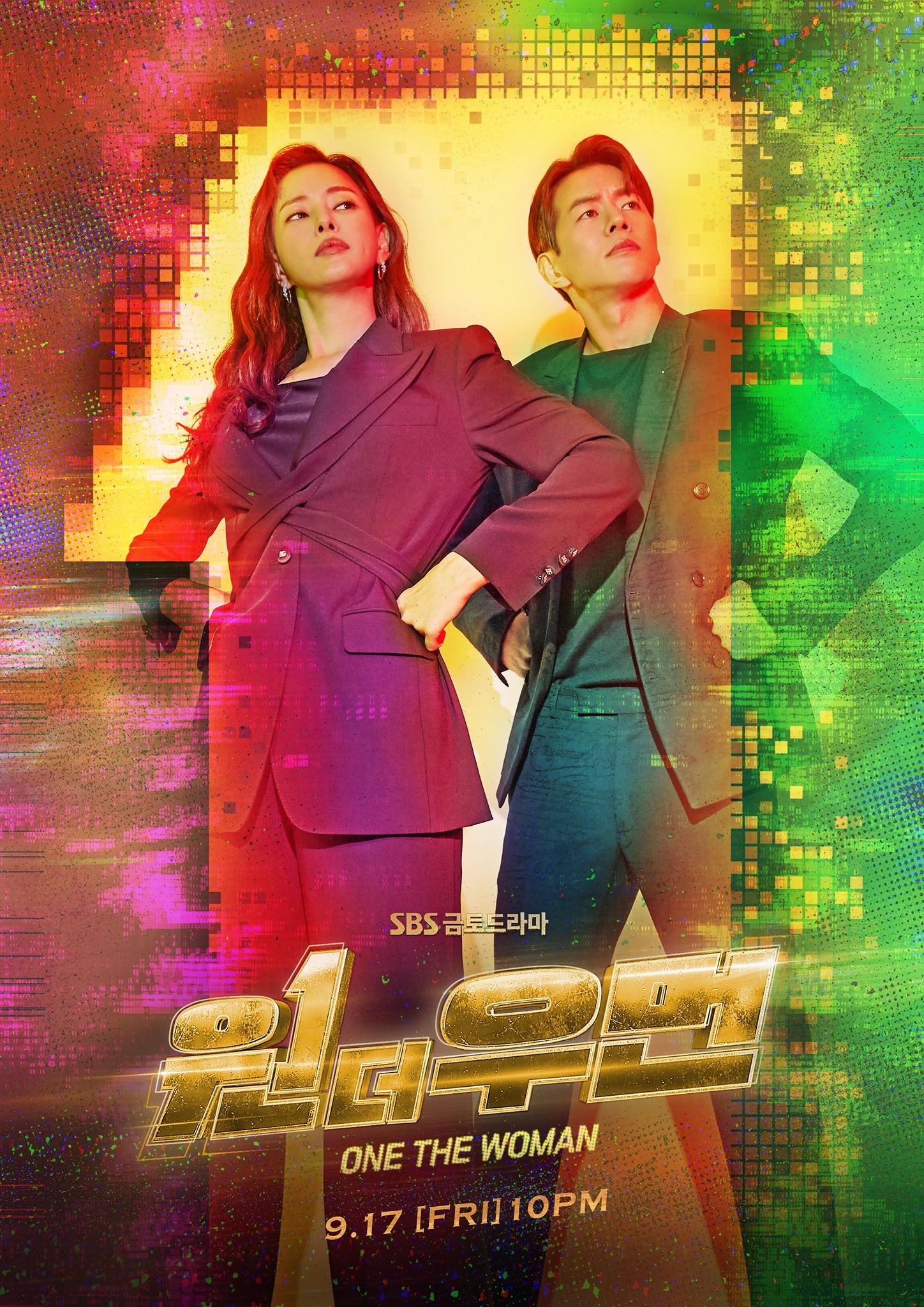 Catch Honey Lee in “The Fiery Priest” below!