DAY6’s Young K Talks About Making His Solo Debut, His Upcoming Enlistment In KATUSA, And More

On September 6, DAY6’s Young K held an online press conference for the release of his solo debut mini album “Eternal.”

About making his solo debut, Young K said, “I wanted to make an album that contained my sincere desire to sing for as long as I can. Since it’s music that I wanted to make, it could have a different musical vibe than what I’d done before. My biggest wish was to do as much as I could this year. Rather than the planning process, it was in the production process that I learned a lot about myself.”

He continued, “This album has as its basis the thoughts and the mindset that I currently have right now. I would be grateful if it could convey whatever feelings that I have right now. Although I feel a sense of pressure and anxiety about releasing a solo album, I would like it if it could bring comfort in any way to those who listen to it.”

Young K elaborated on the meaning of his solo album, saying that it has the values of the artist “Young K” but also the human “Kang Young Hyun.” The title of the album, “Eternal,” comes from the Korean word for “eternal” (young won), which takes the “young” from both his real name and his stage name. 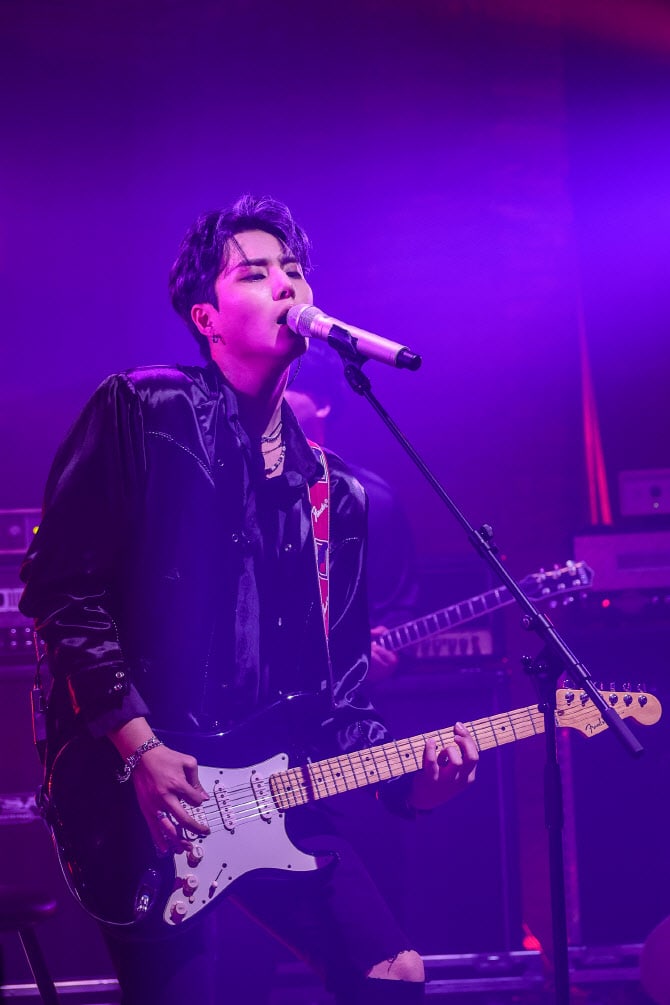 He shared the advice he had gotten from the members and Park Jin Young at JYP Entertainment. “[Park Jin Young] said that I worked hard and congratulated me on my solo debut,” he said. “I think that if I were to meet him in person, he would have more detailed advice and critiques for me. The members came to visit me on the set of my music video, and I was embarrassed but also grateful.”

About the songwriting process, he said, “I think the reason I was able to keep working on music for so long is because I just kept doing it. If it didn’t work, I’d take a break but keep trying. I didn’t force myself to get over slumps, so I just kept trying things.” 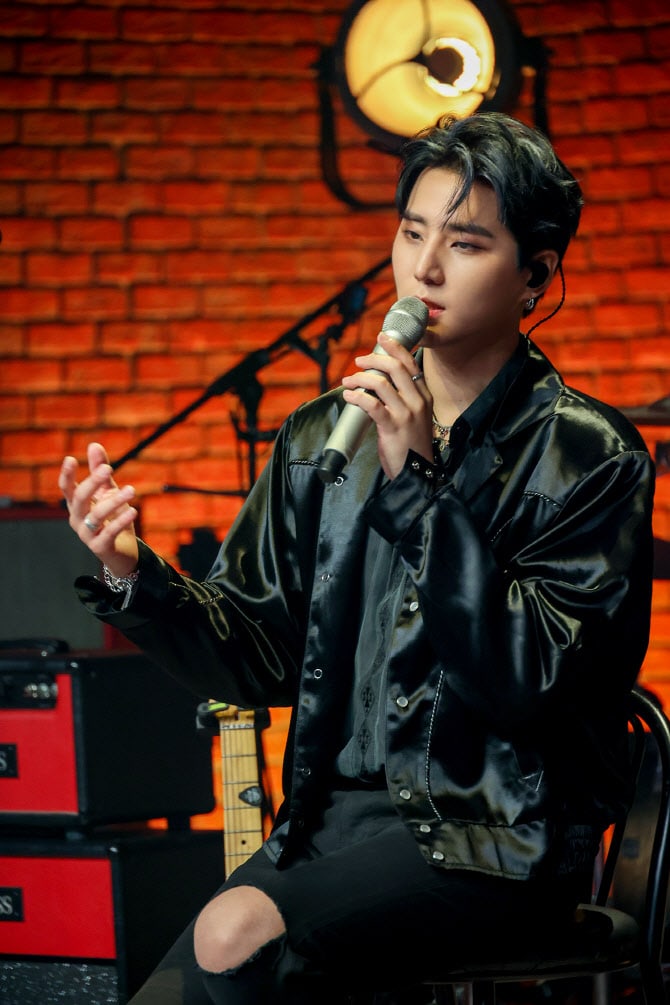 Young K will enlist for his mandatory military service on October 12. He has been accepted into KATUSA, the Korean Augmentation Troops to the United States Army. This is a branch of military service that requires applicants to demonstrate a high degree of fluency in English.

Young K, who studied abroad in Canada, said, “My father also served in KATUSA. I heard good stories from him, and a lot of people around me recommended it, so I applied to KATUSA as well. Fortunately, I was accepted, and I will prepare well and complete my service.”