TWICE’s “TT” has set a new personal record for the group!

This is TWICE’s first music video to accomplish 600 million views on YouTube. 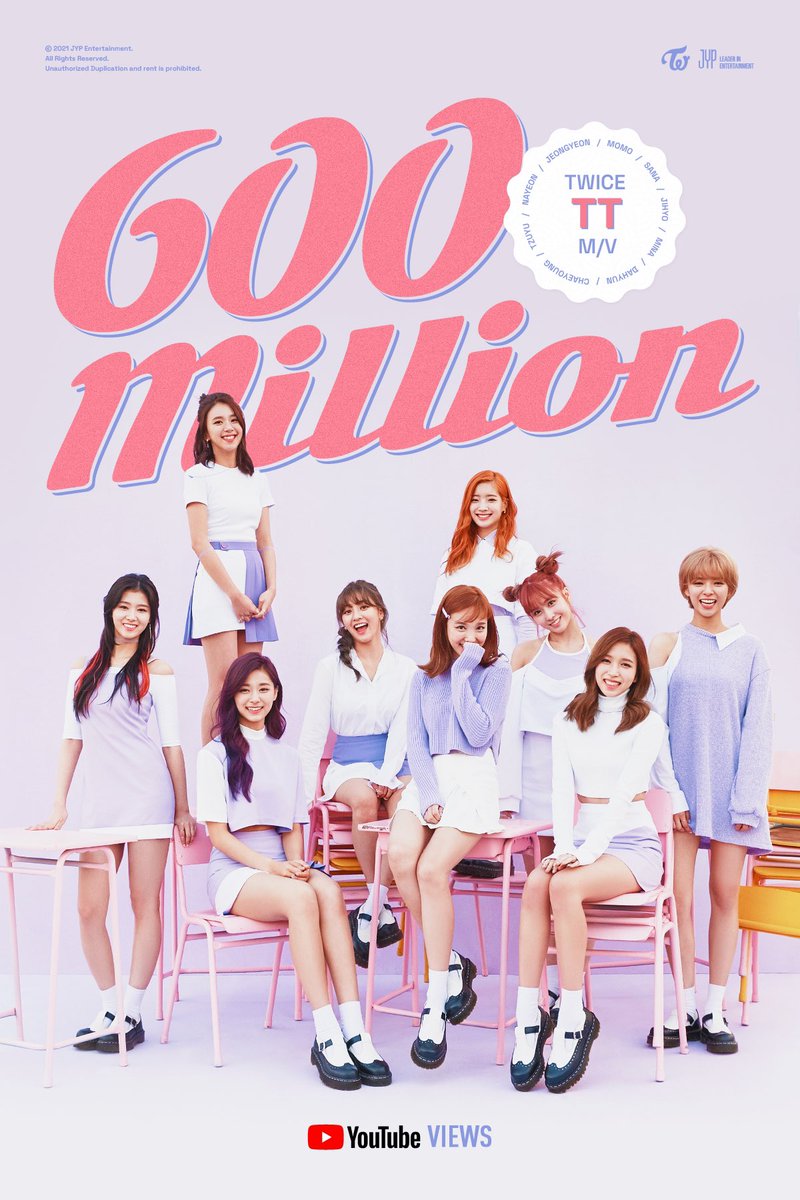 TWICE is currently gearing up for the release of their first English single, “The Feels,” which will be released on October 1.

Congratulations to TWICE! Check out the video for “TT” again below: