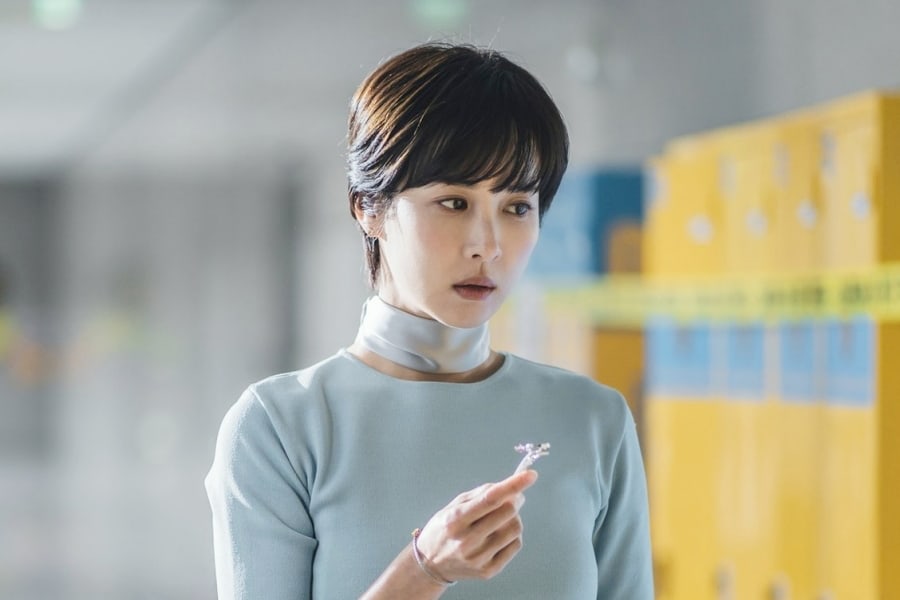 Jo Yeo Jeong is a woman on a mission in the second episode of tvN’s “High Class”!

“High Class” is a new mystery drama set at an ultra-luxurious international school located on an island paradise. Jo Yeo Jeong stars as Song Yeo Wool, a successful lawyer who loses everything when she is framed for her husband’s murder. She unexpectedly begins to unravel the mystery behind her husband’s death when the mother of one of her son’s classmates turns out to be her late husband’s mistress.

On the first episode of “High Class,” Song Yeo Wool felt that she and her son Ahn Yi Chan (played by Jang Sun Yool) were being threatened by a mystery individual after he started attending his new school. Not only was Song Yeo Wool greeted by an ominous “WELCOME” scrawled out in red lipstick, but an unseen adult even locked the helpless Ahn Yi Chan in a school locker while he was playing hide and seek with the other kids.

In newly released stills from the drama’s next episode, Song Yeo Wool embarks on a quest to find the culprit responsible for trapping her son in the locker. After returning to the scene of the crime, she seems to find a potential clue to their identity in the form of an eye-catching hair clip. As she picks up the clip, Song Yeo Wool’s expression suggests that the accessory reminds her of someone in particular.

Another photo shows Song Yeo Wool in the security room with chairwoman Do Jin Seol (played by Oh Hyun Joo), staring at the other woman with a look of surprise. 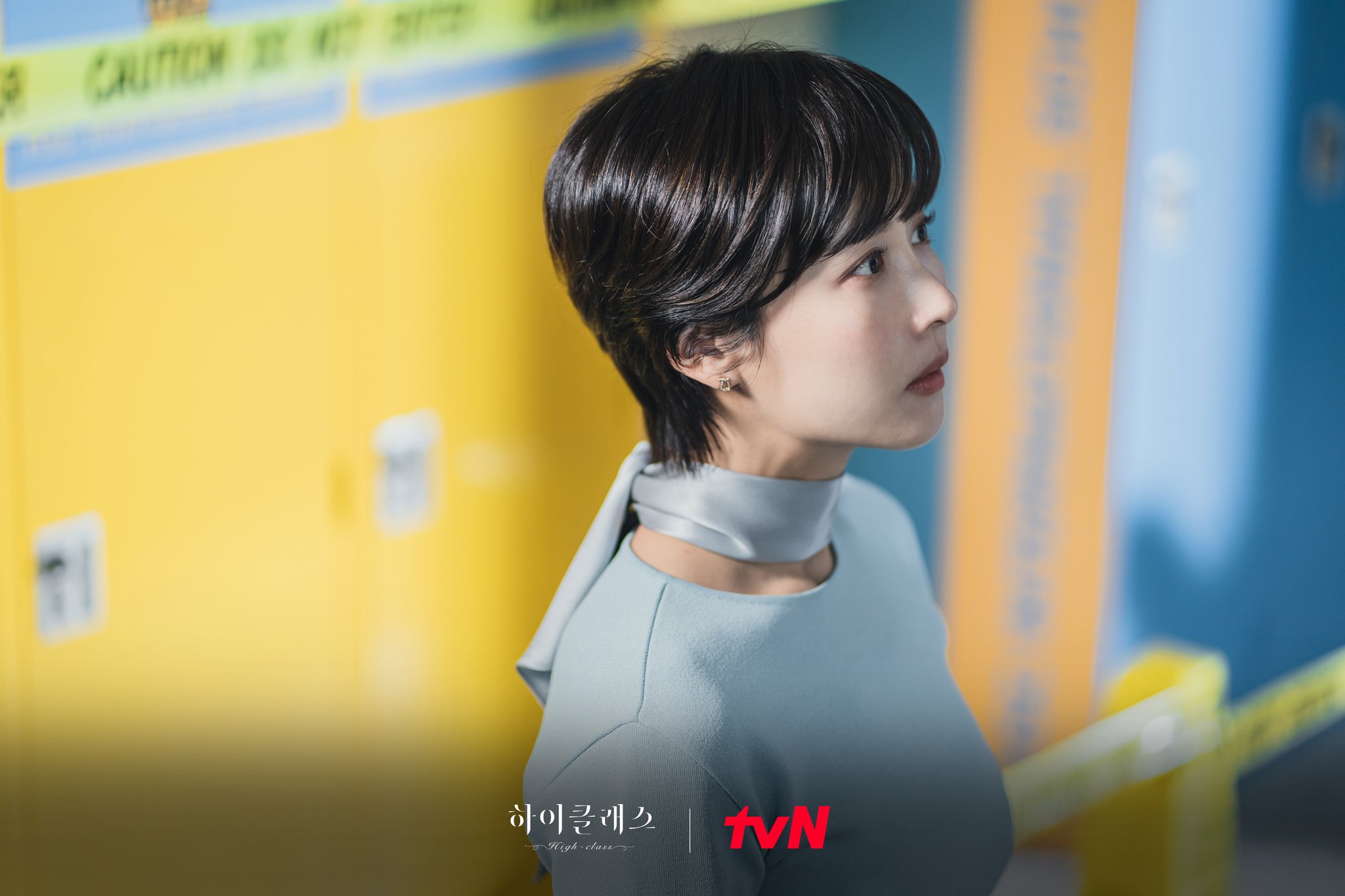 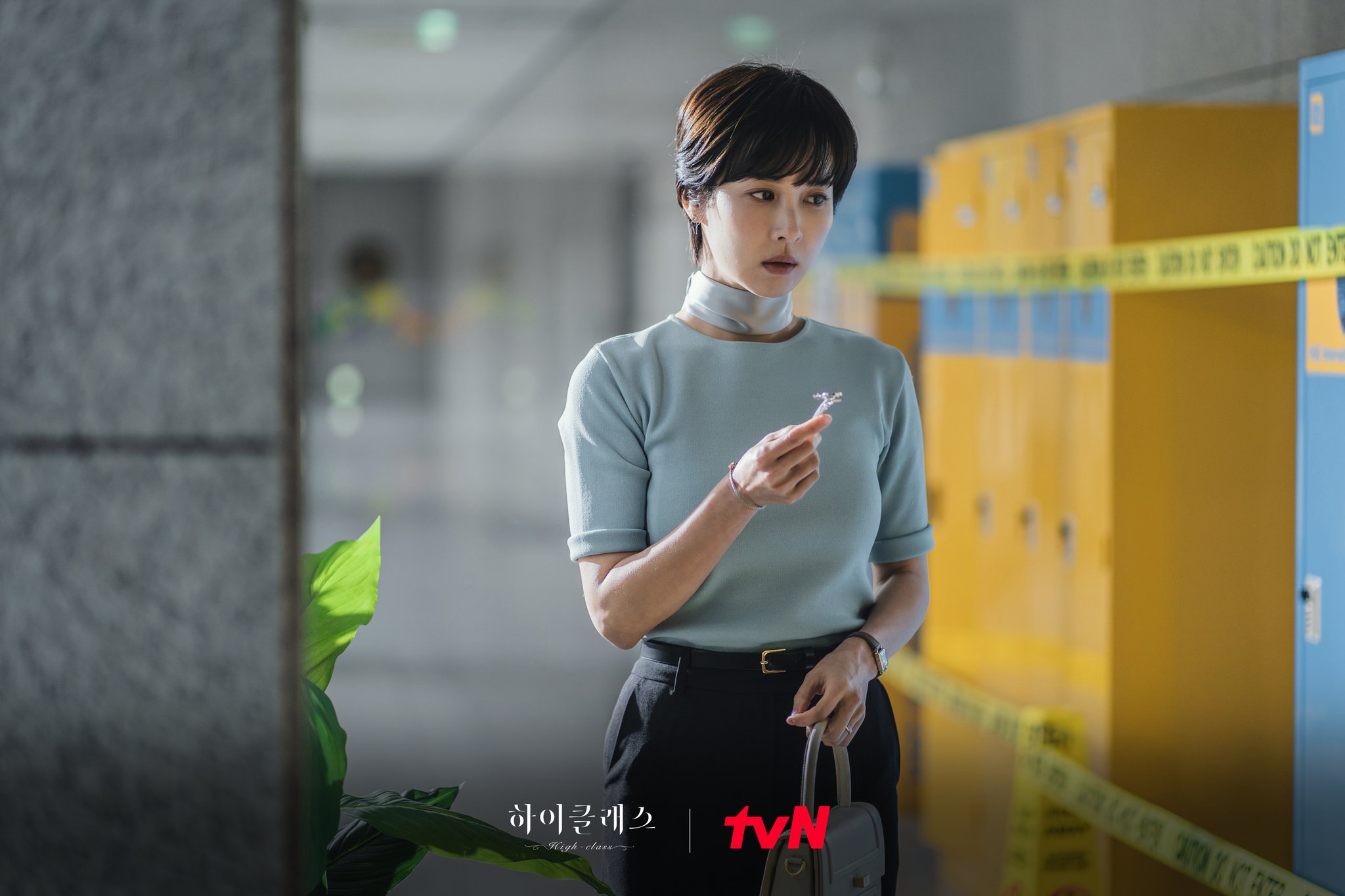 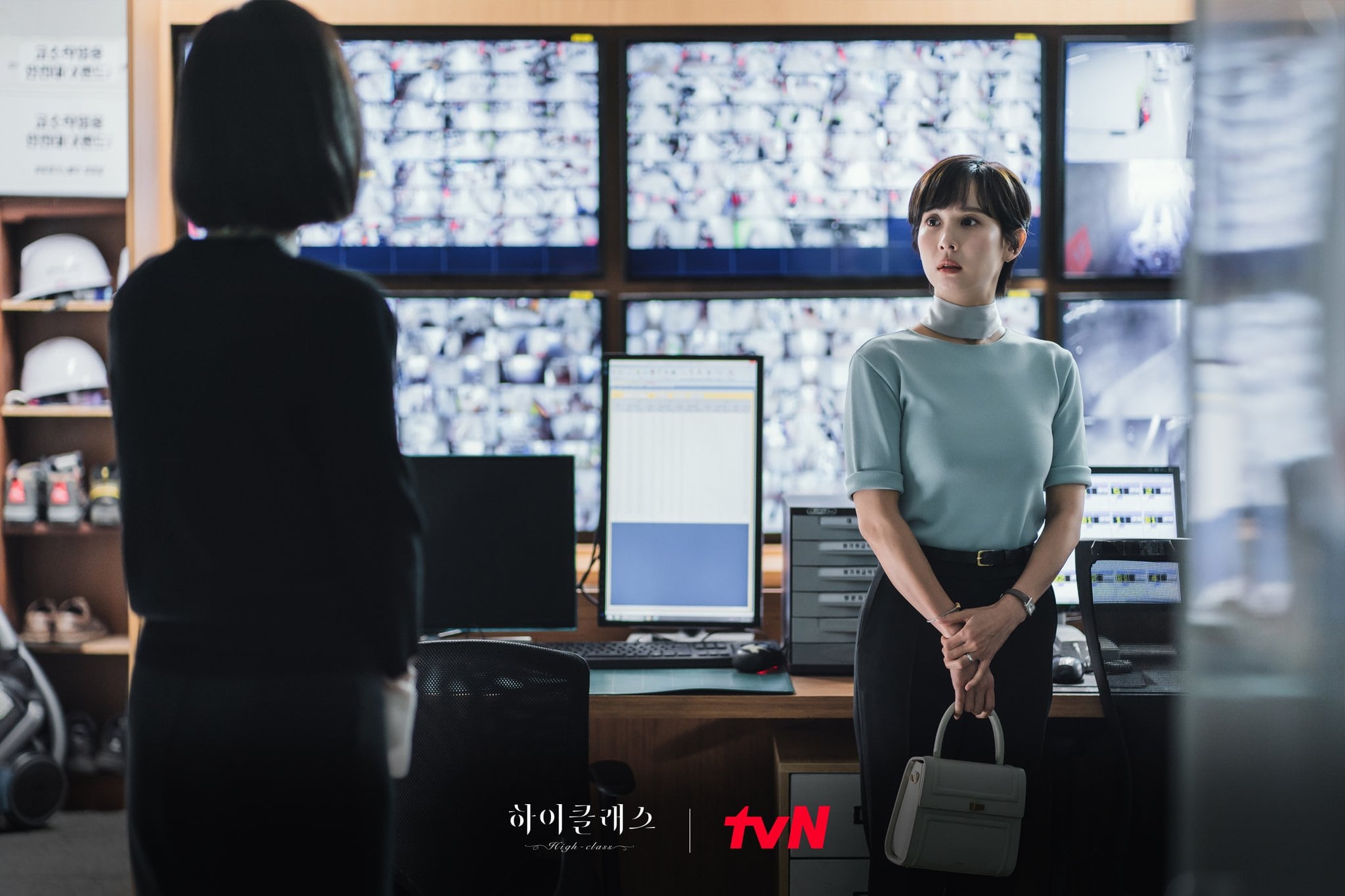 The producers of “High Class” teased, “In [today’s episode], Song Yeo Wool will pick up the pace of her quest to catch the culprit who trapped her son inside the locker, and the suspense will rise as she begins to face off against the other parents at the school. Please look forward to the second episode of ‘High Class,’ which will be even more thrilling [than the premiere].”

In the meantime, watch Jo Yeo Jeong in her previous drama “Cheat on Me If You Can” below!

Jo Yeo Jeong
High Class
How does this article make you feel?