On the September 7 broadcast of KBS2’s “Problem Child in House,” Ji Suk Jin appeared as a guest after being invited by host and his long-time friend Kim Yong Man. Ji Suk Jin explained, “He’s someone who doesn’t ask for this kind of favor. It was the first time in 30 years that Yong Man asked me for an appearance. I declined because I had a fixed schedule but it didn’t feel right.”

On a recent episode of tvN’s “You Quiz on the Block,” the program celebrated host Yoo Jae Suk‘s 30th anniversary, where Ji Suk Jin notably shed some tears while sending his friend a congratulatory video message. He quickly shared, “There were even articles in the past. I’m really someone who doesn’t cry. I have no tears of sadness, but I realized then that I did have tears of happiness.”

Ji Suk Jin continued, “We talk about retiring and living comfortably and that image looks so happy. Honestly, Jae Suk too, how much longer can we do this? We don’t want our retirements to come quickly but we thought that we wanted our life as retirees to come quickly.”

Later, Ji Suk Jin shared his sincere thoughts about his friendship with Kim Yong Man. He commented, “I think it’s been around 35 years since we met but I still remember this. When we had nothing and our futures looked bleak, you once said to me, ‘You become Lee Moon Sae, I’ll become Joo Byung Jin.”

Kim Yong Man responded, praising his friend for his newfound fame as a member of MSG Wannabe. He shared, “You didn’t get to see the spotlight with your music so I feel really good these days. Seeing him on stage as MSG Wannabe made me think of him in the past.” 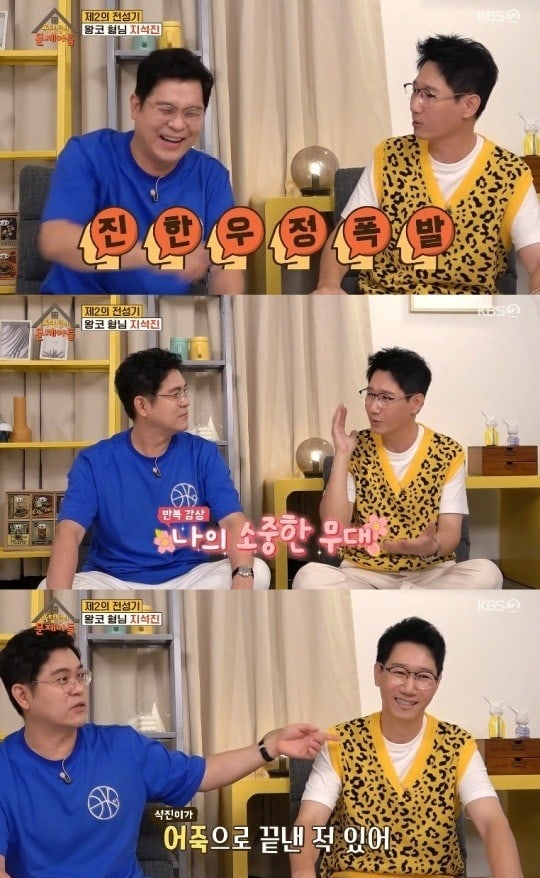 Ji Suk Jin replied, “It’s just something I’m thankful for. I was so nervous. I’m even the intro part. If I get it wrong a few times, I would feel bad for my members so I was really nervous.” He added, “I rewatched the performance like 50 times. It came up on YouTube so I enjoyed it on repeat. With the music, I read all the comments. Just the fact that I stood on stage to sing while in my fifties made me so touched.”

When plastic surgery came up in conversation, Ji Suk Jin admitted, “I did my nose. It’s the same before and after surgery.” Host Song Eun Yi commented, “I told him [when he first got it done], ‘Oppa, your nostrils are mismatched.’ Then two weeks later he said, ‘I matched them. How is it?’ That means he noticed it too.”

Ji Suk Jin went on to explain, “I’m angry that it’s the same before and after surgery. I paid over 1 million won [approximately $860] to do it. I told my mom and she took me to the hospital to tell them to match the size of my nostrils. The doctor asked if I wanted to put in some silicone because I was going into surgery anyway. I didn’t want my image to change so I vehemently opposed it.”

During the episode, there was also a quiz that revealed that BTS use oxygen respirators after performances, shocking the cast who commented, “They’re not topping Billboard for no reason” and “Their sweat and effort is all there.”

Ji Suk Jin then touched on his friendship with BTS’s eldest member Jin, with whom he shares a name. He shyly commented, “Honestly, I’m a bit embarrassed. We’ve just exchanged numbers.” When asked if they text too, Ji Suk Jin answered, “We do. I’m worried that if I talk about this, it’ll be an inconvenience to BTS or Jin.”

He revealed, “Jin sometimes sends me photos from the United States. These days, it’s probably been a few months since we last spoke but how busy must he be. So I’m trying not to be a bother.” 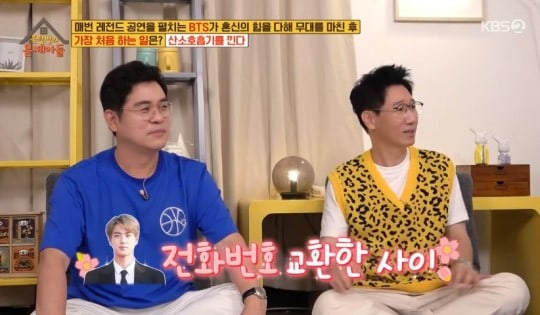 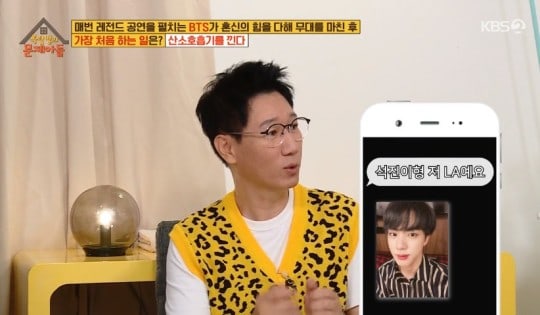 Ji Suk Jin added, “I recently sang BTS’s ‘Dynamite‘ on ‘How Do You Play.’ I didn’t know the song so I sang it terribly. I felt bad so I sent him a message and he responded, “No, I’m thankful that you brought attention to our song again.'” 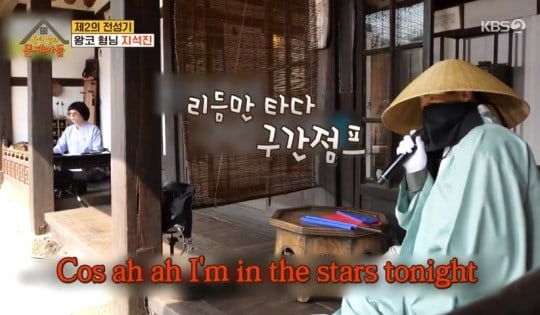 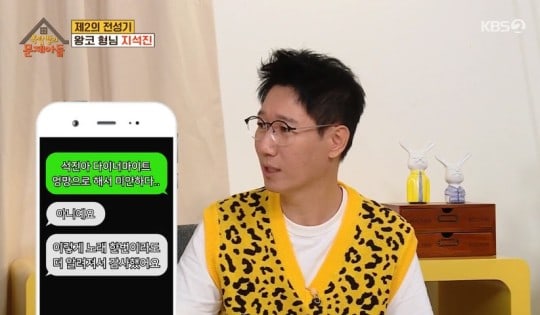 Lastly, Ji Suk Jin sent a video message to Jin, stating, “Jin, I’m supporting you from afar. The reason I haven’t been calling you is for you to work harder, and in case I disturb you. You’re impressive. You, as well as your members, are Korea’s pride.”

Check out “How Do You Play” with subtitles below!