Kim Hye Eun Takes Ji Jin Hee’s Son Hostage In “The Road: The Tragedy Of One”

tvN’s “The Road: The Tragedy of One” has shared a suspenseful sneak peek of its upcoming episode!

On the previous episode of “The Road: The Tragedy of One,” Cha Seo Young (played by Kim Hye Eun) finally achieved her goal of becoming the main anchor of Baek Soo Hyun (Ji Jin Hee)’s nightly news program. Despite feeling a profound sense of emptiness after reaching the top, the ruthlessly ambitious Cha Seo Young still chose to team up with Kwon Yeo Jin (Baek Ji Won) to take down Baek Soo Hyun and claim his position as anchor.

In newly released stills from the drama’s next episode, things take an unexpected and dramatic turn. To everyone’s shock, Cha Seo Young suddenly takes Baek Soo Hyun and Seo Eun Soo’s son Baek Yeon Woo (Kim Min Joon) hostage on the roof of a building. The seemingly cornered Cha Seo Young has a fierce look in her eye as she tightly grips Baek Yeon Woo’s collar, and even the fearless Baek Soo Hyun seems wary of approaching her out of fear for his son.

A terrified Seo Eun Soo bursts into tears as she looks on in horror, while Cha Seo Young’s husband Choi Nam Gyu (Ahn Nae Sang) watches the scene unfold with a weary, defeated expression. Detective Shim Seok Hoon (Kim Sung Soo) appears to be attempting to negotiate with Cha Seo Young, raising the question of why the anchor has taken things this far. 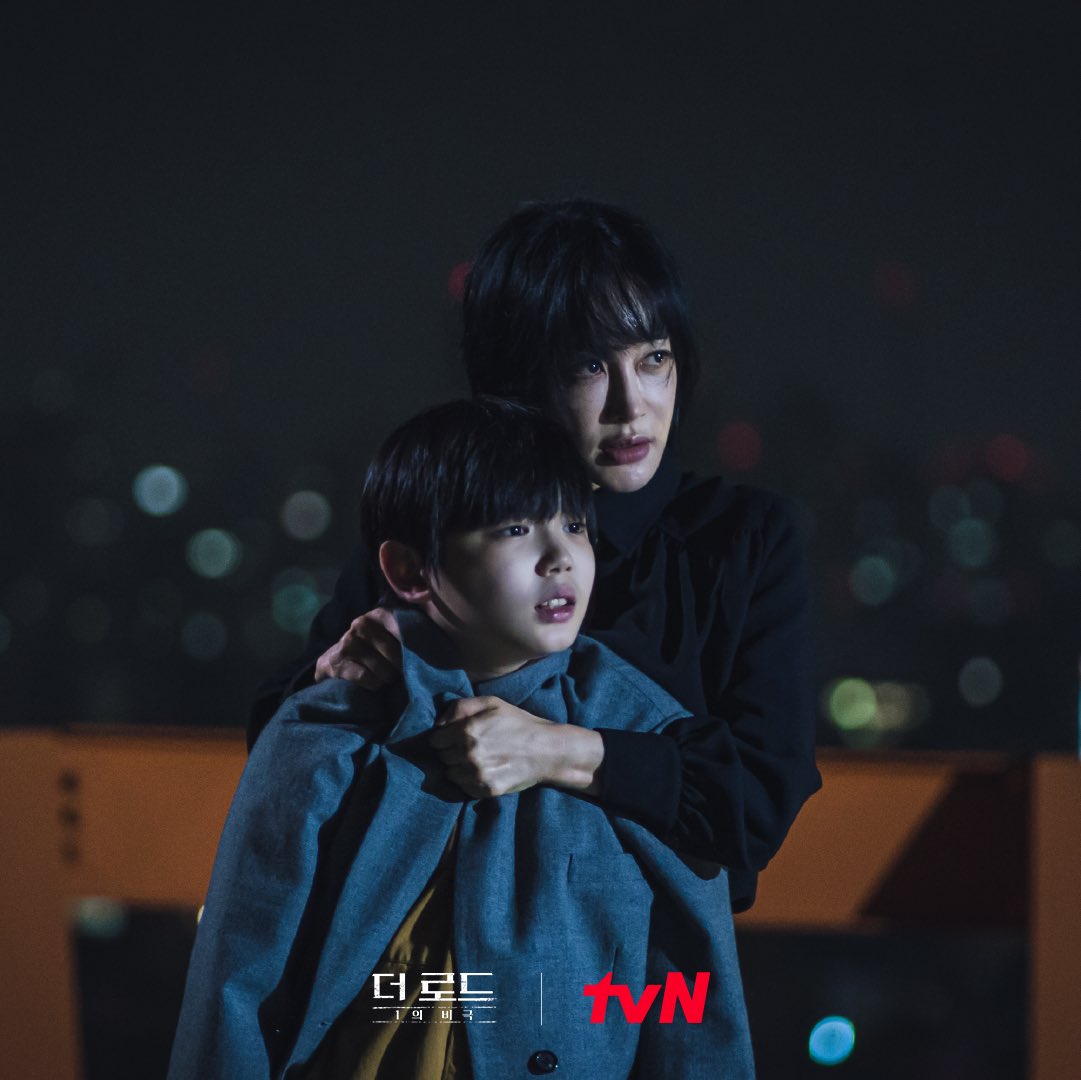 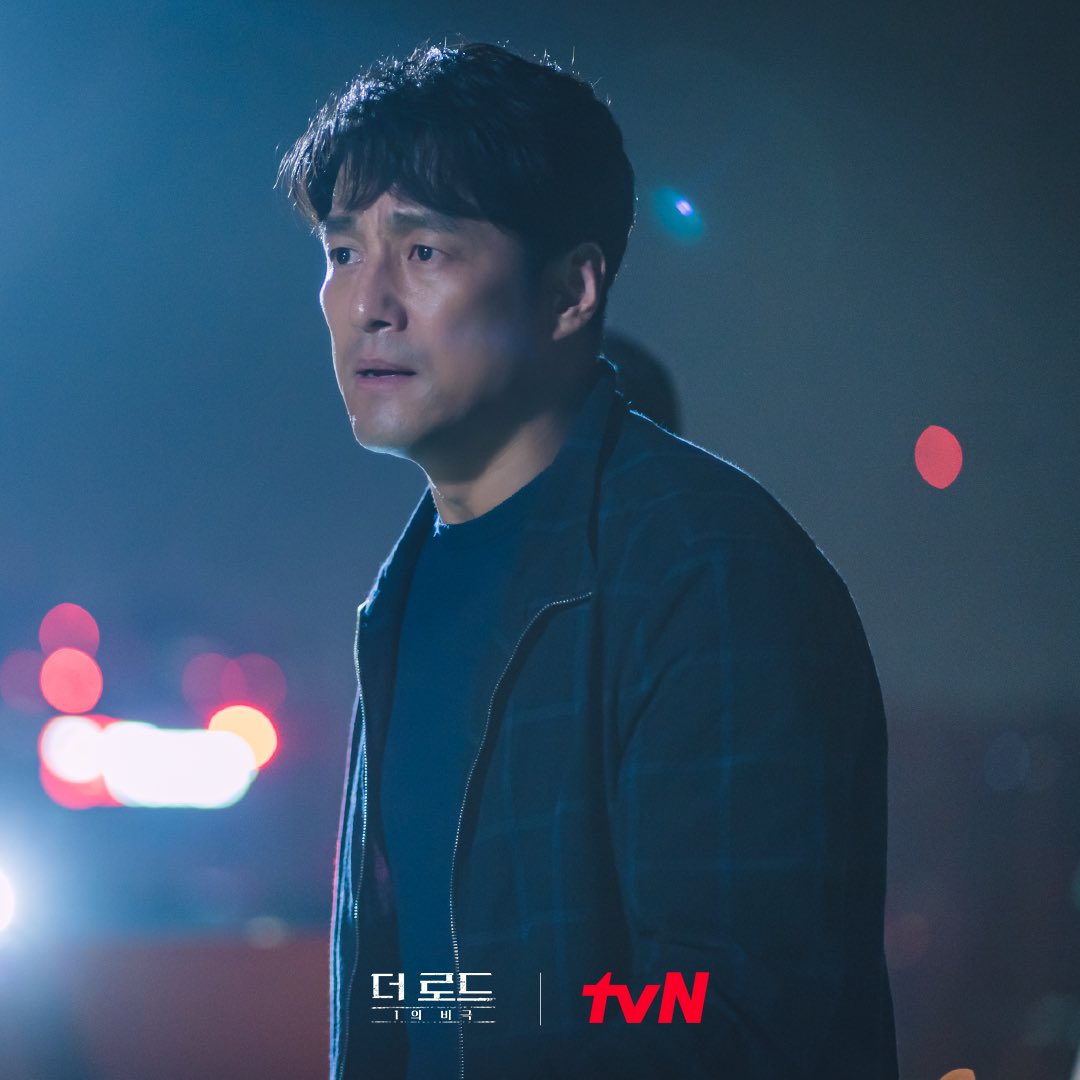 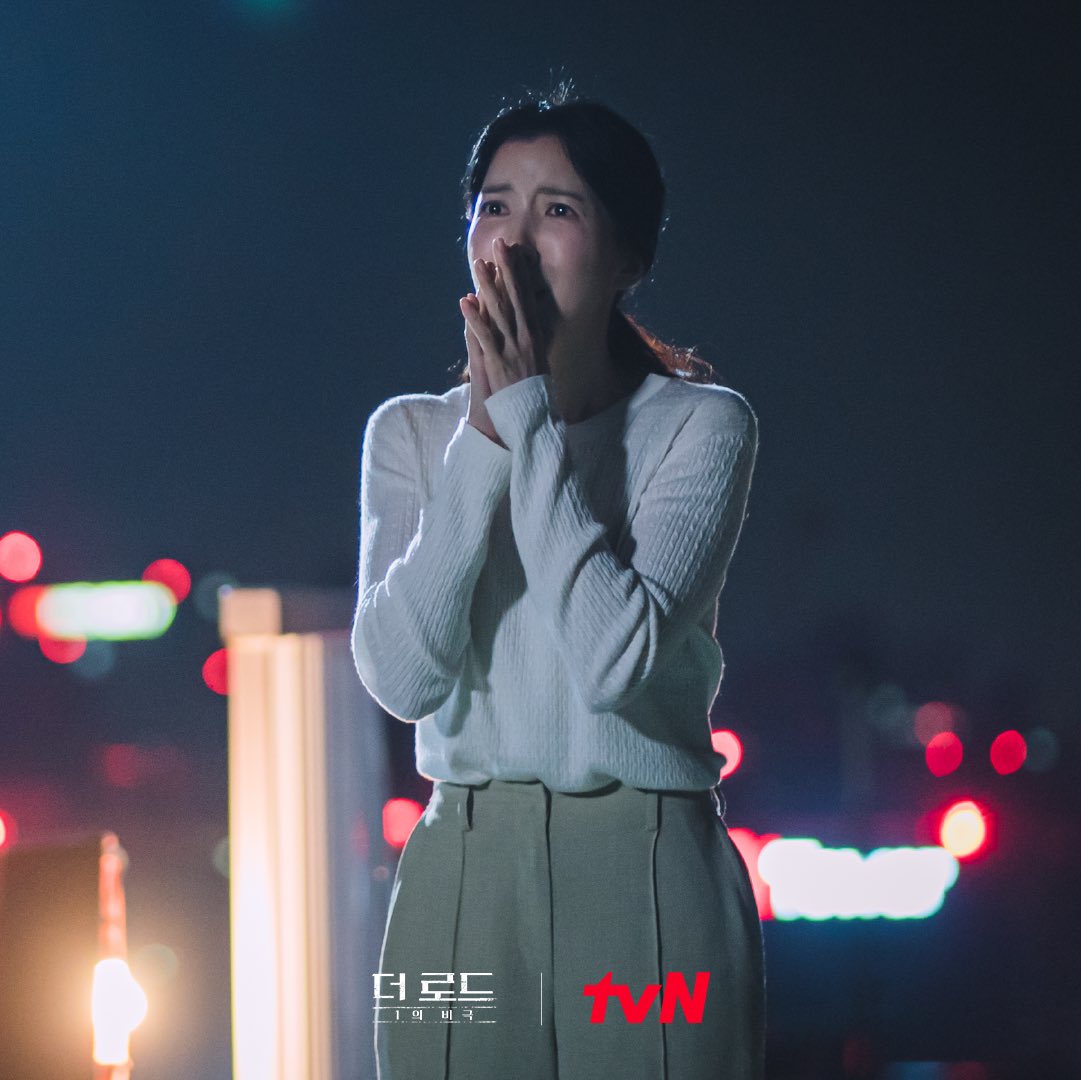 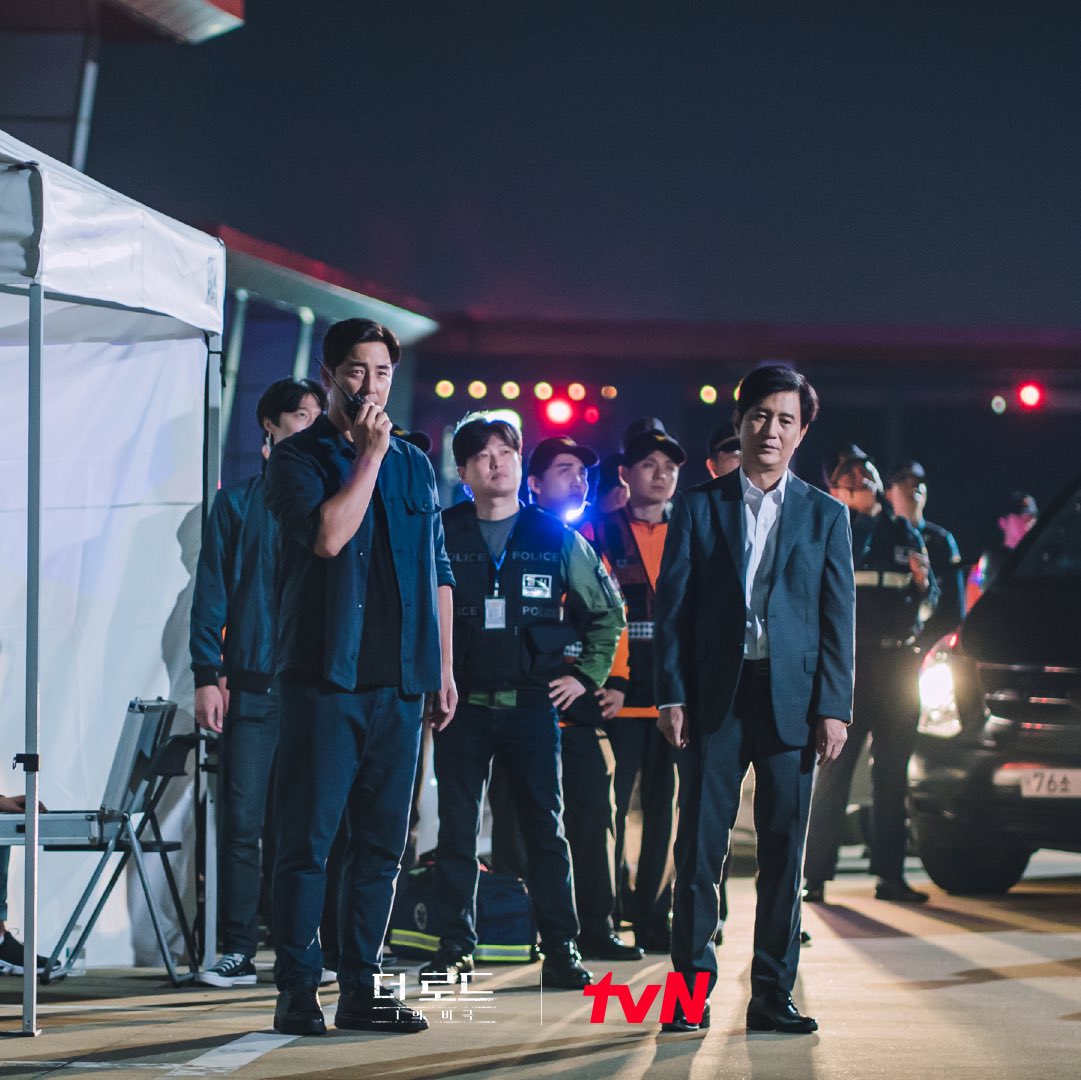 Adding to the suspense is the fact that Cha Seo Young and Baek Soo Hyun are hiding the massive secret of her late son’s parentage, with her husband still unaware that Baek Soo Hyun was the child’s biological father.

To find out why Cha Seo Young wound up taking Baek Yoon Woo hostage—and how the precarious situation will play out—tune in to the next episode of “The Road: The Tragedy of One” on September 8 at 10:50 p.m. KST!