Good Data Corporation has revealed its latest rankings of the most buzzworthy dramas and cast members!

This week’s rankings are a result of data between August 30 and September 5 from news articles, blog posts, online communities, videos, and social media about 20 dramas that are either currently airing or set to air soon.

“Lovers of the Red Sky” entered the chart at No. 2, with its actors Ahn Hyo Seop at No. 3 and and Kim Yoo Jung and No. 4 on the cast member ranking.

“Hometown Cha-Cha-Cha” maintained its spot at No. 3, while the leading actors Kim Seon Ho and Shin Min Ah also remained on top of the cast ranking.

“Hospital Playlist 2,” which previously topped the chart for four consecutive weeks, ranked No. 4 despite not airing due to sports coverage.

The top 10 dramas that generated the most buzz from August 30 through September 5 are as follows: 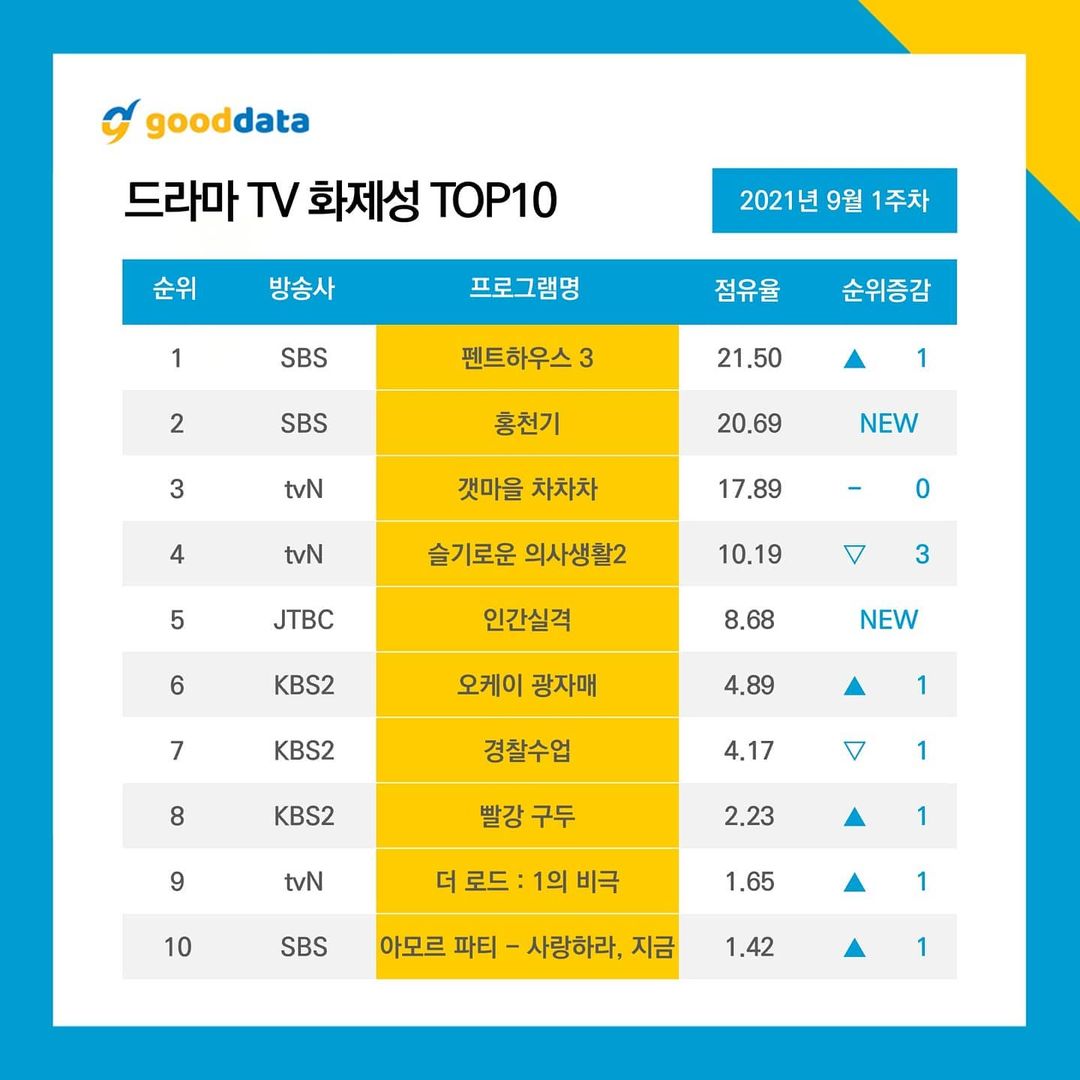 The top 10 drama actors that generated the most buzz this week are as follows: 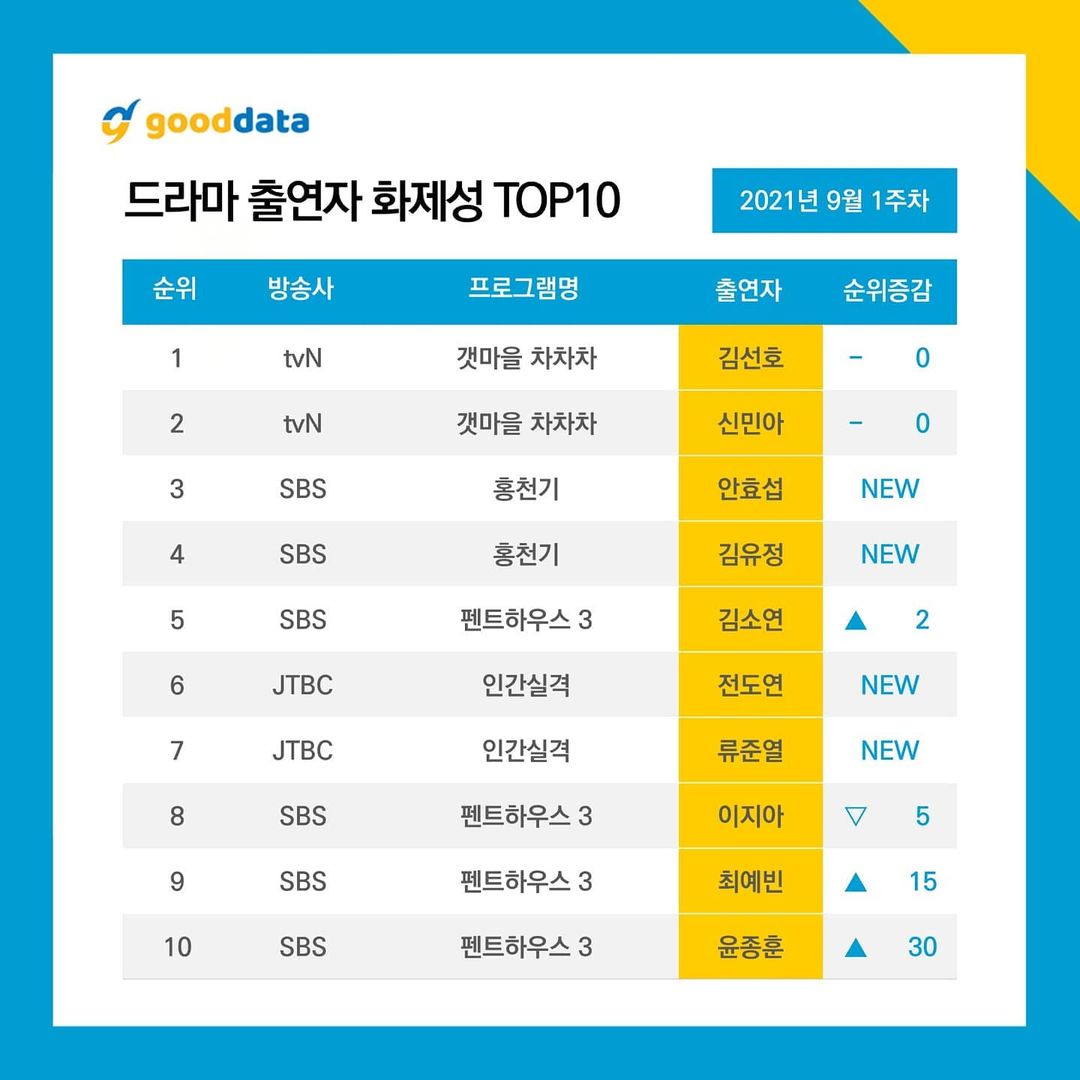 Watch “The Penthouse 3” below: