On September 9, it was announced that BTS’s “Butter” CD has been certified double million for exceeding 2 million album sales. BLACKPINK’s “KILL THIS LOVE” and ENHYPEN’s “BORDER : DAY ONE” have been certified double platinum for surpassing 500,000 sales, while D.O.’s “Empathy,” NCT DREAM’s “Hello Future” (Kit Version), MONSTA X’s “ARE YOU THERE?,” and SEVENTEEN’s “DIRECTOR’S CUT” were certified platinum for 250,000 sales each. 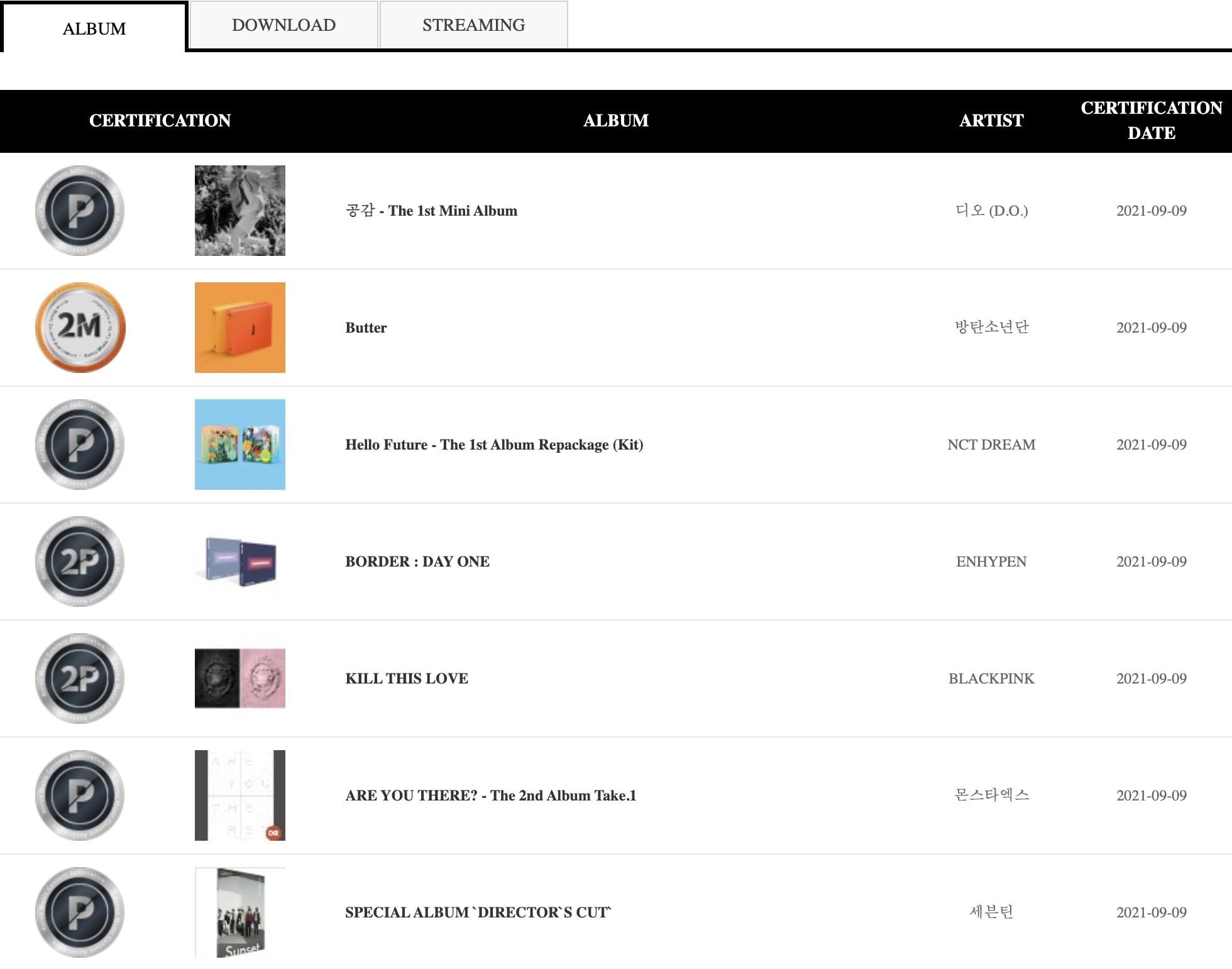