HyunA And DAWN Reveal They Never Thought A Duet Album Could Be Possible, Share Each Other’s Strengths, And More

HyunA and DAWN have officially made their debut as a duo!

On September 9, the couple participated in a live online press conference to talk about their new duet album “1+1=1.”

HyunA and DAWN first went public with their relationship in August 2018 and have now been dating for over five years, but are releasing music as a duo for the first time. DAWN commented, “It took a long time to get to this release. We prepared for a long time, for about a year. The process of perfecting the songs took a long time and HyunA prepared the visual direction for a long time, and there were a lot of edits. I can’t believe it’s coming out now and I’m looking forward to it because I think it’ll be a meaningful album.”

HyunA explained, “From when we entered our agency, there was talk that it’d be difficult for the two of us to release an album. We were originally never going to do it but the album ‘1+1=1’ was made shockingly perfectly so it feels really new to be releasing it now. It was also fascinating that our chemistry was so perfect.”

To describe their title track “PING PONG,” DAWN shared, “It’s a song that depicts the tiki-taka between a couple that’s fallen in love, in a cute and lovely way. The song’s lyrics are fun and the flow is fun too. Since we have many fans overseas, when we were making this song, we thought that dance was a universal language so we wanted to make a song you can dance to. Overall, I hope people feel the rhythm and mood really well. We also included a lot of exotic sounds so it’ll be fun if you listen while focusing on that.” 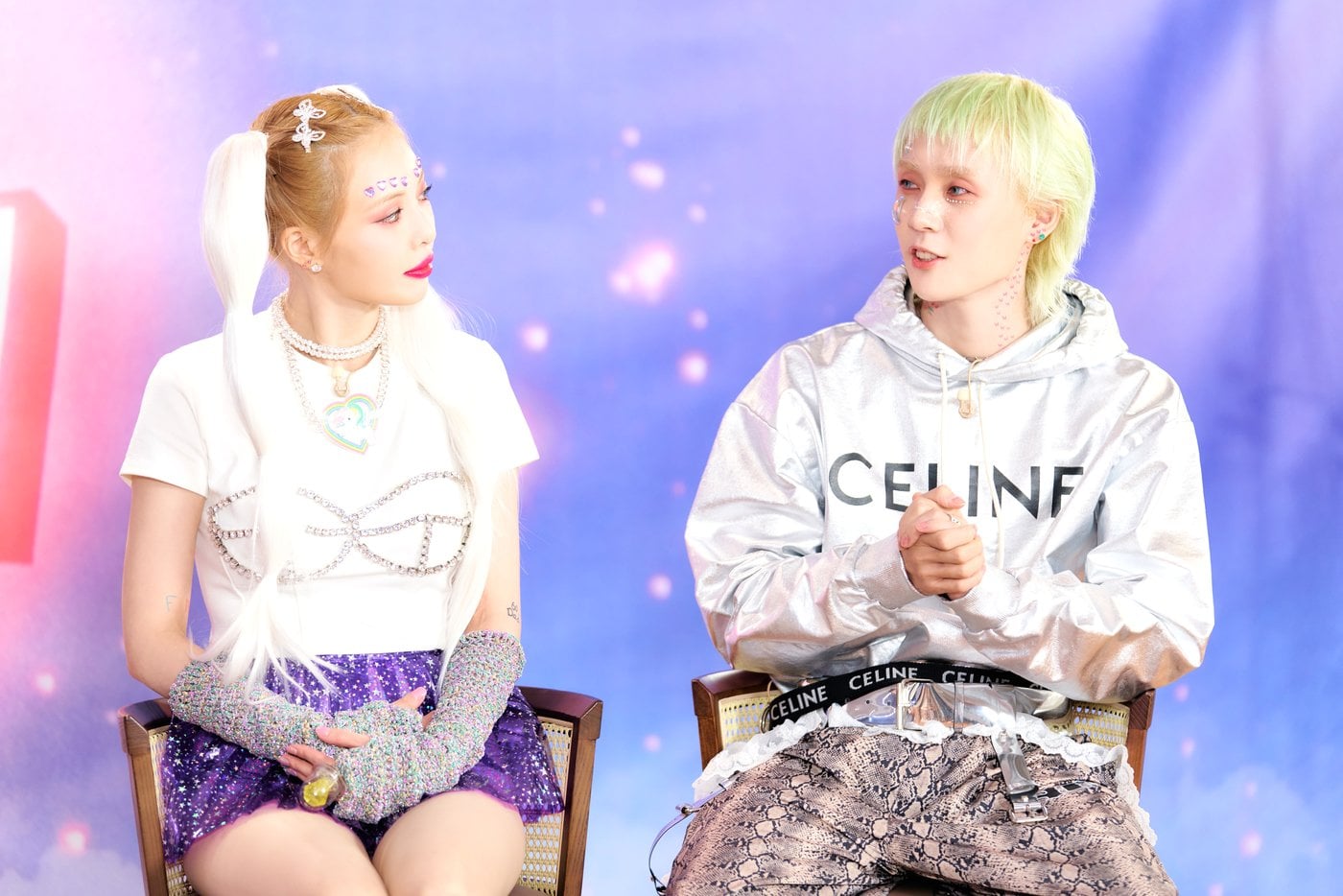 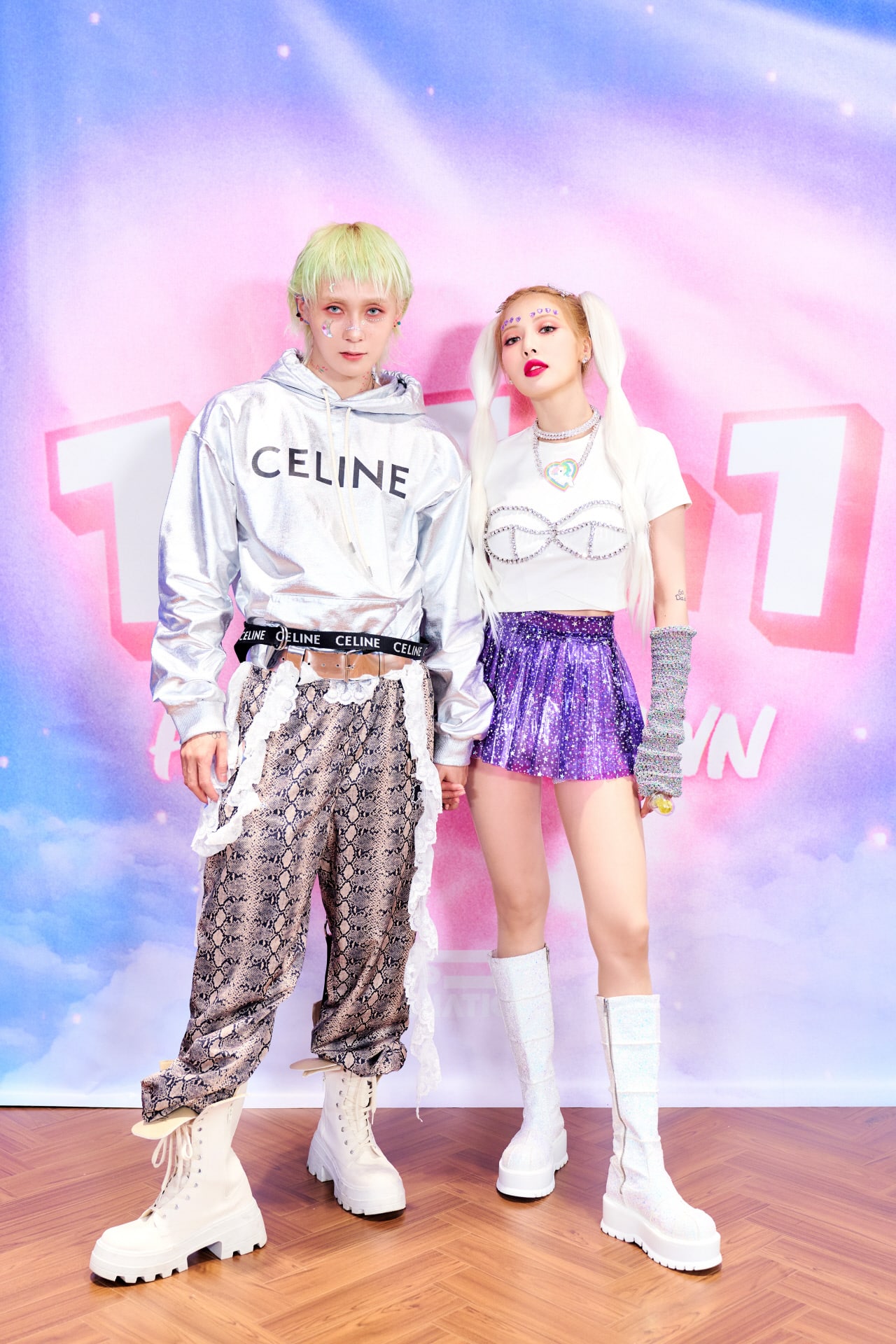 When asked what kind of advice they received from P Nation’s founder PSY, they revealed, “Honestly, it’s been awhile since we last saw him. Because he’s the head, he has a lot of work. We had less exchanges than usual. When we first began this album, he told us, ‘Really do what you guys want to do,’ and ‘I’ll trust you and leave it up to you,’ so we’re thankful he believed in us a lot.”

They continued, “This time, he purposely monitored us without making it noticeable. Just in case we felt any pressure, he supported us from afar. However, in terms of performance and the overall picture, he participated in it all.”

The duo also shared compliments for each other, picking out their strengths and charms. DAWN went first, sharing, “Something I felt strongly this time is her ability to attract. I really felt that she was an artist with an insane ability to attract through her facial expressions and gestures.”

He added, “Even if I danced so hard in the music video to the point where my body broke, the moment HyunA just opened her eyes, even I would get mesmerized. I had a lot of thoughts as to where this charm would have come from. It’s still unknown territory to me. She’s really a muse. I began to think that it was inevitable for her to be a muse who inspires others.” 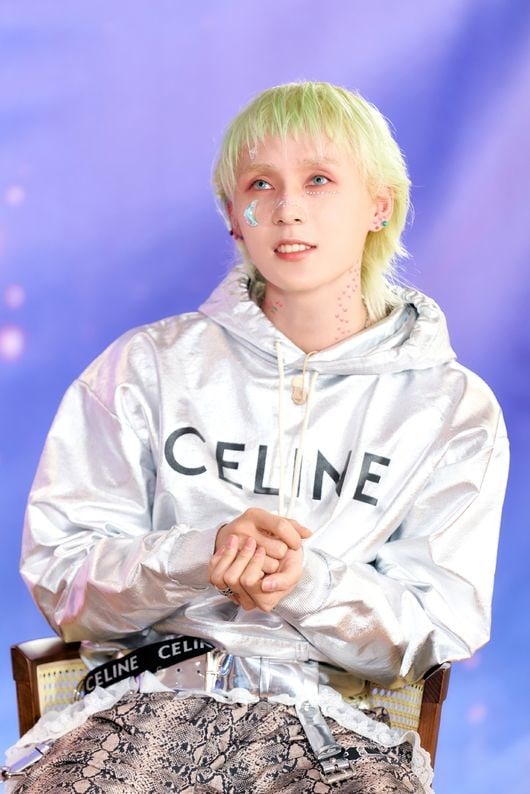 HyunA remarked, “When we monitor each other, since we’re obviously still different artists, I think it’s inevitable that we see the good parts. I kept being surprised seeing things that made me go, ‘Oh, he has this side to himself.’ I didn’t know that DAWN had such an energetic side where he used so much strength.”

HyunA continued, “I was surprised at his stage presence. For starters, I was so jealous that he could do such groovy freestyle if music was played anywhere. On the other hand, seeing him make music was so cool. Honestly, as my boyfriend and as an artist, it was to the point where I thought I wanted to receive my music [from him] too.” 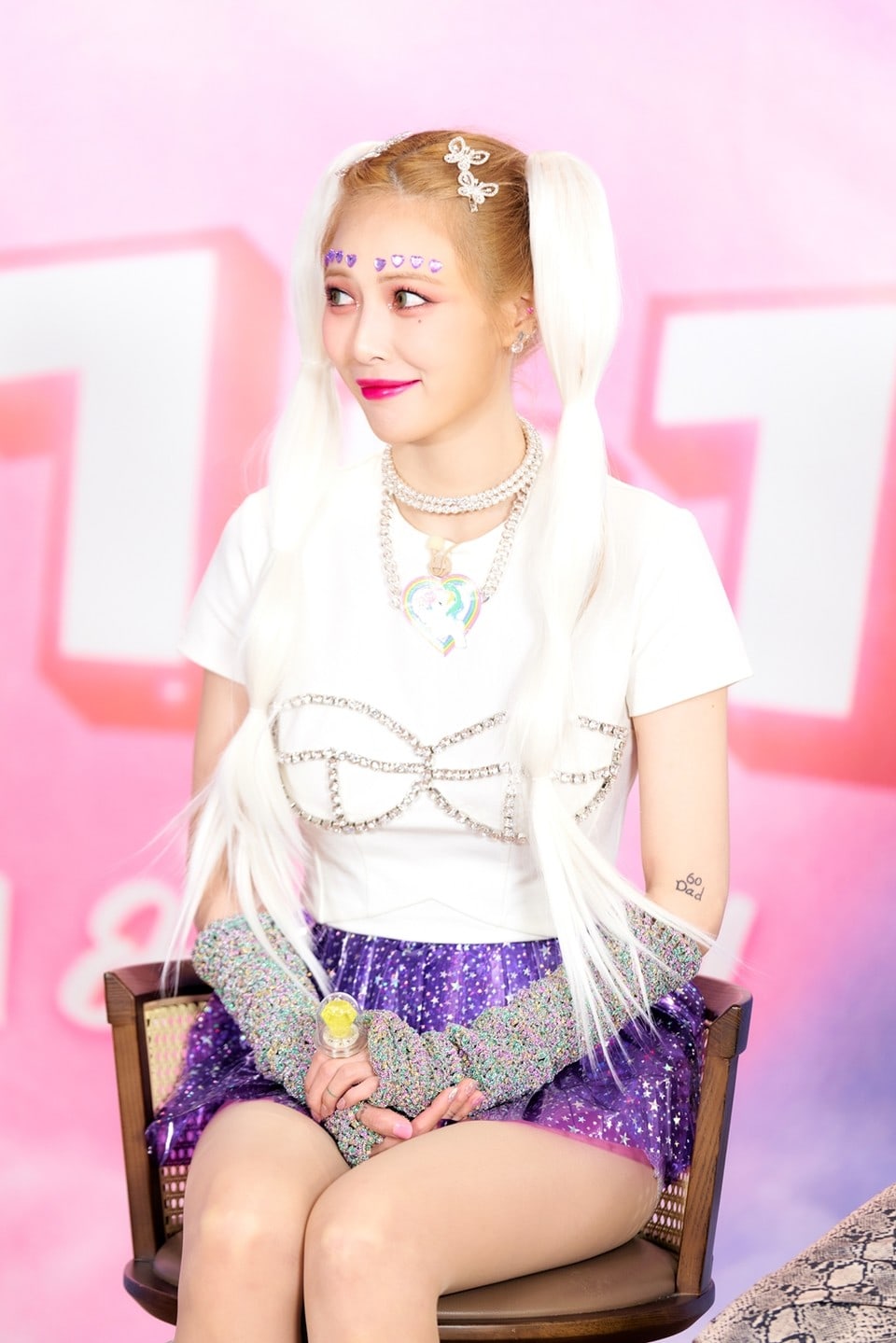 To conclude, HyunA was asked what results they wanted to achieve with this release. She responded, “I hope many people join us in this tiki-taka and enjoy themselves. We will continue to send powerful energy by dancing hard on stage so I hope you take that energy and feel it. I hope everyone’s frustrated hearts can be at least slightly relieved and I hope that this becomes an album where the variety of songs can elicit a variety of your emotions.”

DAWN chimed in, “We plan to really enjoy these promotions and have fun. If people feel and enjoy that just a little bit, I believe there’s no greater result.”

Dawn
HyunA
How does this article make you feel?