“One the Woman” is a comedy drama about a corrupt prosecutor who tries to regain her memories after getting amnesia and switching lives with a chaebol daughter-in-law who looks exactly like her. Honey Lee stars in the dual roles of Jo Yeon Joo, the corrupt prosecutor, and Kang Mi Na, the chaebol daughter-in-law. Lee Sang Yoon co-stars as Han Seung Wook, a third-generation chaebol who still has feelings for his first love.

Lee Won Geun plays Ahn Yoo Joon, Jo Yeon Joo’s classmate at the Judicial Research and Training Institute and currently a branch office prosecutor. Unlike the calm and reserved Kang Mi Na, who submits to brutal treatment from her in-laws after it’s revealed that she was born out of wedlock, Jo Yeon Joo is hot-tempered and isn’t afraid to say exactly what’s on her mind. Ahn Yoo Joon takes care of the easygoing Jo Yeon Joo and is more than like a little brother to her.

In the new stills, Jo Yeon Joo points a finger accusingly at Ahn Yoo Joon and appears to be giving him a piece of her mind. The two of them are partnering up for an undercover investigation and are meeting at Jo Yeon Joo’s house to discuss strategies. Even though Jo Yeon Joo is blowing up at him, Ahn Yoo Joon doesn’t look fazed and argues right back at her. 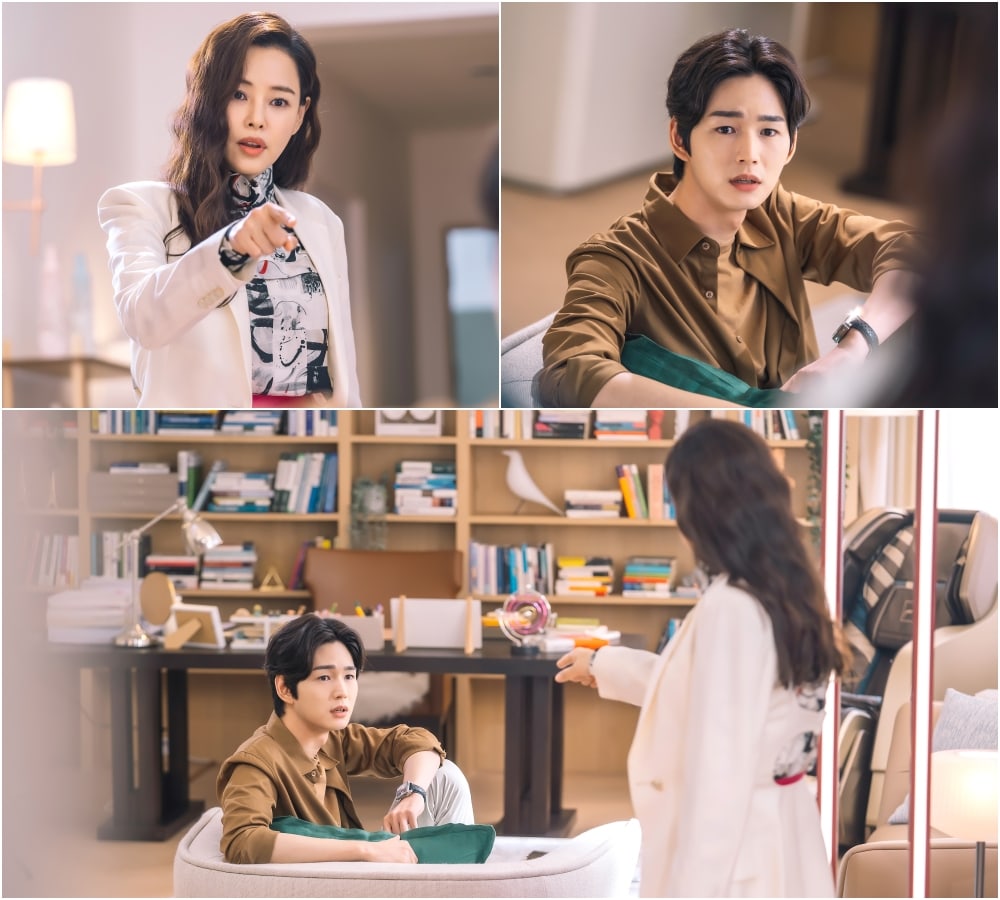 The production staff stated, “The chemistry that is formed from Honey Lee and Lee Won Geun’s partnership will add a lot of fun to the drama. Please look forward to their refreshing synergy.”

In another set of stills, Honey Lee and Lee Sang Yoon have an unexpected quarrel in the hall of a funeral home. Lee Sang Yoon’s character, Han Seung Wook, was pushed out of the line of succession of Hanju Group after his father’s mysterious death. Having also lost his first love, Kang Mi Na, he went to the United States and established his own successful corporation before returning to Korea to get revenge.

In these stills, Jo Yeon Joo is living as Kang Mi Na after losing all her memories of her life as a prosecutor. Although dressed as the elegant Kang Mi Na, she sits at ease in a chair and eats peanuts. When Han Seung Wook swoops in and takes the peanuts away, she throws him to the ground in anger. Although Han Seung Wook was surprised to see his first love ignoring the seriousness of the funeral proceedings, he is doubly shocked at her sudden strength and temper. 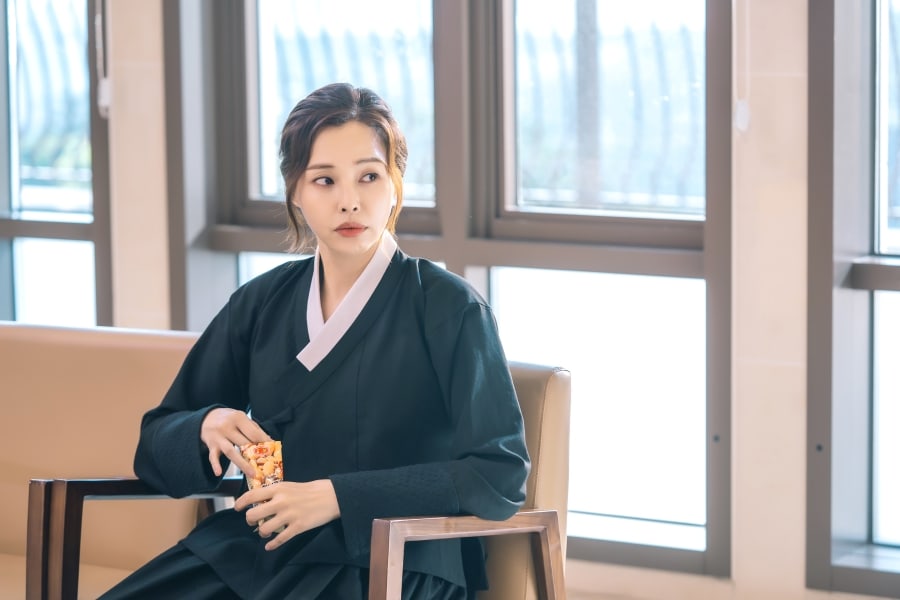 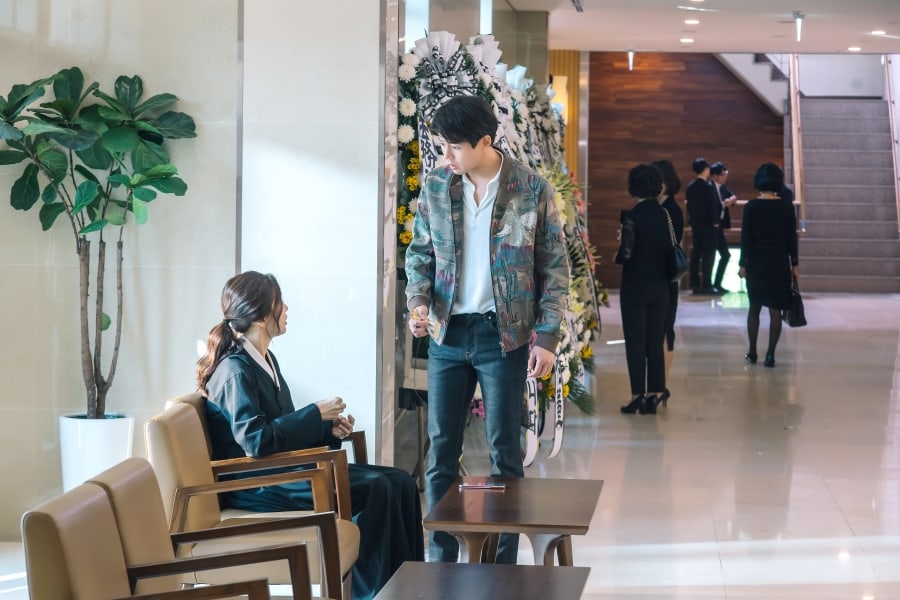 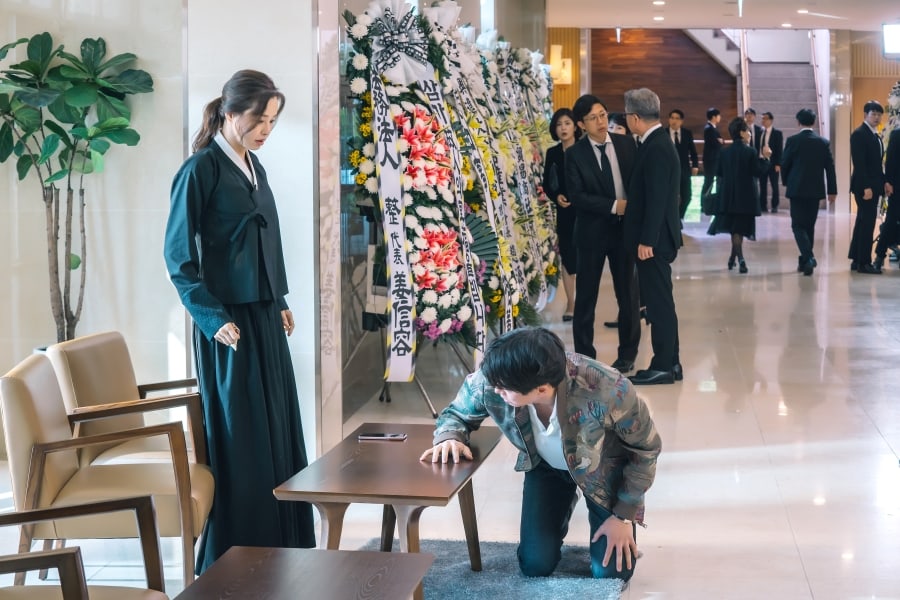 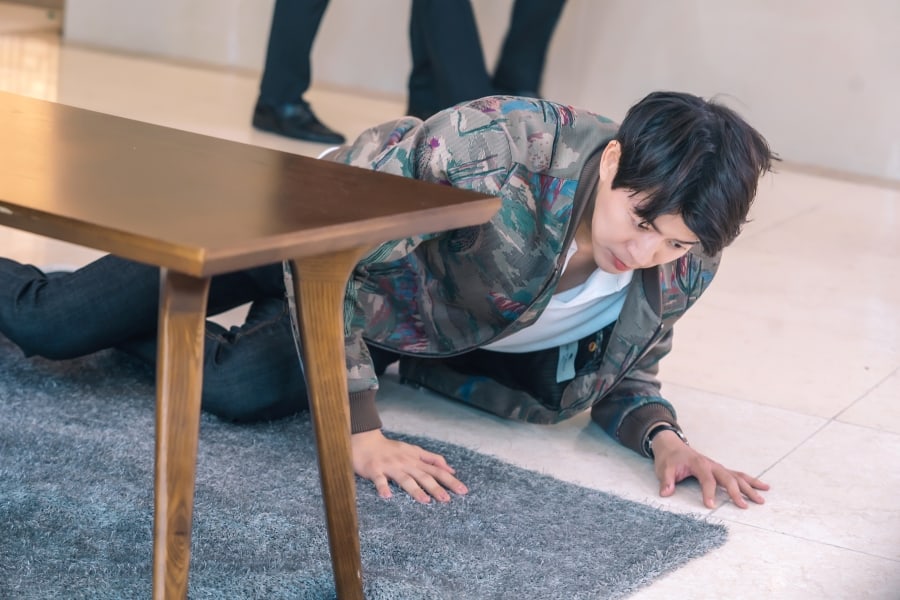 The production staff stated, “Honey Lee and Lee Sang Yoon’s passion for comedy made the scene even funnier. Please look forward to the comic, passionate synergy between Yeon Joo and Seung Wook, who will make you laugh upon sight.”

“One the Woman” premieres on September 17. Check out a teaser here!

Also check out Honey Lee in “The Fiery Priest“:

Honey Lee
Lee Sang Yoon
Lee Won Geun
One the Woman
How does this article make you feel?