In the previous episode, Yoon Hye Jin and Hong Doo Shik got closer. Yoon Hye Jin, who grew curious about his whereabouts when she didn’t see him for a while, attended a village event. She pretended to get drunk and fall asleep, causing him to carry her home. On top of that, when Hong Doo Shik heard that there was a sexual harassment offender at her dental clinic, he ran there barefoot to make sure she was okay. The ever-increasing romantic atmosphere between the pair has viewers eagerly anticipating the next step in their relationship.

In the new stills, Yoon Hye Jin and Hong Doo Shik are eating at a restaurant. Although they’re simply sharing a meal, there is romantic tension between them. In particular, the two make heart-fluttering eye contact, and he smiles gently while gazing tenderly at her. 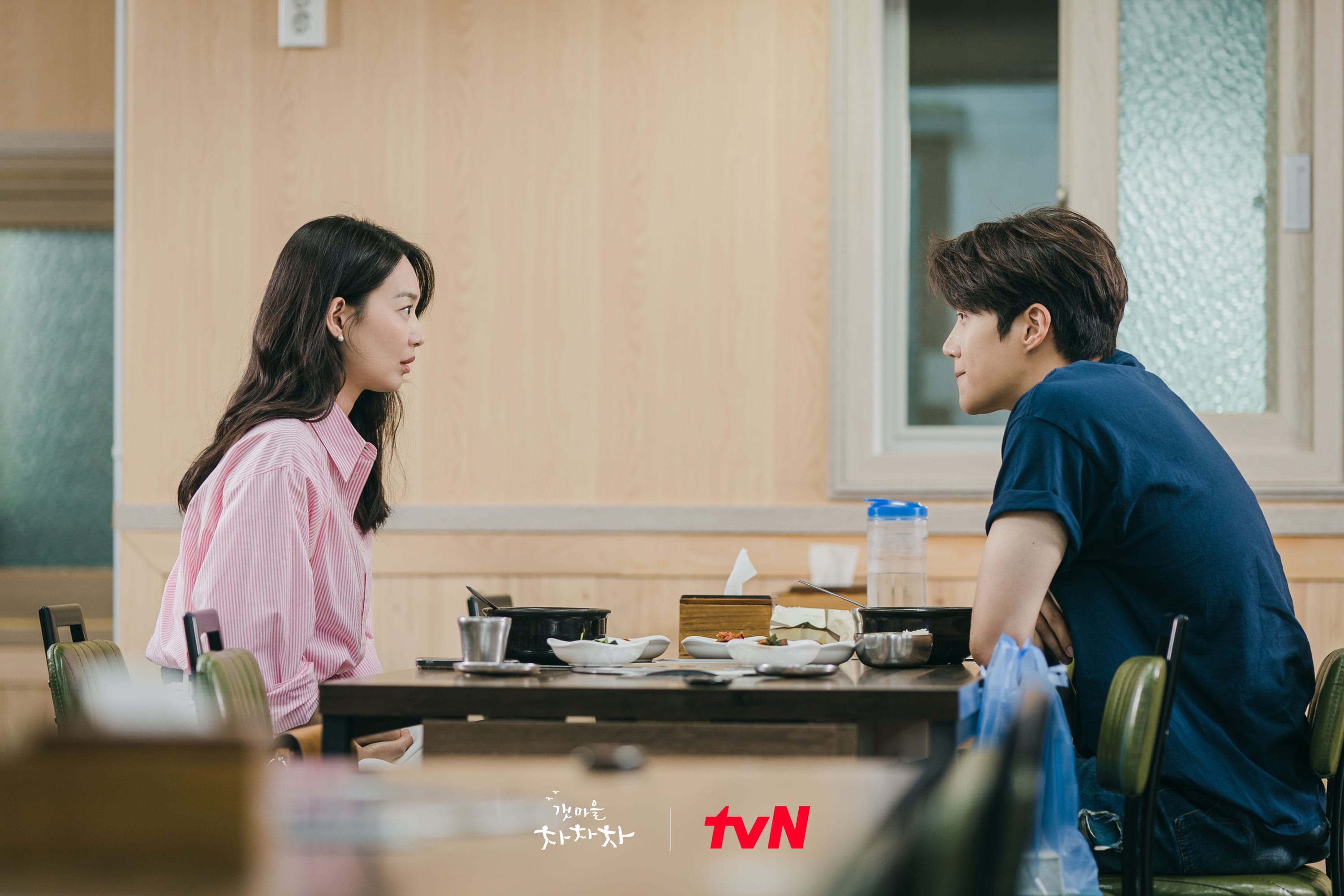 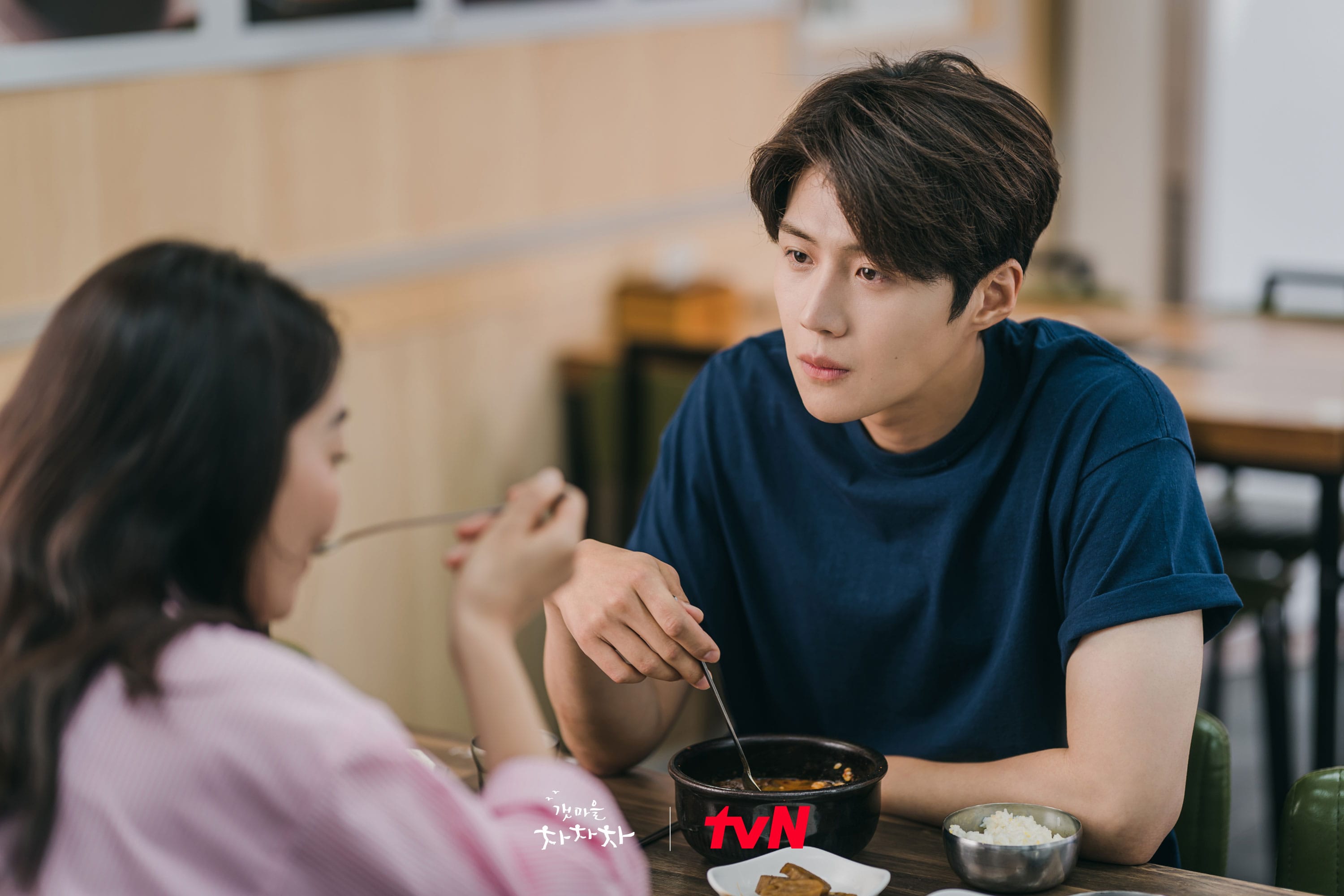 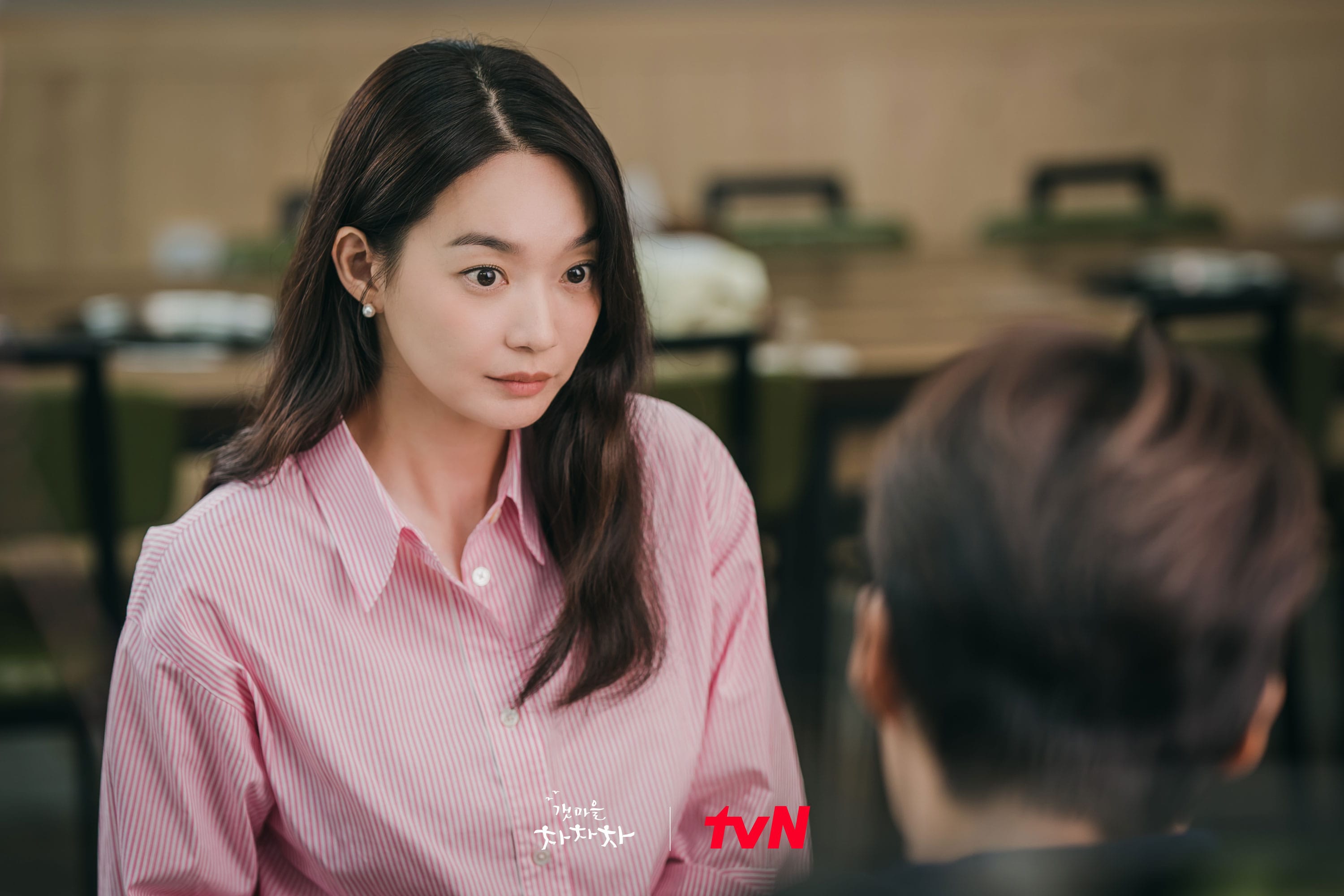 The viewers aren’t the only ones who are eager to find out about Yoon Hye Jin and Hong Doo Shik’s relationship. The villagers of Gongjin are practically glued to the transparent glass door as they keenly watch the pair’s every move. 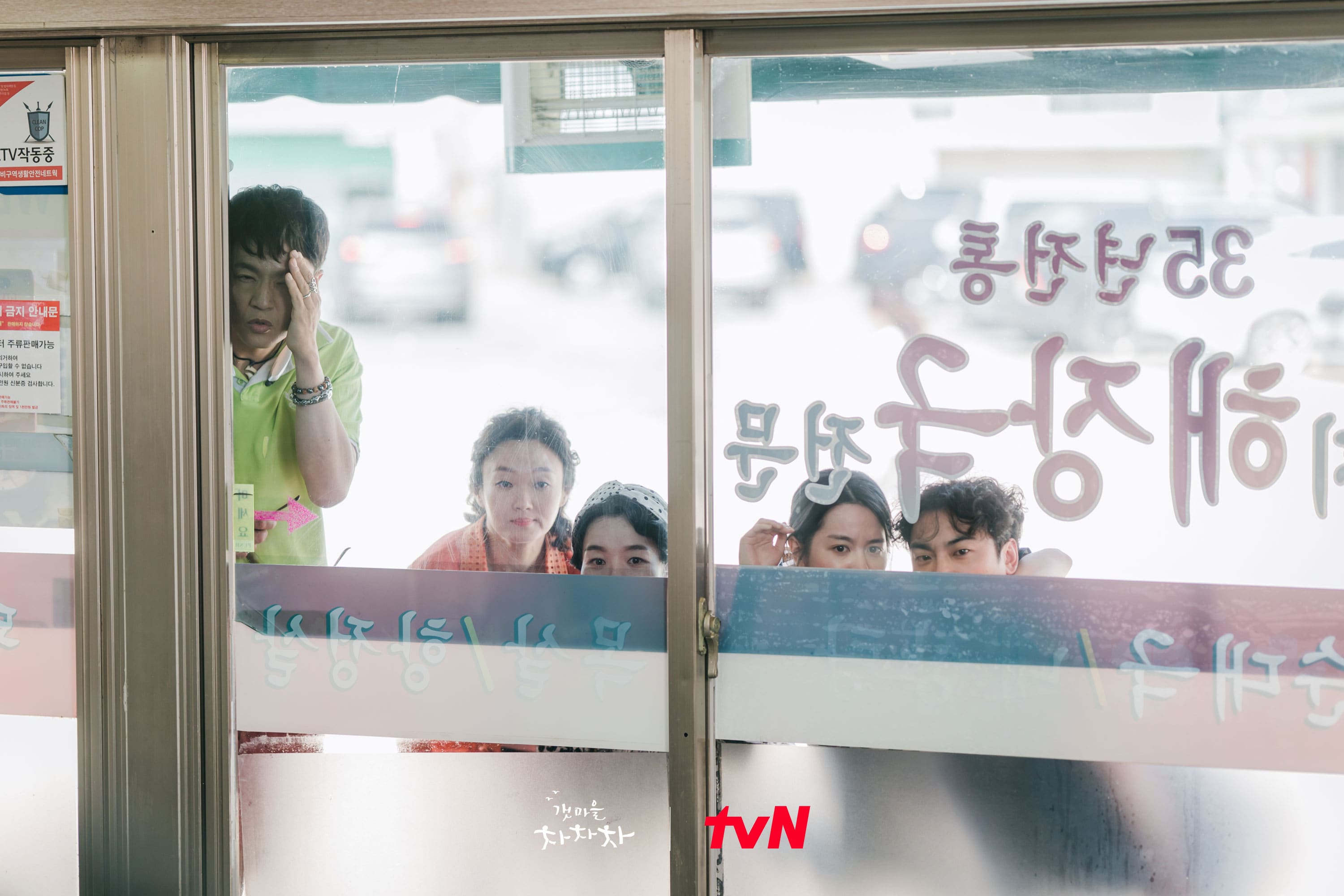 To find out more about Yoon Hye Jin and Hong Doo Shik’s romance, tune in to the next episode of “Hometown Cha-Cha-Cha,” airing on September 11 at 9 p.m. KST.

In the meantime, watch Kim Seon Ho in “2 Days & 1 Night” with subtitles below: