tvN’s “Hometown Cha-Cha-Cha” has unveiled several preview stills ahead of the upcoming episode!

Previously, the entire town of Gongjin was abuzz about Yoon Hye Jin and Hong Doo Shik’s so-called “scandal.” Nam Sook (Cha Chung Hwa) had seen Yoon Hye Jin leave Hong Doo Shik’s house in the early morning and immediately shared this information in the town chatroom called Gongjin Friends. The rumor that the two had slept together spread through the entire town. Some of the town people secretly watched the two have a meal together, but they comedically concluded that they could feel zero chemistry between the pair. 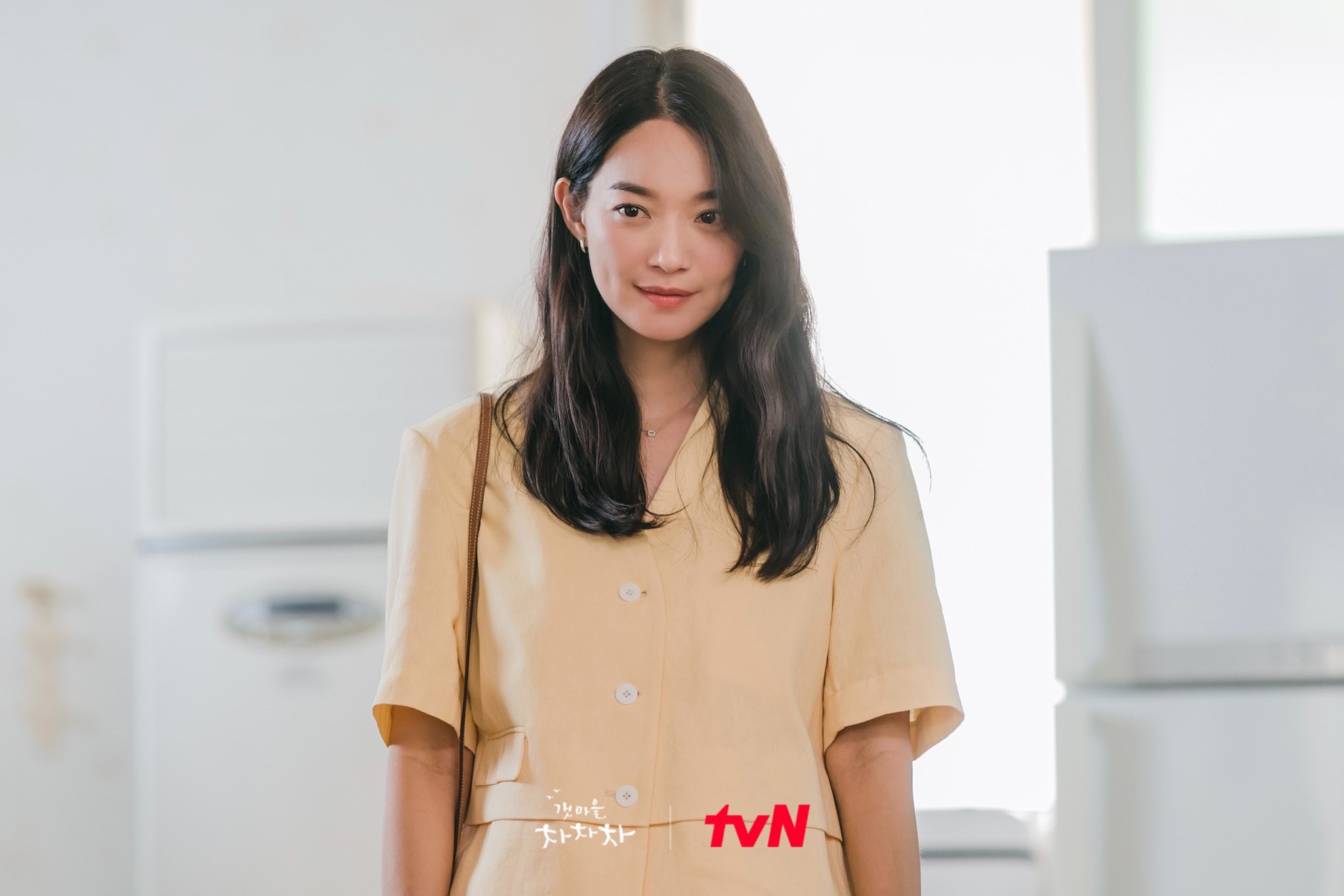 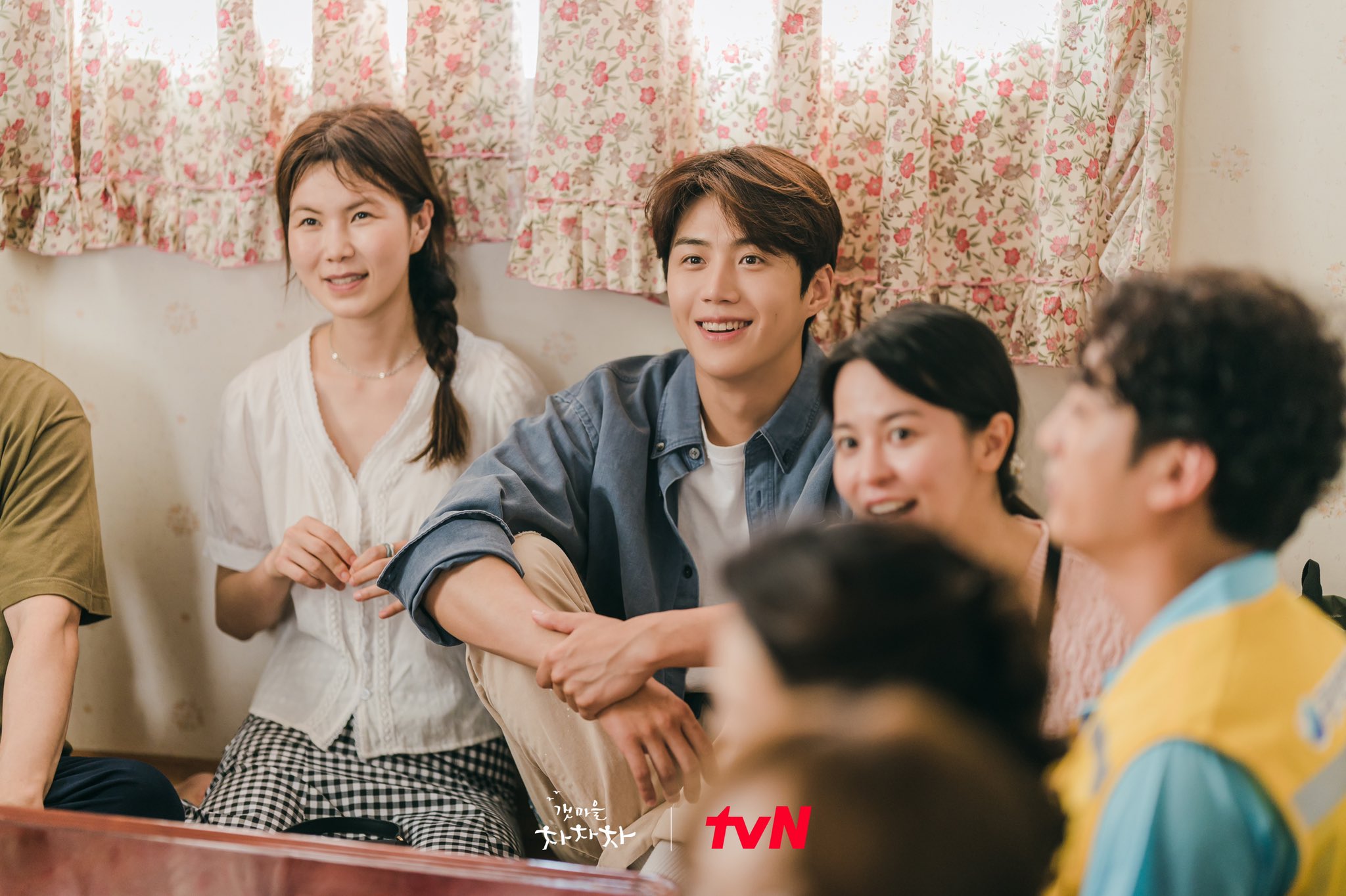 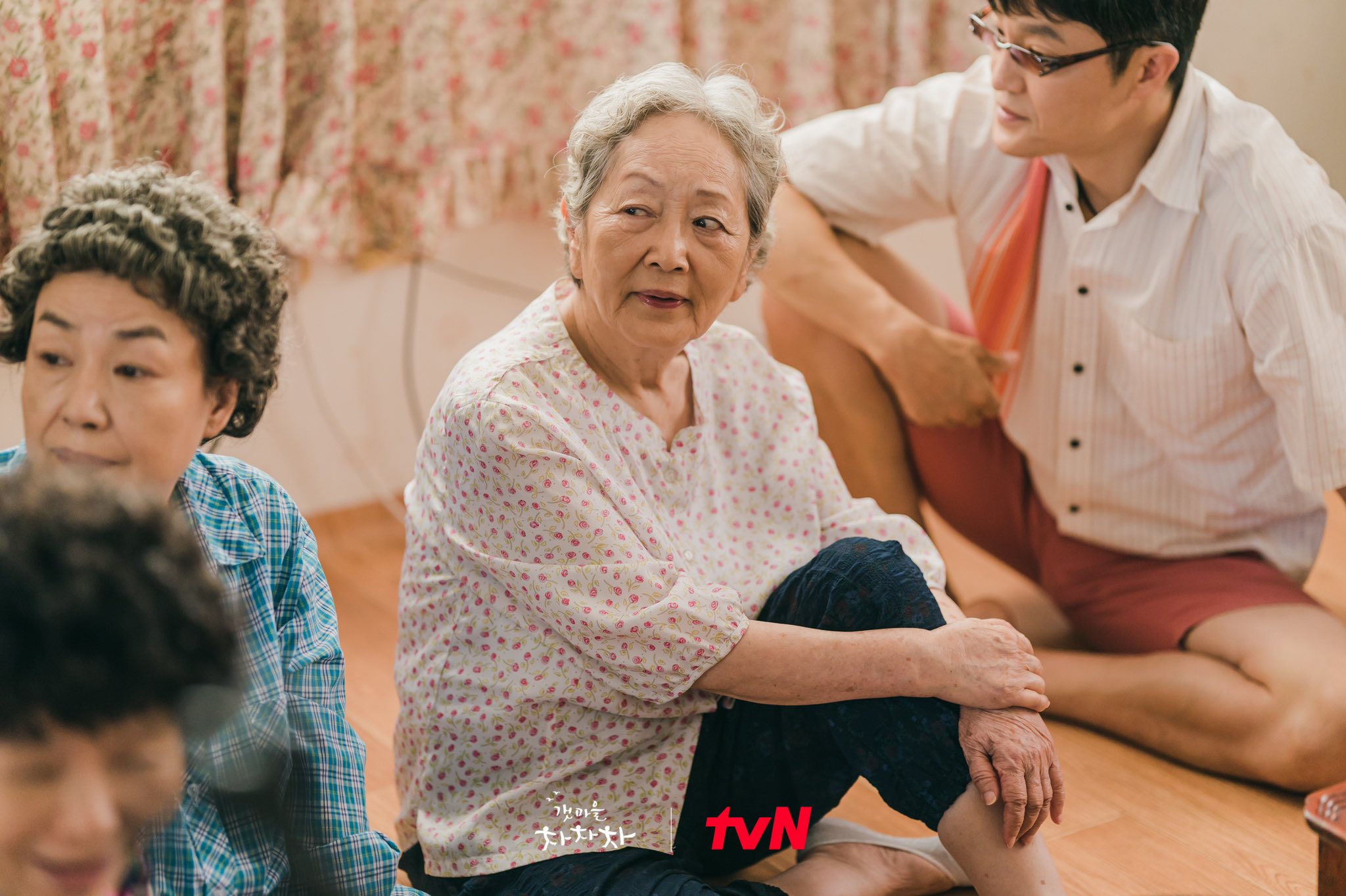 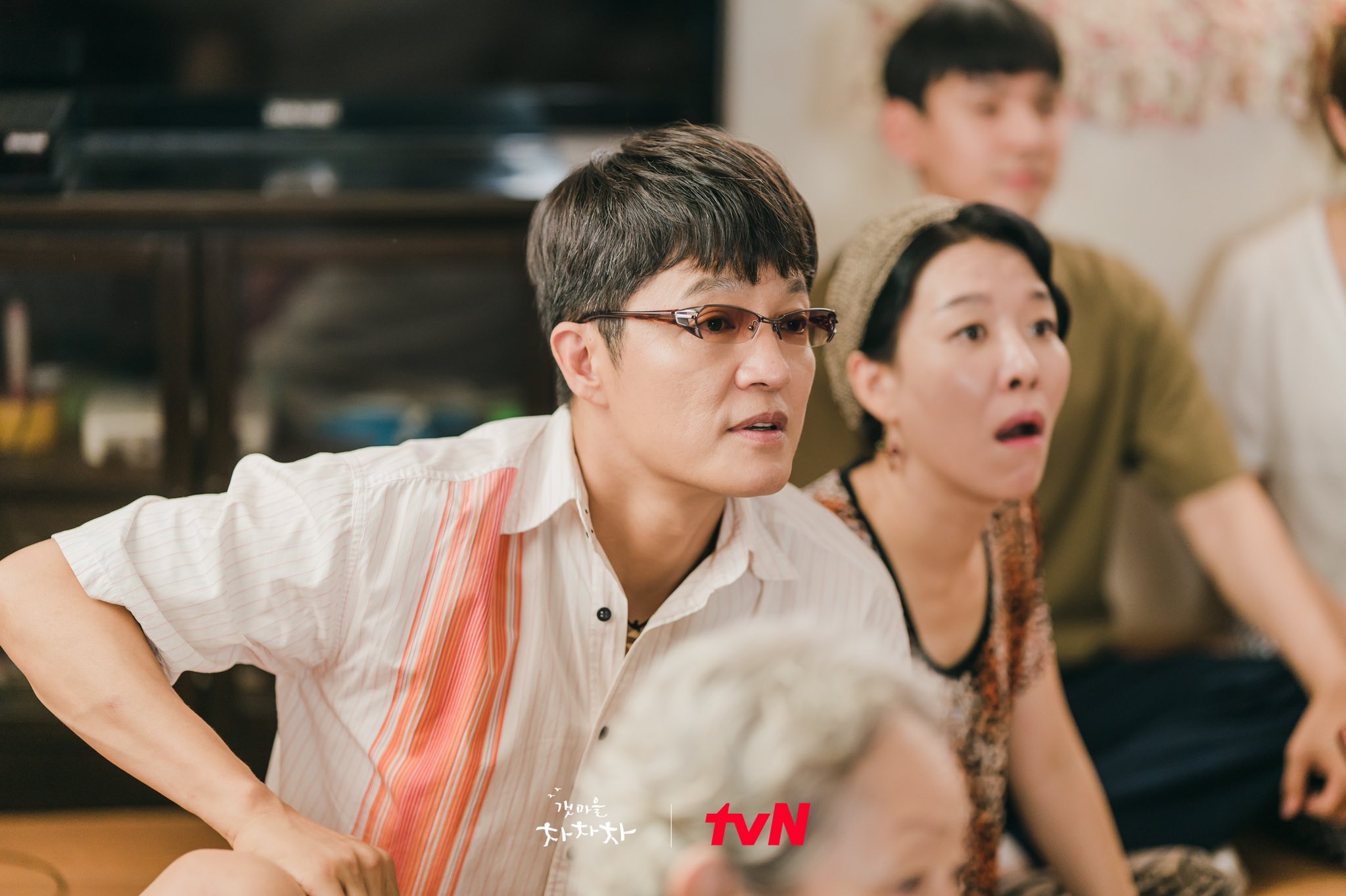 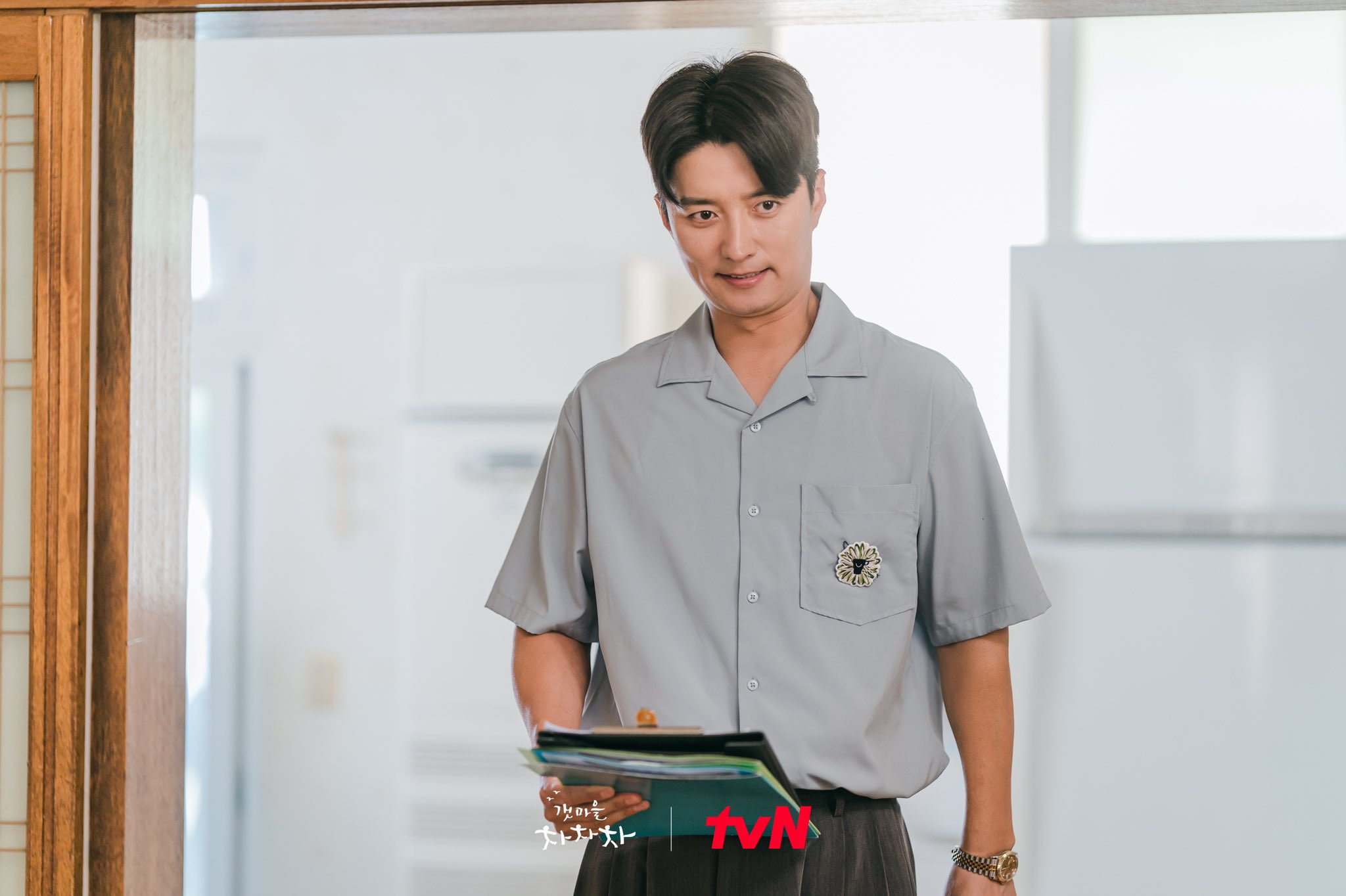 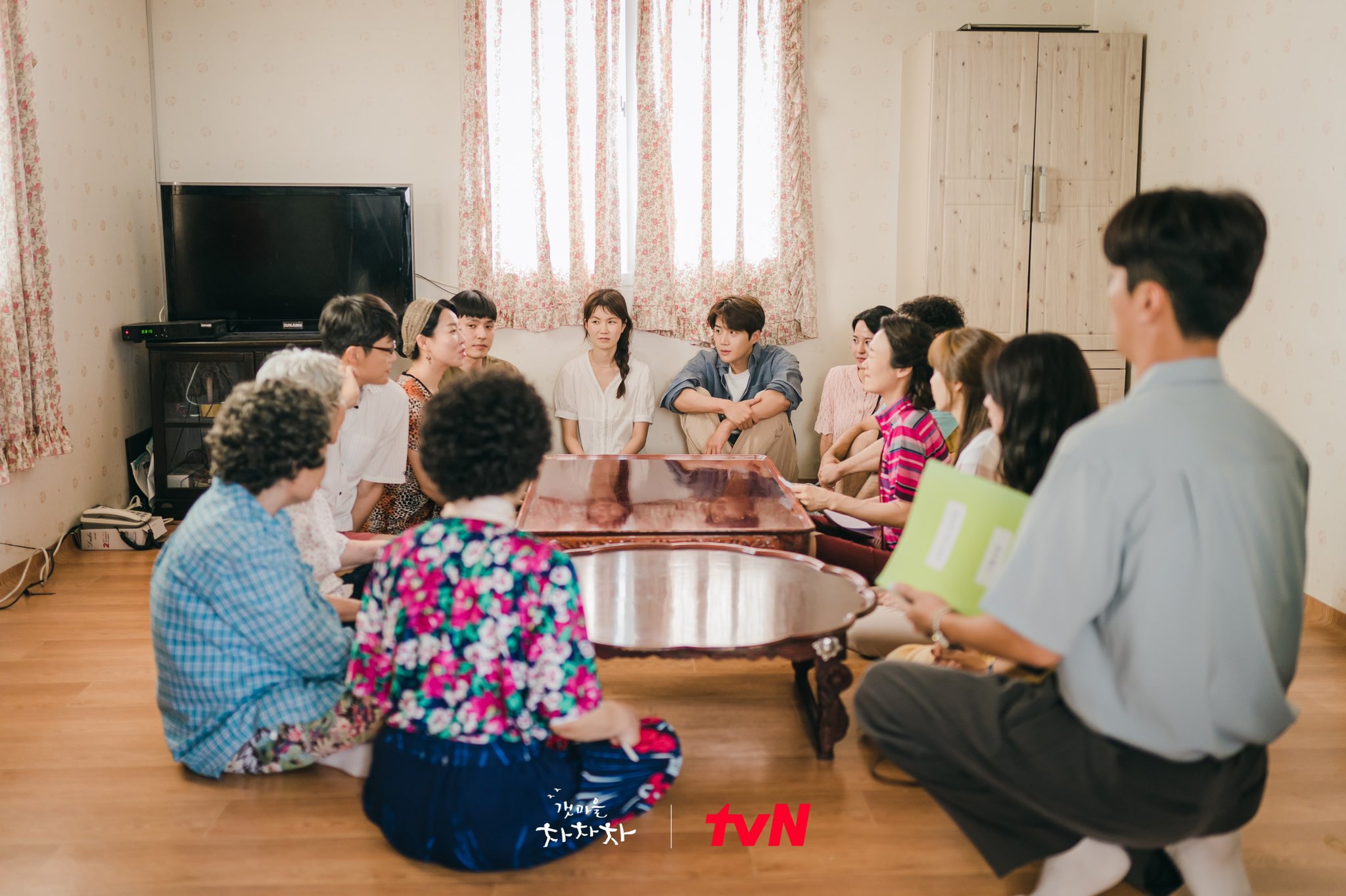 The production team explained, “You’ll be able to enjoy it even more if you focus on the emotional changes and psyches of the characters at the neighborhood meeting.”

Another set of stills reveal what will happen at Gongjin’s big event, the Lighthouse Singing Contest. The contest and festival take place in a scale much greater than the little parties that were previously depicted in the drama, and the people of Gongjin appear to be having the time of their lives as they watch the stages unfold. 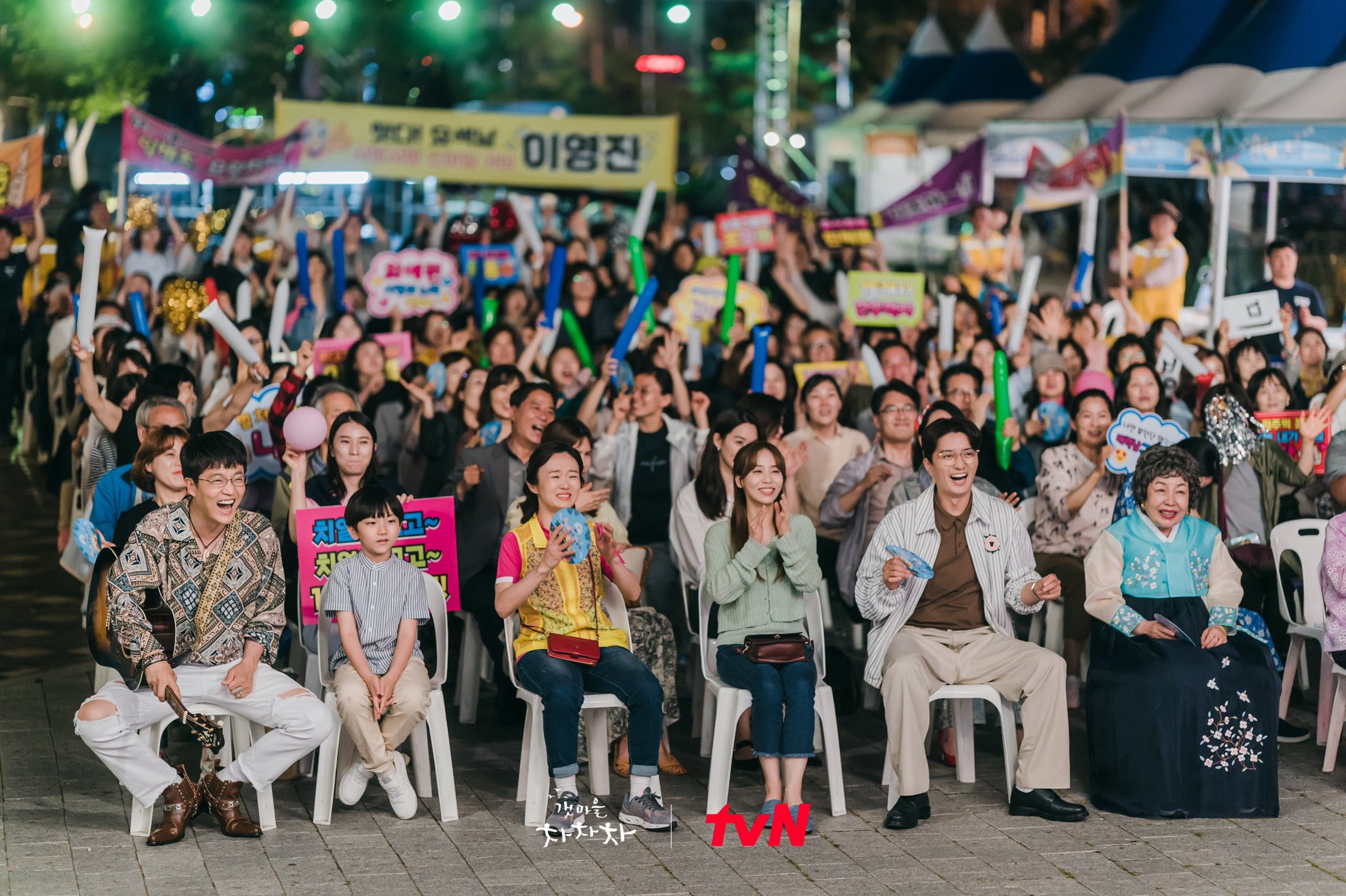 As all the fun is going on, Hong Doo Shik is working as a staff member running the event. In the previous episode, viewers were thrilled to find out that the two had shared a kiss on the night they drank wine together. But when Yoon Hye Jin belatedly remembered this fact, Hong Doo Shik told her that nothing had happened, putting a brake on their relationship. 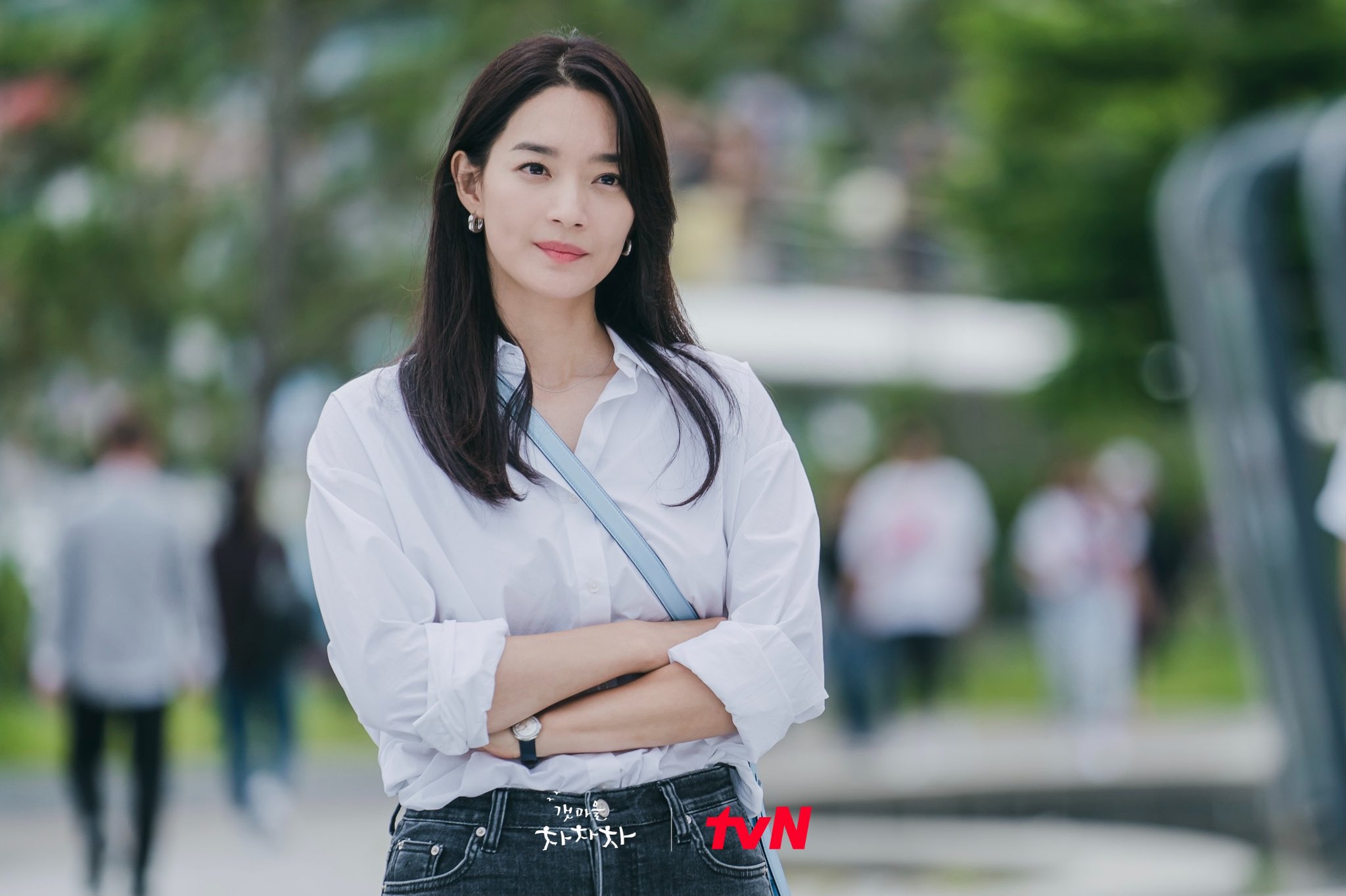 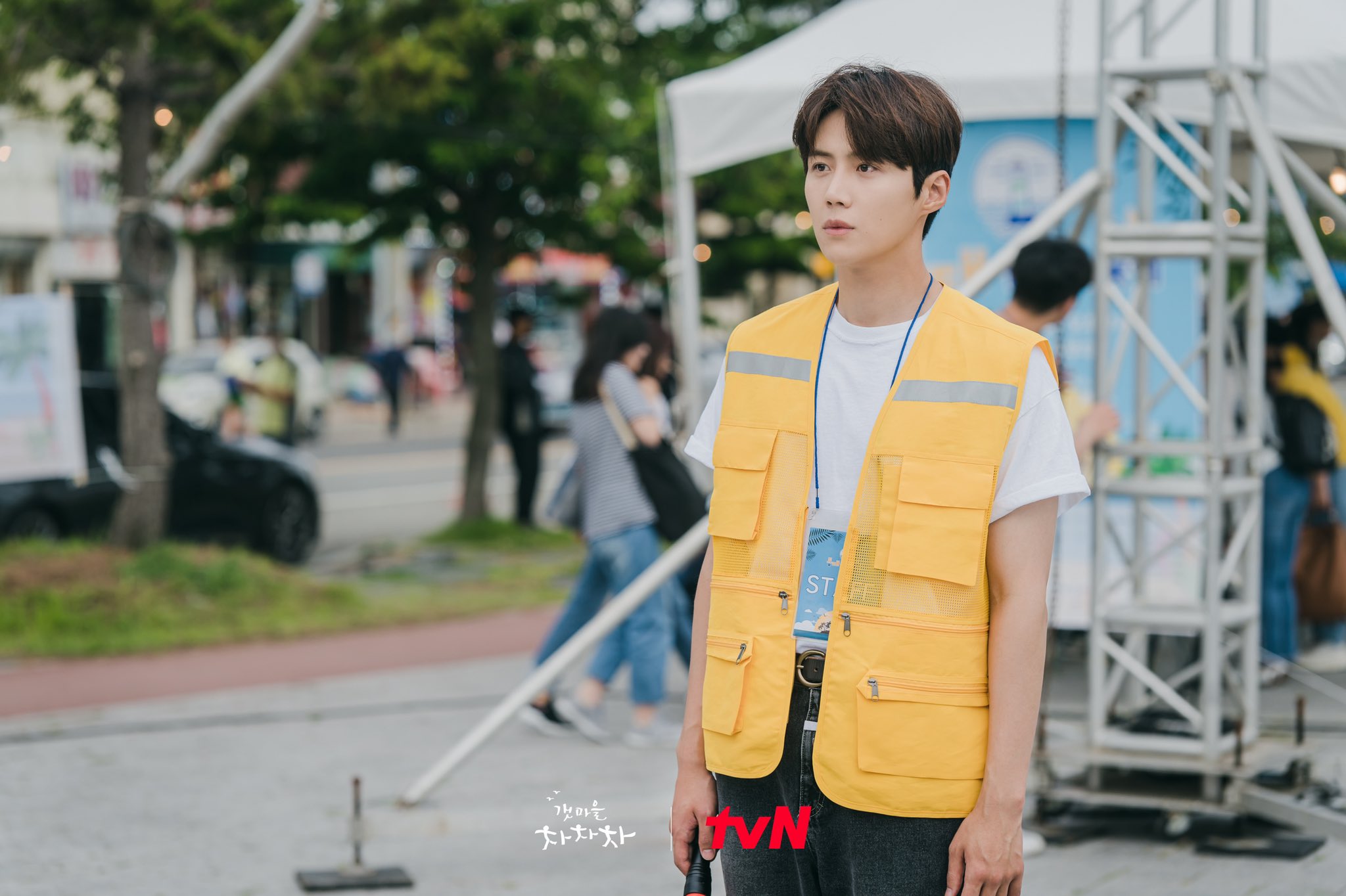 Star variety PD (producing director) Ji Sung Hyun (Lee Sang Yi) also made his appearance and displayed unexpected chemistry with Hong Doo Shik as they bickered back and forth. Ji Sung Hyun’s appearance raised questions about why he had come to Gongjin and how he will influence Yoon Hye Jin and Hong Doo Shik’s budding romance. It was also revealed that Yoon Hye Jin and Ji Sung Hyun had known each other in the past, but they have yet to run into each other. Both are spotted at the festival, leaving viewers wondering if they will finally meet. 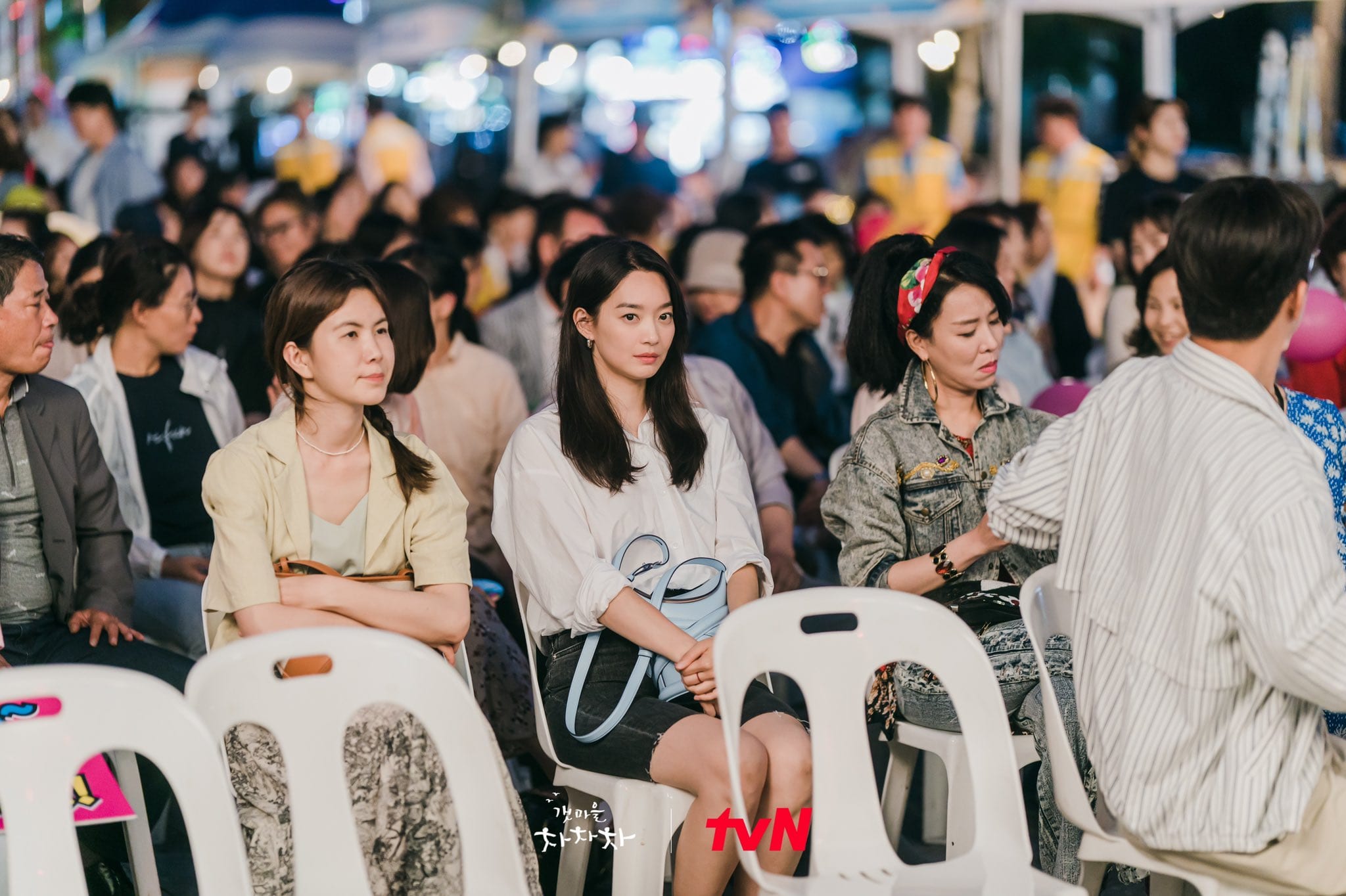 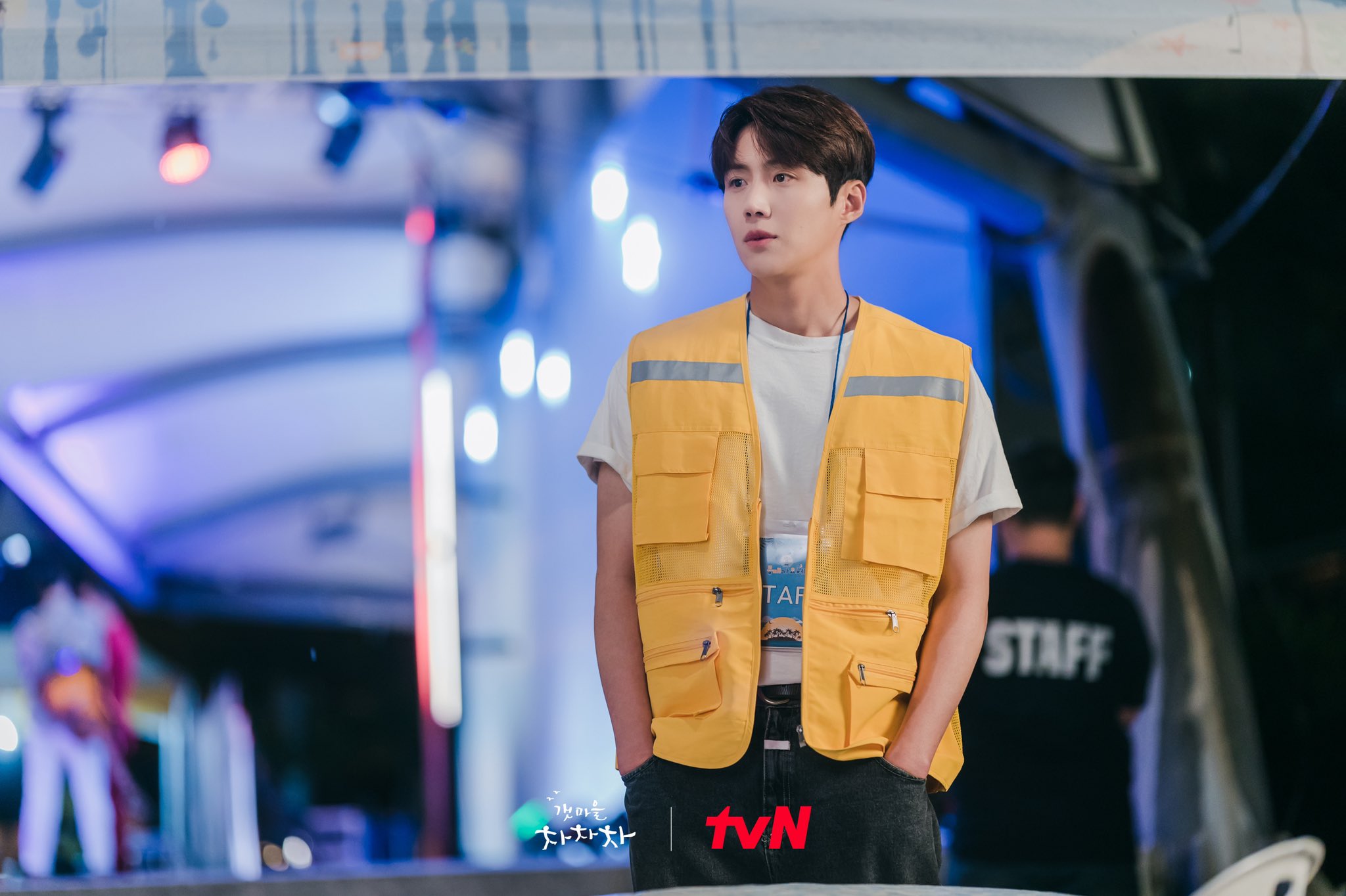 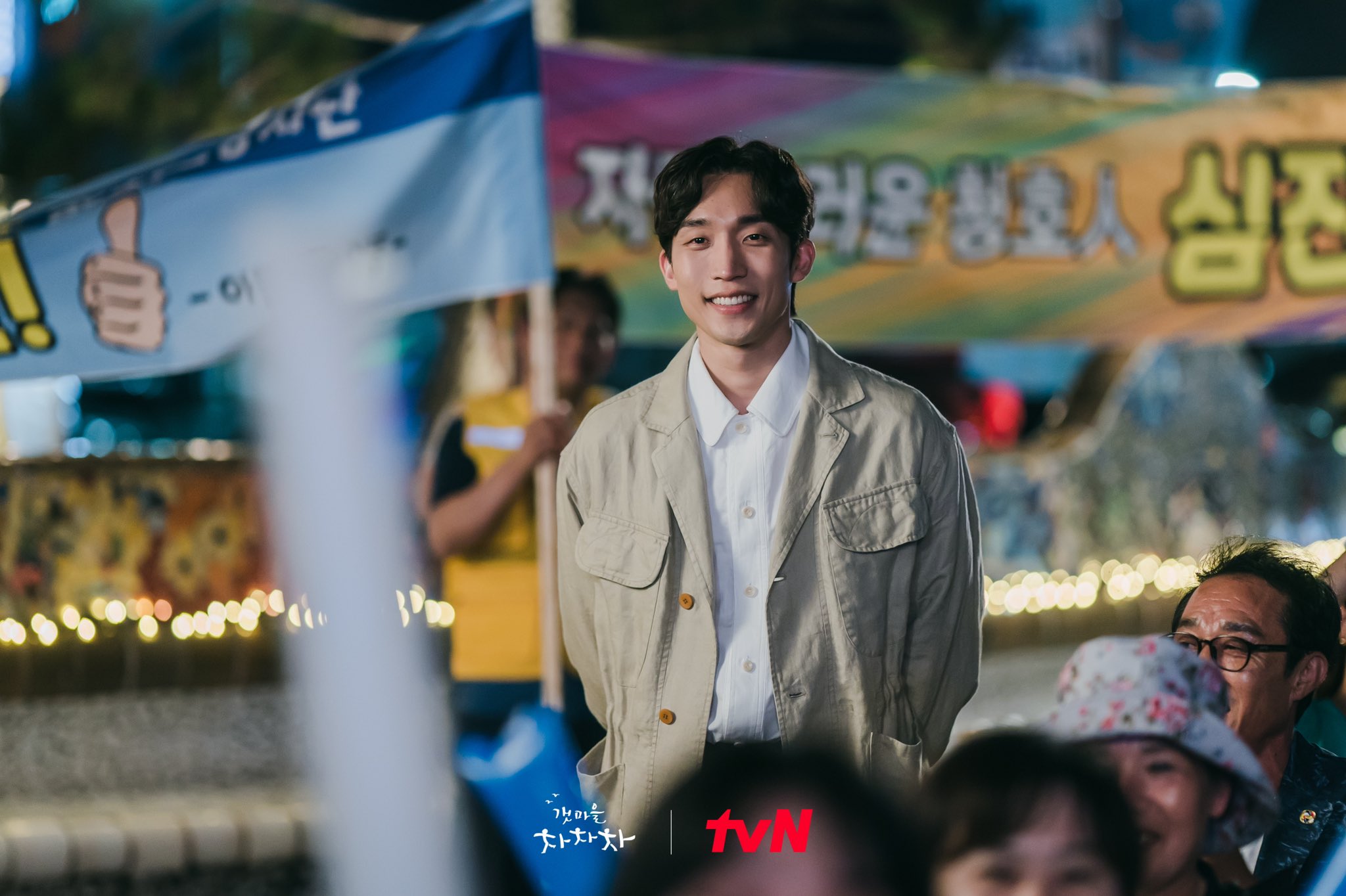 The drama’s producers revealed that the scene was difficult to film due to the rainy weather and required lots of staff on set. “We took preventative measures for COVID-19 and filmed safely thanks to the help of the city and the citizens. I hope you will feel and enjoy the festive atmosphere through the broadcast.”

“Hometown Cha-Cha-Cha” airs on Saturday and Sunday at 9 p.m. KST.

Also check out Lee Sang Yi in “Youth of May“: