A painting competition will unfold in the next episode of SBS’s “Lovers of the Red Sky”!

“Lovers of the Red Sky” is a historical fantasy romance drama starring Kim Yoo Jung as the Joseon Dynasty’s only female painter, Hong Chun Gi, who was born blind but miraculously regains vision. Ahn Hyo Seop stars as the blind astrologer Ha Ram, who is able to read the starts despite losing his sight. Gong Myung co-stars as the romantic and free-spirited Prince Yangmyeong, a lover of the arts who falls for Hong Chun Gi.

One of Hong Chun Gi’s primary character traits is her love of art and her genius talent for painting. In the stills for the upcoming episode 5, Hong Chun Gi enters the Maejukheon Art Competition, which is being held by Prince Yangmyeong. Talented artists from all around the country gathered to enter the competition, creating fierce stakes for anyone who wants to win.

However, Hong Chun Gi doesn’t lose to any of them when it comes to passion or skill. This is her chance to establish herself as an artist, but she also badly needs the prize money to treat her father’s mental illness. To do this, she must place first in the entire competition. 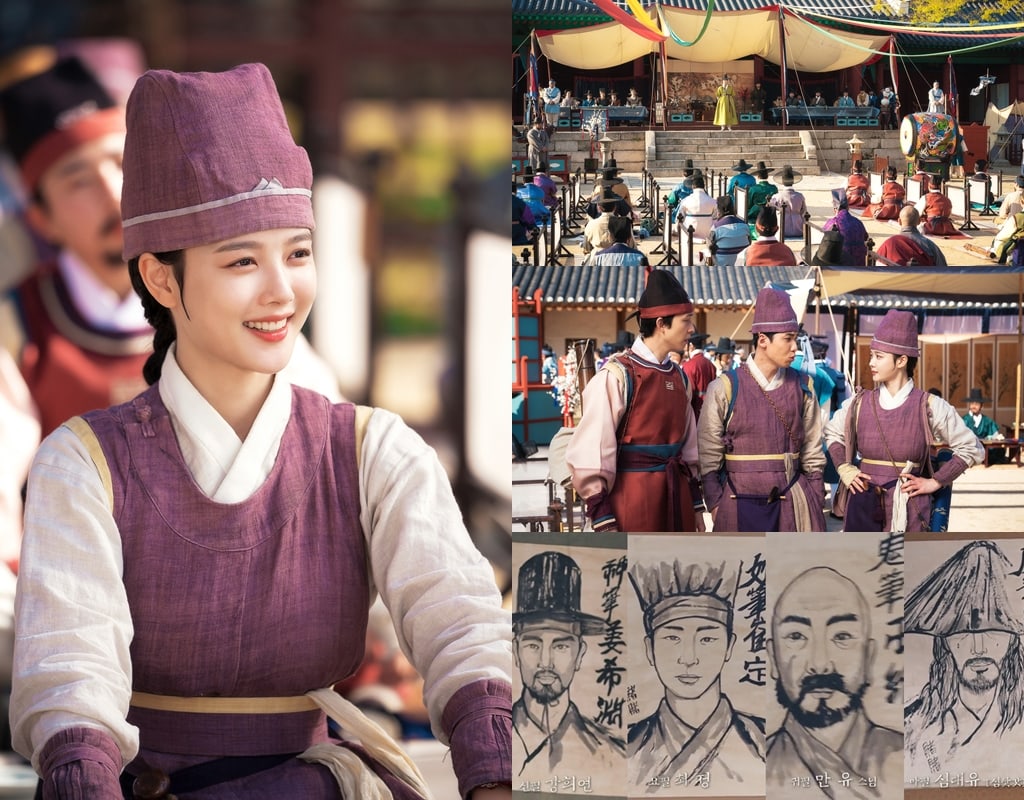 Viewers can also look forward to the efforts of the arts director, Jang Tae Yoo, in creating this scene. Having previously worked on the drama “Painter of the Wind,” Jang Tae Yoo will bring Hong Chun Gi’s ability to put her emotions into her use of color to life and bring greater impact to the visual direction of the drama.

As an actress and an artist herself, Kim Yoo Jung passionately threw herself into the scene as well, learning the details of the hand movements fro an expert and creating drawings herself to completely immerse herself in her role. It is reported that the entire production staff admired her work after she had given it her all during the actual filming.

Watch the first episode of the drama on Viki:

Kim Yoo Jung
Lovers of the Red Sky
How does this article make you feel?