“Lovers of the Red Sky” is a historical fantasy romance drama starring Kim Yoo Jung as the Joseon Dynasty’s only female painter, Hong Chun Gi, who was born blind but miraculously regains vision. Ahn Hyo Seop stars as the blind astrologer Ha Ram, who is able to read the starts despite losing his sight. Gong Myung co-stars as the romantic and free-spirited Prince Yangmyeong, a lover of the arts who falls for Hong Chun Gi.

In the last episode, Hong Chun Gi attempted to enter the Maejukheon Art Competition, which is being held by Prince Yangmyeong. The competition exists to pick out the most distinguished painter amongst all the talented artists in the nation. Prince Yangmyeong has made it so that the contestants compete with only their skills, regardless of their status or class. Hong Chung Gi has resolved to do well in the competition as she has dreamt of participating in one for a long time.

The new stills reveal the set of the Maejukheon Art Competition, which has come alive with buzz due to Hong Chun Gi’s unexpected actions. The picture captures Hong Chun Gi looking deathly pale as she gazes at Prince Yangmyeong with resentment. Hong Chun Gi appears to be pleading for something while on her knees, hinting at the grave situation she has gotten into. Prince Yangmyeong also looks flustered by Hong Chun Gi’s unexpected and sudden action, and his face stiffens up coldly. A tense atmosphere flows between the two, raising questions about the upcoming episode. 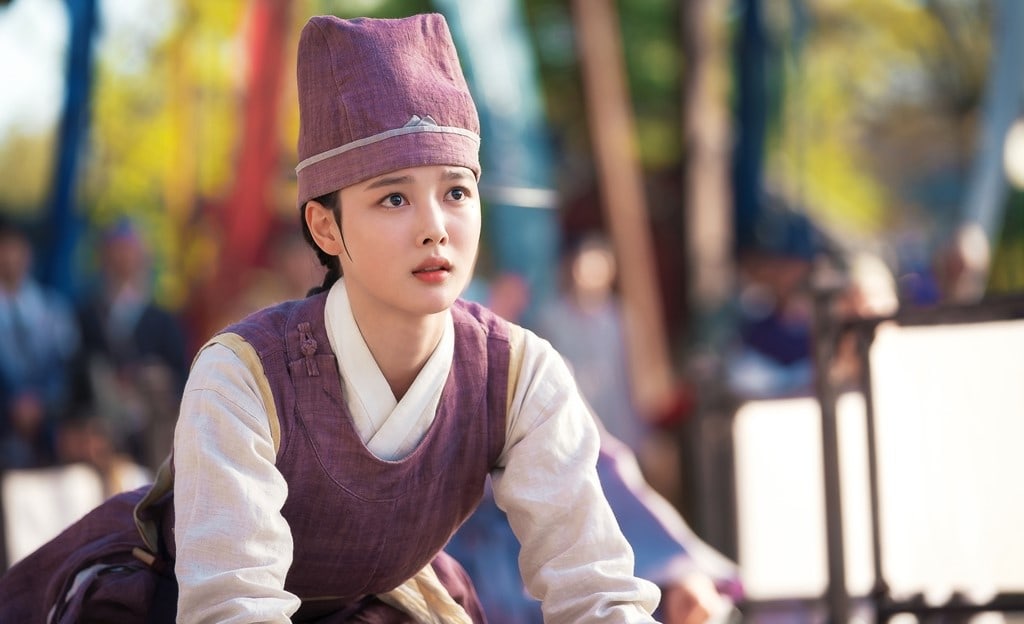 Hong Chun Gi and Prince Yangmyeong’s relationship has taken a turn for a change compared to their last refreshing confrontation. Previously, Prince Yangmyeong had considered Hong Chun Gi to be rude but still laughed over her adorable misunderstanding. However, Prince Yangymyeong now appears to be acting cold due to the artwork Hong Chun Gi has painted. He examines Hong Chun Gi’s painting carefully, making viewers curious about what she could have drawn. 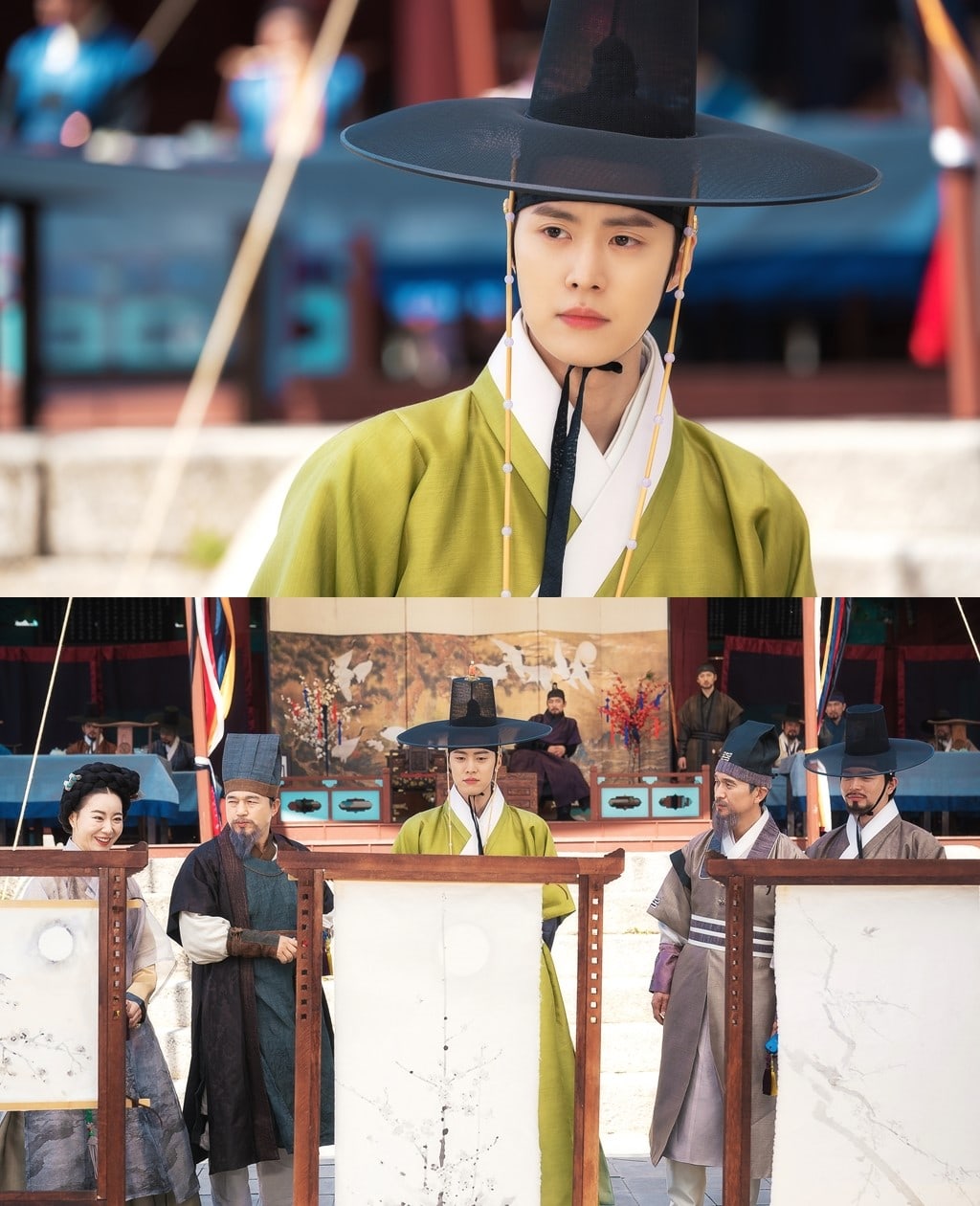 The upcoming episode reveals how Prince Yangmyeong will review Hong Chun Gi’s painting and why he’s looking so coldly at her. The production team shared, “On this day, a large commotion will occur on the competition grounds due to Hong Chun Gi. Please keep watch until the end while sending support to find out the fate of Hong Chun Gi, who is in danger of being eliminated at the painting competition of her dreams.”

Watch the first episode of the drama on Viki below:

Kim Yoo Jung
Gong Myung
Lovers of the Red Sky
How does this article make you feel?