The KBS drama is about the chaotic investigation that ensues when a professor at an elite police university teams up with a student who happens to be a genius hacker. Jinyoung and Krystal star as university students Kang Sun Ho and Oh Kang Hee, while Cha Tae Hyun stars as passionate detective-turned-professor Yoo Dong Man.

Previously, Kang Sun Ho opened up to Oh Kang Hee about the illegal gambling syndicate linked to her mother Oh Jung Ja’s (Kim Young Sun’s) case and the mysterious happenings surrounding the Police University. Oh Kang Hee declared that she would be participating in the investigation, and she confessed, “Also, I like you, Kang Sun Ho. I’m not going to run away anymore.” Afterwards, Oh Kang Hee gained information about the gambling ring from her mother, and with her help, Kang Sun Ho tracked the enemies’ headquarters and succeeded in capturing the suspect Go Deok Bae (Shin Seung Hwan).

The new stills capture a romantic moment between Kang Sun Ho and Oh Kang Hee. The two are unable to take their eyes off of one another, making viewers’ hearts flutter. 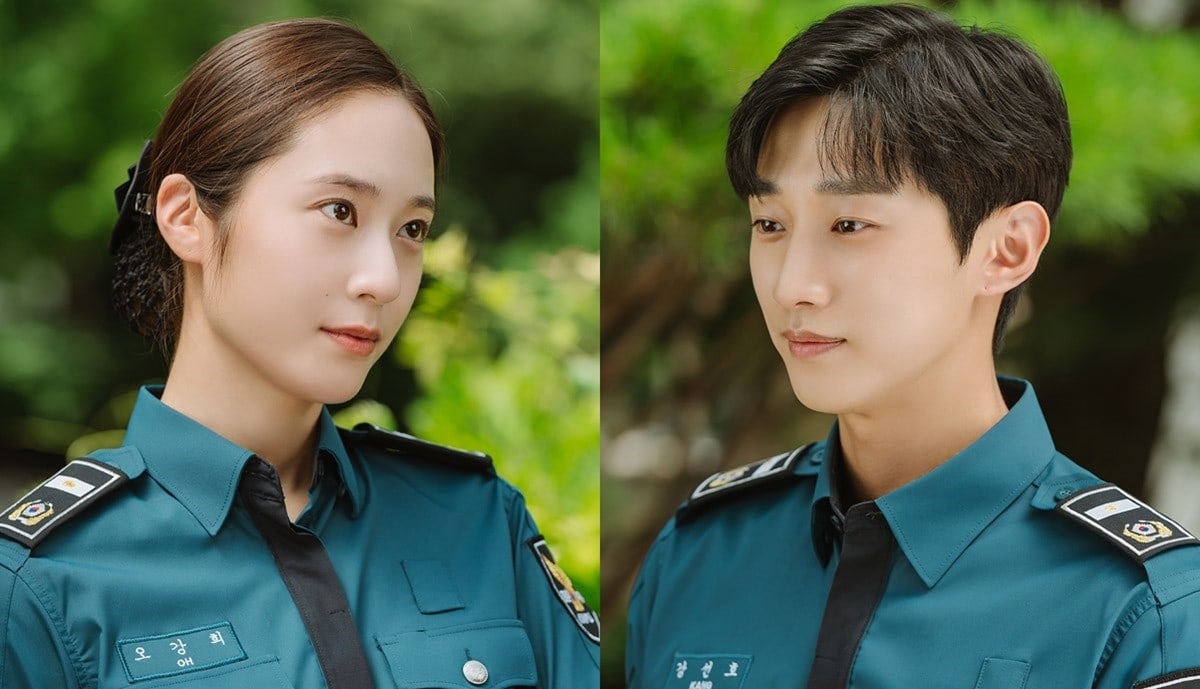 However, the couple’s happiness only lasts for an instant, and a cold atmosphere begins to flow between the two suddenly. Kang Sun Ho looks surprised with a blank expression on his face while Oh Kang Hee sends him a sharp glare, previewing trouble between them. To make matters worse, the couple will face new hardships due to the illegal gambling group, causing the suspense to continue. 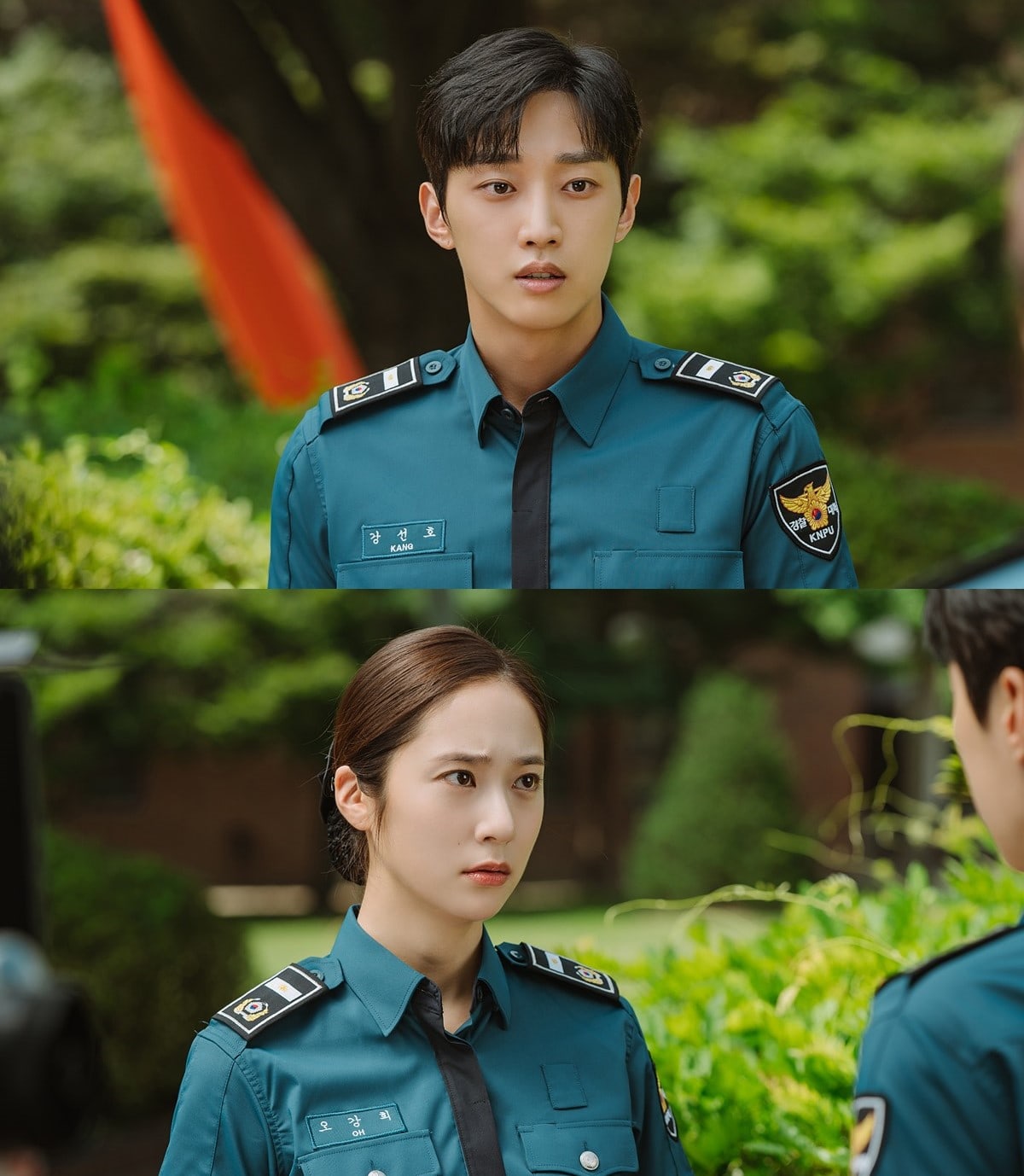 The production team shared, “In today’s broadcast, a fresh youth romance story will be depicted in which the couple spends sweet time together while sometimes bickering and sometimes sulking. Within a campus full of romance and friendship, an endless and desperate struggle will unfold against the illegal gambling ring, so please look forward to the broadcast.” 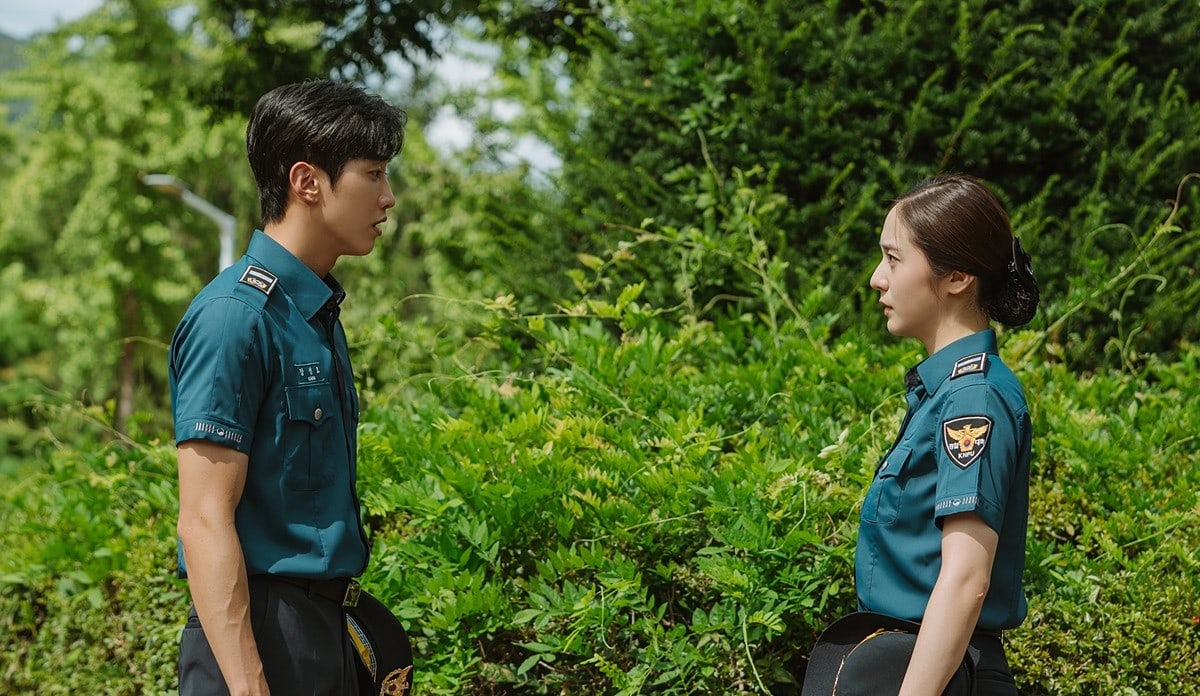