Namgoong Min has made a shocking transformation for his upcoming MBC drama “The Veil”!

In order to successfully portray his new role, Namgoong Min gained over 10 kilograms (approximately 22 pounds) by working out. The newly released skills portray Han Ji Hyuk’s strong and powerful physique. In addition to his built body, Han Ji Hyuk sports a scar that adds to his sharp appearance. Han Ji Hyuk easily captivates audience with his gaze and expression that makes him look as if he’s focusing on something. 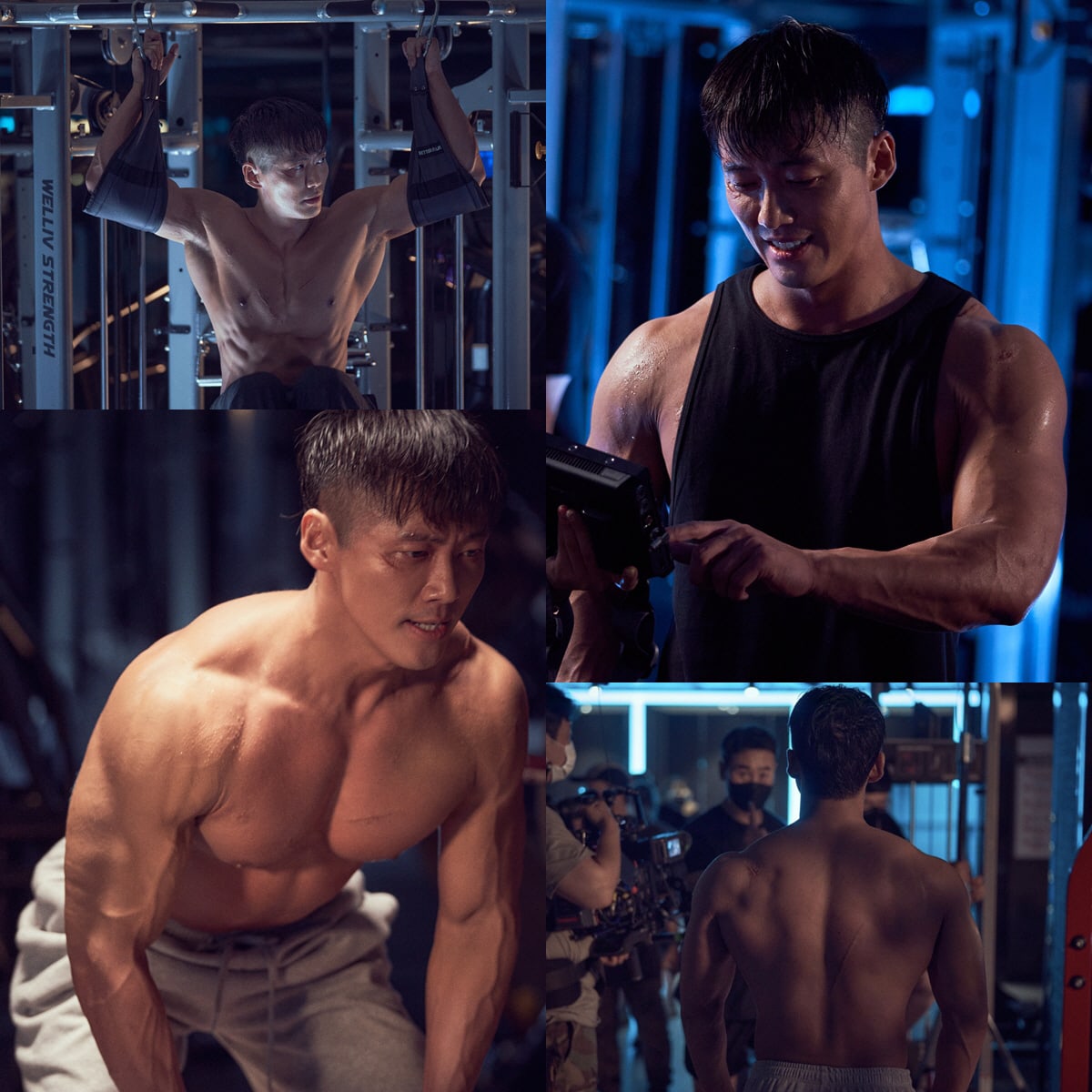 The actor shared, “Since [Han Ji Hyuk is] NIS’s greatest agent, I thought that I needed a big physique and physical strength that made it seem obvious that he could overpower his opponents when facing enemies.” He added, “I discussed this aspect with the writer when we first conversed, and the writer also readily liked [the idea].” Namgoong Min continued, “On the days I take a break from filming, I always go practice marital arts, or I go to the gym to continue exercising.”