Kim So Yeon Talks About How Hard It Was To Play Her Character In “The Penthouse,” Support From Husband Lee Sang Woo, And More

Kim So Yeon sat down to speak about her journey through the three seasons of “The Penthouse.”

In an interview following the shocking conclusion of SBS’s “The Penthouse 3,” Kim So Yeon shared her detailed thoughts on her character Cheon Seo Jin, her acting, and more.

On finally wrapping up the series, she commented, “Every time I acted in a drama, I always wanted to [finish it up] and quickly get more sleep, but this time, I felt sad as the end approached. It may be that I’ve deeply grown fond of it during the one year and a half, but I miss it already now when it’s been 10 days since filming ended. I also wonder if I’ll be able to meet a character like this ever again.”

Kim So Yeon grew immensely popular with the public through her role in “The Penthouse.” She explained that she could feel how much her popularity had grown when the people around her, including her own parents and parents-in-law, asked for her autograph. She added that children now recognized her in public as well. 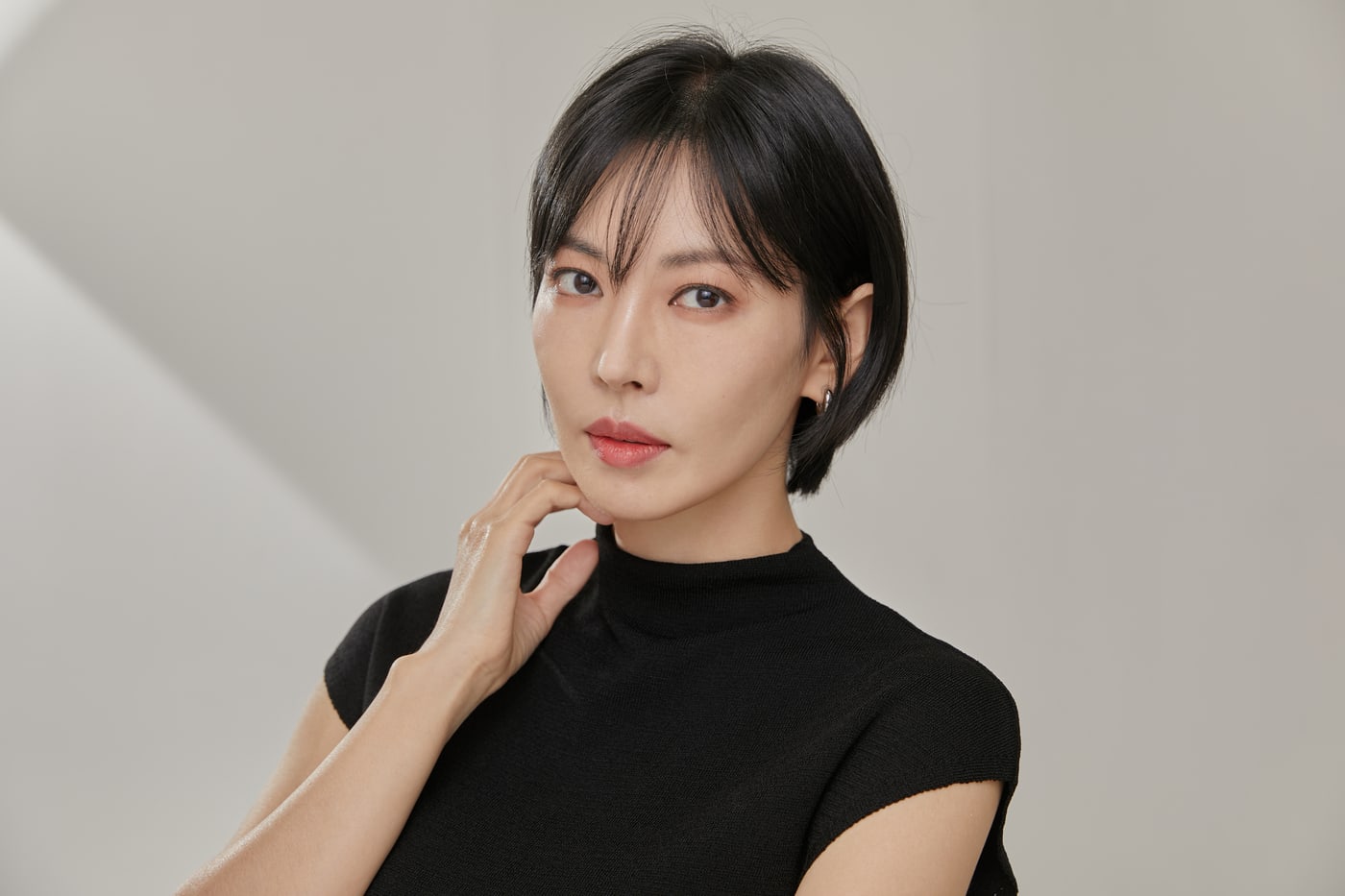 In response to a question asking which season’s Cheon Seo Jin was most memorable to her, Kim So Yeon picked the first season’s version of the character. “We spent the longest time filming the first season, and it was also the season that showed Cheon Seo Jin’s story the most. I’ve had experiences that made me shudder during season 1, so it remains in my memory the most. In the second season, there was a lot of emotional acting involved, and it was the season where my narrative with Ha Yoon Chul unfolded, so I grew fond of it. The third season was memorable because I portrayed a true villainess who was so atrocious that I couldn’t help but wonder why she had to go to that extent.”

Viewers were surprised by the stark difference between Kim So Yeon’s acting in the drama and her real self behind the scenes. Kim So Yeon credited the production team behind the making-of videos for filming her in a positive light. She also shared that while she had a more easygoing attitude initially, when they got to the second and third seasons, she found herself immersing into her role even more. “I realized that was the power of a multi-season drama, and I felt thankful for being able to be in a multi-season drama. Personally, a series that was a turning point for me was ‘Game of Thrones.’ I watched eight seasons of it, and although it’s a few years old, it was so thrilling and stimulating. I was jealous of the actors because their acting evolved with every new season. The viewers could also see their entire history, so I was jealous of that as an actress. I was glad that I could experience that.” 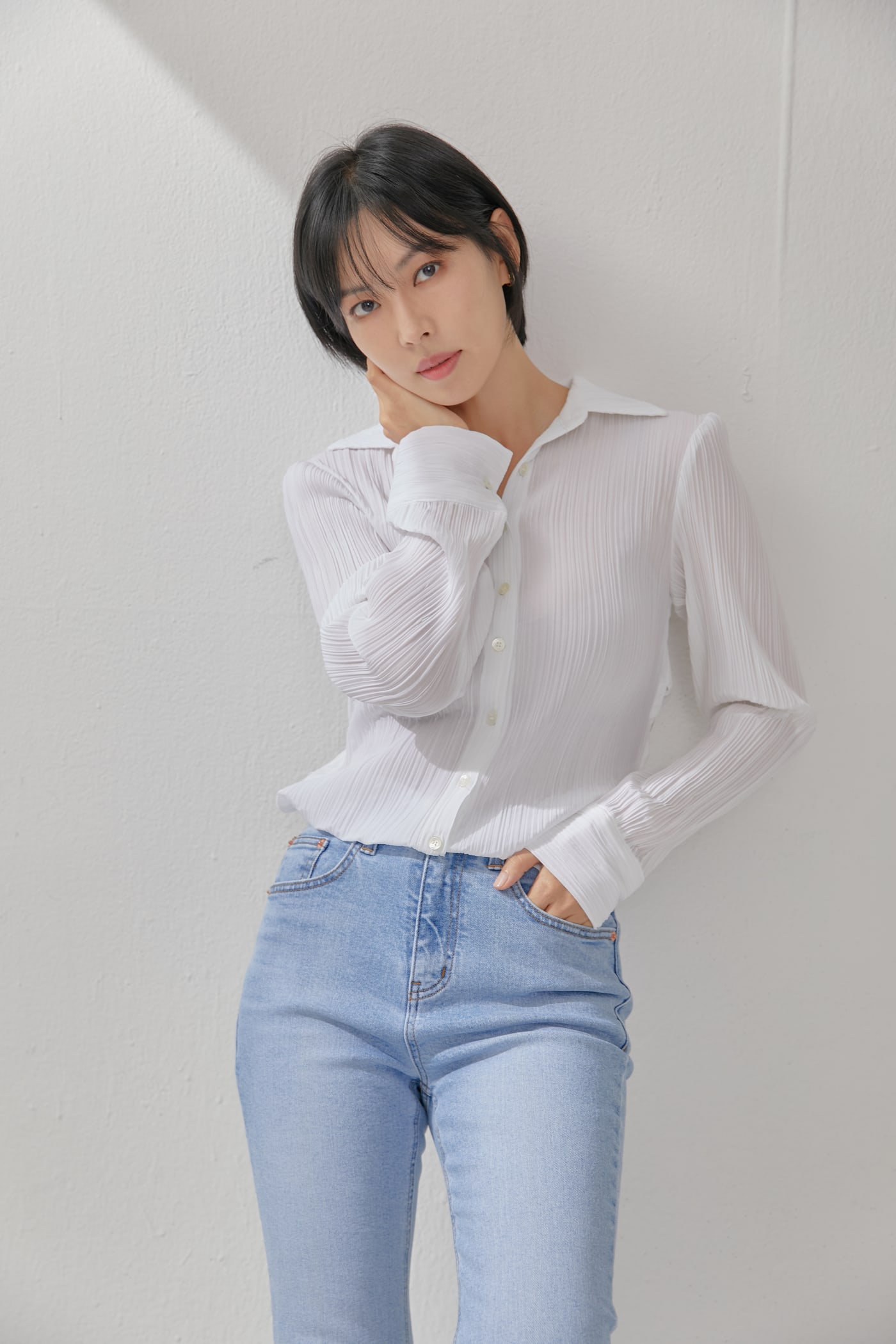 The actress spoke about actor Lee Sang Woo, her husband. “If someone asked me what the turning point of my acting career was, first there is ‘Iris,’ and second, ‘Game of Thrones.’ Another one is Lee Sang Woo. He showed me a completely different world, so there’s a huge difference between my pre-marriage self and post-marriage self. Before marriage, I wrote out my lines to memorize them. I’d have so many used-up pens. Then I met him for the first time and tried delivering my lines in harmony with someone else. That helped me so much.”

She added that Lee Sang Woo was a great source of support for her when she began her journey with “The Penthouse.” She explained, “I was contemplating whether I should star in the drama. I wondered, ‘Will I be able to do a good job?’ ‘Will I be able to receive attention?’ and he told me, ‘It’s a challenge. Why are you scared of a challenge?’ He suggested that I talk to writer Kim Soon Ok, and while it’s a honor to meet the writer and director, I’m shy and felt awkward about meeting them. At the time, he told me, ‘Go hear some good advice.’ If I hadn’t gone to that meeting, I wouldn’t be here doing this interview. It’s to that extent that he’s a big source of motivation when it comes to taking on challenges, and I’m so thankful that there’s someone like that next to me who will give me everything from good advice to critical advice.”

Lee Sang Woo even made a special appearance on “The Penthouse 2,” regarding which Kim So Yeon said with a laugh, “I was so embarrassed. I don’t know what I was so embarrassed about, but when I watched the behind-the-scenes video, I was behaving in the way I hate most. He said that on the set of his current drama, they call him Cheon Seo Jin’s husband, so he told me I made him lose all of his past career experience.” 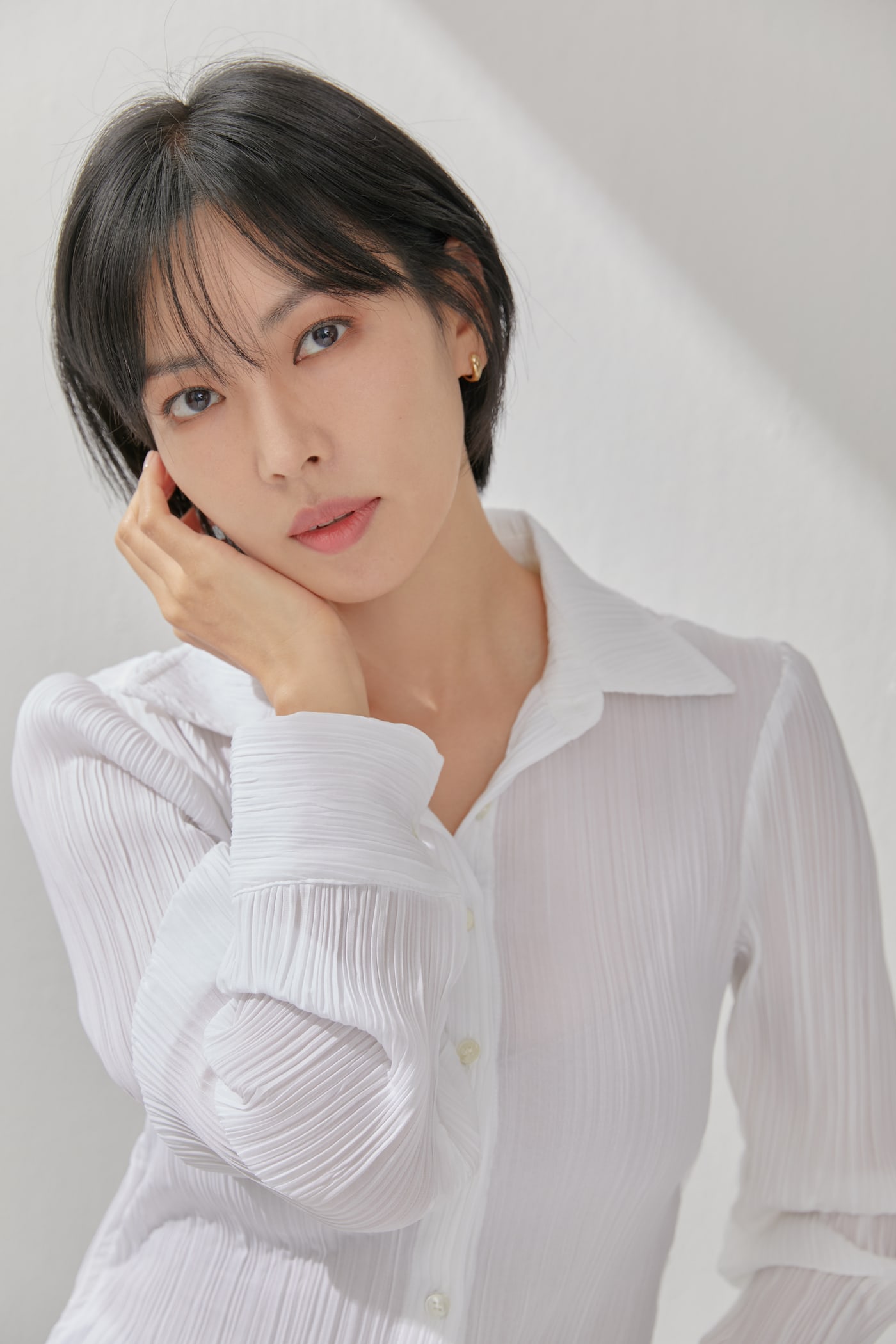 Anyone would have a hard time pulling off a character as evil as Cheon Seo Jin, and it wasn’t easy for Kim So Yeon either. “I always said as a joke, ‘I’m really too cruel to Yoon Hee (Eugene).'” She even went on to describe Cheon Seo Jin from the third season as someone who “sold her soul to the devil,” sharing, “I felt sorry for her while acting.”

She especially had a hard time with the scene where she pushes Yoon Hee down a cliff. “I hated Cheon Seo Jin so, so much. I shouted [to myself], ‘I can’t hate her, I can’t hate her,’ but I really couldn’t forgive her in that moment. I pulled myself together and acted, but I was so surprised when I received the script. ‘The culprit isn’t Joo Dan Tae (Uhm Ki Joon)? It’s me?'” 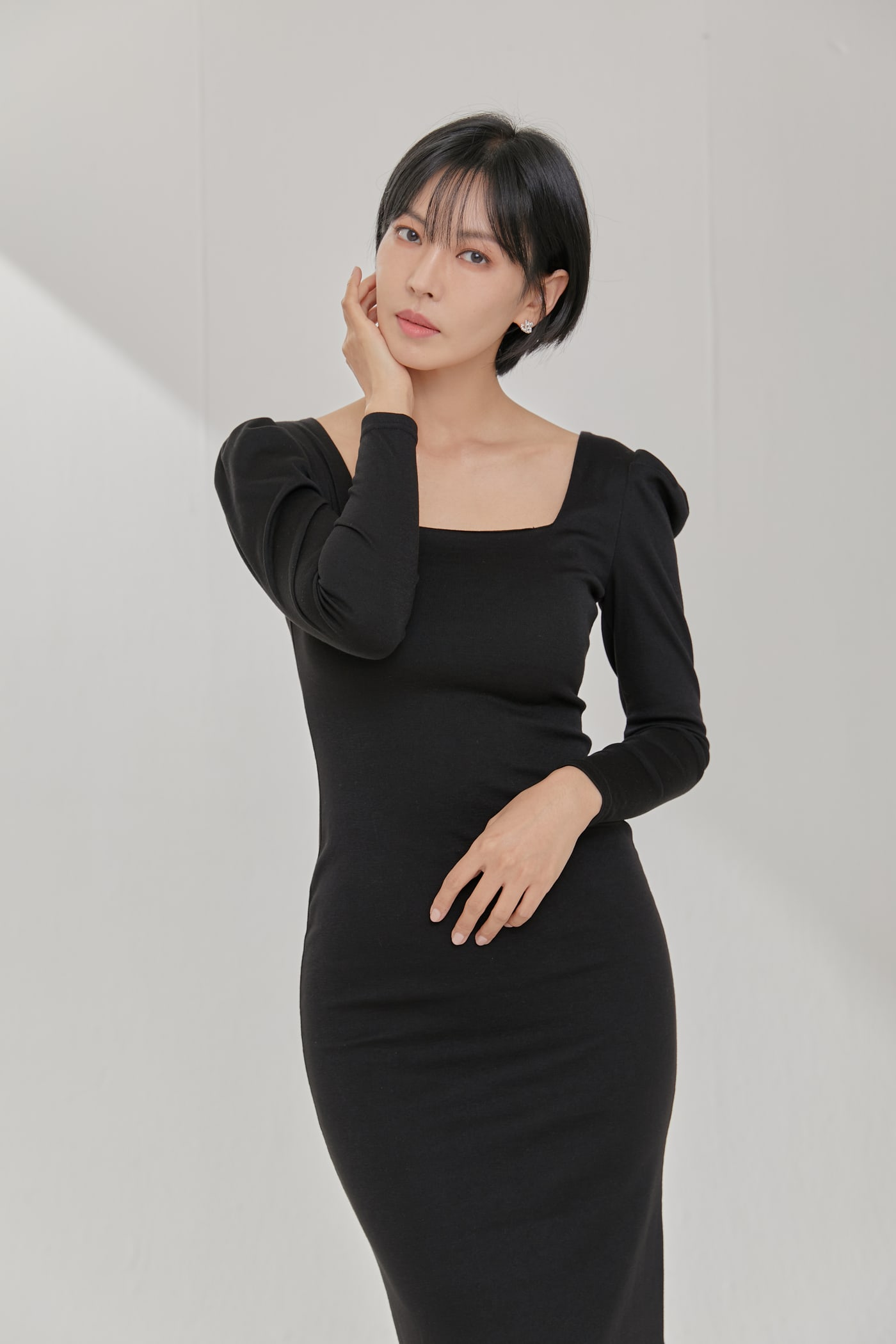 Regarding the last parts of the drama where Cheon Seo Jin cuts her hair short, she revealed that it was her idea to cut her real hair. “At first, I thought of a wig. There are three scenes, and I contemplated for a whole week whether I’d cut my hair or not for those five minutes. The costume team told me to use a wig, but it kept me up at night for a week. ‘Cheon Seo Jin has given so much to Kim So Yeon. Can’t you do that one thing for Cheon Seo Jin in her last moments?’ was the thought I had. I figured, what’s important about my hair, when I haven’t even decided on my next project. When I told that to my husband, he said, ‘It’s amazing that you had that thought.’ So I said I’d cut my hair, and the director said he’d change it to a scene of me cutting my own hair. I think those things help me immerse myself into the role even more, so I’m personally very satisfied with the ending scene. Cheon Seo Jin’s life was not a valuable one, so it makes me wonder if it’s okay to be this satisfied, but as an actress, I was thankful for the scene.” 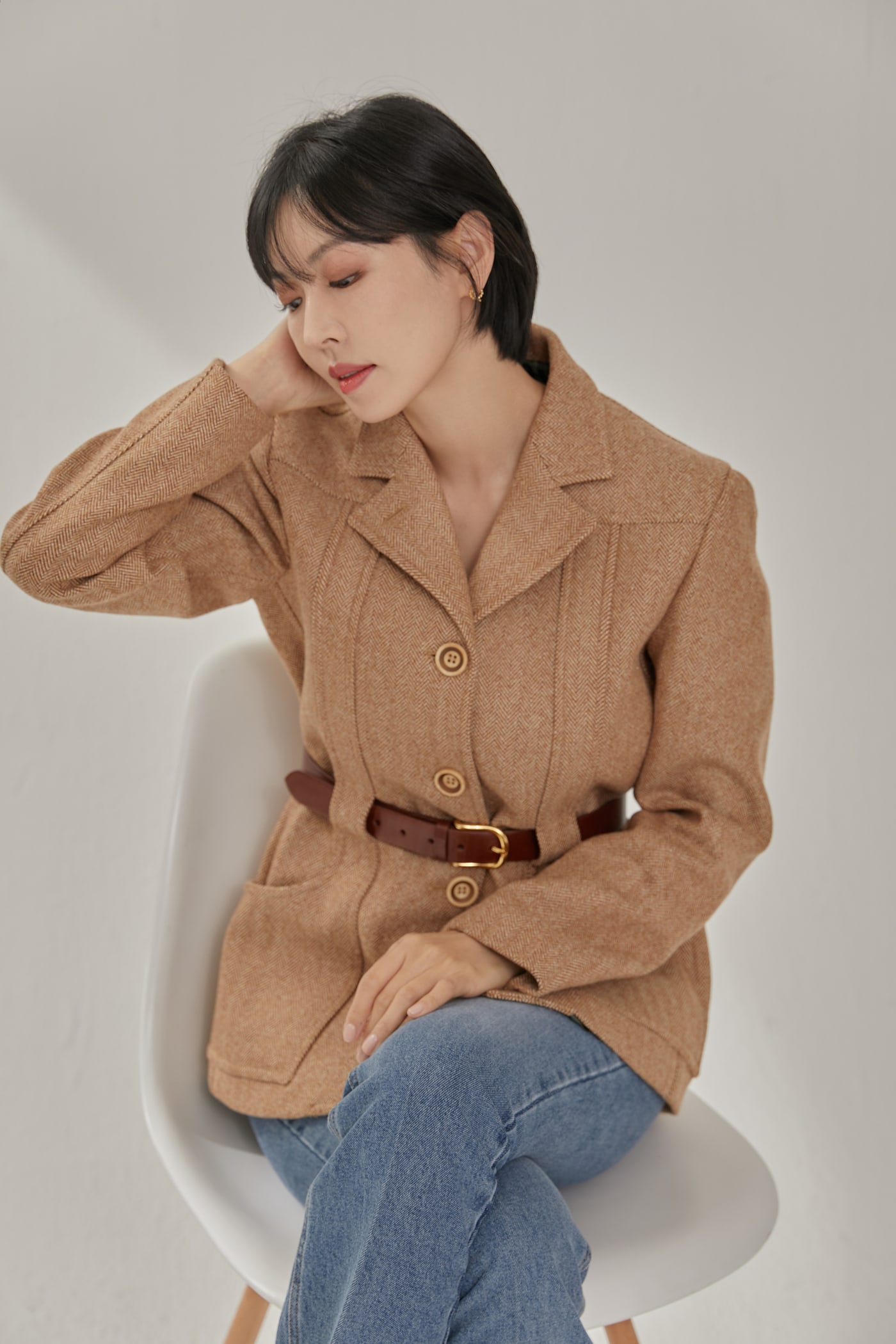 Asked to pick the drama’s most evil character of all, she picked her own character. “I used to say it was Joo Dan Tae, but after seeing season 3, I’m worse. Cheon Seo Jin is a villain that should not exist. She’s the villain of villains, so she comes first. Joo Dan Tae comes second, and the rest are all third.”

Wrapping up the interview, Kim So Yeon revealed her upcoming plans that include photo shoots and commercial shoots. “My hair has to be long for some of them, so I’m going around trying to buy wigs. I like reading webtoons, but I haven’t been able to read a single one, so I have about 10 in my to-read list. I want to read those and space out. I also want to watch a baseball game.”

Check out Kim So Yeon’s performance as Cheon Seo Jin in “The Penthouse 3” below!