Video
by U. Kim

BTS has become the first artist in the pop culture industry to be appointed as a special envoy in South Korea!

On September 14 at the Main Office Hall of the Blue House, South Korean President Moon Jae In officially appointed BTS as a special presidential envoy.

Wearing formal black suits, BTS showed up at the Blue House and reunited with the President for the first time in approximately one year since their visit for National Youth Day in 2020.

Greeting the members with a fist bump, President Moon Jae In presented each BTS member with a certificate of appointment, a diplomatic passport, and a fountain pen. This was followed by a group photo to commemorate the special day. J-Hope raised his two thumbs up at President Moon Jae In after the photo, and the attendees erupted into laughter. 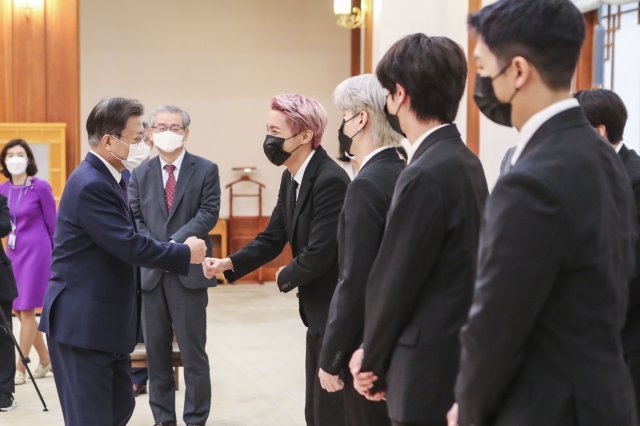 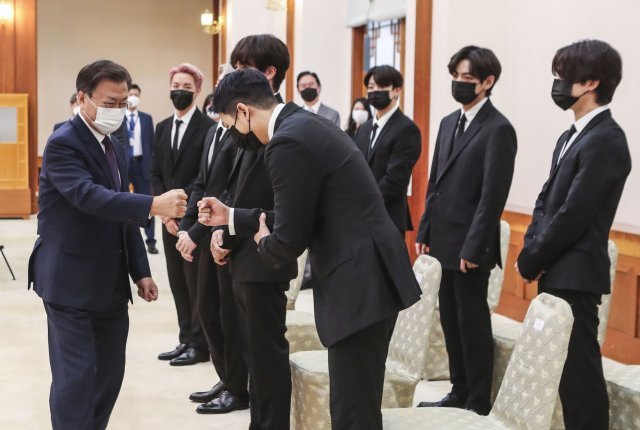 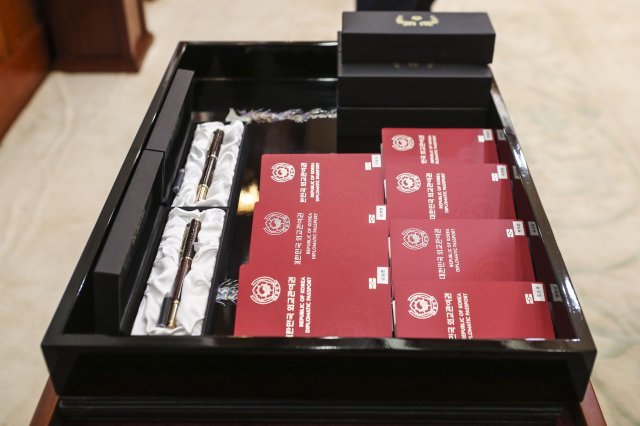 After the ceremony, the members took some photos of their own with their new diplomatic passports. 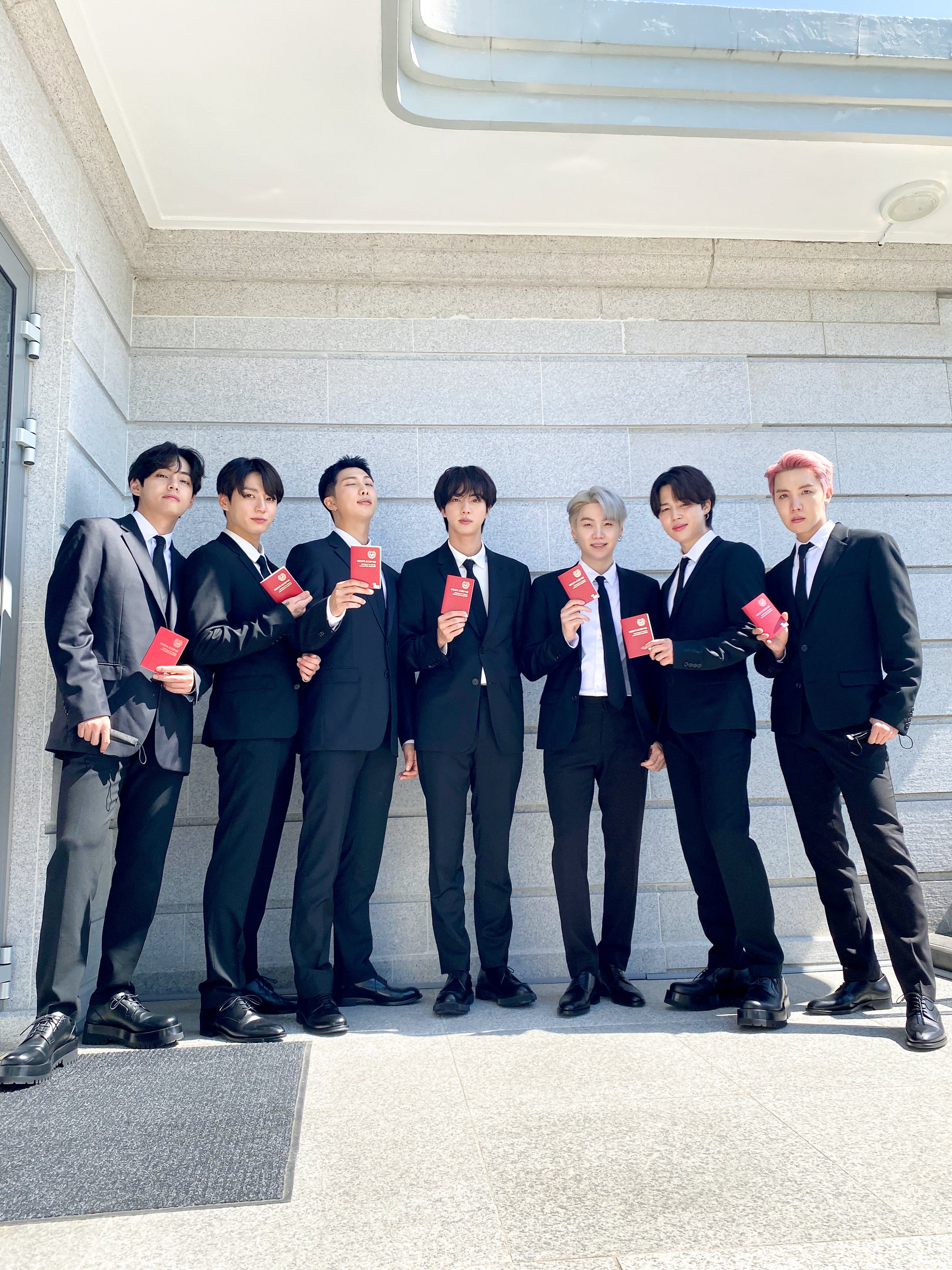 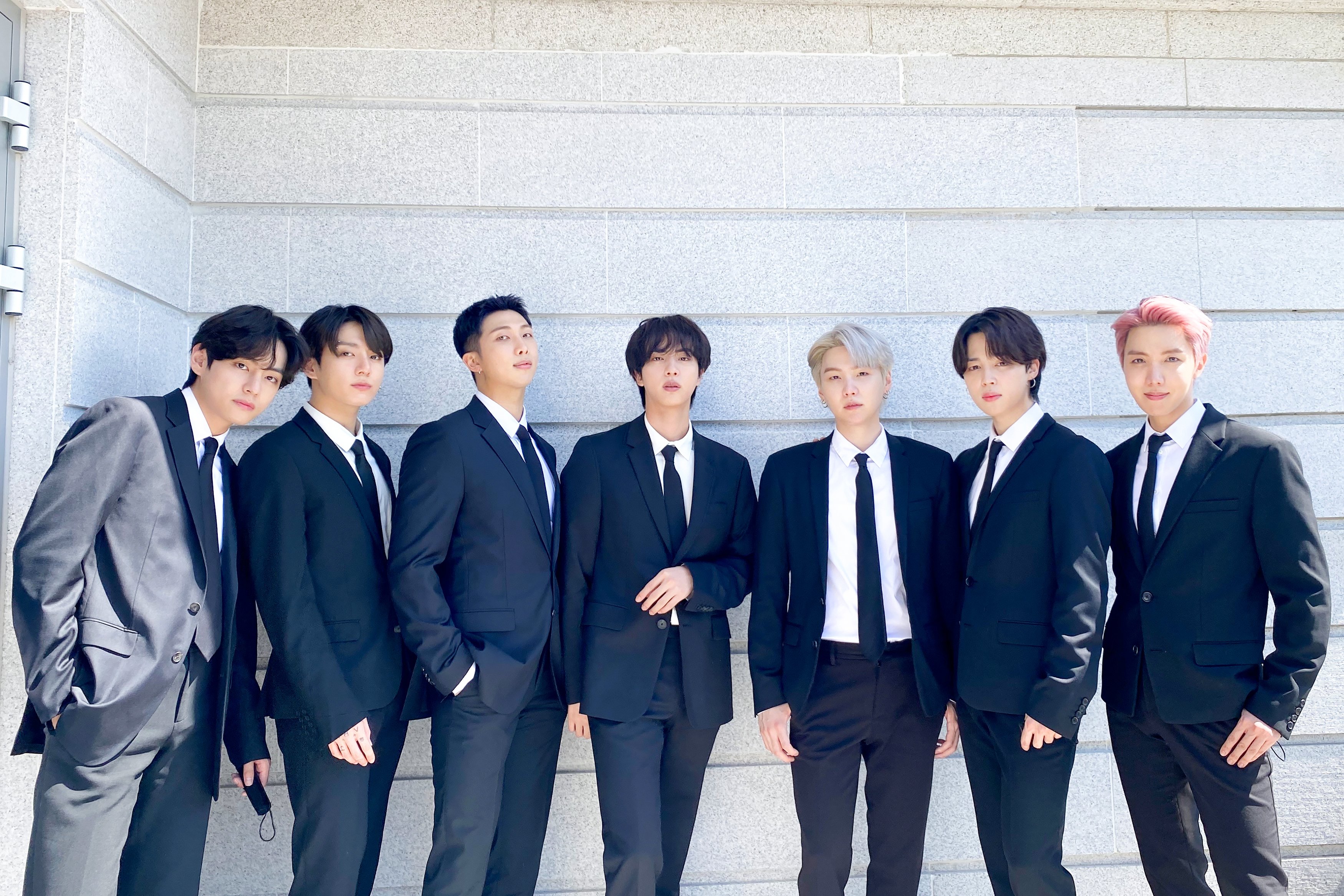 BTS will now be carrying out their duties as a special presidential envoy for future generations and culture. From September 19 to 23, BTS will be accompanying President Moon Jae In in his visit to the United States.

BTS’s first official event as a presidential envoy will be the 76th session of the United Nations General Assembly (UNGA 76), where the Sustainable Development Goals Moment (SDG Moment) event will take place on September 20. BTS will be attending the event and delivering a speech along with a video performance. It is said that President Moon Jae In has asked BTS to represent South Korea and share a message of consolation and hope to the youth all over the world. 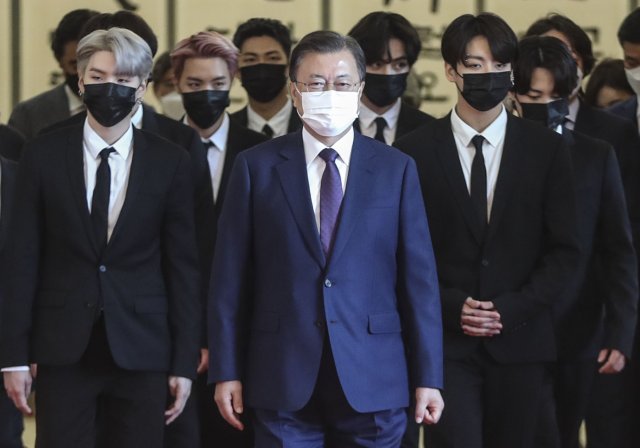 This is not BTS’s first time speaking at the UN General Assembly. In 2018, BTS gave an address at the launch ceremony of UNICEF’s Generation Unlimited at the 73rd UN General Assembly, and they were invited to speak at the high level meeting of the Group of Friends of Solidarity for Global Health Security last September.

Meanwhile, it was shared that the BTS members and agency staff have all been vaccinated for COVID-19. A source from Big Hit Music stated, “They were vaccinated for their activities as a special envoy and other plans abroad.” They added, “We are preparing new performances in a format and schedule that is feasible. Once the plans related to performances are confirmed, we will provide a separate announcement.”

Watch the appointment ceremony below!

BTS
Moon Jae In
How does this article make you feel?