KBS has released new stills ahead of the upcoming episode of “Police University”!

The newly released stills show Han Jung Shik visiting the university for a lecture. No Beom Tae (Lee Dal) and Jo Jun Wook (Yoo Young Jae) seem to be making the mood lighter with their friendly jokes. However, Kang Sun Ho’s expression is cold and rigid. He stares at Han Jung Shik with doubtful eyes, and there is sharp tension in his eyes. It was revealed that Kang Sun Ho and Han Jun Shik will engage in a war of nerves over an exchange of opinions on the topic of “justice.” 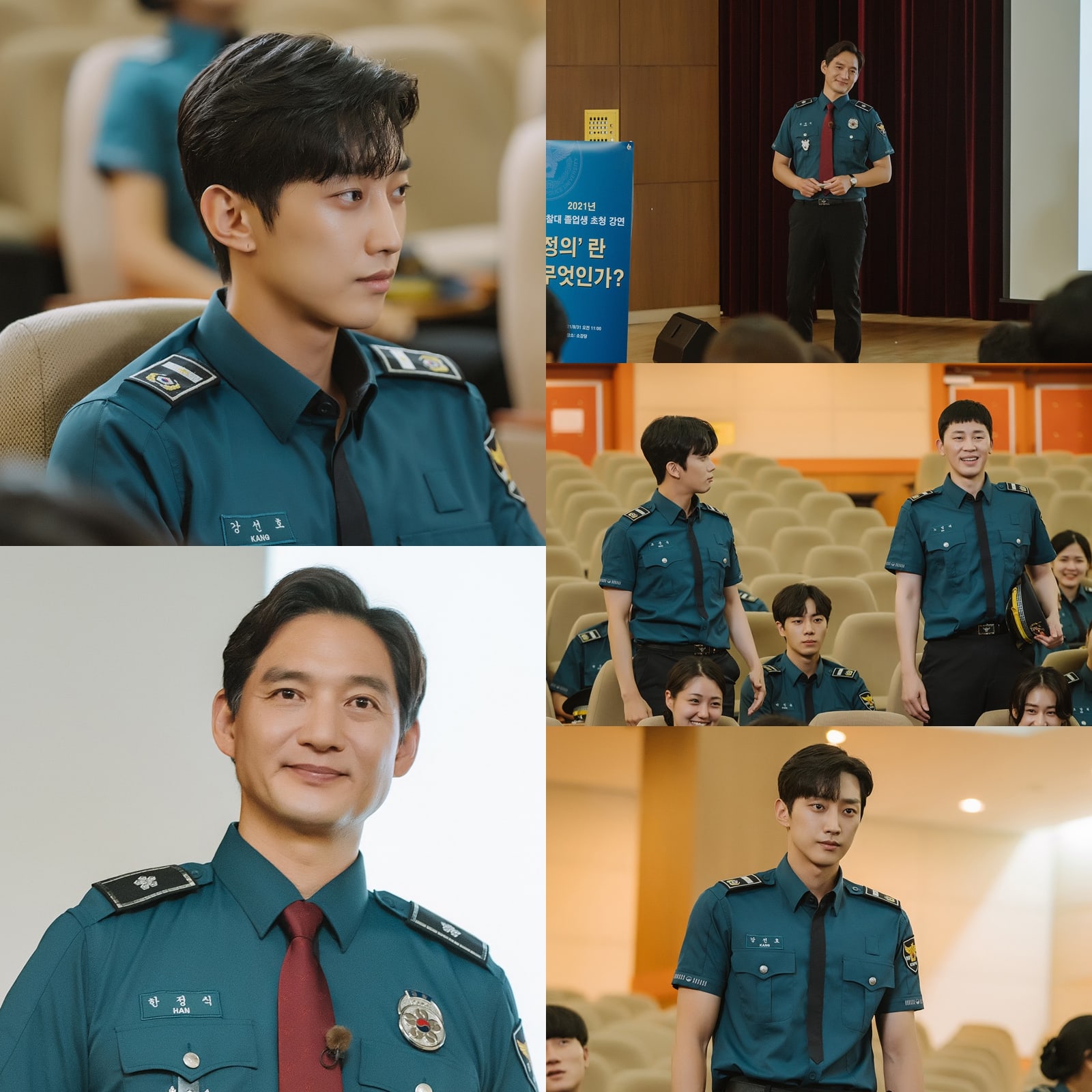