Lee Tae Vin Talks About Chemistry With His “The Penthouse” Parents, Why He’s Thankful To His Character, And More

In SBS’s “The Penthouse,” Lee Tae Vin played Lee Min Hyuk, the only son of Lee Gyu Jin (Bong Tae Gyu) and Go Sang Ah (Yoon Joo Hee). Although he started out as a high school student who only liked to hang out with his friends, the series saw Lee Min Hyuk grow and mature.

Despite the dark and tense vibe of “The Penthouse,” Lee Min Hyuk and his family provided lots of laughs. In the last season, Lee Min Hyuk surprised everyone with his admission into Seoul National University amid the stiff competition. He surprised everyone again when he gave it up for a sudden military enlistment due to the doubts he felt from his parents’ wrongdoings, showing his maturity. 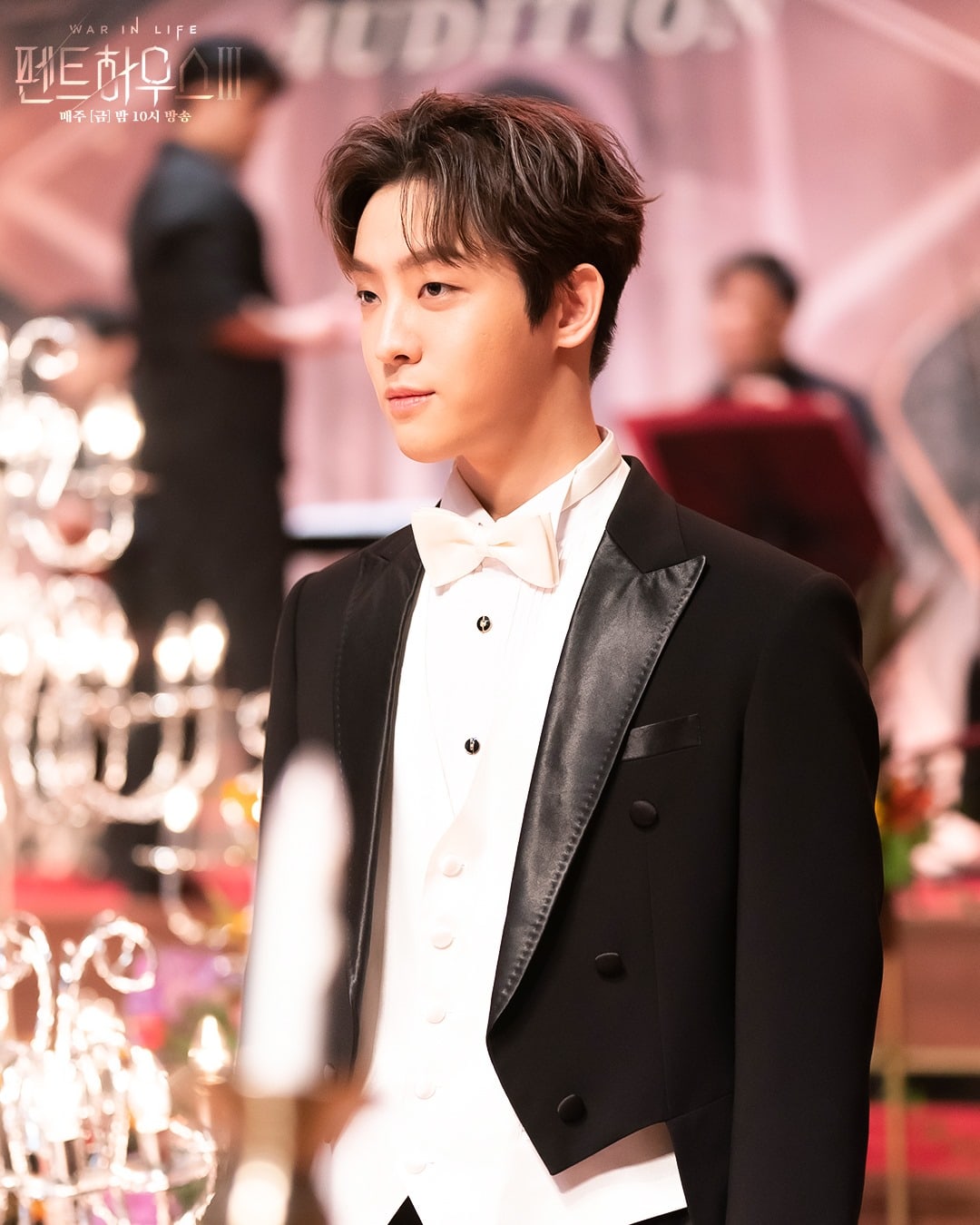 On wrapping up the series, Lee Tae Vin commented, “I feel sad because I became attached to many of my seniors and fellow actors after filming together for the long period of one year and six months. It really feels like graduating from school. I studied abroad when I was in high school, so I had a lot of yearning for school and my friends, but ‘The Penthouse’ fulfilled a lot of that. The set was like a school where I could grow as both an actor and as Lee Tae Vin, and I think I’ll remember it forever.”

He spoke about his chemistry with his on-screen parents Bong Tae Gyu and Yoon Joo Hee, sharing, “On set too, the three of us would film while laughing out loud. I became much closer to them compared to the start, so I was comfortably able to call them Mom and Dad while acting.”

Lee Tae Vin added, “They were so considerate of me with every filming, and they helped me a lot in terms of what I could do to appear even better. They took care of me in such a detailed manner that I really felt like I had become their son.” With a laugh he continued, “I miss my mom and dad.” 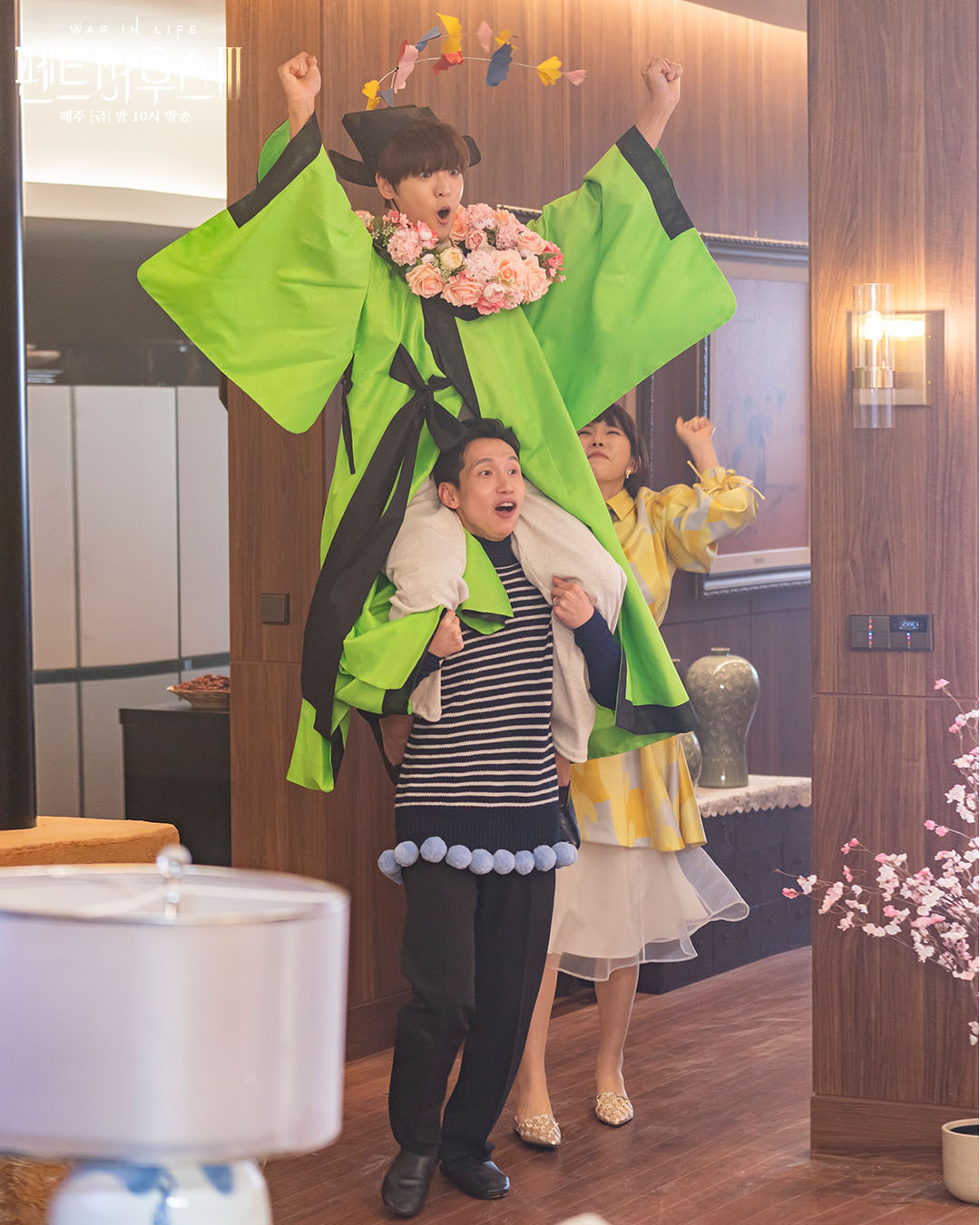 At the end of Season 1, Lee Tae Vin shared in an interview that he was in the process of getting close to his character Lee Min Hyuk. Now that Season 3 has come to a close, Lee Tae Vin gave an updated answer, sharing, “It feels like I’ve grown a lot since Season 1. Even after the drama is over, I believe Min Hyuk will remain for a long time.”

He continued, “Portraying Min Hyuk when he was careless and committed various wrongdoings to portraying his gradual maturation was all fun and a meaningful experience. I normally have a very serious and calm personality, but it feels like acting as Min Hyuk has created a new Min Hyuk inside of me. I’m thankful to Min Hyuk for helping me discover a bright and playful new side [of myself].” 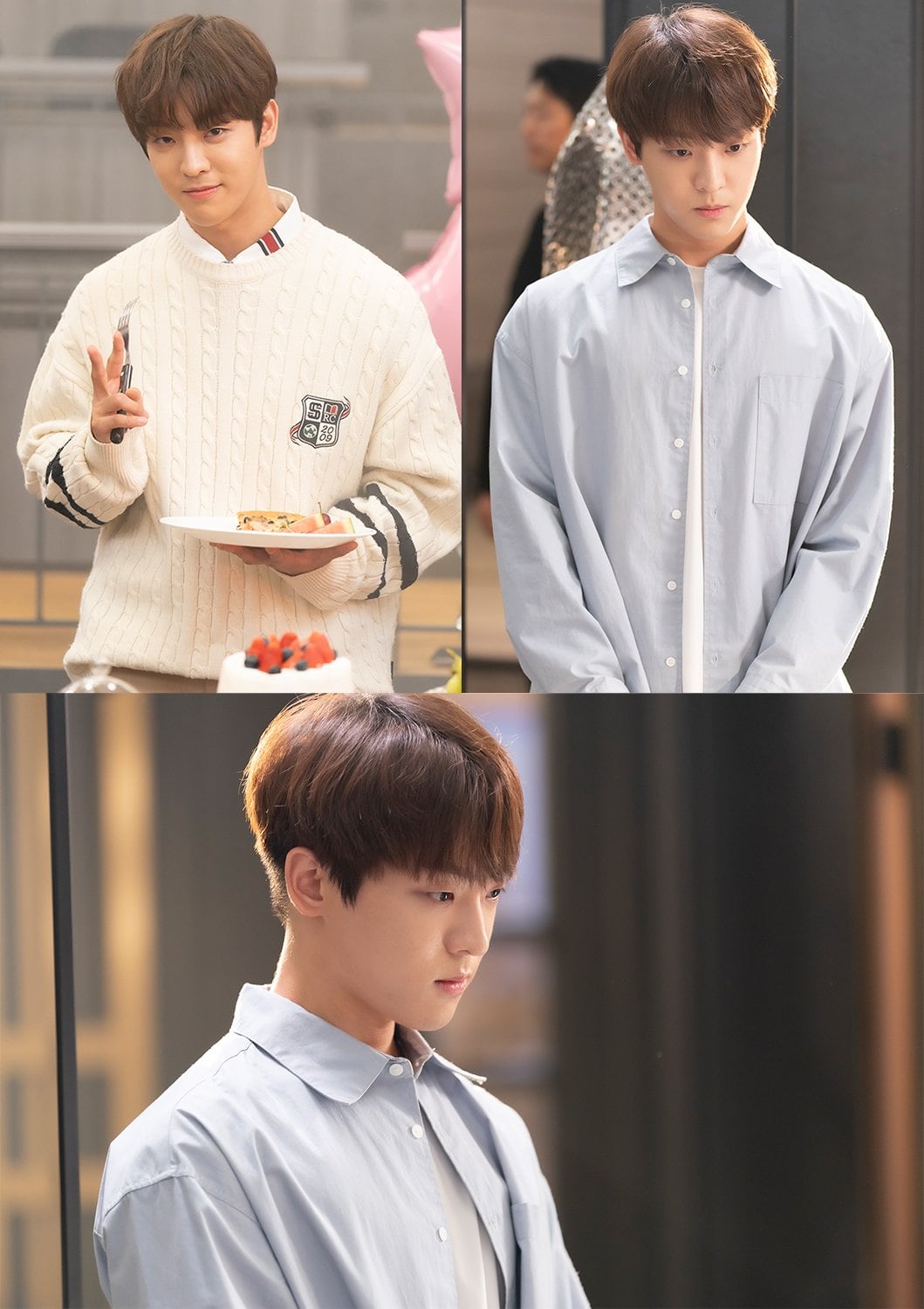 As a final message of gratitude to viewers, Lee Tae Vin shared, “Throughout this long year and a half, I’ve felt tired and exhausted, but thanks to the viewers’ love and support, I was able to film happily and enjoyably. Thanks to the overflowing love, I was able to gain a lot of strength all throughout filming.”

Laughing, he added, “I was so happy to be able to act as Min Hyuk, and thank you for both loving and hating Min Hyuk as he was.” Lee Tae Vin continued, “In the future, I want to show a lot of sides that I wasn’t able to show through Min Hyuk. I plan to greet you as various characters, so I ask that you look forward to it lots. Thank you so much for loving ‘The Penthouse’ and Min Hyuk up until now.”

Start watching “The Penthouse” from the beginning here!