“We Won’t Hurt You” is described as a chaotic healing reality show in which the national “villains” can find their true selves again. “The Penthouse” stars Uhm Ki Joon, Bong Tae Gyu, and Yoon Jong Hoon, who left a strong impression on viewers with their intense and extreme roles in the drama, will spend some time in peace and quiet and show their honest and everyday selves.

The stars will invite people whom they wish to thank and prepare a comfortable holiday for them. Uhm Ki Joon, Bong Tae Gyu, and Yoon Jong Hoon will rent a house in a quiet area and transform it into a place of healing, cleaning every nook and cranny and preparing the necessities in order to welcome their guests.

In the main poster, the three actors transformed back into their villainous roles from “The Penthouse” series. First off, Uhm Ki Joon’s expression is filled with his character Joo Dan Tae’s wickedness, and there is mysterious red liquid on his cheek and gloves.

Then there’s Bong Tae Gyu, who vividly portrays his character Lee Gyu Jin’s eerie grin. Contrary to his somewhat terrifying expression, he is holding green onions and cabbages, making viewers wonder what’s going on. Last but not least, Yoon Jong Hoon depicts a smirk that resembles Ha Yoon Chul’s (before he became a good guy) while holding a ladle and fish sauce.

The three might seem like they’re up to no good, but they’re actually in the middle of making kimchi! The caption on the poster reads, “The national villains’ project to find their true selves.” 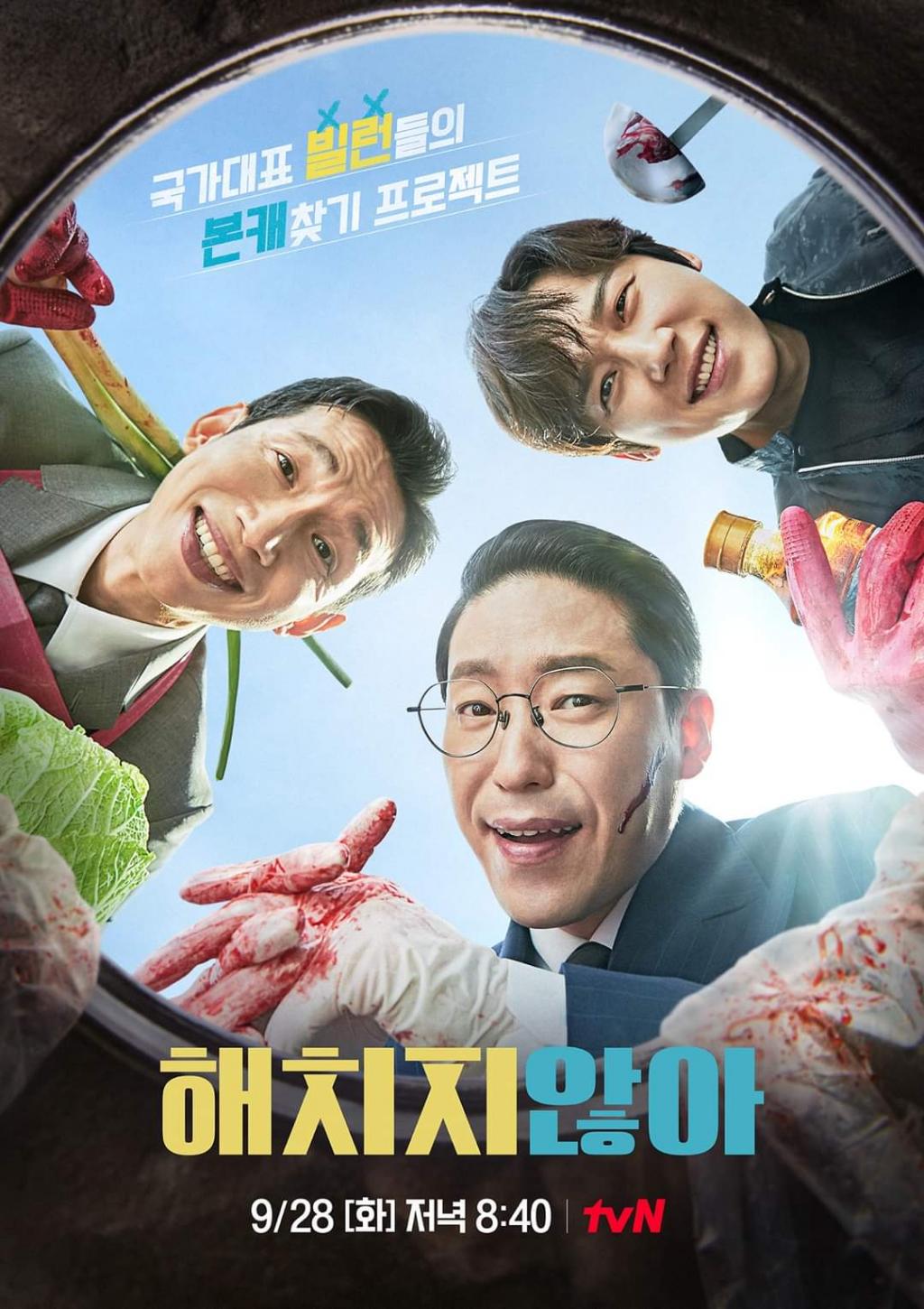 The new teaser features the three “villains” showing their clumsiness. The video starts with their voiceovers that quote their chilling lines from “The Penthouse” series. However, contrary to the images they portrayed on screen, the three are actually good friends who don’t hesitate to show off their witty humor.

During the meeting, Uhm Ki Joon casually applies lip balm on his lips and makes everyone laugh by joking, “I just set up a bomb at Hera Palace.” The three actors arrive at an empty house, and Uhm Ki Joon chortles as he comments, “I think it’s haunted!” Bong Tae Gyu adds, “It’s obvious that this is an abandoned home.” The clip also shares a glimpse of the guests including Lee Ji Ah, Kim So Yeon, and more.

“We Won’t Hurt You” will premiere on September 28 at 8:40 p.m. KST. Check out the highlight video below!

Start watching “The Penthouse 3” below!