Honey Lee, Lee Sang Yoon, And “One The Woman” Director Open Up About Tackling Comedy + Living Up To “The Penthouse”

The director and stars of SBS’s “One the Woman” have shared their thoughts on the upcoming drama!

“One the Woman” is a new comedy about a corrupt female prosecutor who gets amnesia and accidentally switches lives with a chaebol daughter-in-law who looks exactly like her. Honey Lee will star as both the chaebol daughter-in-law Kang Mi Na and the corrupt prosecutor Jo Yeon Joo, while Lee Sang Yoon will be playing Han Seung Wook, a third-generation chaebol heir who still has feelings for his first love.

On September 15, director Choi Young Hoon and the starring cast attended an online press conference ahead of the drama’s upcoming premiere.

Describing his hopes for “One the Woman,” director Choi Young Hoon remarked, “I hope it will be a drama that provides refreshment to all the viewers who are exhausted from their everyday lives.”

He went on, “It has everything from romance, comedy, mystery, to action, and the witty dialogue is a lot of fun.” 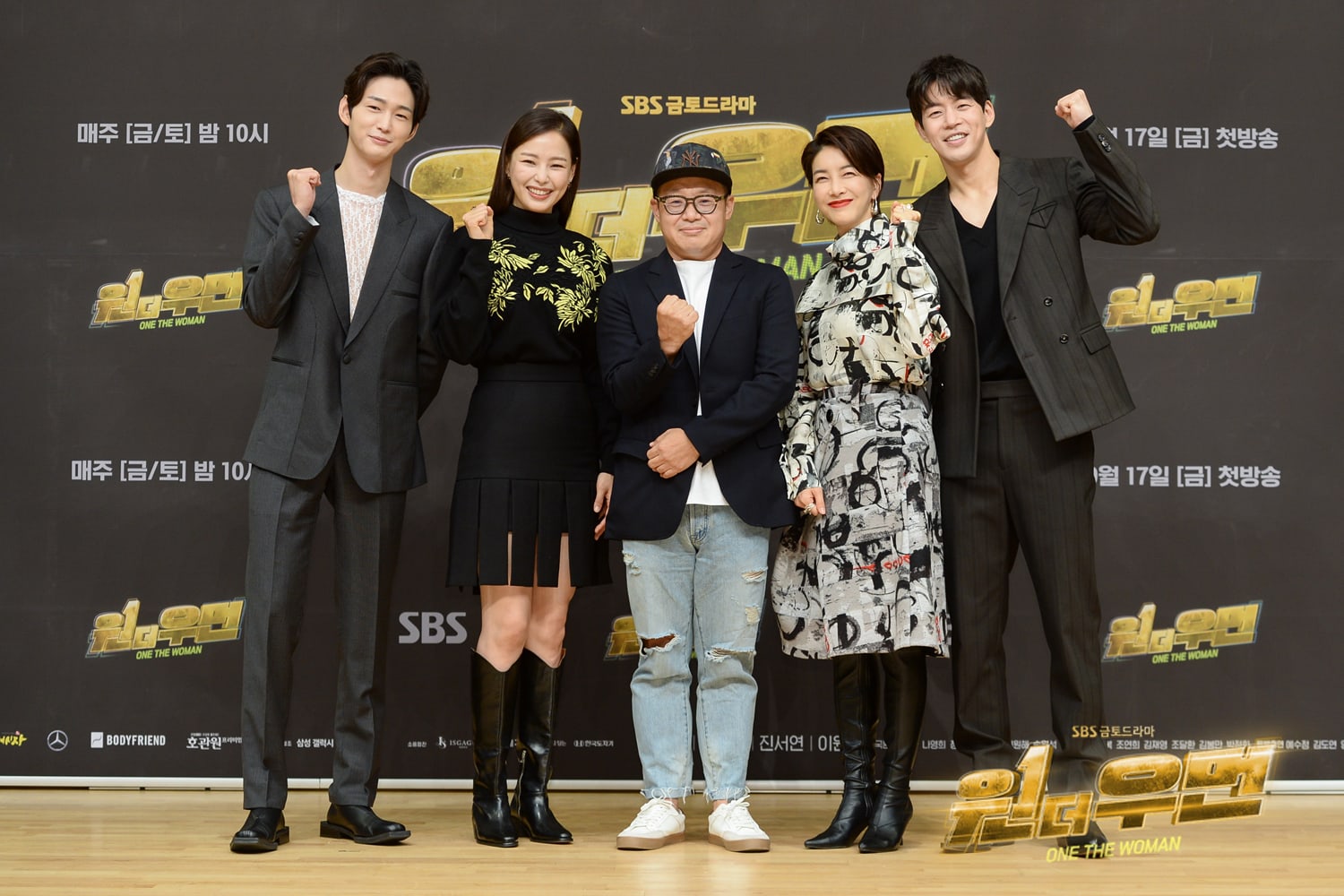 Recalling why she had decided to star in the drama, Honey Lee shared, “The script was really so much fun. It’s not often that you find a script that has you laughing from the start to the end as you read, but I really kept bursting into laughter as I read this script. It made me want to act right away.”

As for what she focused on while playing her dual roles, Honey Lee revealed, “I tried to be faithful to the gap between the two characters. For Kang Mi Na, I focused on her emptiness and her yearning for affection. Most of my screen time went to Jo Yeon Joo, and through Yeon Joo, I was able to say things that I had never been able to say [in real life], which was cathartic.” 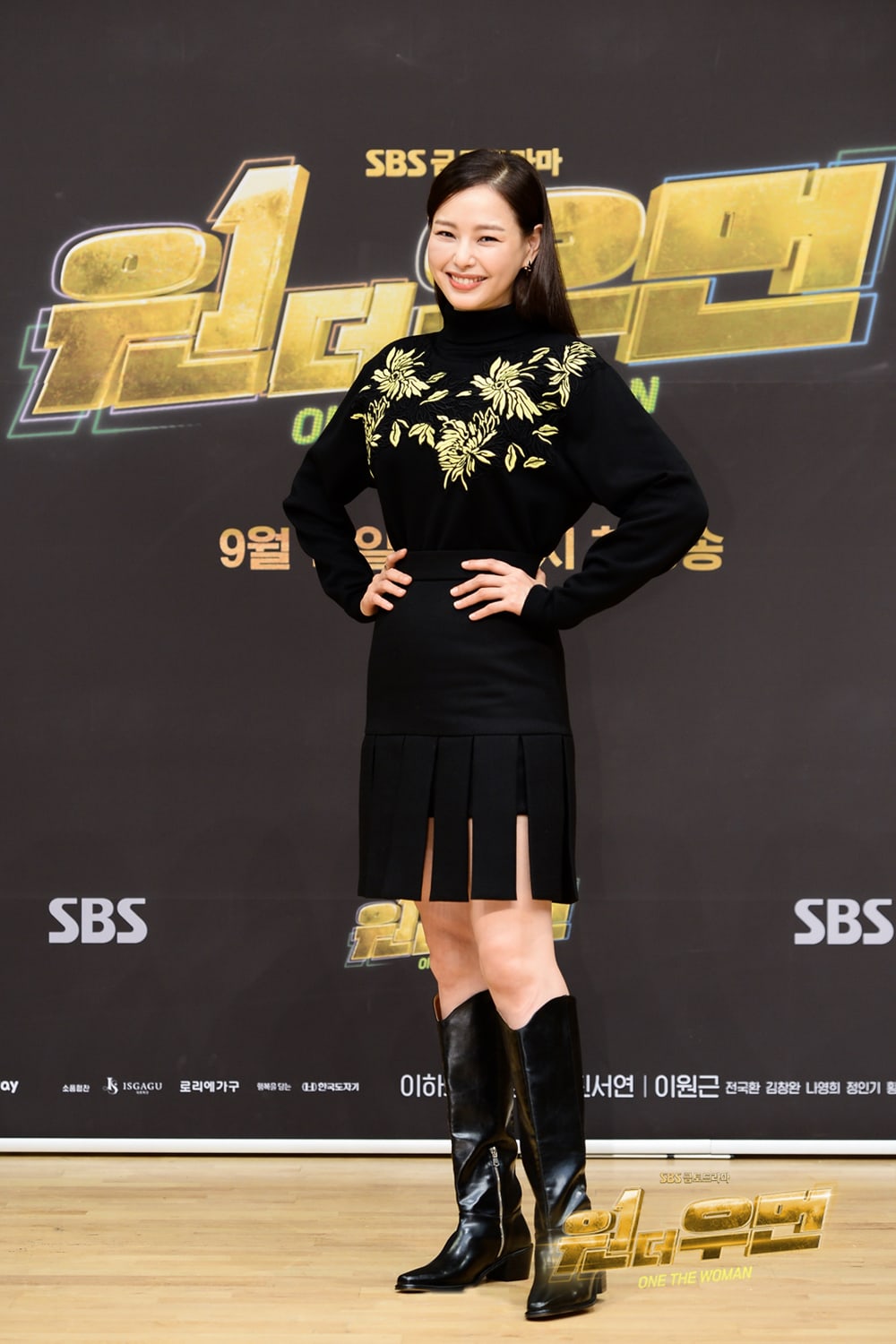 The director and stars also confessed to their concerns ahead of the premiere. Honey Lee playfully remarked, “Comedy is a difficult genre, even for actors. I’m very worried that it’fll only be funny for us.”

Meanwhile, Choi Young Hoon spoke about the overwhelming pressure that comes with taking over the time slot left open by the smash hit drama “The Penthouse.”

“I’m friends with ‘The Penthouse’ writer Kim Soon Ok,” said the director. “I feel an immense amount of pressure at having to follow such a huge hit. Although it’s a wall we can’t scale, I’m trying to figure out how to climb it.”

However, Honey Lee expressed confidence that the drama would be a fun watch for viewers, promising, “With this level of catharsis, it’ll be 200 percent refreshing and satisfying to watch.” 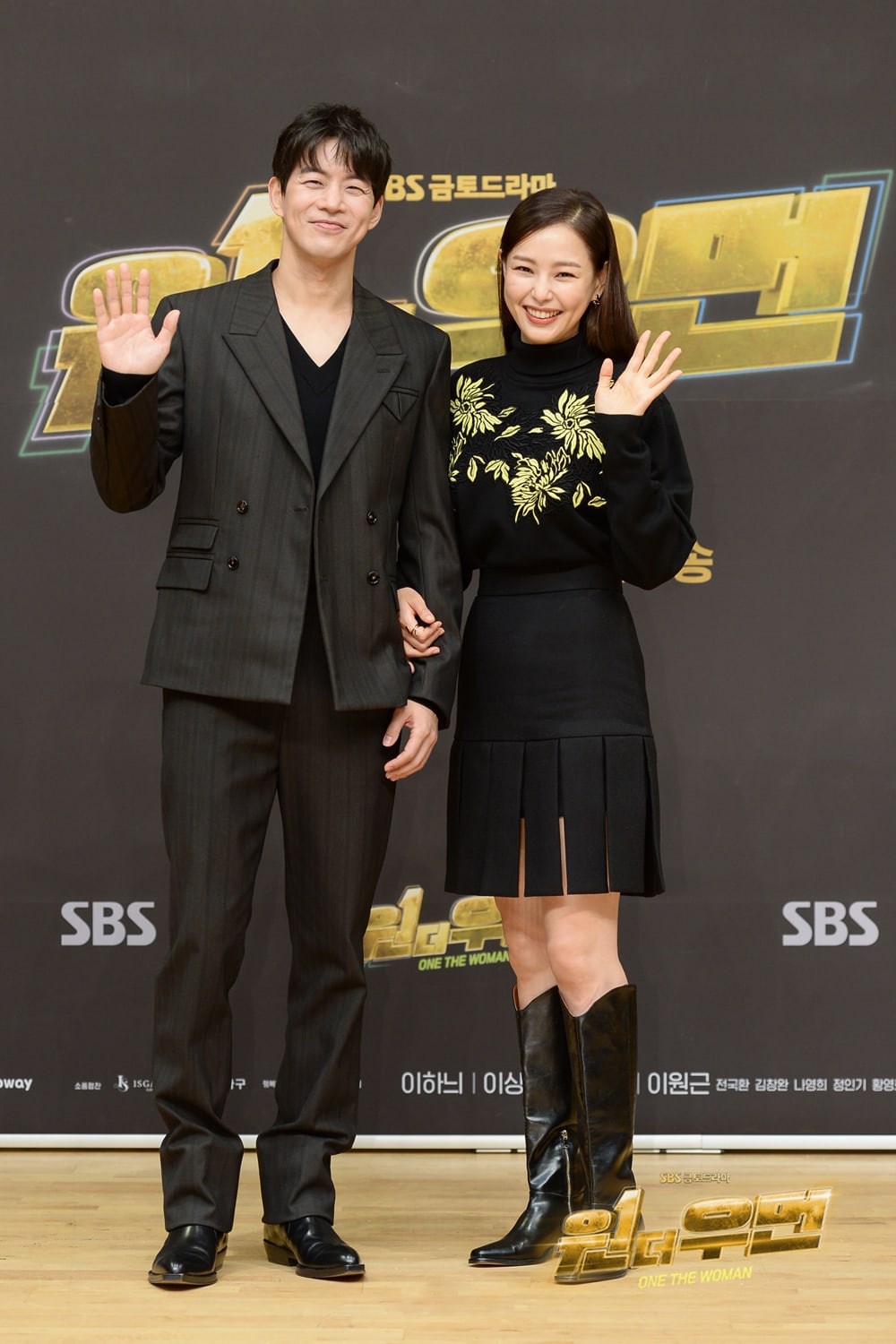 Meanwhile, Lee Sang Yoon commented, “If Honey Lee is in charge of the comedy in the drama, I plan to take charge of the mystery and romance.”

He added, “I really like the comedy genre, and I feel regretful that I don’t get to do it more often.” 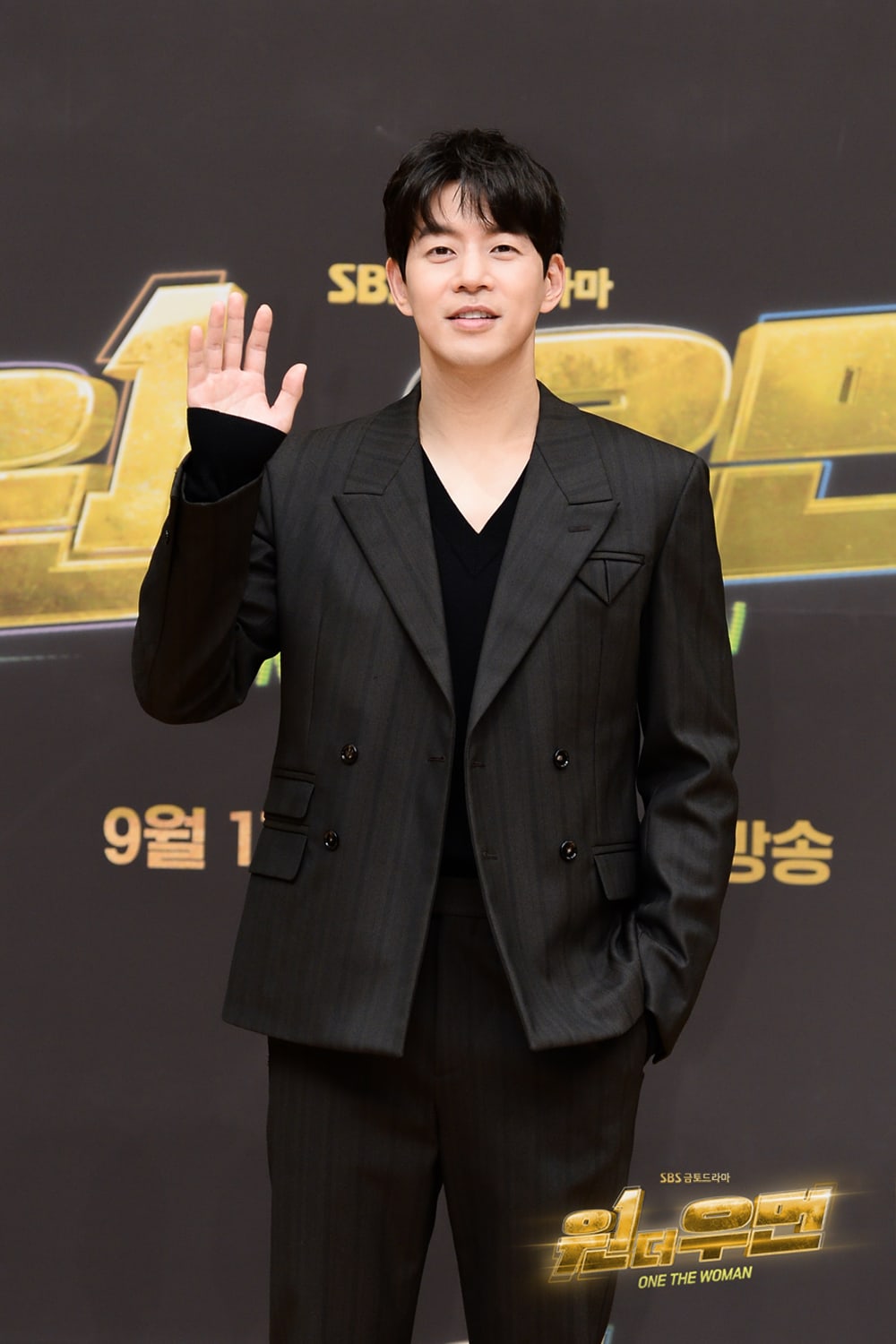 “She’s not a cliché, run-of-the-mill villain,” said the actress. “She’s elegant, and she’s a villain that doesn’t get angry. [While playing the character,] I focused on staying relaxed.” 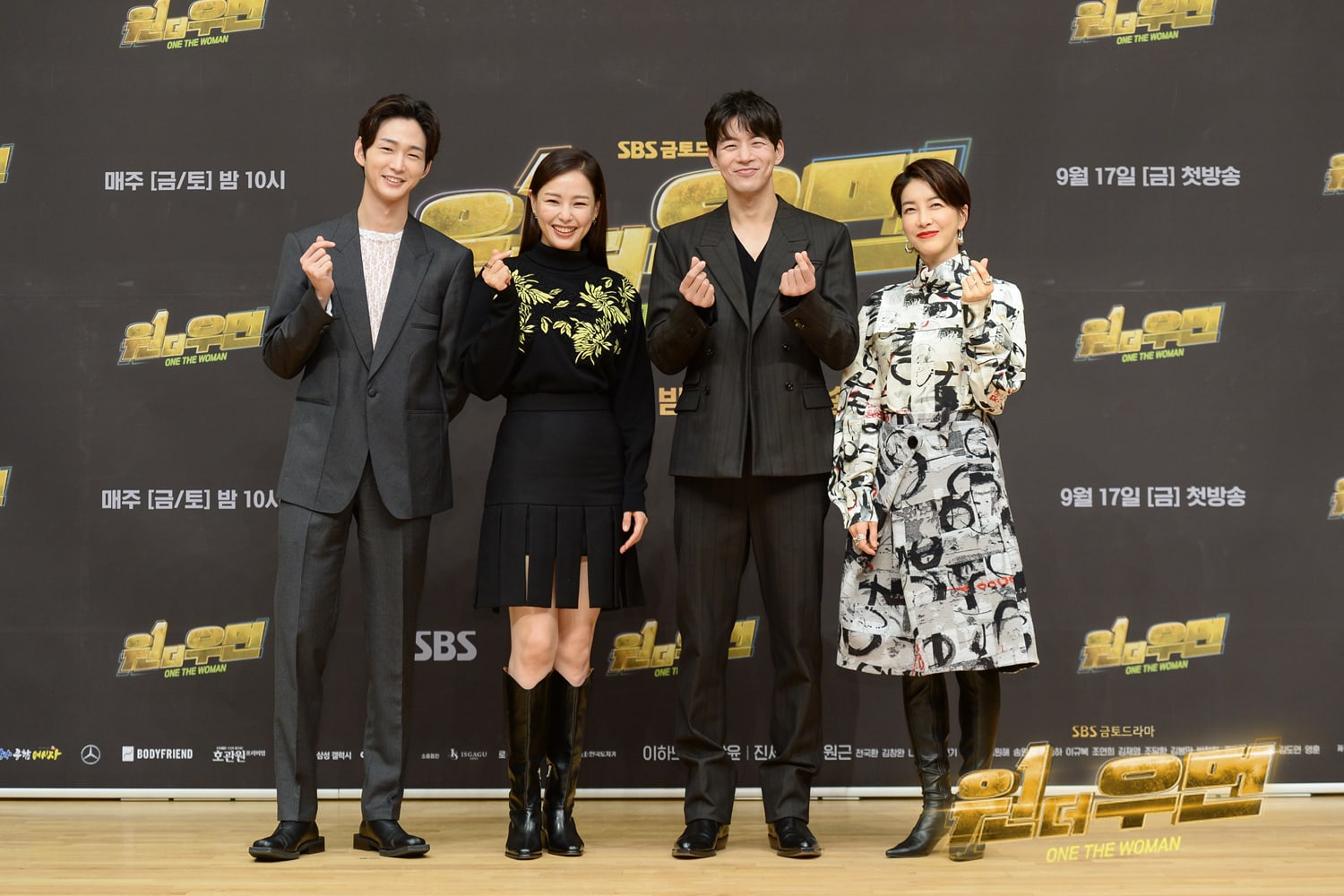 “One the Woman” premieres on September 17 at 10 p.m. KST and will be available with subtitles on Viki.

Honey Lee
Lee Sang Yoon
Jin Seo Yeon
The Penthouse
One the Woman
How does this article make you feel?