The Republic of Korea Army Band has revealed photos of their new recruit, SHINee’s Taemin! 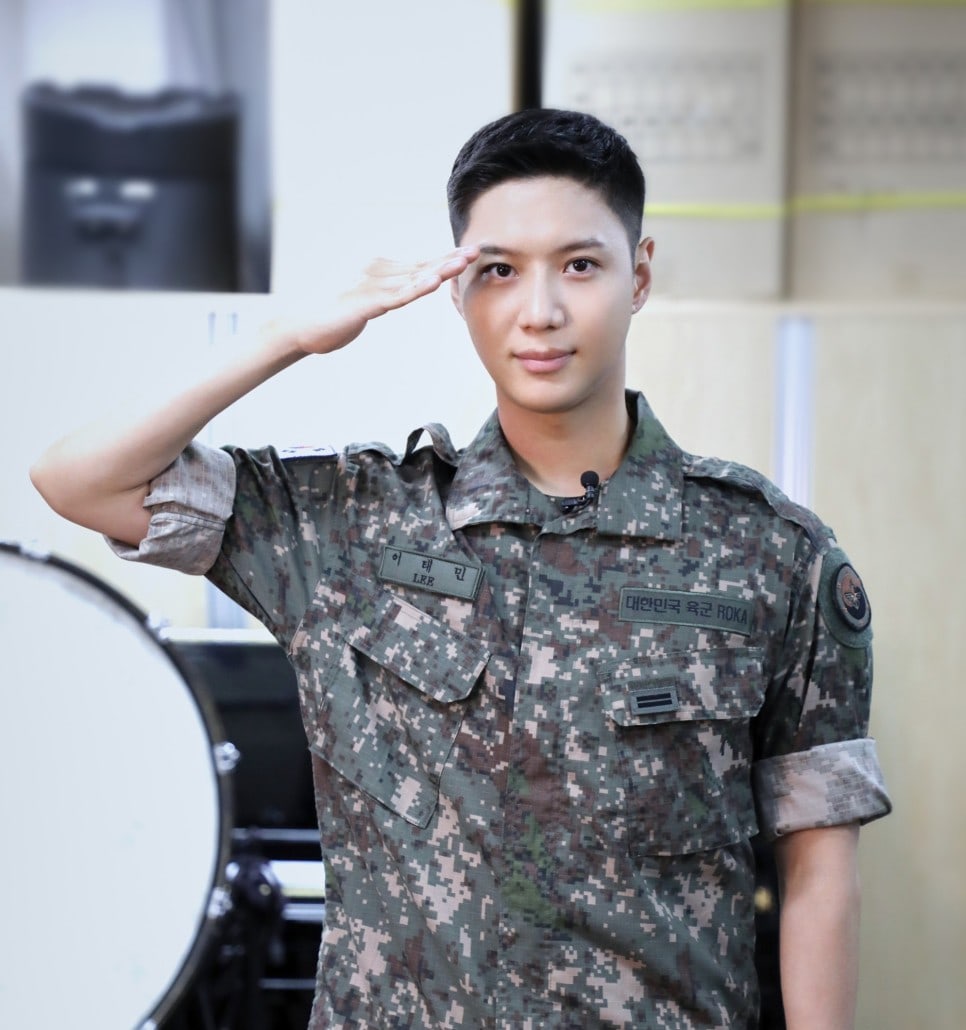 On September 16, the Military Manpower Administration (MMA) shared a post about Taemin on their official blog. Along with several photos of the singer, they provided a sneak peek into a video interview that will be released soon.

Ahead of the interview, Taemin was shown a copy of the military magazine that has Minho on the cover of it. Smiling, Taemin opened up the magazine and took a look at Minho’s interview inside. 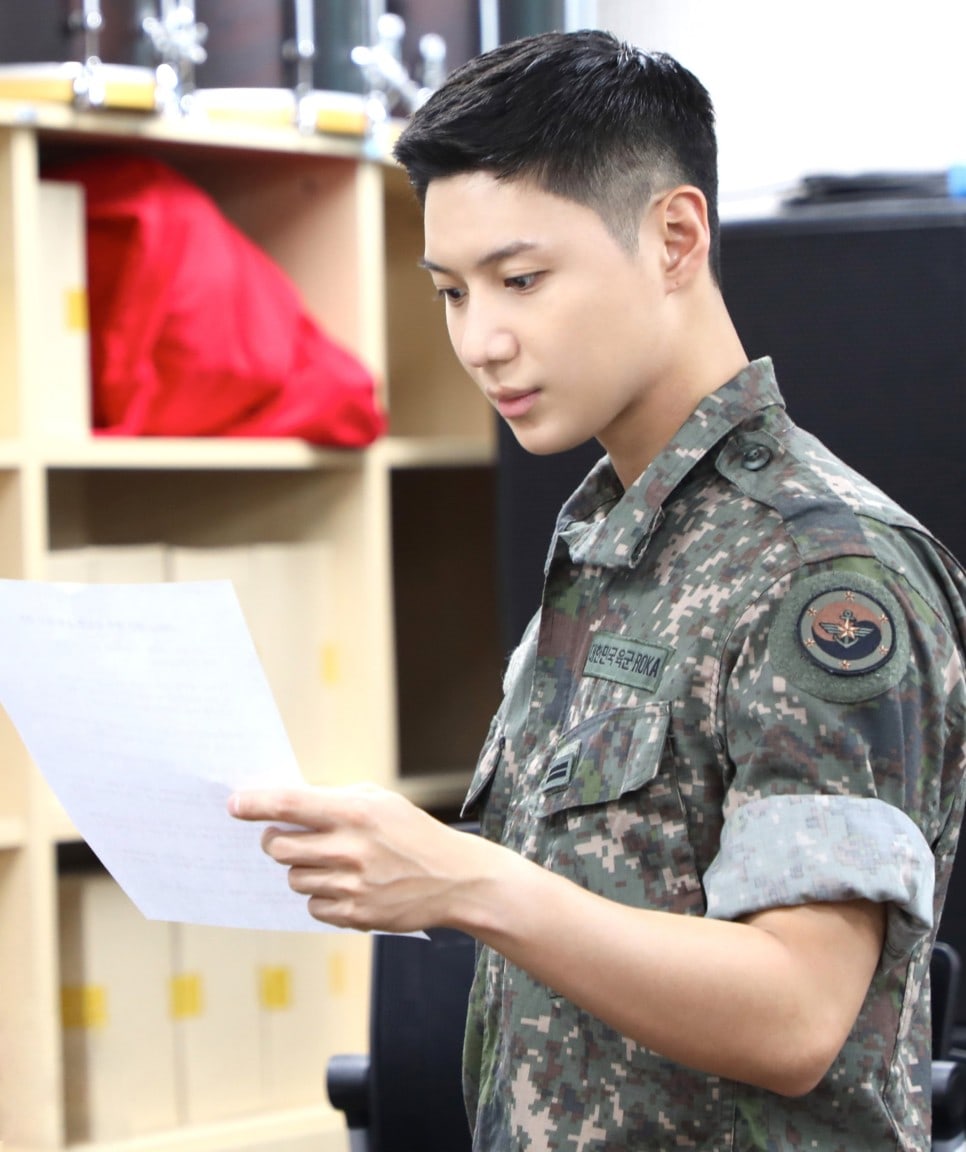 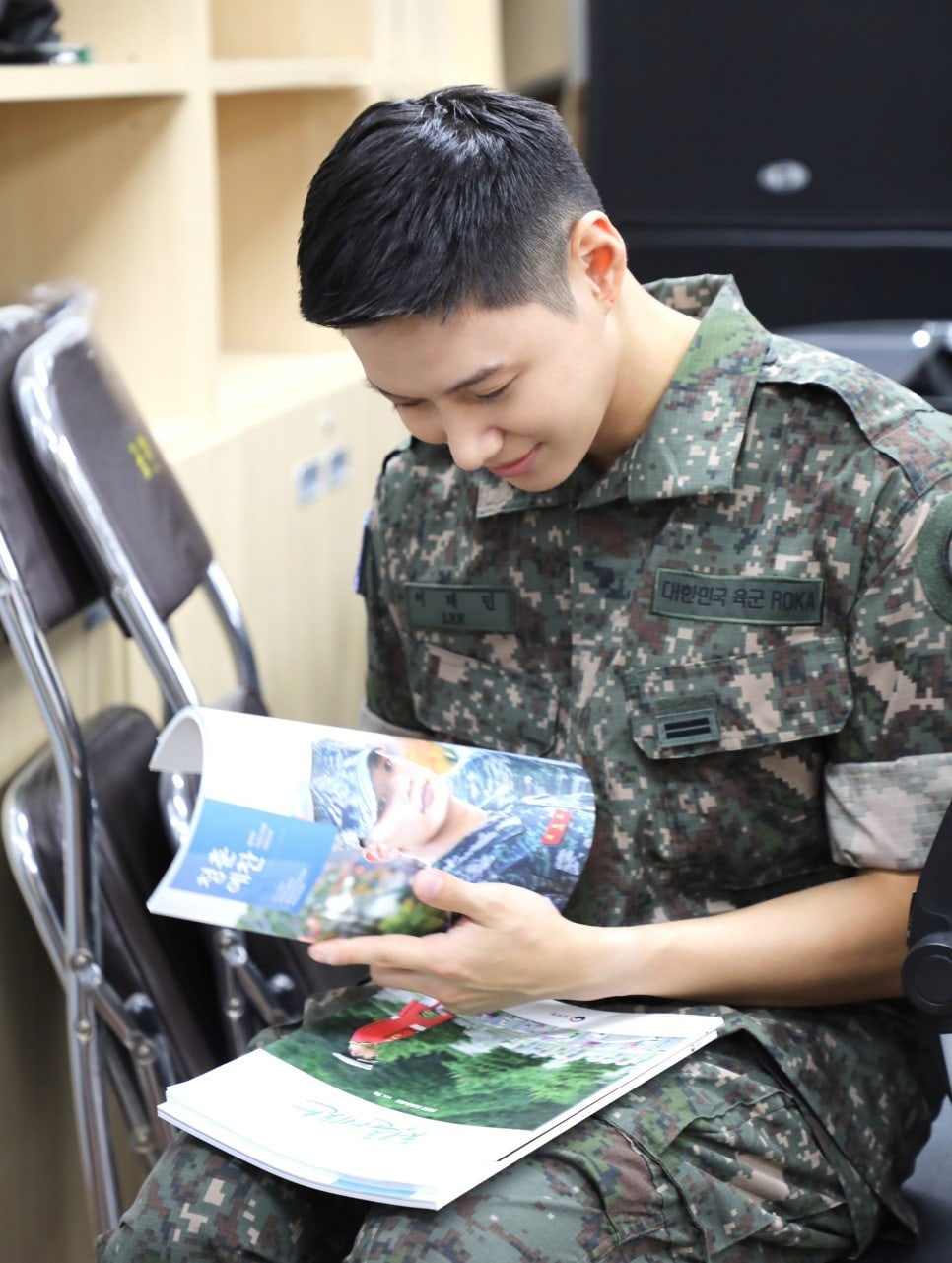 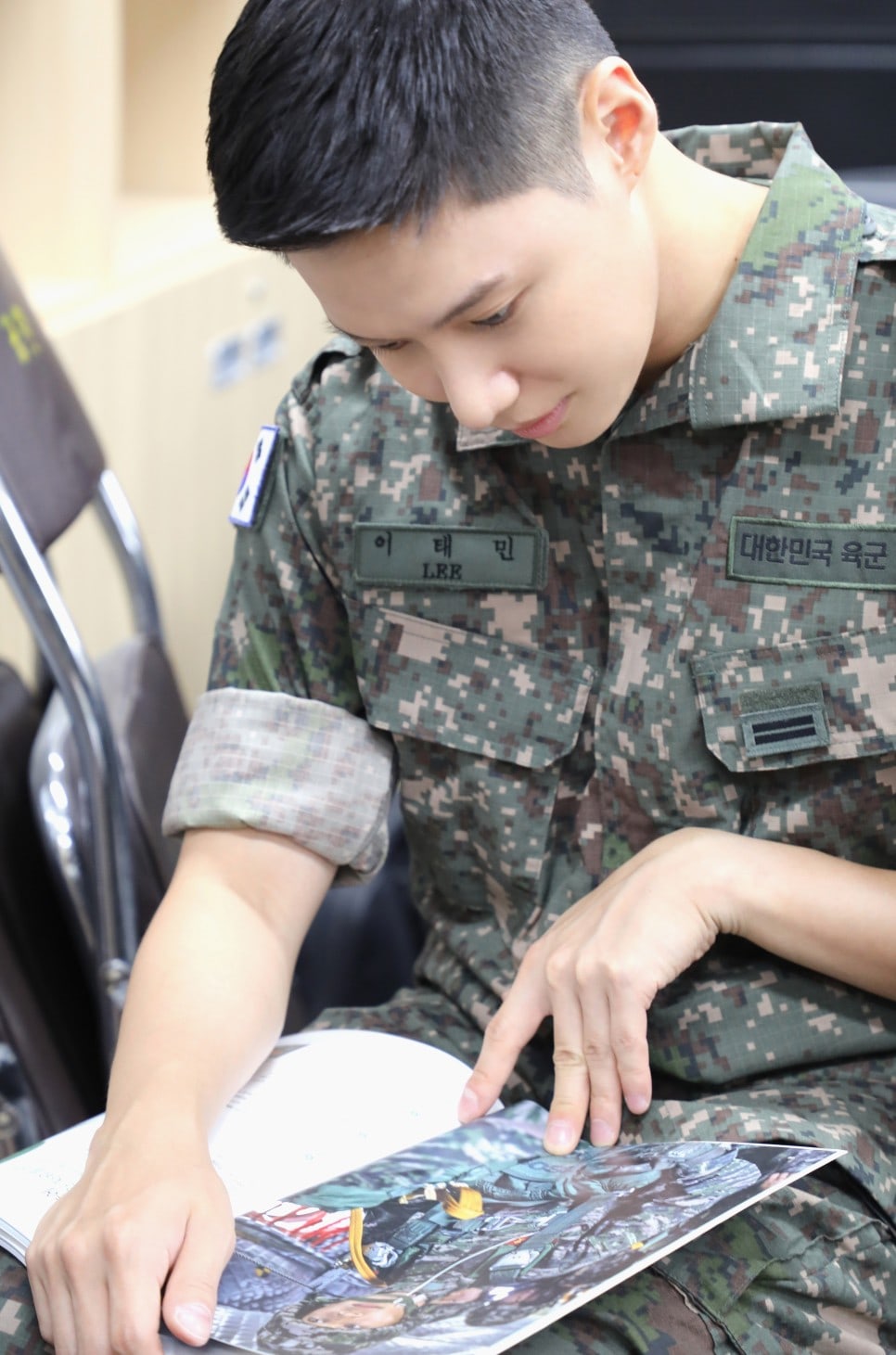 The MMA shared Taemin’s answers to a few of their questions as a sneak peek of the upcoming interview.

For the practical skill test when applying for the military band, Taemin sang Big Mama’s “Resignation.” Taemin has not yet participated in any events as part of the military band, but he expressed his hopes to take part in one soon. To get ready for such events, Taemin is spending time practicing the national anthem and “We Go Together,” a song honoring the spirit of the Republic of Korea-United States alliance.

He explained that the best part of being in the military band is being able to make use of his specialty and develop it further. When he’s given his first break, he would like to meet his family and pet, and his greatest source of energy currently is the food served at the cafeteria. 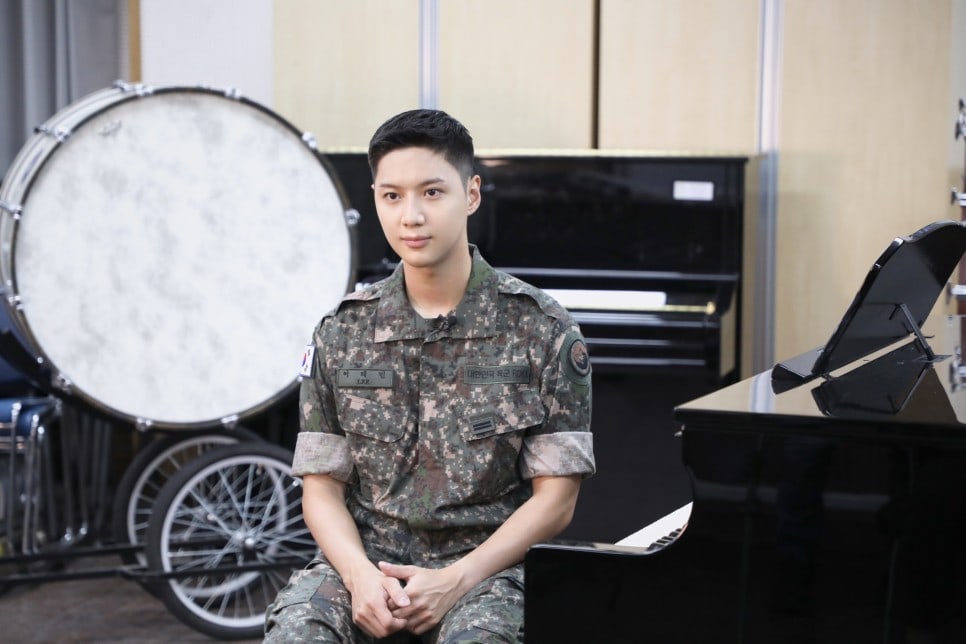 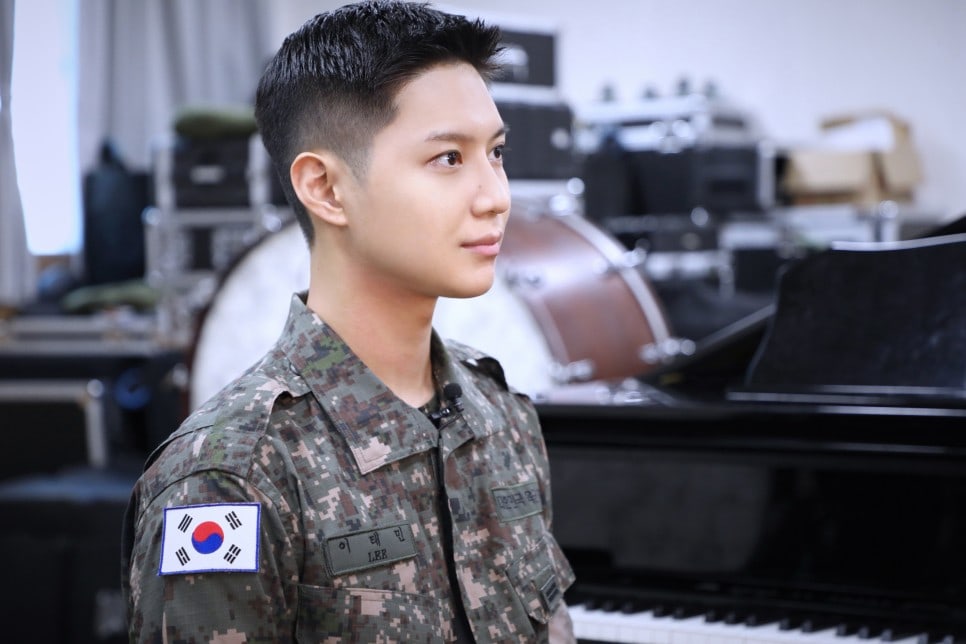 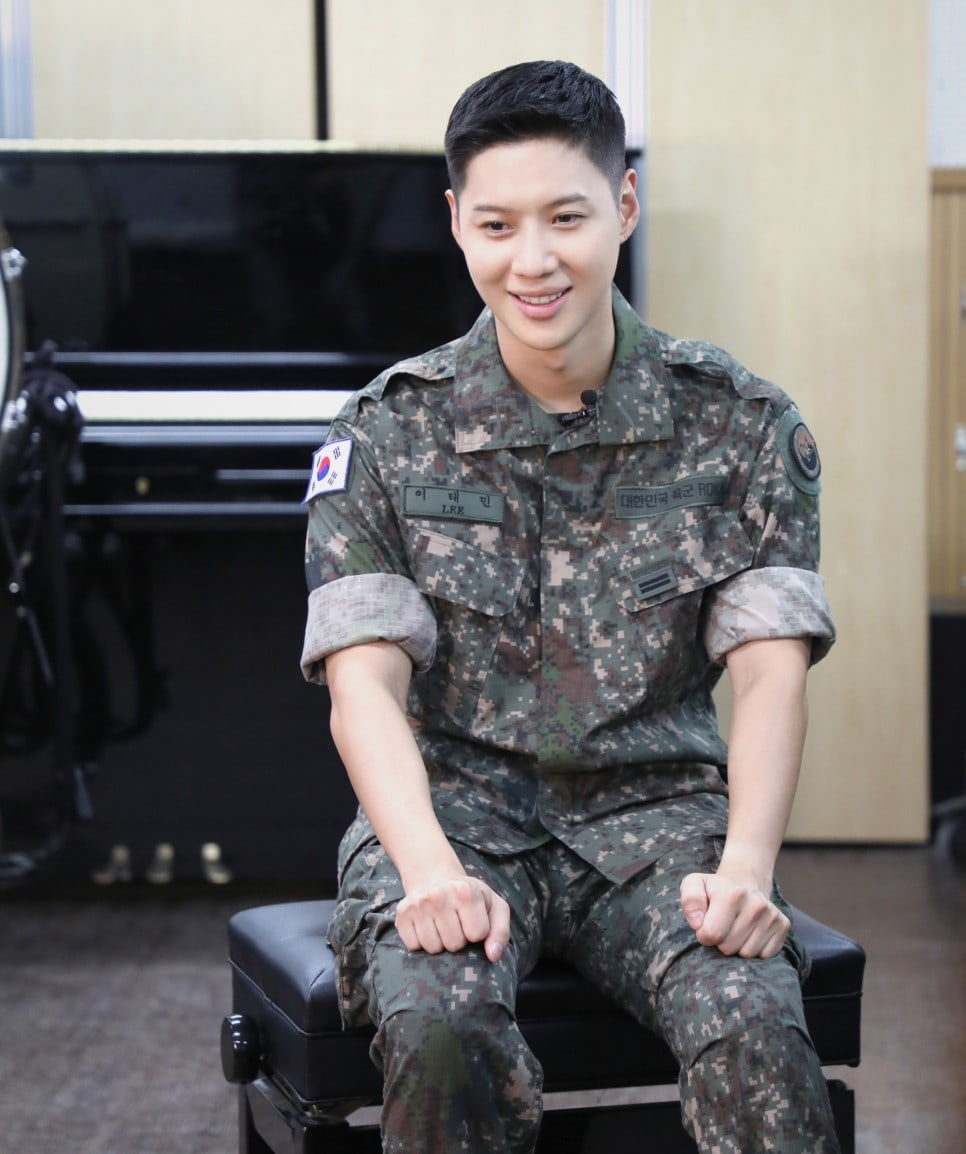 Taemin revealed that he has been practicing and learning to play the piano in the military band. 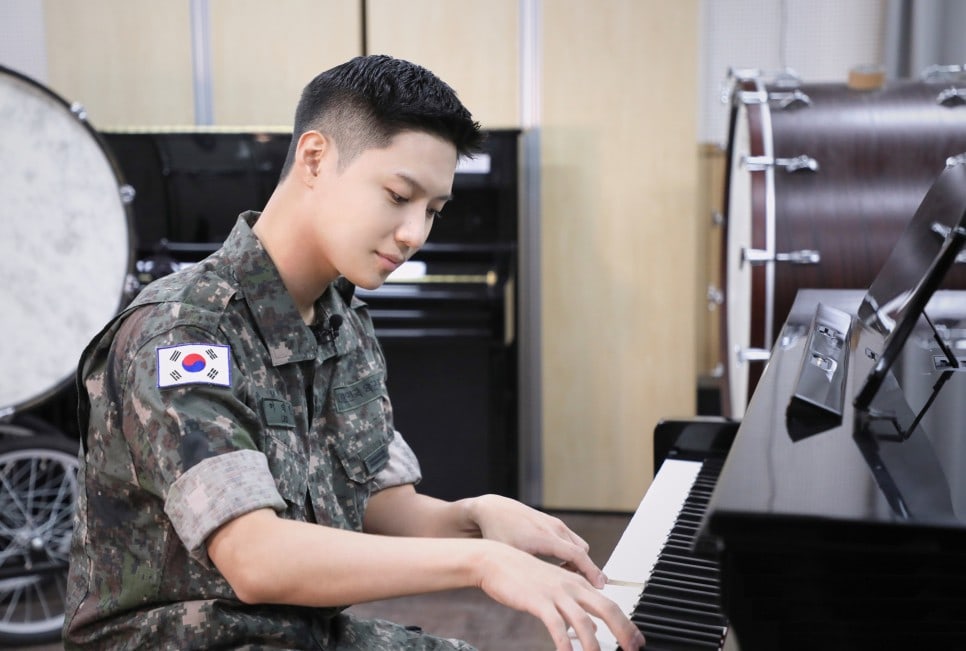 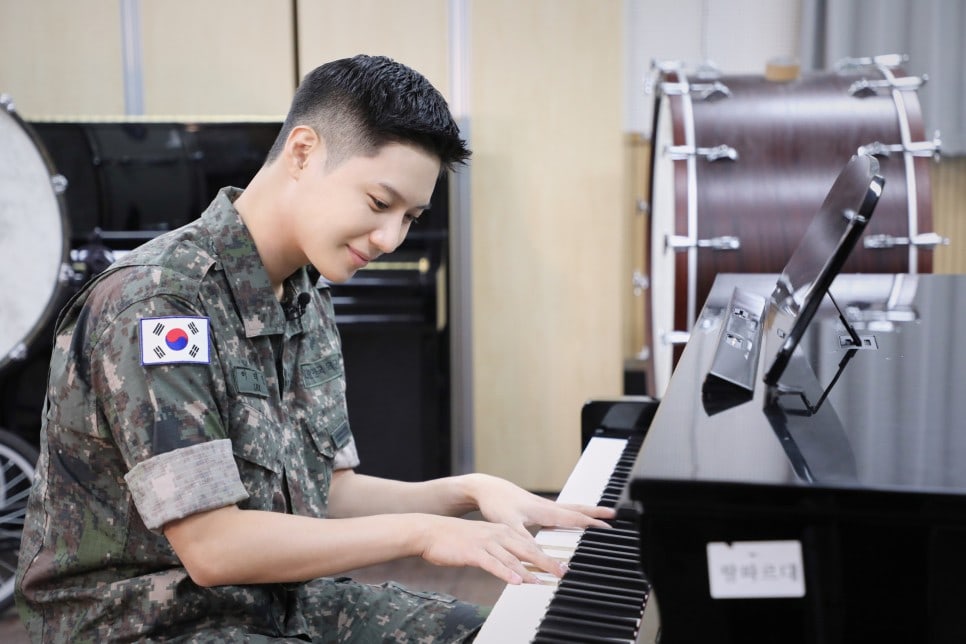 He also shared the following message: “To me, serving in the military is a time of being able to look back at myself and grow. I would like to tell my fans that I miss them a lot, and I am rooting for all those who will be enlisting soon. Fighting!”

Check out some more photos of Taemin below! 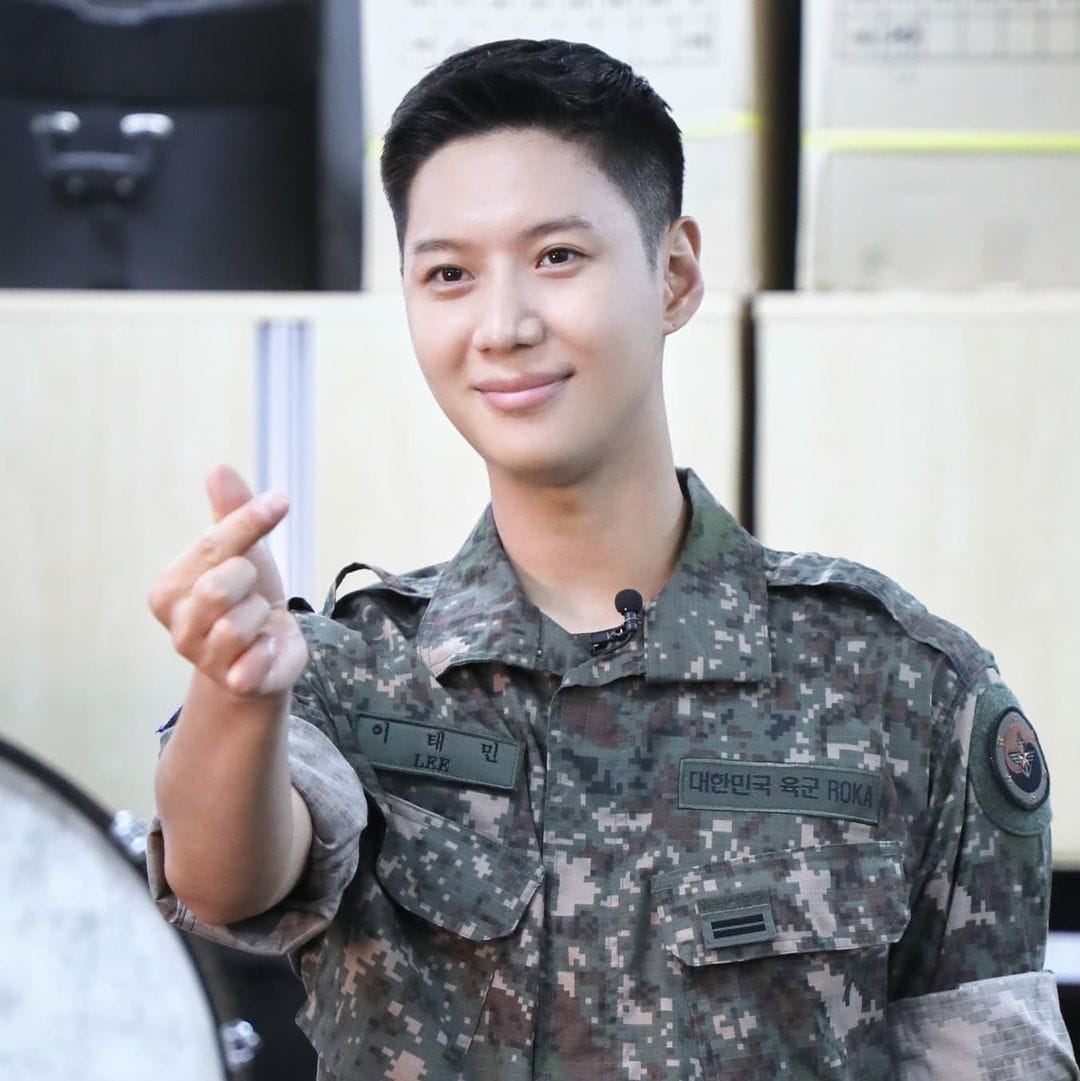 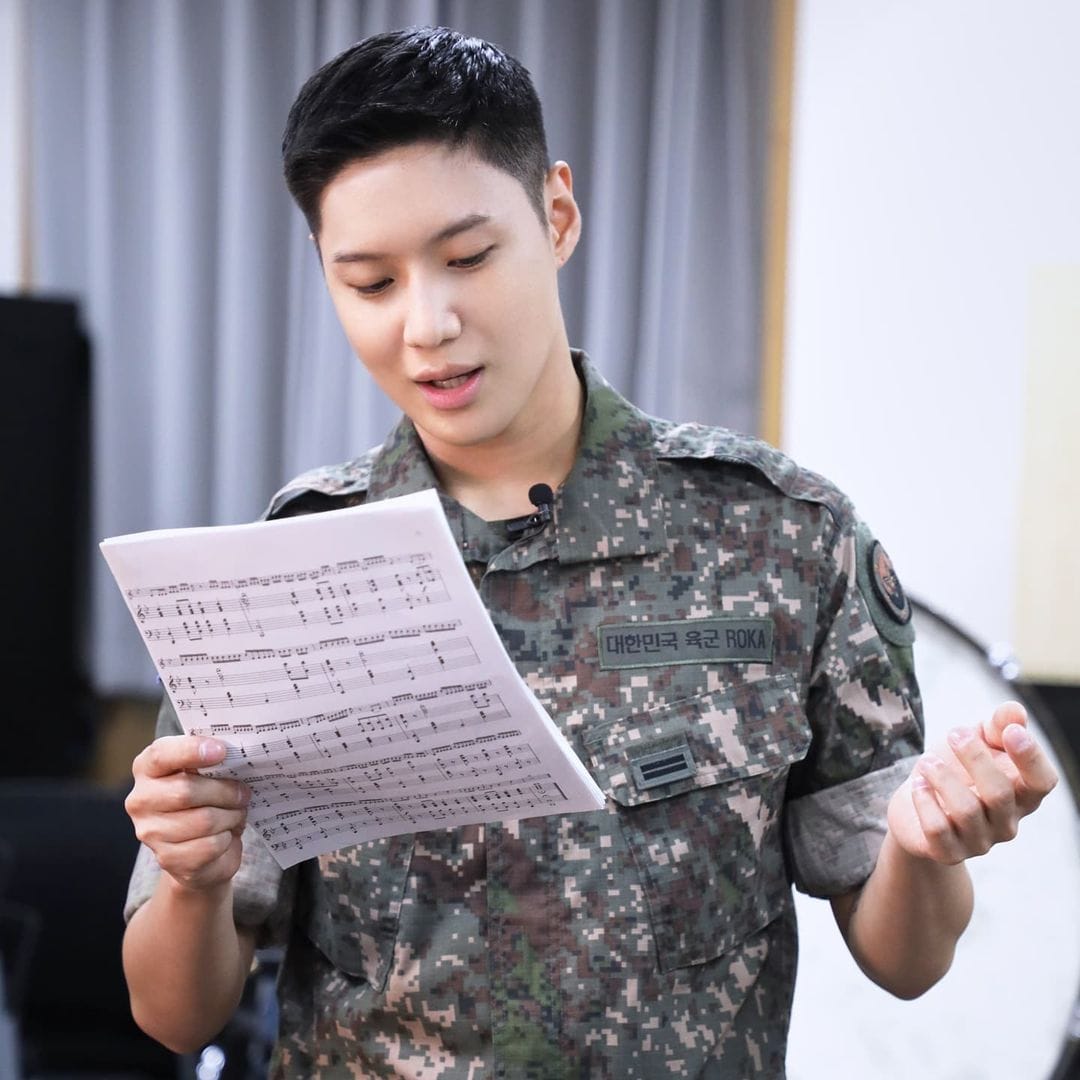 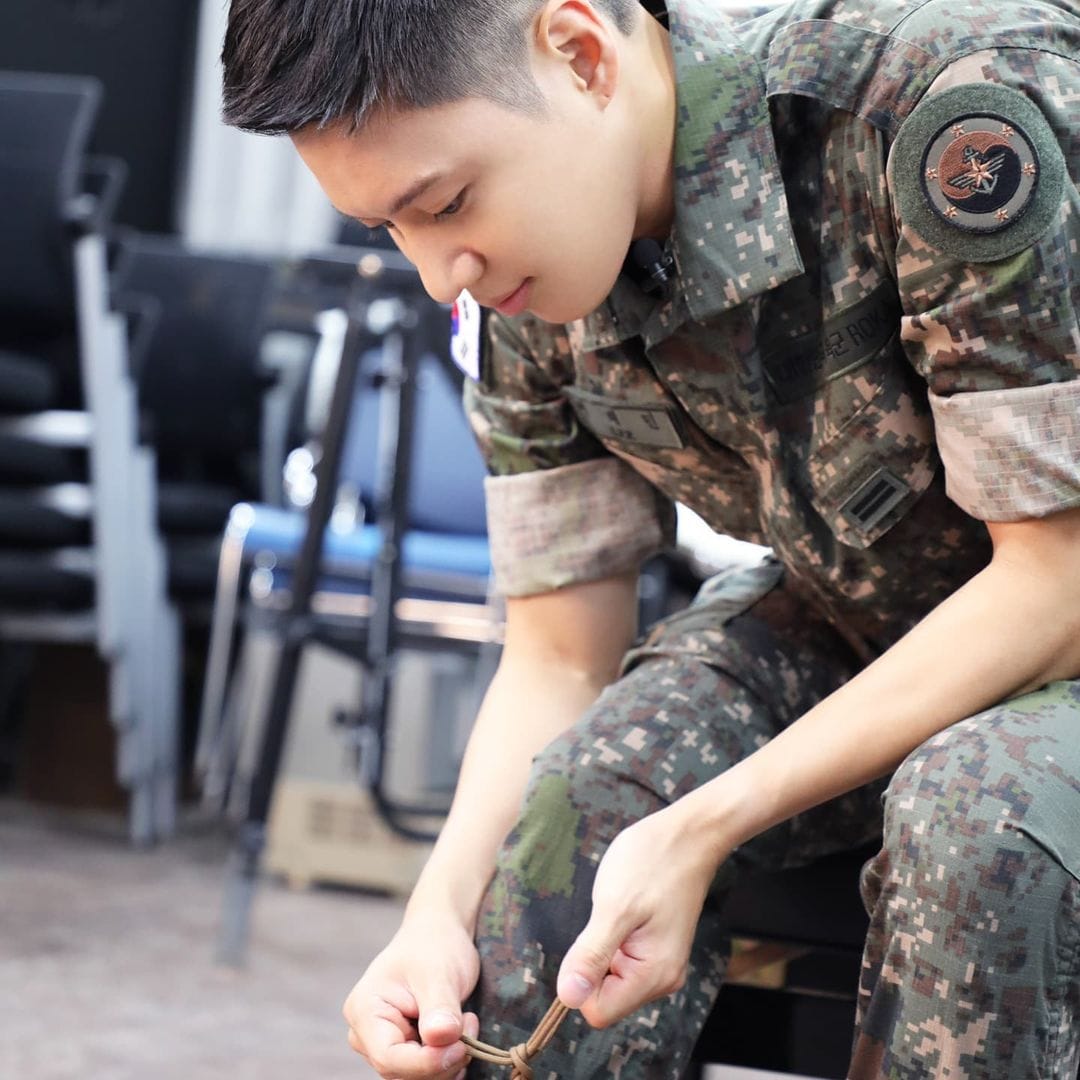 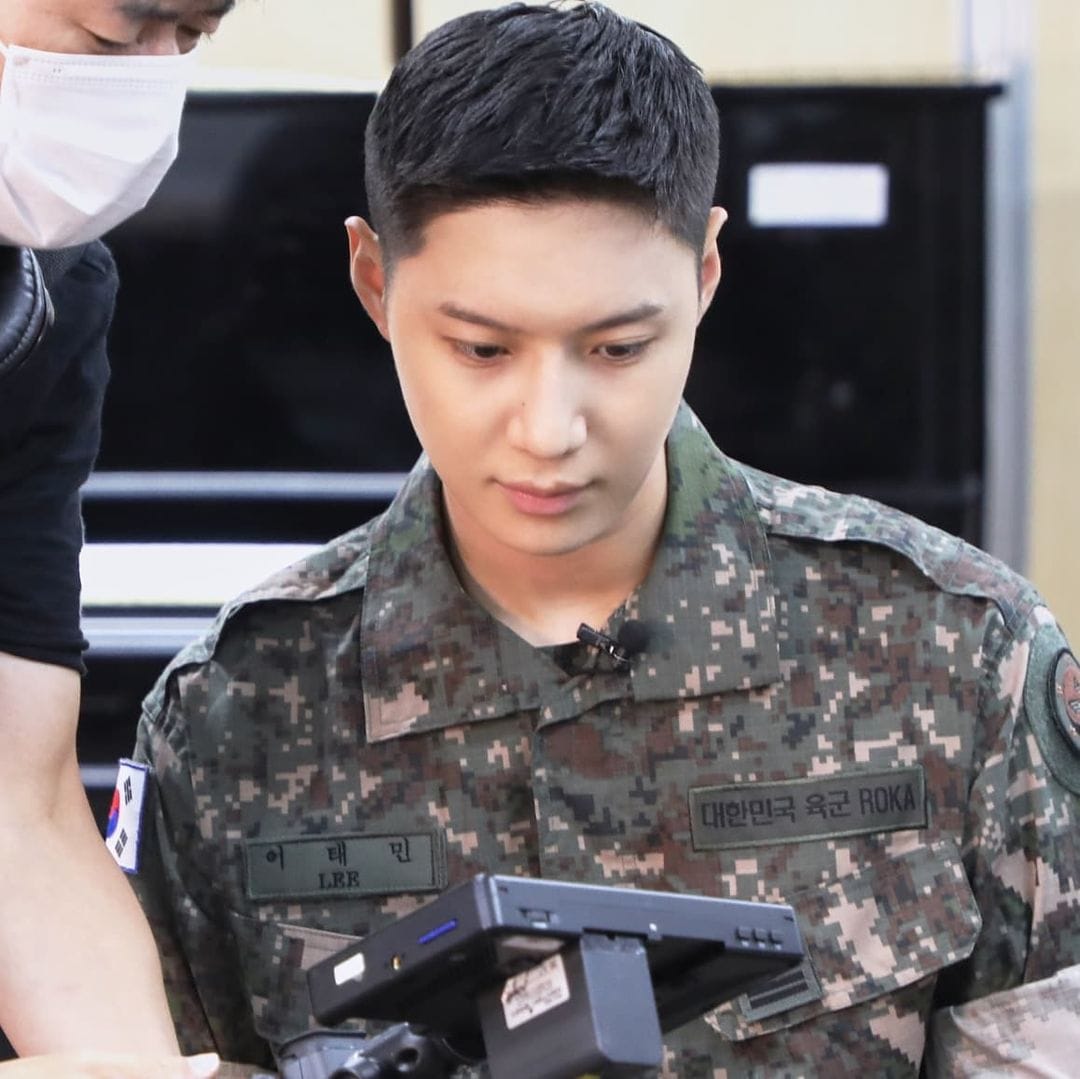 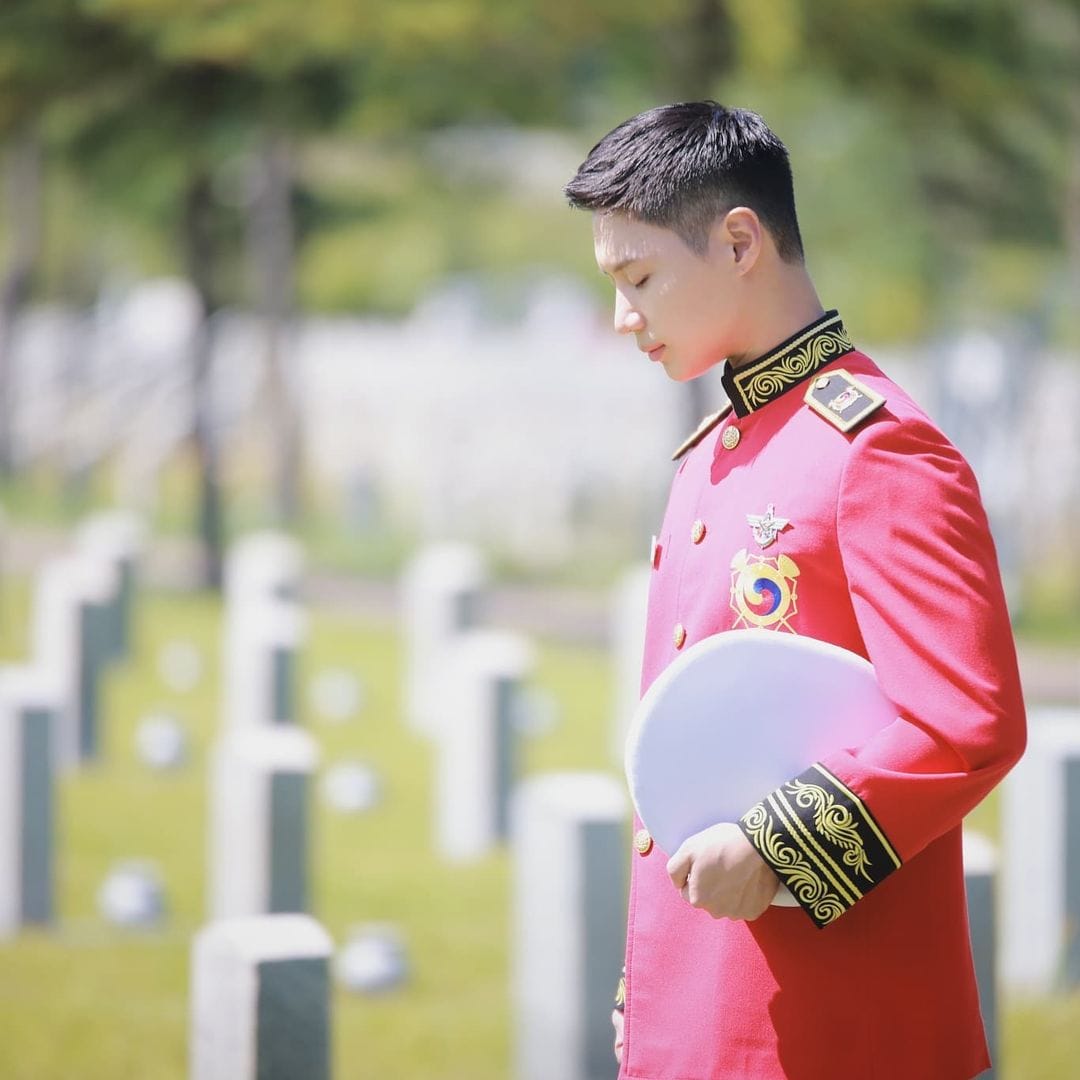 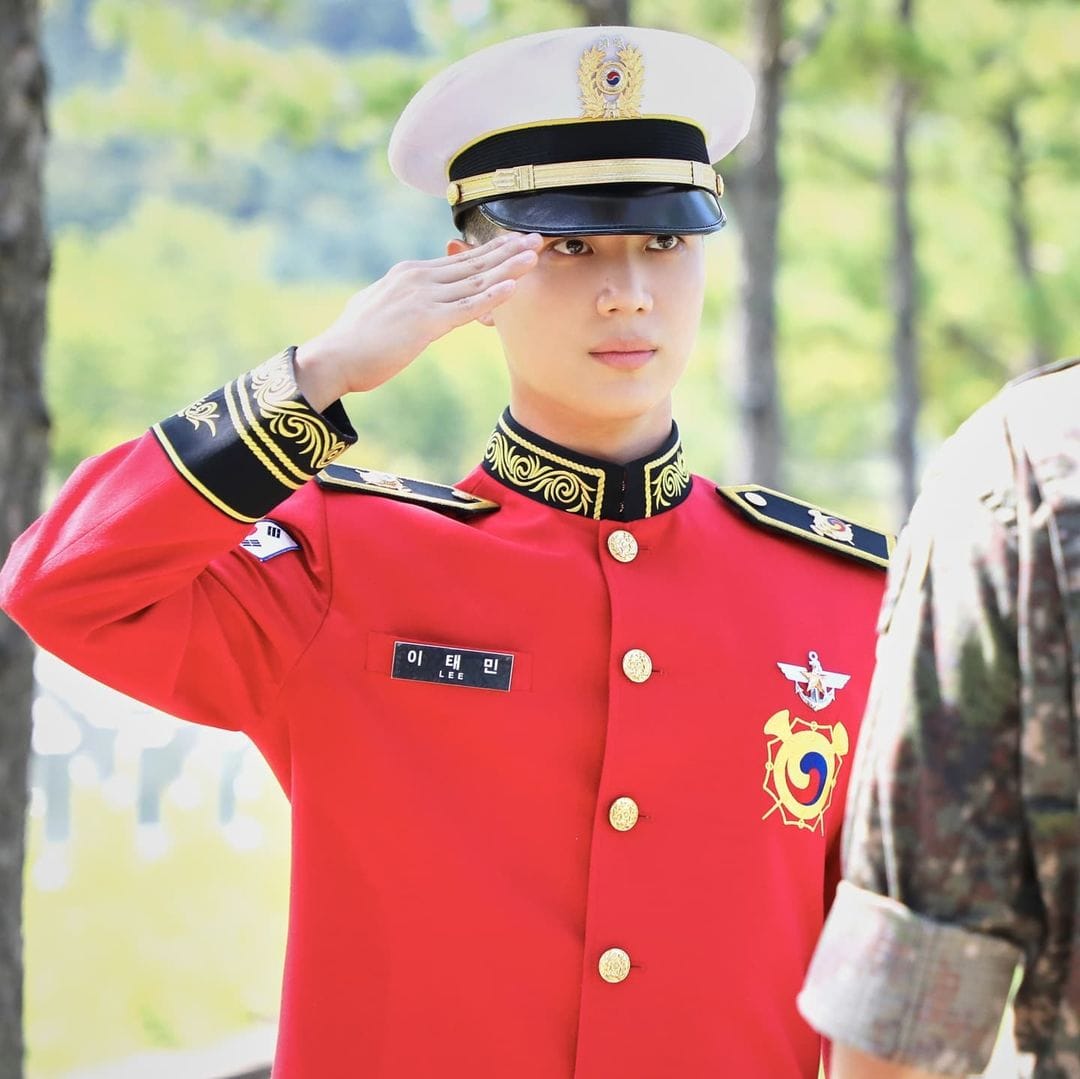 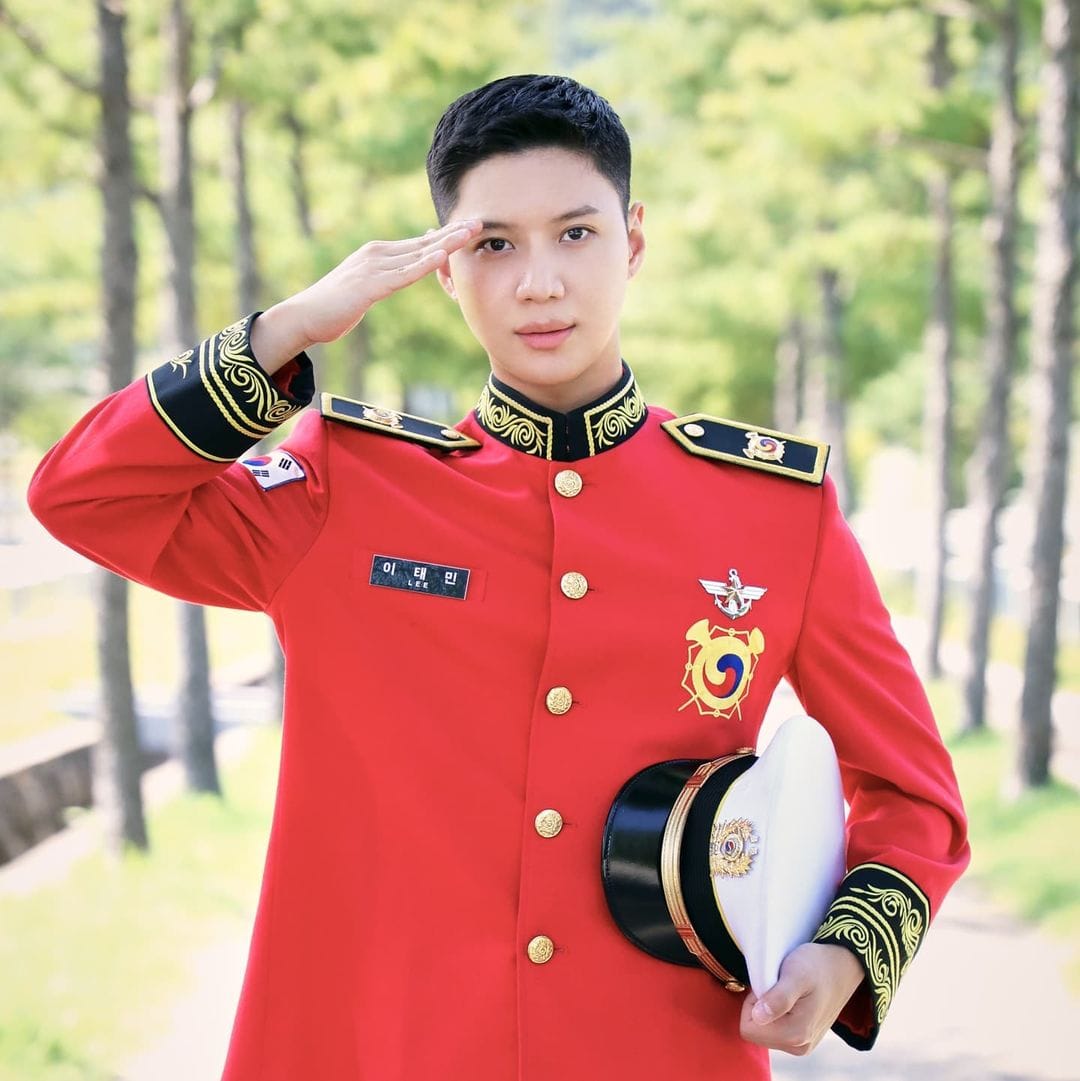