SBS’s upcoming Friday-Saturday drama “One the Woman” shared a sneak peek of Honey Lee in a dangerous situation!

“One the Woman” is about a corrupt female prosecutor who gets amnesia and accidentally switches lives with a chaebol daughter-in-law who looks exactly like her. Honey Lee will star as both the chaebol daughter-in-law Kang Mi Na and the corrupt prosecutor Jo Yeon Joo, while Lee Sang Yoon will be playing Han Seung Wook, a third-generation chaebol heir who still has feelings for his first love.

In the new stills, Jo Yeon Joo faces a crisis in the parking lot of Hanju Hotel. She stares at her reflection in the window of the parking lot security office and strokes her face as she thinks deeply about something with shocked eyes. Out of nowhere, the headlights of an unknown car flashes in her direction. Jo Yeon Joo faces the car, and without given an opportunity to panic, it slams into her. Was it a simple accident? Or did someone intentionally try to kill her? 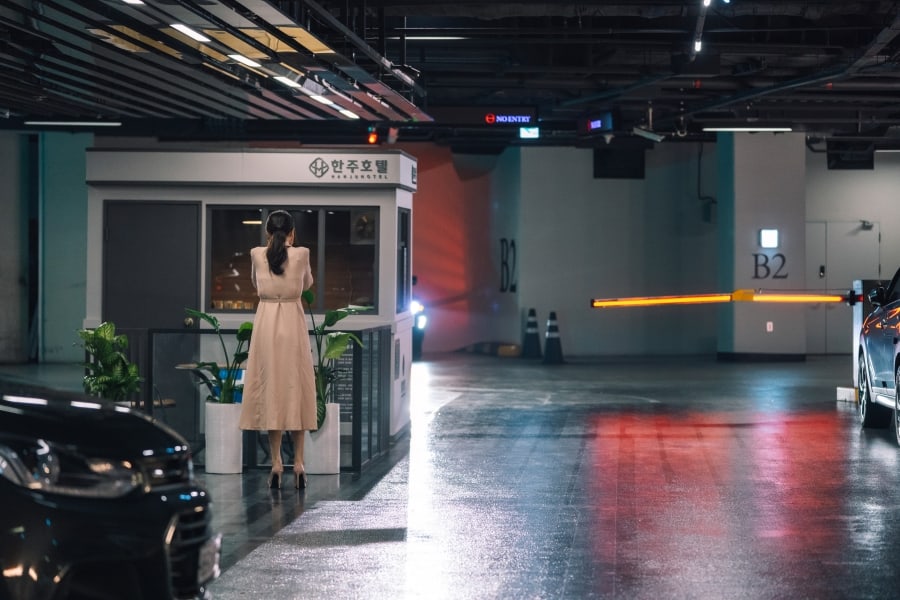 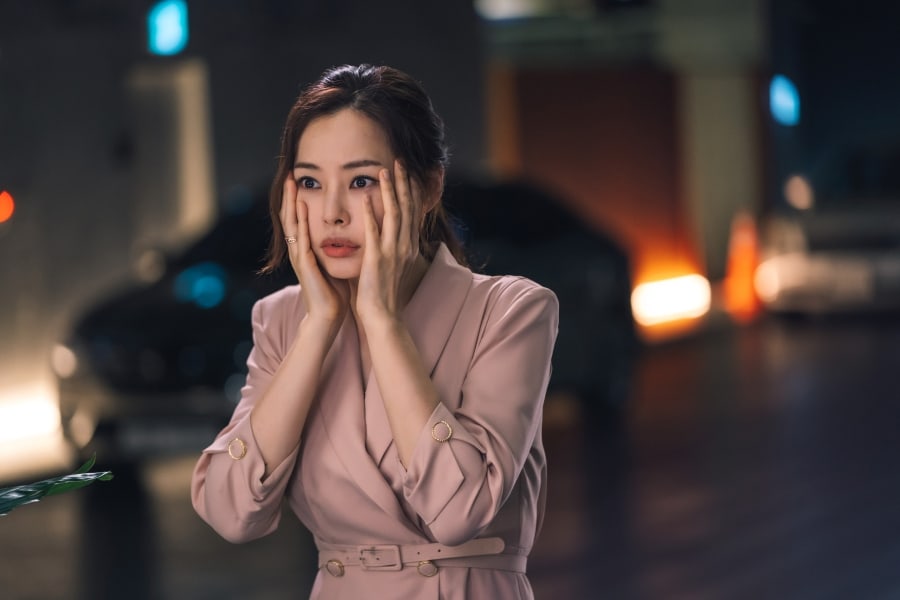 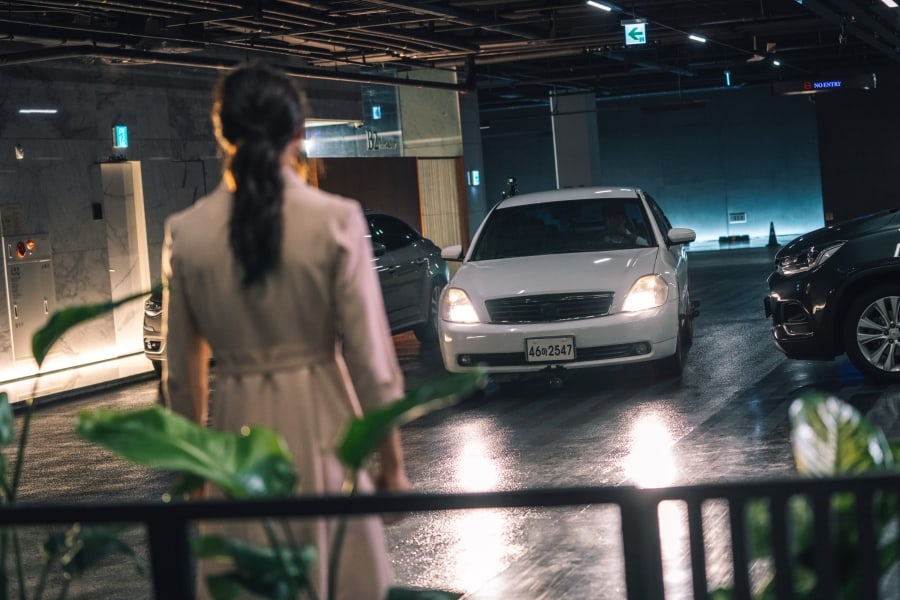 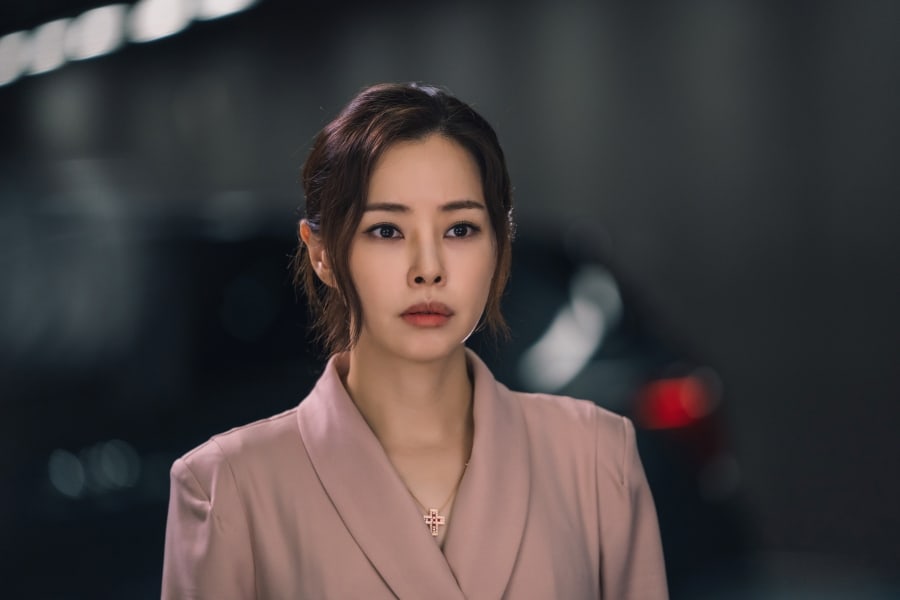 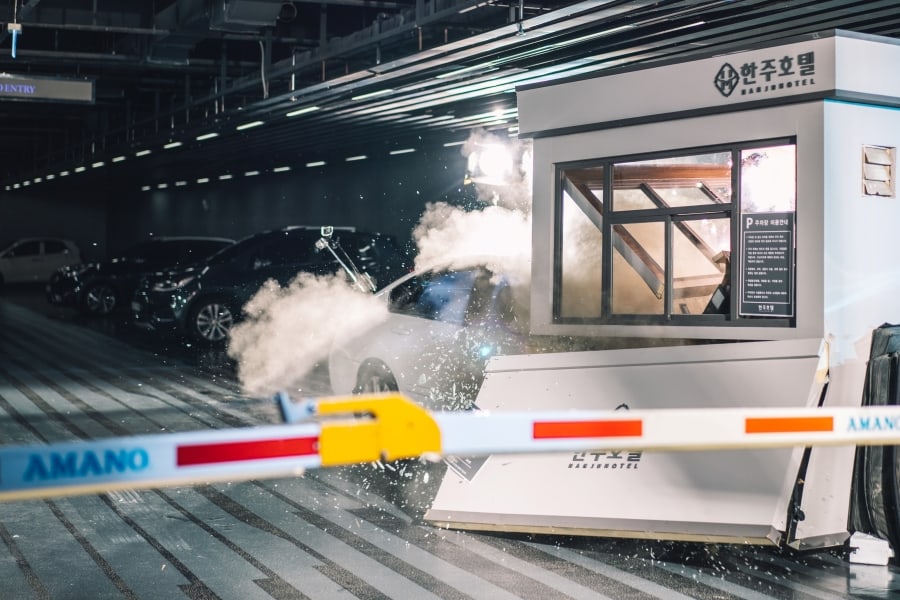 In order to film this scene without a single mistake, the production team paid extra attention to the safety of the actors and stuntmen as well as thoroughly studied the layout of the parking lot and the cars in it. Honey Lee communicated with the director and staff members to perfect her lines, movements, and timing. As soon as filming began, she captured the attention of the crew with her dramatically emotional performance that perfectly portrayed the dangerous situation.

The production crew commented, “This is an important scene where Jo Yeon Joo becomes Kang Mi Na. Please keep an eye on ‘One the Woman’ that premieres on September 17 and will give thrilling catharsis on Fridays and Saturdays in the second half of 2021.”

“One the Woman” premieres on September 17 at 10 p.m. KST and will be available with subtitles on Viki.