Previously, Yoon Hye Jin and Hong Doo Shik experienced ups and downs in their relationship. Yoon Hye Jin remembered their kiss and grew disappointed in Hong Doo Shik who kept on saying that he intentionally pretended not to know because he was afraid she would feel uncomfortable. He was also hurt that she spoke so cold-heartedly to him. Their atmosphere rapidly cooled down, but it changed during the town festival when they helped Oh Ju Ri (Kim Min Seo), who injured her ankle. They seemed to warm up to each other after that, and viewers are eager to find out what is heading their way now.

The new stills show Yoon Hye Jin, Hong Doo Shik, and Ji Sung Hyun (Lee Sang Yi) gathered in one place. Chang Young Guk (In Gyo Jin) excitedly introduces Ji Sung Hyun to the villagers. Yoon Hye Jin gazes coyly at Ji Sung Hyun, and his eyes sparkle with friendliness as he smiles at her. On the other hand, Hong Doo Shik stares at Yoon Hye Jin with a mixture of complicated feelings, leading viewers to wonder what will happen to this love triangle. 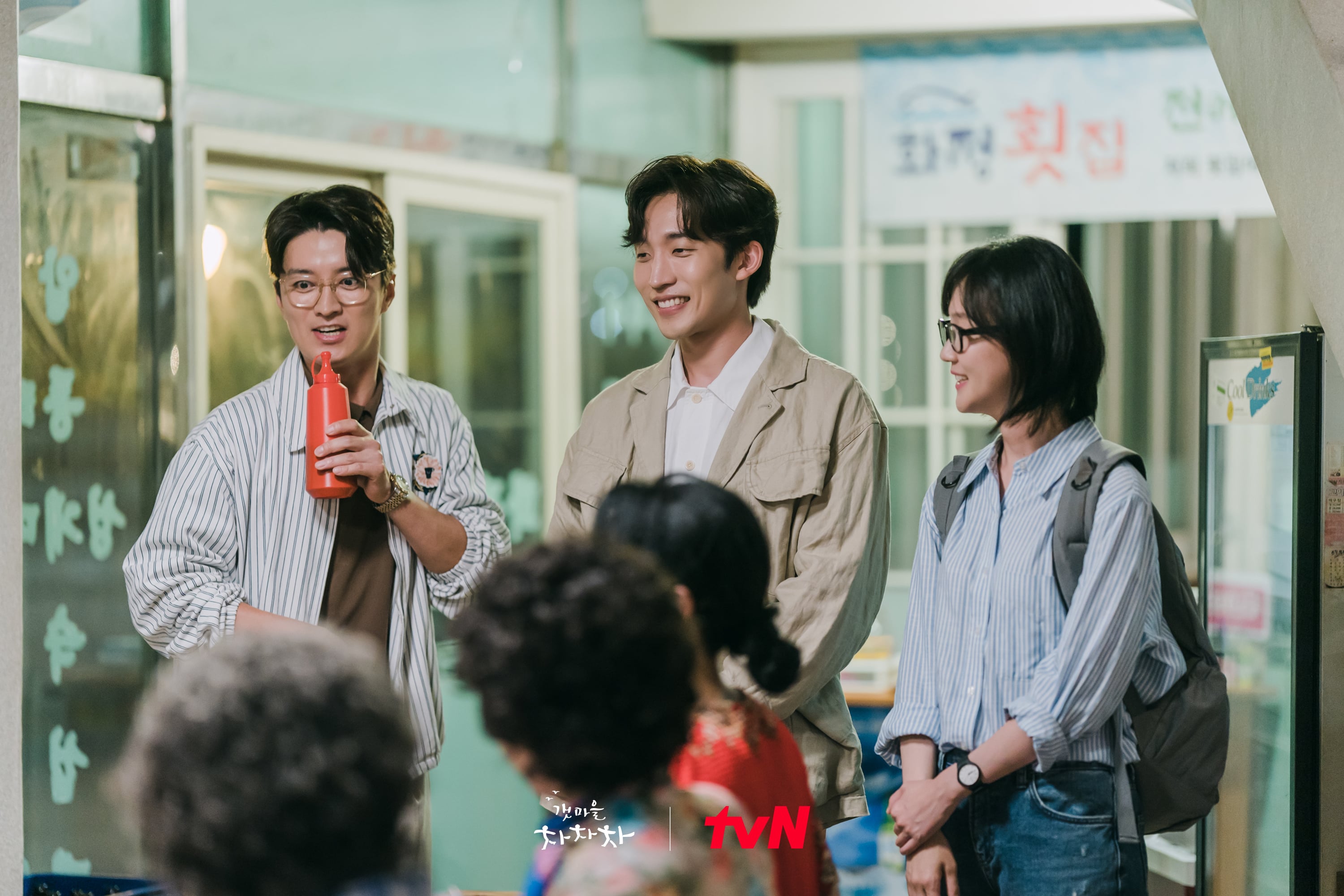 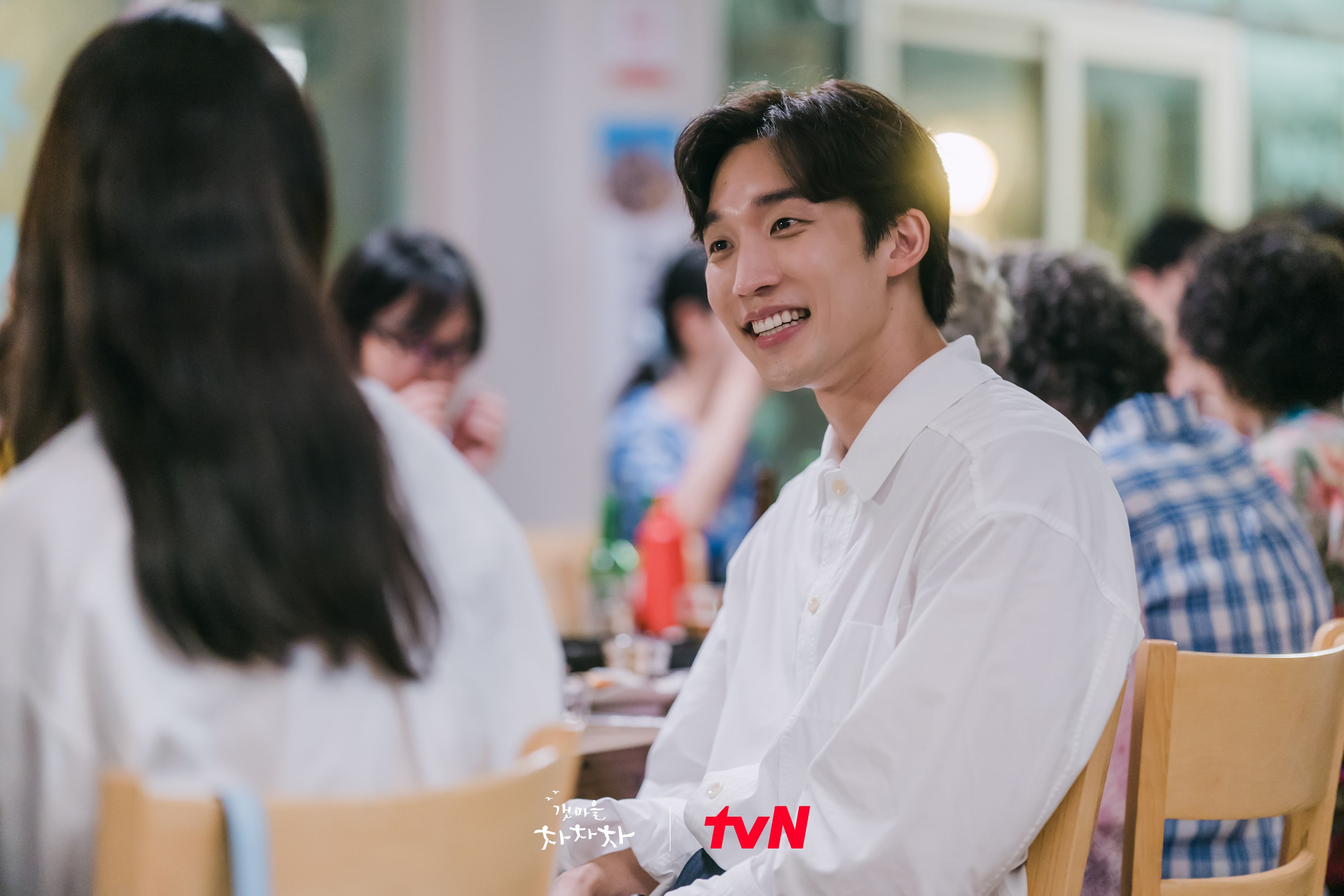 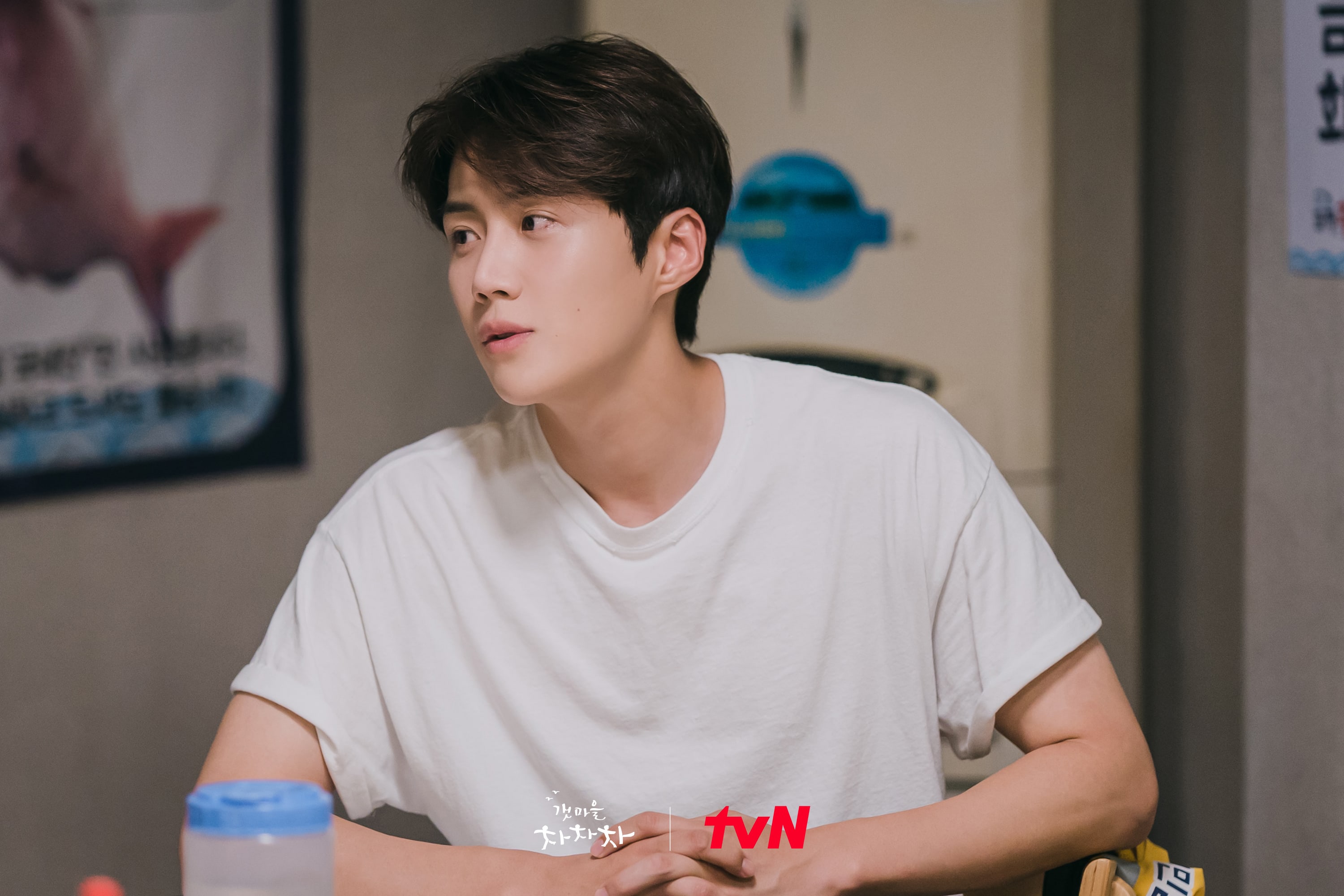 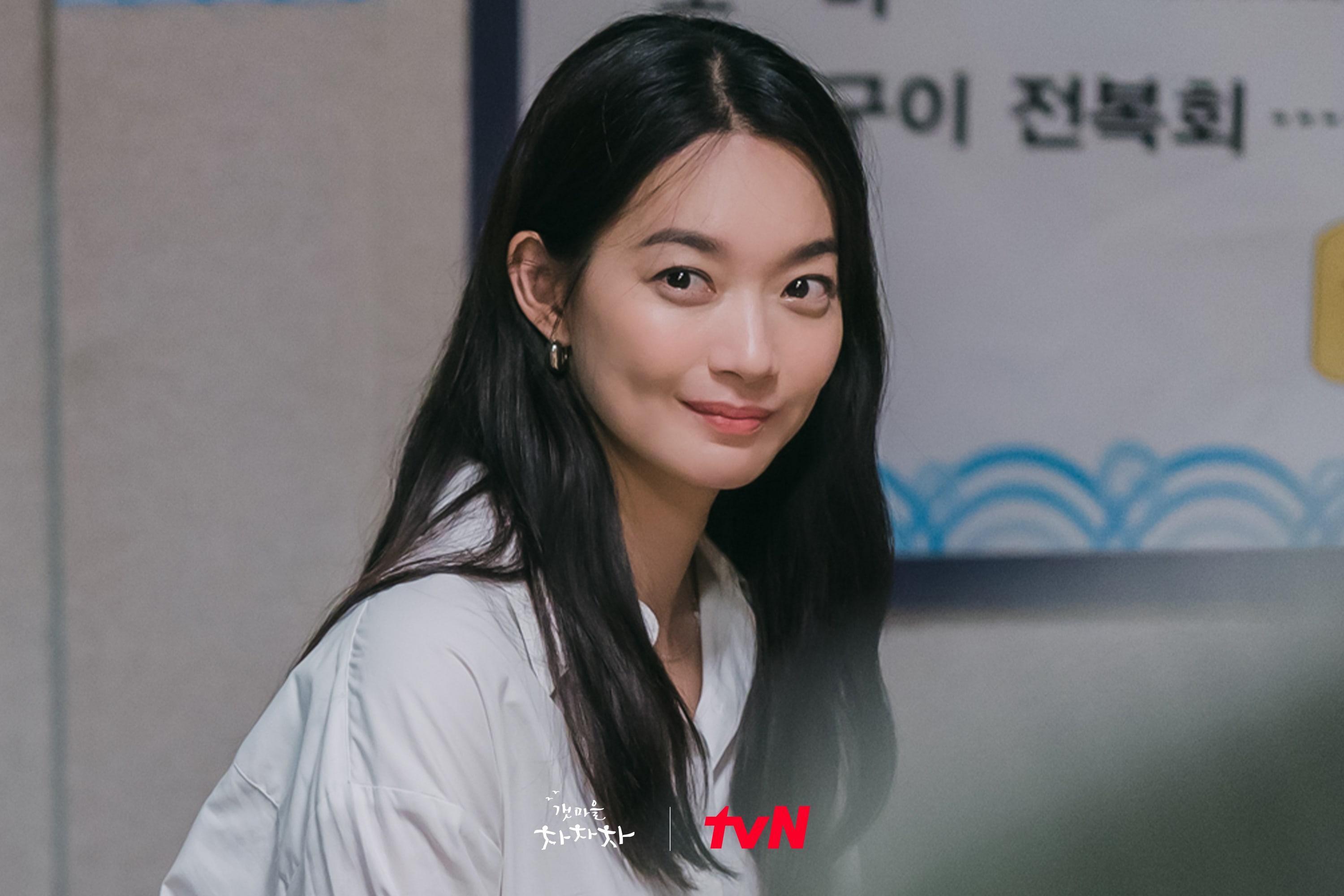 Check out Lee Sang Yi in “Youth of May“: