Kakao TV’s “The Great Shaman Ga Doo Shim” has shared a suspenseful sneak peek of its next episode!

“The Great Shaman Ga Doo Shim” is a fantasy romance drama starring Kim Sae Ron as Ga Doo Shim, a teenager with supernatural abilities who just wants to be an ordinary high school student, but was born to the fate of becoming a shaman. Nam Da Reum stars as the school’s “golden boy” Na Woo Soo, who starts seeing ghosts after meeting Ga Doo Shim.

At the end of the last episode, Ga Doo Shim visited the basement alone and collapsed in distress. Na Woo Soo went to the basement and found his dead classmates with the lowest grades. Shockingly, he also came face-to-face with the soul of Ga Doo Shim.

Ga Doo Shim and Na Woo Soo, who are both brave and has already seen many frightening things, find something in the basement and flop onto the ground. Their expressions are filled with terror, leaving viewers to wonder what they had seen.

In addition, Hyun Soo is frozen in shock, and he appears flustered by what he has just witnessed. Hyun Soo is a ghost who has been around for ten years, so his surprised expression piques viewers’ curiosity about the horror before him. 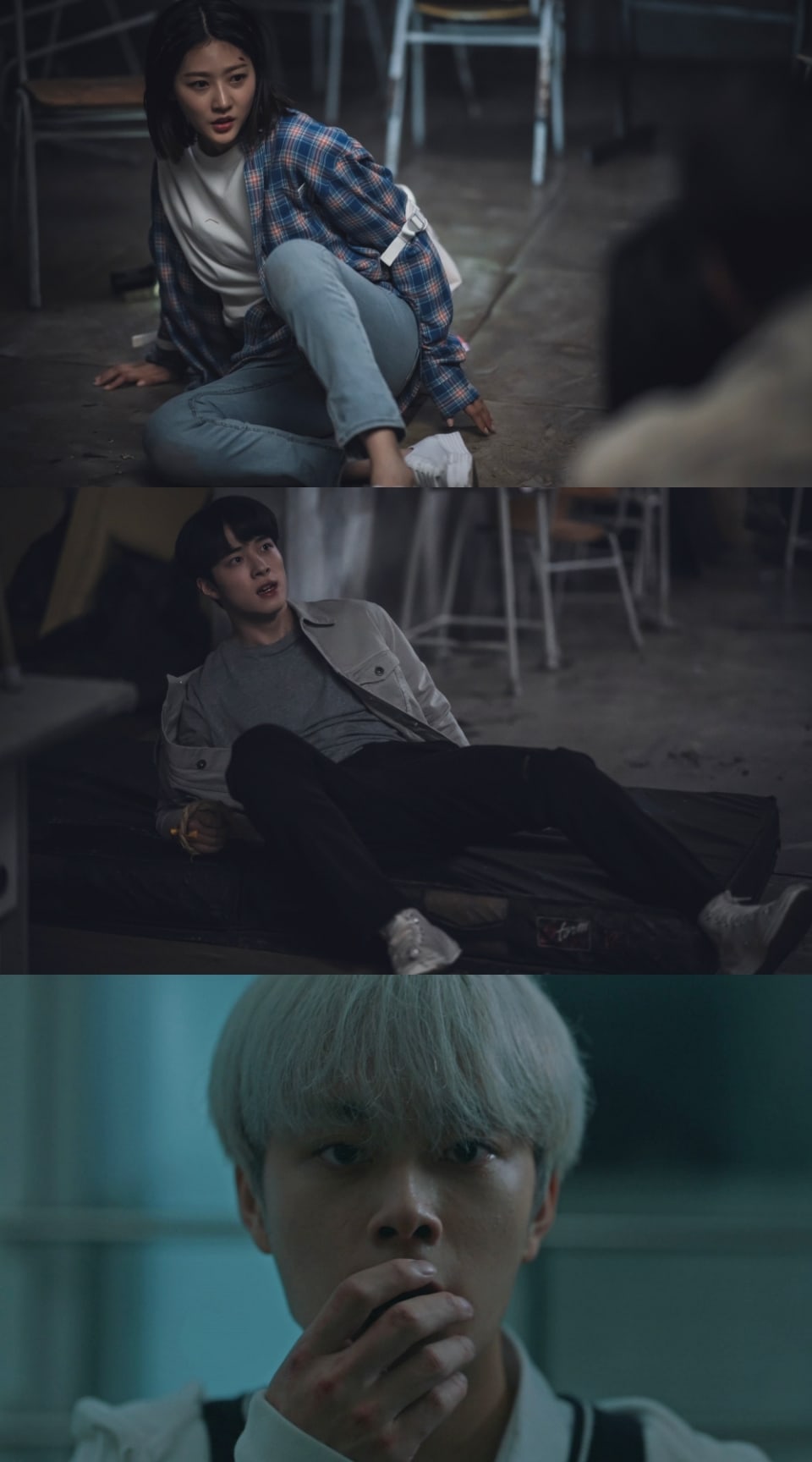 The producers of “The Great Shaman Ga Doo Shim” teased, “Strong-hearted Ga Doo Shim and brave Na Woo Soo face something frightening in the basement. Check out episode 9 to see what made even Hyun Soo tremble.”

The next episode of “The Great Shaman Ga Doo Shim” will air on September 17 at 8 p.m. KST.