3 Key Points To Anticipate In Upcoming Premiere Of “The Veil”

The premiere of MBC’s “The Veil” is just hours away!

“The Veil” is about an intelligence agent named Han Ji Hyuk (Namgoong Min) seeking revenge on the traitor who caused his downfall. It has been described as a blockbuster with a budget of 15 billion won (about $12.8 million). It is a special project to mark MBC’s 60th anniversary, and the script, which was written by Park Seok Ho, won a prize at the MBC drama script contest in 2018.

Below are three points to look out for in the drama’s first episode:

Han Ji Hyuk disappears during an operation and gets discovered a year later by maritime police who were searching for smuggling ships. The figures of National Intelligence Service (NIS) seem disturbed by his sudden return, which hints that there’s a great mystery in the organization. 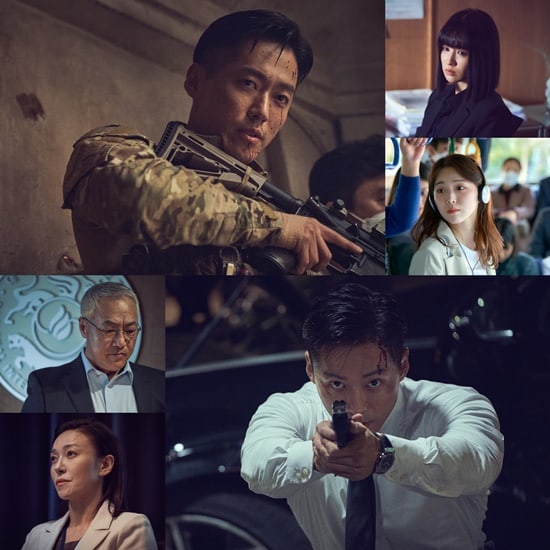 Han Ji Hyuk lost his memories after a terrible accident that left his colleagues for dead, and he returns a year later with no recollection of what happened. There isn’t a hint about what he’s been doing, where he’s been, and who has set him up.

However, there will be an unexpected element that awakens Han Ji Hyuk, who wasn’t able to regain his memories through all kinds of methods. What is that key factor that triggered his memories, and will he be able to reveal that happened that night he was thrown into a trap?

Seo Soo Yeon, a team leader at the NIS’s Crime Information Center, is Han Ji Hyuk’s colleague. Although they had different values and ways of handling work, they’ve always been at peace with each other. However, a big crack appeared in their relationship after his disappearance. This crack will cause uncontrollable misunderstandings and hatred between the two characters. Viewers can expect to find out why Seo Soo Yeon is giving Han Ji Hyuk the cold shoulder and what will happen when he suspects her as being a hidden traitor in the organization.

“The Veil” premieres on September 17 at 10 p.m. KST and will be available on Viki. The first two episodes will be rated 19+.