Namgoong Min Faces Off Against A Mysterious Enemy In “The Veil”

MBC’s “The Veil” has shared an intriguing sneak peek of its second episode!

“The Veil” is a new blockbuster action drama starring Namgoong Min as Han Ji Hyuk, an elite field agent whose perfect record and skill at completing missions make him a legend at the NIS (National Intelligence Service). However, just when he seemed to have finally succeeded in driving an organized crime syndicate into a corner, Han Ji Hyuk suddenly vanishes off the face of the earth following a horrific accident. After losing his memories and going missing for a year, he makes a bold return to the organization to find the traitor who attempted to kill his entire team.

On the first episode of “The Veil,” Han Ji Hyuk attempted in vain to recover his lost memories in order to figure out the identity of the culprit who cruelly murdered his colleagues. However, the episode ended with an unexpected twist: after following a trail of clues left by an unknown individual, Han Ji Hyuk stumbled upon a video of himself in which he revealed that he had intentionally erased his own memories in order to hunt down the traitor.

In the video, a battered Han Ji Hyuk stared down the camera as he said urgently, “There’s a rat in our organization. I erased my own memories in order to find that person.”

In newly released stills from the drama’s next episode, Han Ji Hyuk finds himself caught up in a high-speed chase where he both hunts and is hunted. Despite being visibly injured and bleeding, the fearless agent looks more determined than ever as he emerges from a smoking car crash.

Another photo captures Han Ji Hyuk holding a mysterious enemy at gunpoint, piquing viewers’ curiosity as to who might be staring down the barrel of his gun. 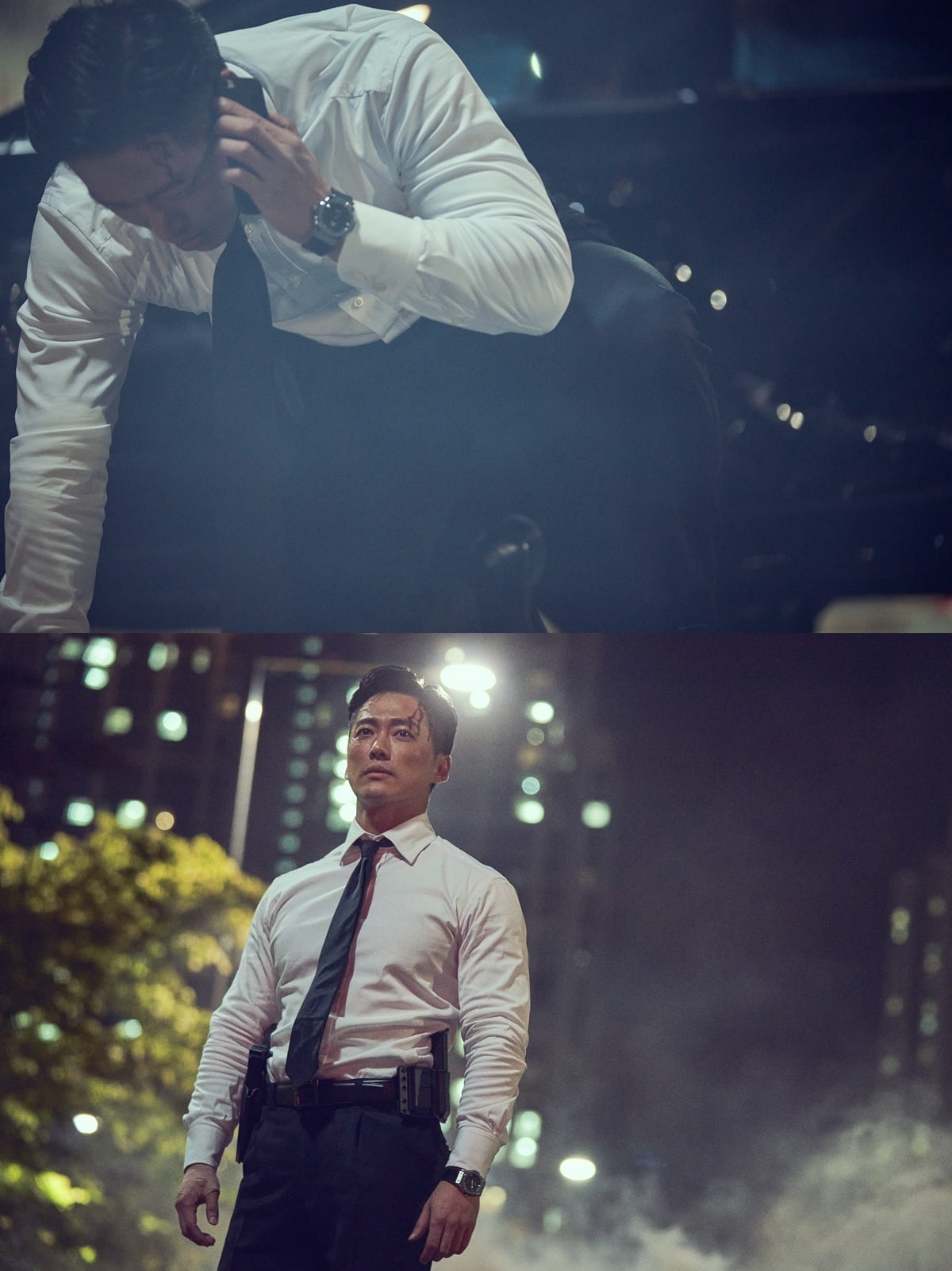 In the meantime, check out the first episode of the drama with subtitles below!