tvN’s “Hometown Cha-Cha-Cha” shared a glimpse of the upcoming episode!

Previously on “Hometown Cha-Cha-Cha,” Yoon Hye Jin and Hong Doo Shik experienced ups and downs in their relationship. The two were on cold terms for a while, but they warmed up at the town festival. As they grow closer, viewers are keen to find out more about how their romance will blossom in the future.

New stills show Yoon Hye Jin and Hong Doo Shik doing the laundry together. They march all over the laundry in a big basin with their bare feet, wring water out of the wet blankets, and hang them out to dry them. The two have no choice but to get physically closer, making viewers’ hearts flutter in anticipation.

In particular, Yoon Hye Jin and Hong Doo Shik are in complete harmony with their couple outfits. They’re both wearing white tops with colorful, floral pants. The two characters smile so brightly that their dimples are apparent, and viewers can expect to see their romance deepen in the next episode. 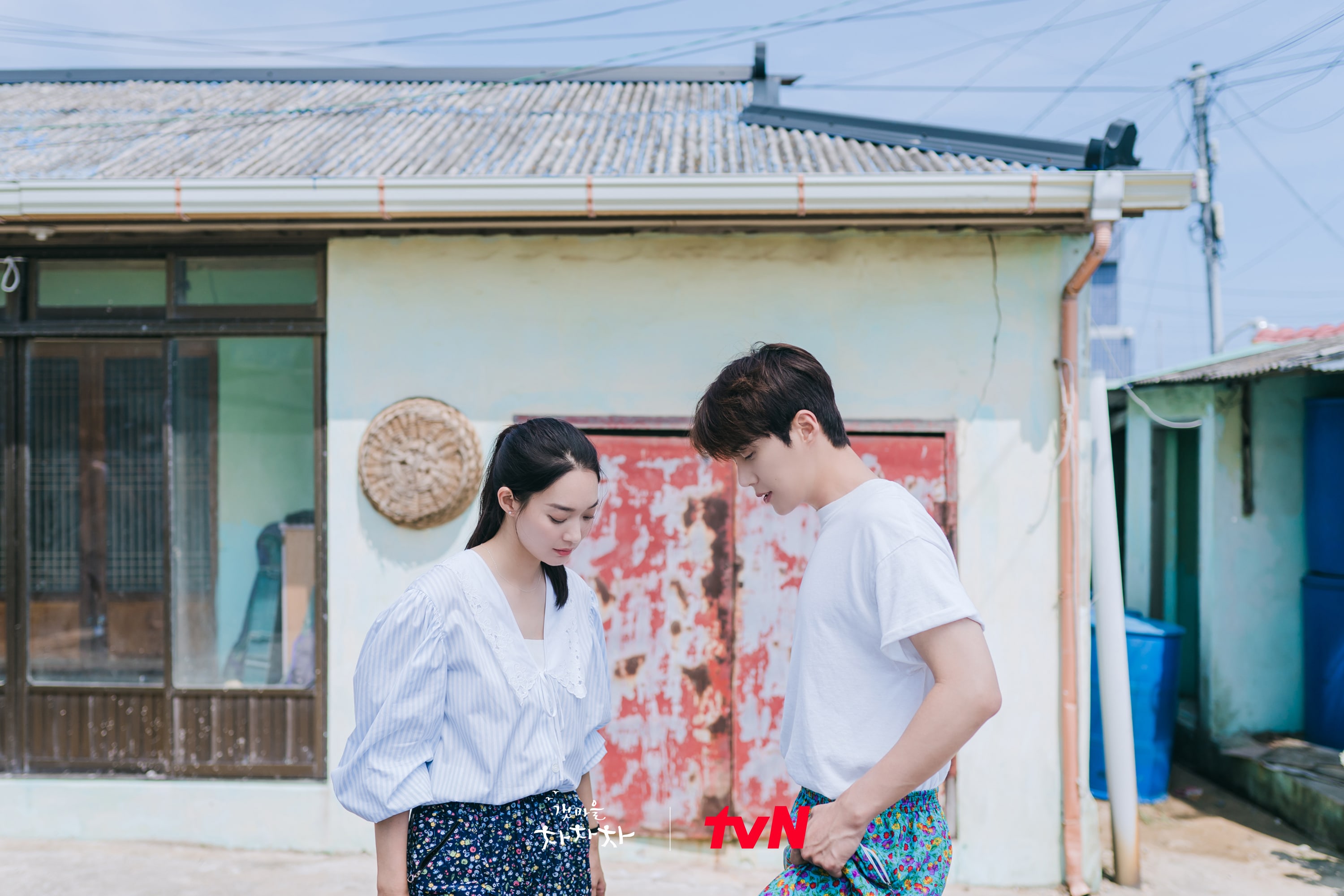 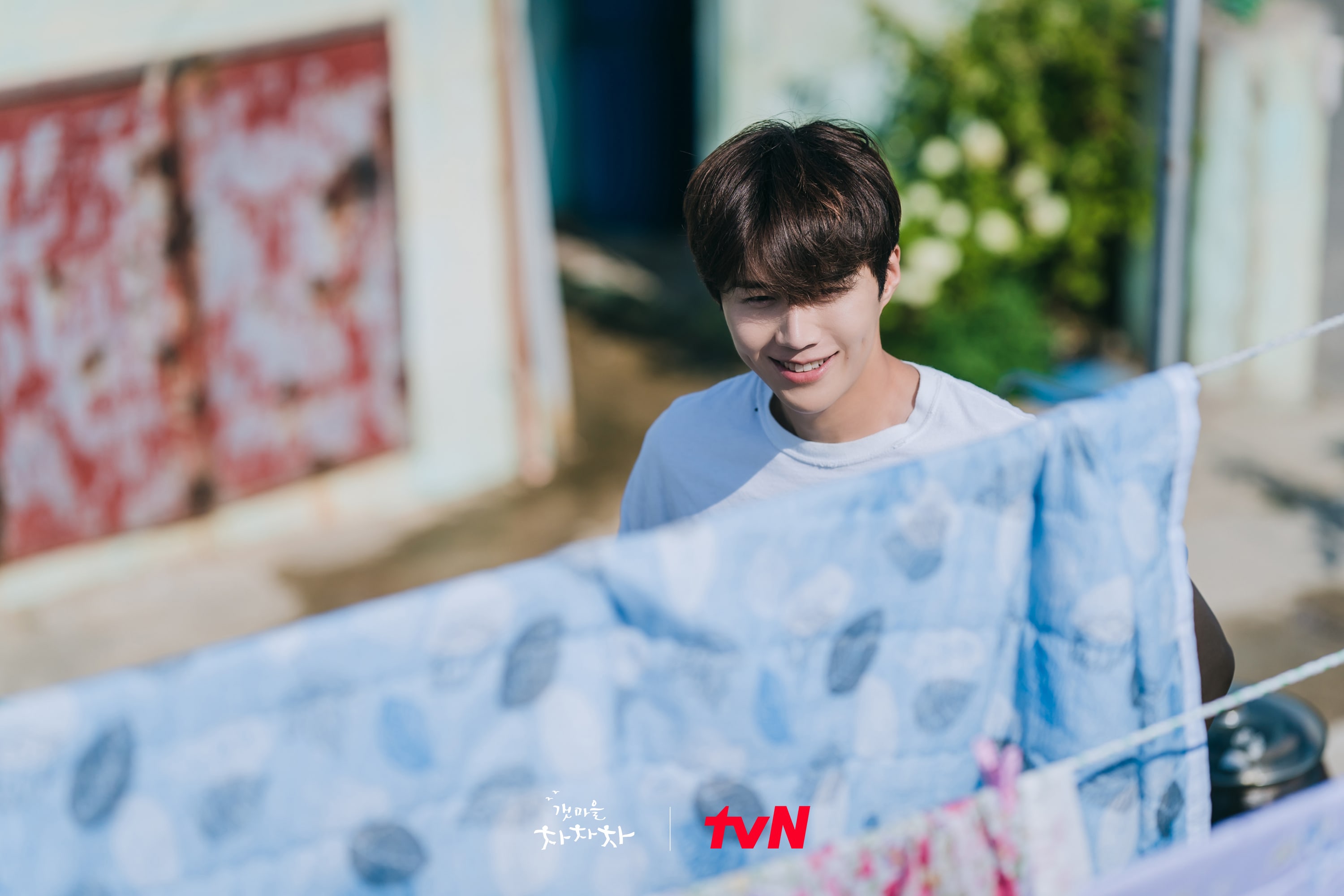 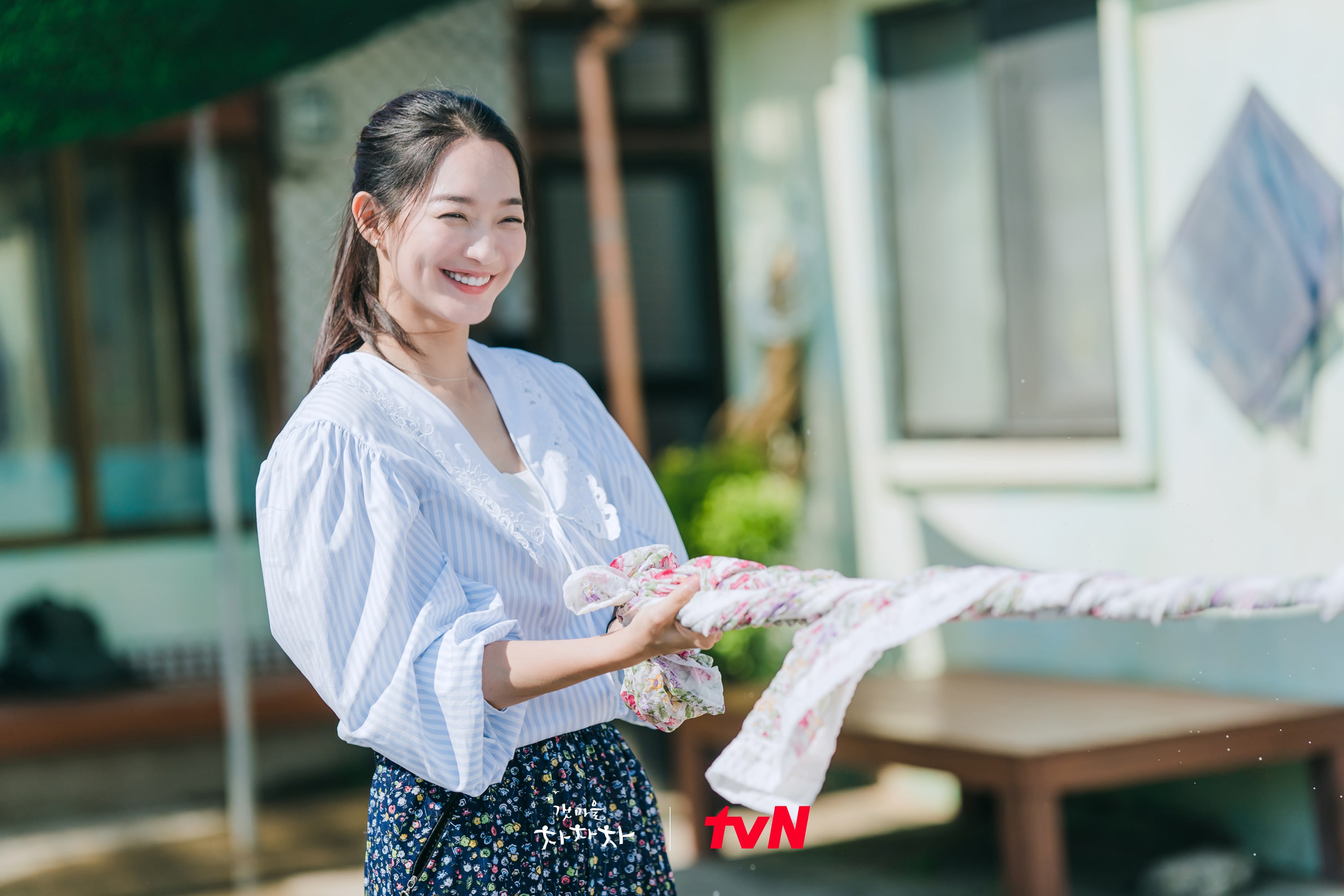