However, in the midst of the trio’s conversation, an air of tension appeared when Hong Doo Shik realized that he had no way to relate to Yoon Hye Jin and Ji Sung Hyun while they were reminiscing about their college days. What’s more, at the end of episode 7 Ji Sung Hyun asked Hong Doo Shik if Yoon Hye Jin was seeing anyone. His question stunned Hong Doo Shik, who finally replied, “I don’t think so.” This scene proved that Yoon Hye Jin is the key to this pair’s relationship, leading viewers to wonder how they might progress from here on out.

In the new stills, Hong Doo Shik appears speechless as he faces Ji Sung Hyun with his arms crossed, while Ji Sung Hyun observes him with a suspicious expression. In stark contrast to the two men’s bristling expressions, Yoon Hye Jin shows off her charm as she flashes a grin that stretches from ear to ear. The stills foreshadow a shift in the two men’s relationship as they can’t help but be on guard around each other when it comes to Yoon Hye Jin. 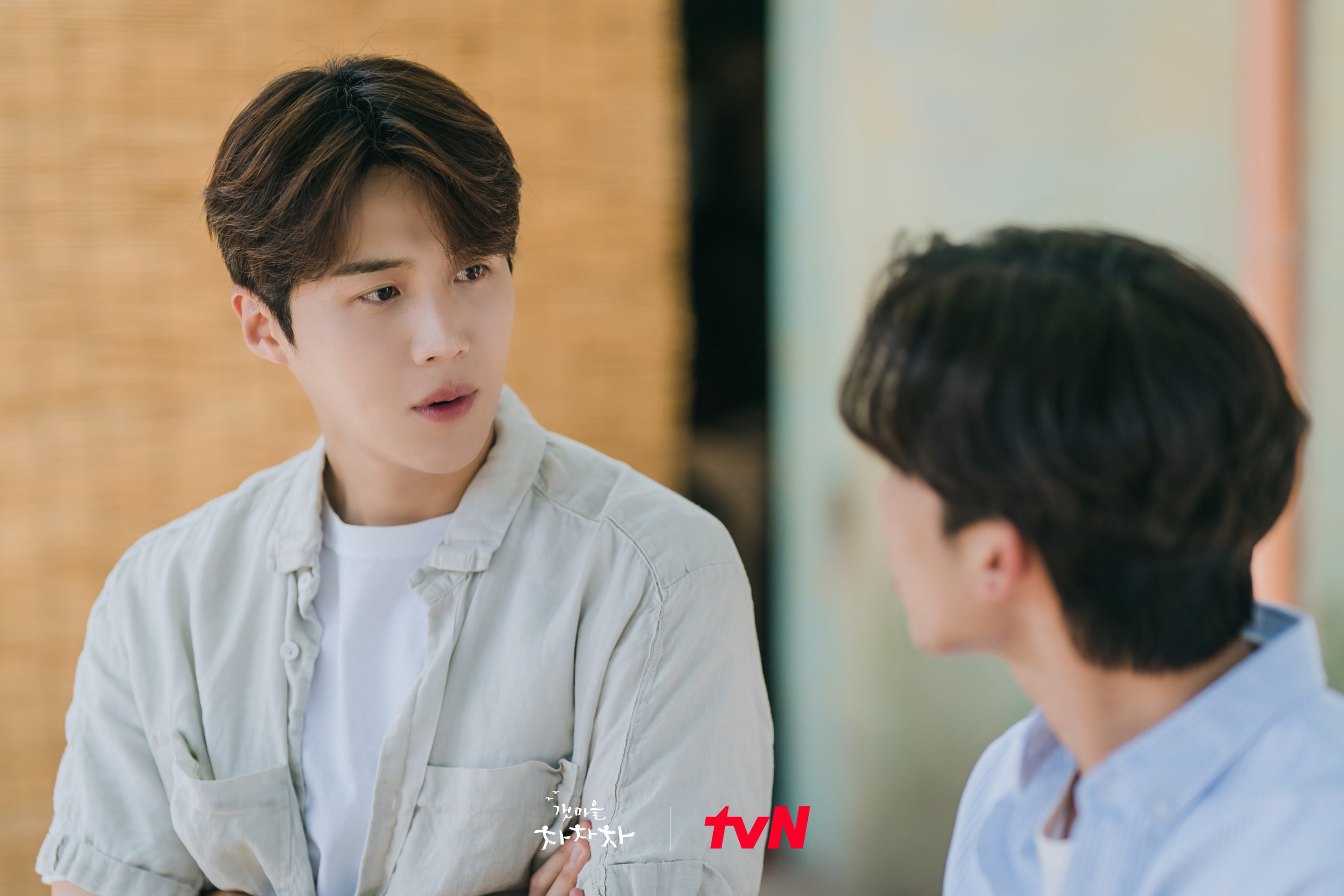 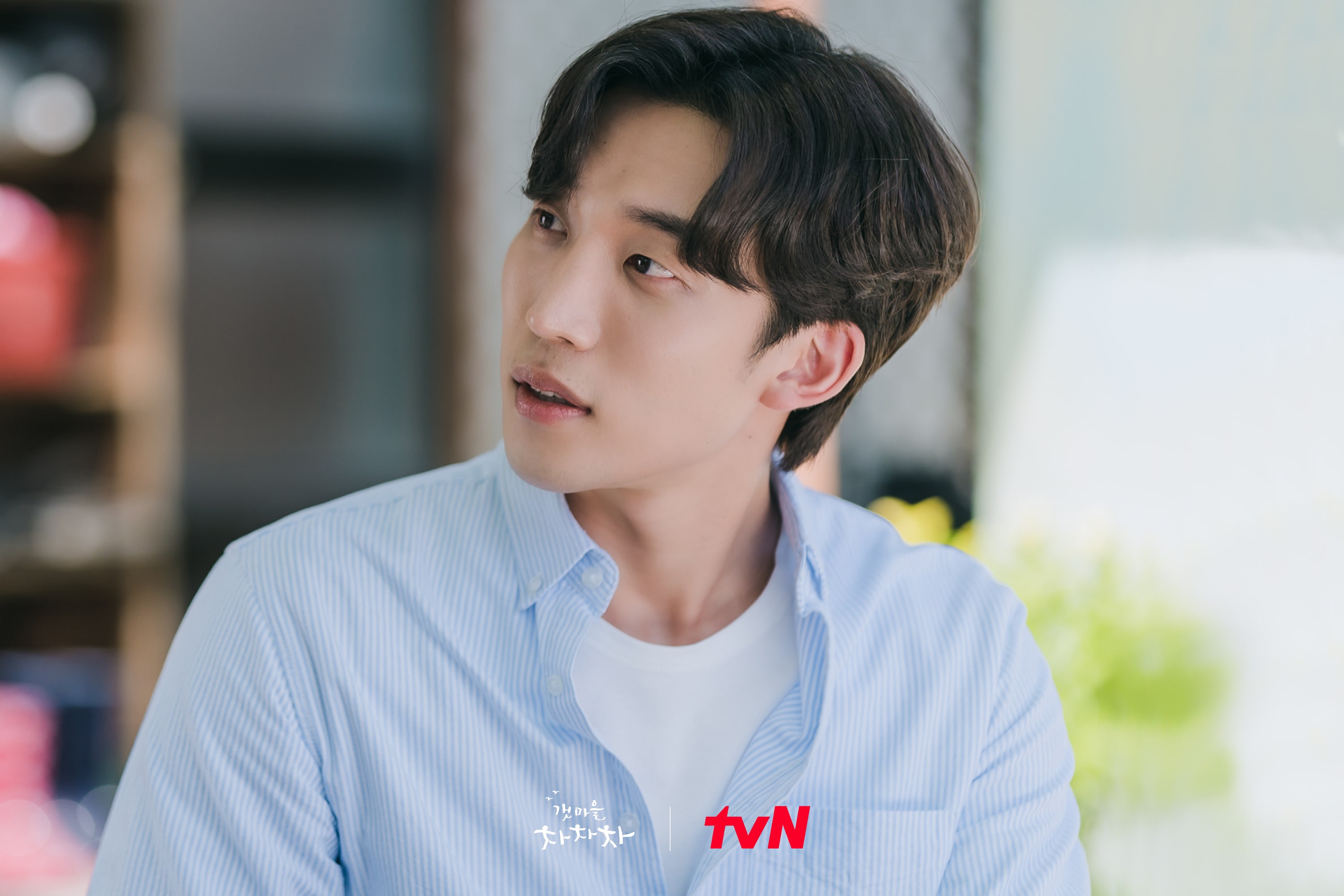 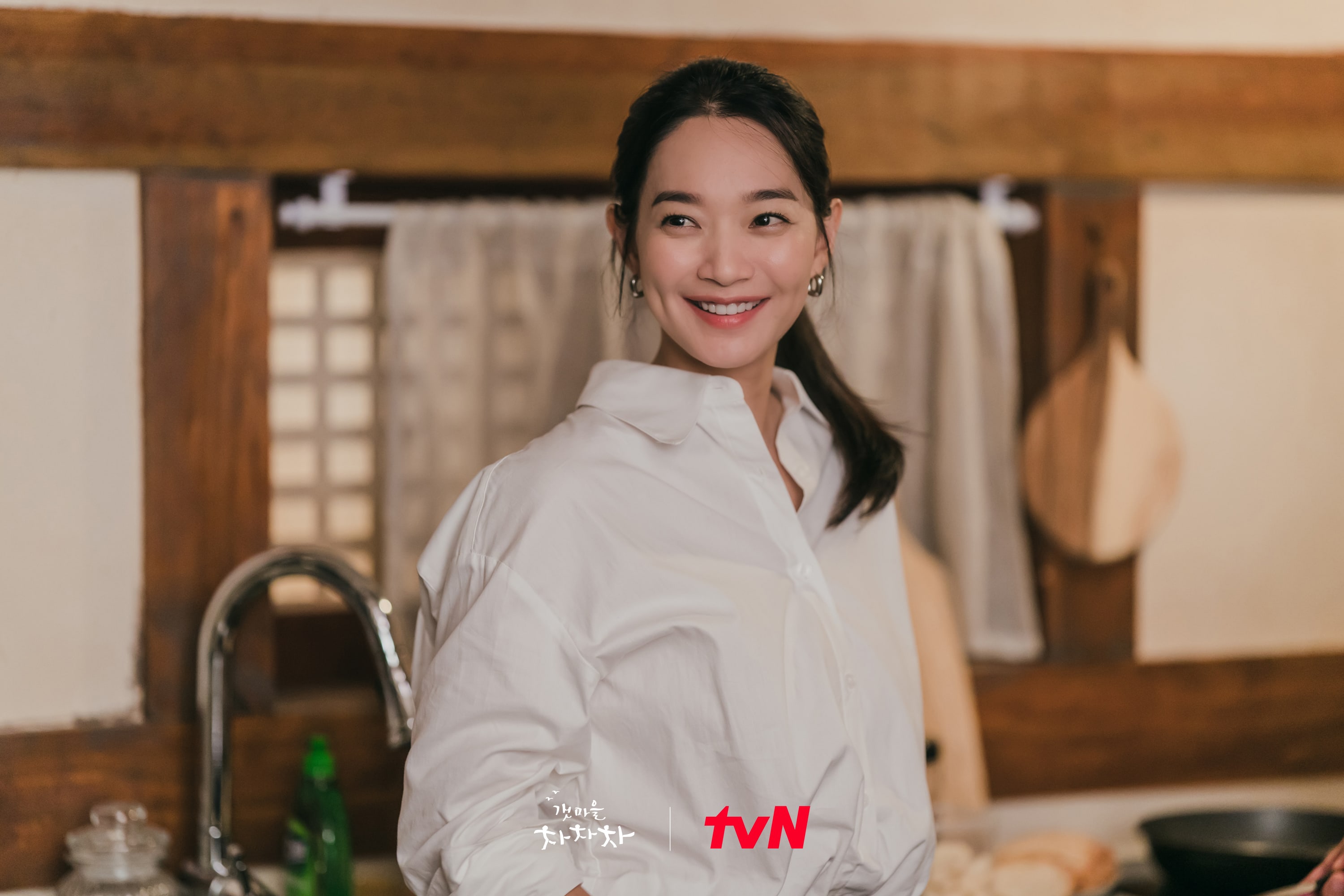 The drama’s producers commented, “This situation is different than the love triangle situation where two men get jealous and try to steal the woman from each other. You will enjoy the drama even more if you focus on both Hong Doo Shik and Ji Sung Hyun, who each possess their own attractive charm, and Yoon Hye Jin to see how their relationship grows steadily deeper. Against the backdrop of the special village of Gongjin, the trio’s romance will play out in a variety-style way, so please look forward to it.”

The next episode of “Hometown Cha-Cha-Cha” airs on September 19 at 9 p.m. KST.

In the meantime, check out Kim Seon Ho in “Welcome to Waikiki 2” here: