3 Mysteries In “High Class” That Need To Be Solved

tvN’s “High Class” has been keeping viewers’ eyes glued to the screen with its unsolved mysteries!

“High Class” is a new mystery drama set at an ultra-luxurious international school located on an island paradise. Jo Yeo Jeong stars as Song Yeo Wool, a successful lawyer who loses everything when she is framed for her husband’s murder. She unexpectedly begins to unravel the mystery behind her husband’s death when the mother of one of her son’s classmates turns out to be her late husband’s mistress.

In just the first four episodes, the drama has already reeled viewers in with its tantalizing clues. Below are three mysteries that have piqued viewers’ curiosity thus far.

Song Yeo Wool found out that Nam Ji Sun (Kim Ji Soo) had been close with her deceased husband An Ji Yong (Kim Nam Hee), who had been known as an investment genius. When Song Yeo Wool asked if her husband was the reason why Nam Ji Sun was so disapproving of her, Nam Ji Sun grew angry and told her to stop spouting nonsense. However, her mysterious relationship with An Ji Yong has yet to be revealed in full. As such, curiosity is mounting over whether or not An Ji Yong and Nam Ji Sun had a personal relationship.

2. The real reason behind the school’s invitation of Song Yeo Wool

As An Ji Yong had made large donations for both the establishment of the international school as well as the foundation, the school’s president Do Jin Seol (Woo Hyun Joo) handed an invitation to Song Yeo Wool. In episode 4 when Do Jin Seol met Nam Ji Sun, she explained her need for Song Yeo Wool by saying, “You know the state of the foundation and your own situation. What we need right now is that woman. Just put your trust in me until this situation gets sorted.” This conversation left viewers wondering what the real reason behind their need for Song Yeo Wool could possibly be.

3. The motives of Danny Oh and Hwang Na Yoon

Danny Oh (Ha Jun) has been slyly approaching Song Yeo Wool ever since their first meeting. As a teacher at the international school, he has been staying close by her side, looking after her and supporting her in a casual manner. However, Danny Oh was seen secretly discussing some sort of mission with Do Jin Seol, raising suspicions about what sort of task he could have been assigned.

In addition, Song Yeo Wool was shocked to find out that Hwang Na Yoon (Park Se Jin), whom she thought to be her only true friend, had been her deceased husband’s hidden mistress. However, as Hwang Na Yoon has been helping Song Yeo Wool overcome her status as an outsider at the international school, viewers are curious to see how she will act from here on out. 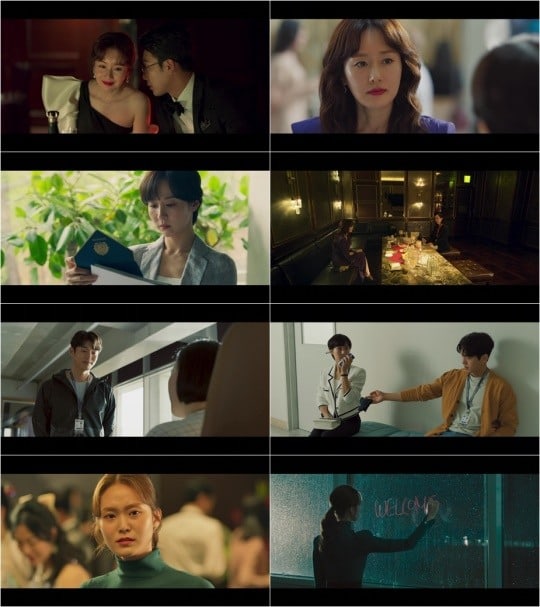 Each mystery posed by the drama is keeping viewers on their toes, ready to find out what could happen next. More shocking developments are expected as everyone’s secrets are revealed one by one.