tvN’s “Hometown Cha-Cha-Cha” has revealed new stills of a surprise meeting between the main characters!

Meanwhile, Yoon Hye Jin and Hong Doo Shik also experienced another romantic encounter. On the night when the three of them had been drinking, Yoon Hye Jin went to be by Hong Doo Shik’s side when he had been sitting all alone. When Hong Doo Shik shed tears and asked her not to go, Yoon Hye Jin consoled him by saying, “Don’t worry, I’m not going anywhere,” proving that their relationship is steadily growing deeper without them even knowing. However, it remains to be seen what kind of effect the appearance of Ji Sung Hyun is going to have on their relationship.

The new stills tease the appearance of a love triangle. In the midst of a rainy night, Yoon Hye Jin and Ji Sung Hyun stand side by side as they share an umbrella, looking as if they were their college selves once again. In contrast, Hong Doo Shik is left with no umbrella, completely soaked by the rain as he stares in surprise at the pair. Looking back at Hong Doo Shik from under the shared umbrella, Yoon Hye Jin’s expression carries a hint of worry. 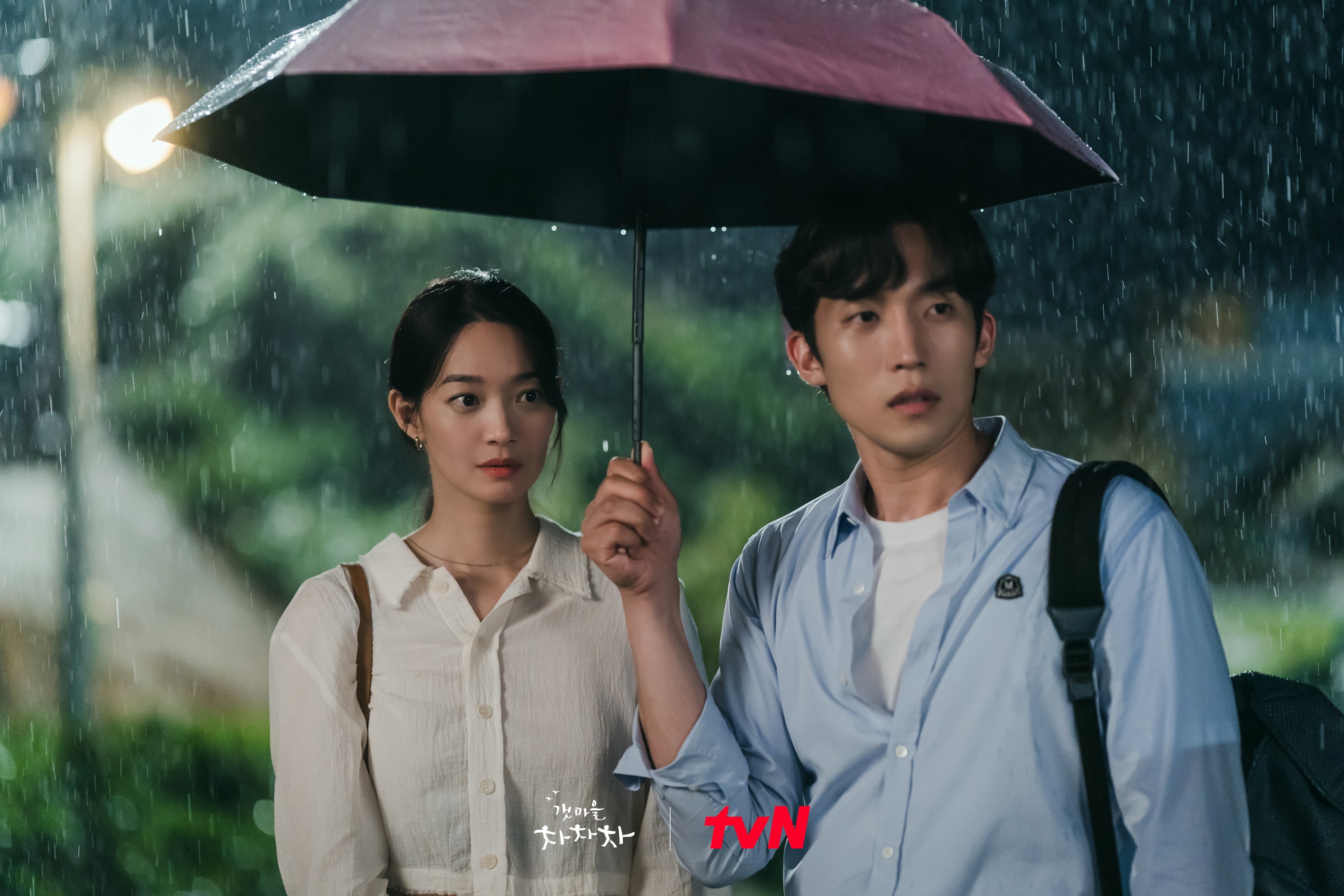 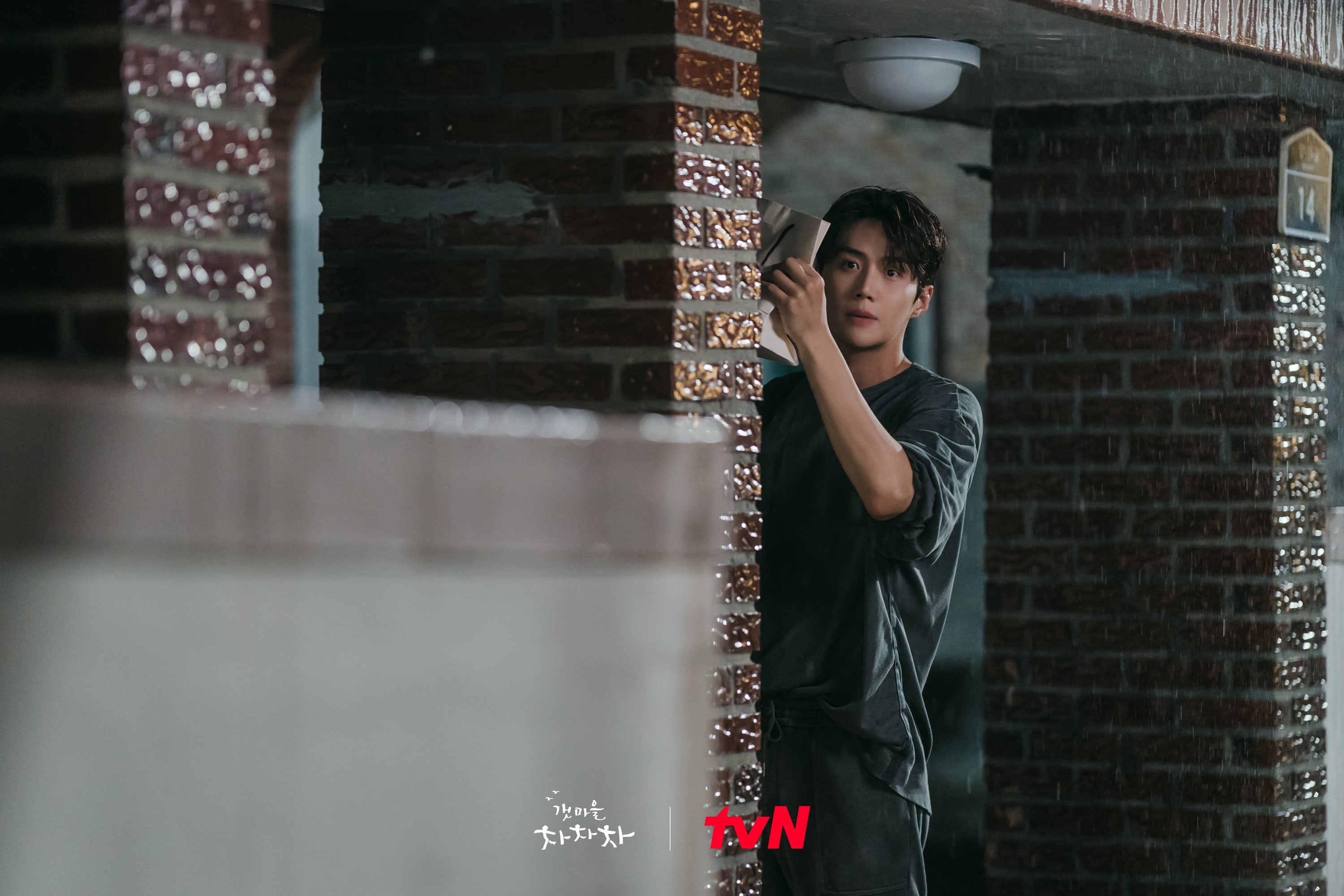 To find out what kind of conversation will happen next or where their relationships will head, tune in to the next episode of “Hometown Cha-Cha-Cha,” which airs on September 19 at 9 p.m. KST.

In the meantime, check out Shin Min Ah in “Tomorrow With You” below!