KBS’s new drama “The King’s Affection” has shared an exciting sneak peek of the chemistry between its leads!

Based on the manhwa (Korean comic) of the same name, “The King’s Affection” will tell the story of a pair of royal twins, one male and one female. Although the sister is initially abandoned for being female, she later disguises herself as a man to become the crown prince when her brother dies.

Park Eun Bin will star in the drama as Lee Hwi, the crown prince with a shocking secret. Intelligent and disciplined, Lee Hwi makes the perfect prince: she wakes up early every morning to study, and she is always diligent about her training in both the literary and martial arts.

However, because of her secret, Lee Hwi must keep everyone around her at a distance. Dubbed “the ice prince” for her frosty attitude and sharp tongue, Lee Hwi does not allow anyone except her closest confidants to come within five steps of her. What no one knows is that the reason for the prince’s cold demeanor and strict rules is her need to fiercely guard her secret.

Meanwhile, SF9’s Rowoon will star as Jung Ji Woon, Lee Hwi’s stubborn teacher. From the first day that he arrives at the palace, the friendly Jung Ji Woon gets over-involved in Lee Hwi’s affairs, and he seems to be nosily circling the prince at all times. Undeterred by her biting remarks and the invisible walls she puts up at all times, he shakes up the inflexible daily routine she has perfected with his bold and unpredictable behavior.

In newly released stills from the upcoming drama, Jung Ji Woon catches Lee Hwi off guard by unexpectedly breaking her five-step rule. To Lee Hwi’s shock and horror, he casually invades her personal space to point out something in a book, fearlessly crossing the invisible barrier between them as if it’s no big deal. 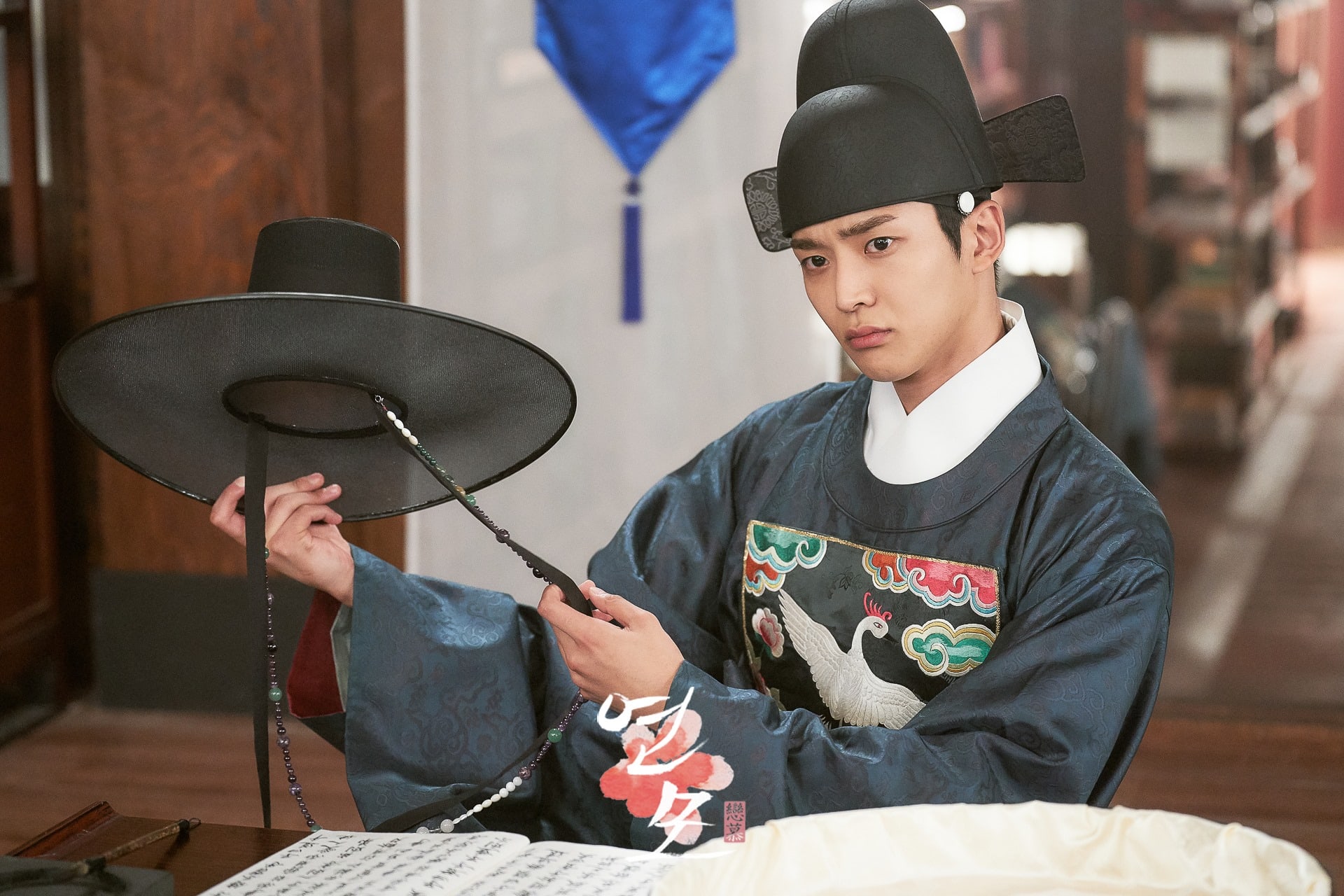 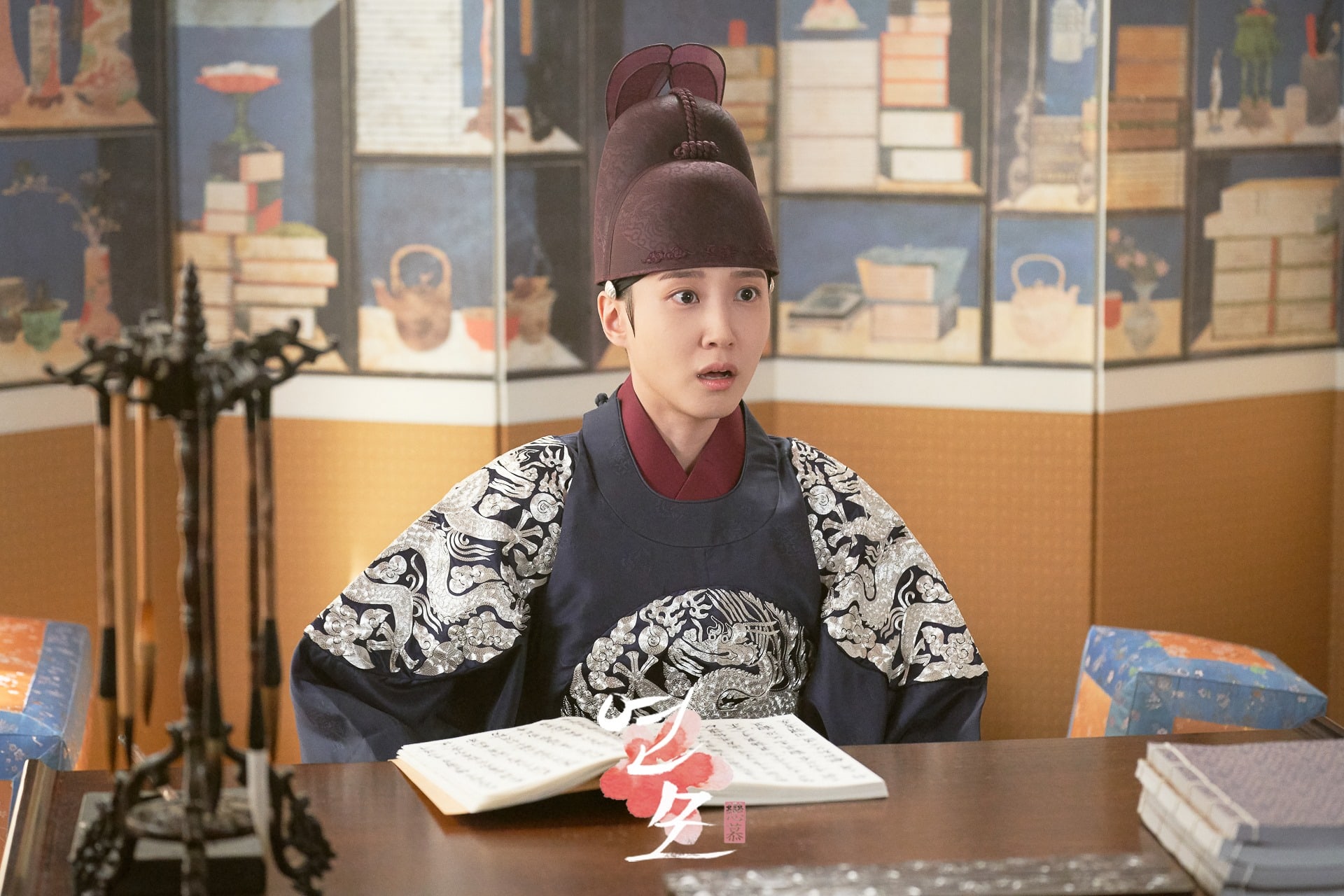 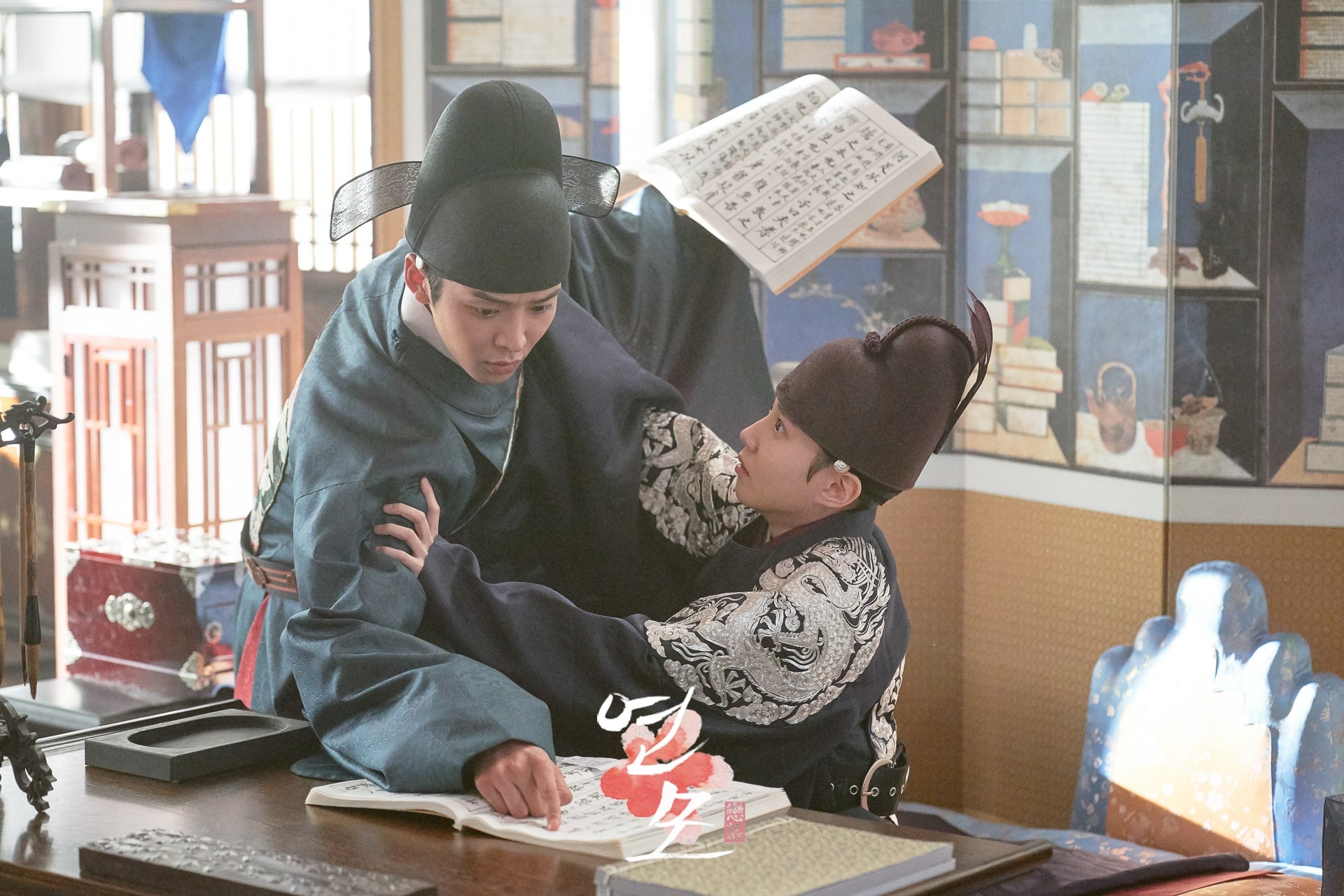 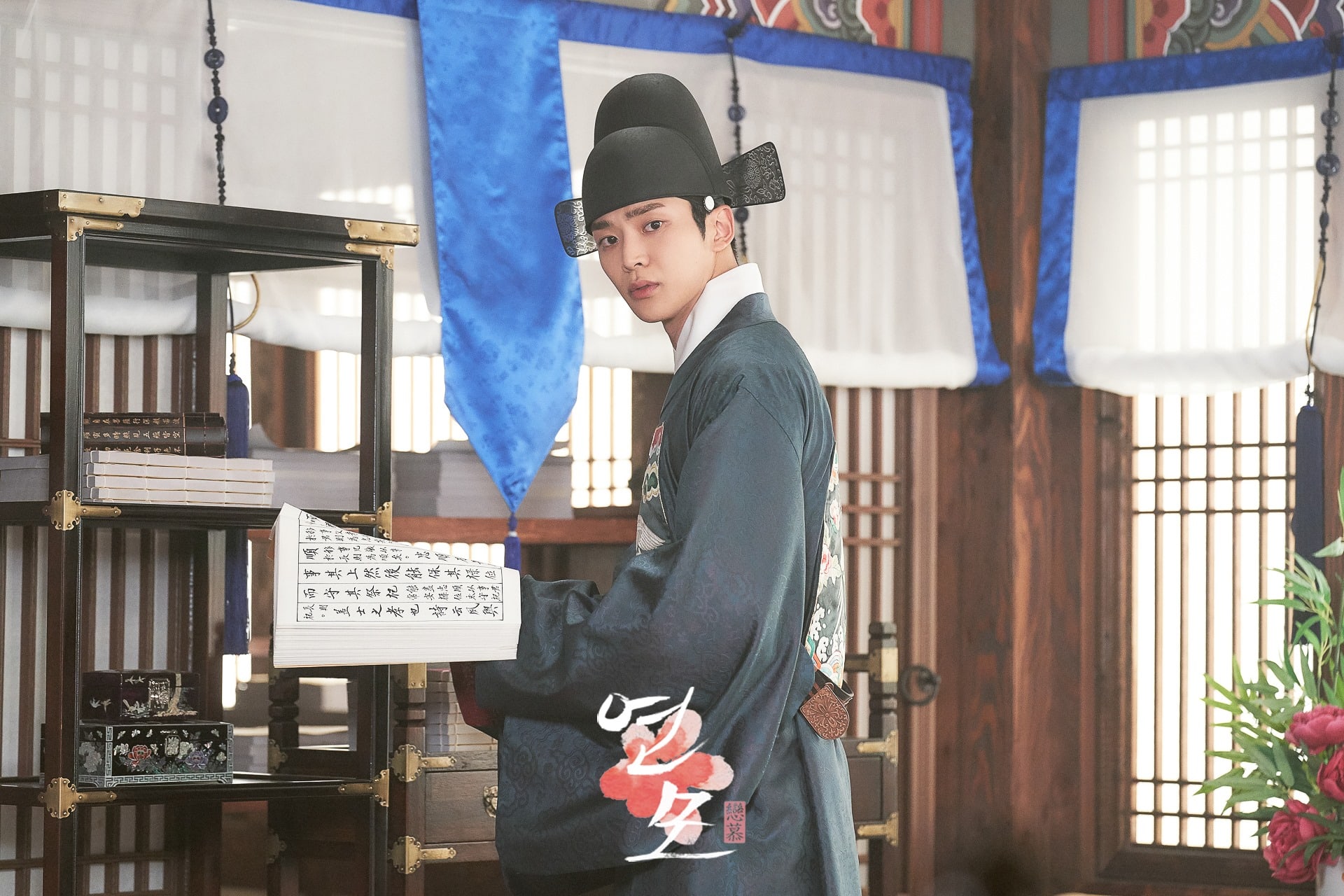 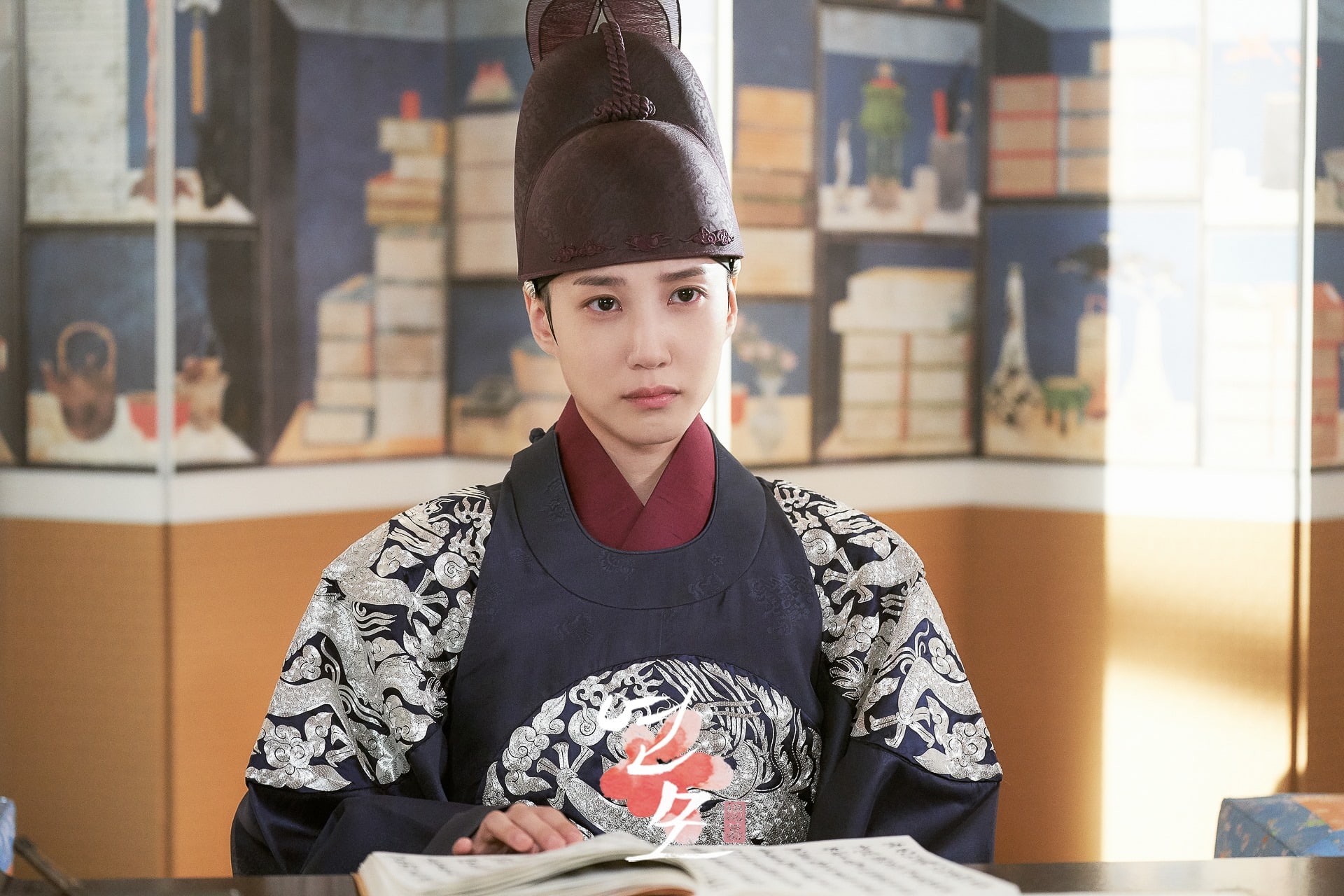 The producers of “The King’s Affection” teased, “The bickering chemistry between Lee Hwi, who must guard her secret, and Ji Woon, who remains unintimidated even before the crown prince, will be a huge source of entertainment in the beginning of the drama. The key point will be the suspenseful story that is sometimes unexpected, sometimes makes your heart flutter, and is sometimes full of tension.”

They added, “Park Eun Bin and Rowoon really played up that element of the story, so you can safely look forward to it.”

“The King’s Affection” will premiere on October 11 at 9:30 p.m. KST. In the meantime, check out the first teaser for the drama here!

While you wait, watch Park Eun Bin in “Do You Like Brahms?” with subtitles below…