Action, Amnesia, And A Lot Of Blood: “The Veil” Is a Deliciously Macabre Tale of Revenge

There’s reason to look forward to the weekend as “The Veil” premieres to a rollicking start with high viewership ratings and equally effusive praise from viewers. At 12 episodes, this is a tensely-plotted tale of an amnesiac NIS agent who returns a year after a mission went awry. But why did he vanish for a whole year? Why is he missing a year’s worth of memories? And just why are so many people so displeased to have him back?

Here’s what we loved from the first two episodes!

This is, in essence, the Namgoong Min show. Not that he is carrying it on his back while everyone else flails, but rather that he is front and center as the main star of the piece. This is his story, and as such, everyone else is necessarily in the periphery. In a less experienced actor’s hands, the character Han Ji Hyuk (Namgoong Min) could have fallen flat. He is, after all, a man of few words and even less patience. But Namgoong Min’s eyes speak volumes. From the tilt of his head as he wonders whether the person next to him is a spy who wishes him ill, to the way he holds himself, and even the way he walks is that of a man who’s waiting for the sky to fall on his head and is prepared to lift it if he has to.

What makes Ji Hyuk so compelling is that he walks a fine line between sanity and paranoia, and sometimes, as viewers, we aren’t sure whether it’s all in his head or whether the guy who walks into the elevator with him really is someone dangerous. Similarly, everyone else who sees him wonders the same. Is he all there? Or has some part of him irrevocably changed during that year he doesn’t remember? 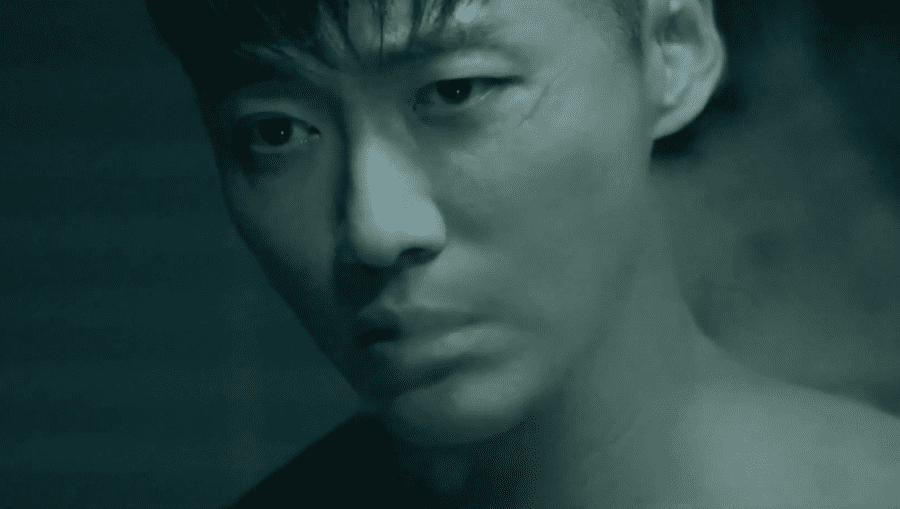 The cinematography does a fine job with conveying this tension. All tight corners, murky lighting, and deep blues, it conveys that we’re largely seeing the other characters through Han Ji Hyuk’s eyes – with the exception of Yoo Je Yi (Kim Ji Eun). Thankfully, we aren’t given too much insight into who the bad guys are just yet either, which makes it all the more exciting as the viewers get to unravel this mystery with Ji Hyuk.

The directing also shines with respect to the fight scenes and the staging of each scene. With only 12 episodes to tell a story that most dramas take 16 to tell, every second matters, and this show wastes no time in getting straight to the point. There’s a jaw-dropping moment early into the first episode where it appears that a hand is wedging open the door to where Ji Hyuk is, but when the soldiers searching the ship push the door open, the hand falls. Ji Hyuk’s propped it open with a chopped limb. It’s easy to see why this show is not for the faint of heart. The fight scene on that boat alone must have required a whole lot of fake blood. But the violence doesn’t feel gratuitous and is in line with the story being told. After all, NIS agents chasing down a gang with international reach doesn’t exactly allow for a whole lot of moral dithering. 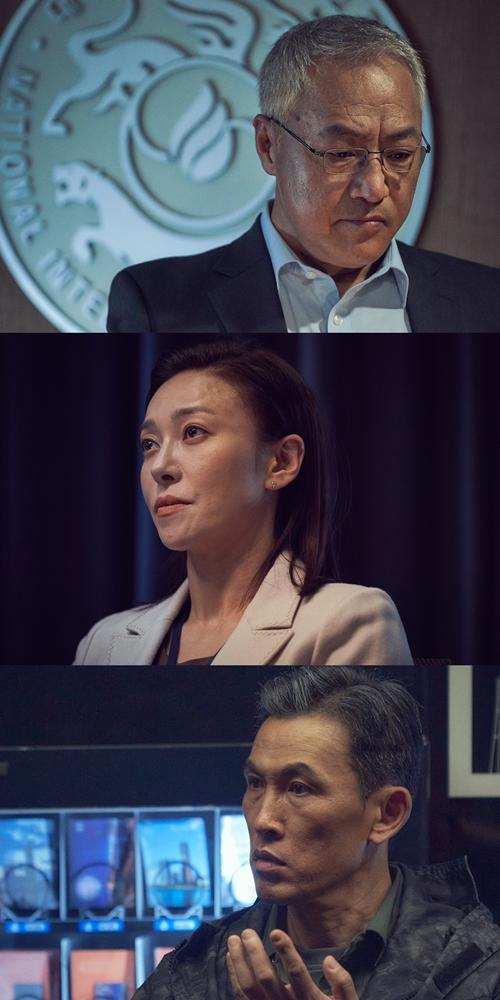 Character and cinematography aside, this show would fall apart without the team of veteran actors assembled to lead the story and serve as our potential villains. The always-gorgeous Jang Young Nam (most recently, boss queen Cha Kyung Hee in “The Devil Judge“) looks amazing as Do Jin Sook, the head of the NIS Foreign Intelligence Bureau. Then we’ve got Kang Pil Ho (Kim Jong Tae), Ji Hyuk’s mentor and the only person Ji Hyuk seems to be willing to listen to – for now at least – but who’s also on his suspect list. Pil Ho hides the fact that Ji Hyuk used illegal drugs that mimicked the effects of the antidepressants he was on prior to going missing and is the only one with an inkling that Ji Hyuk is hiding more than he appears.

The more obvious bad guy, albeit seemingly a minor one, is Ha Dong Kyun (Kim Do Hyun), head of the NIS Crime Information Center, with whom Ji Hyuk seems to have some seriously bad blood. His group was in charge of monitoring communications with Ji Hyuk and his team on the night where everything went wrong and Ji Hyuk disappeared. Ji Hyuk seems to distrust Dong Kyun the most at present, openly antagonizing him.

Finally, we’ve got Lee In Hwan (Lee Kyung Young) and Jung Young Tae (Kim Min Sang) of the NIS, both actors who have been major villains in other dramas, lending an air of suspicion to them now. With this many veterans, there’s no doubt that the conflict to come promises to be good.

4. Everyone has a motive 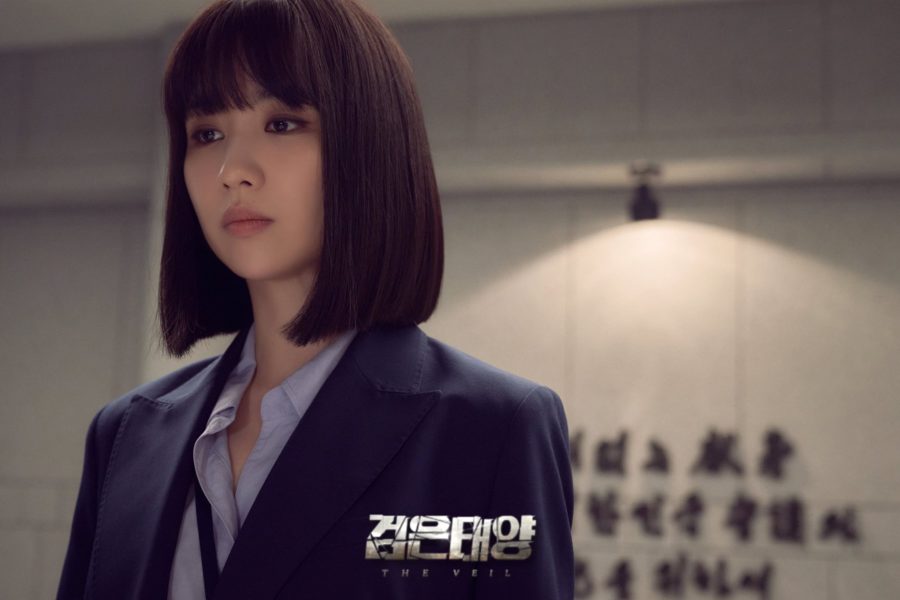 Everyone seems to have some sort of reason for keeping an eye on Ji Hyuk. Seo Soo Yeon (Park Ha Sun) seems to have some history with Ji Hyuk that goes beyond her anger that he failed to save her boyfriend Oh Kyung Seok (Hwang Hee). It’s uncertain as to why Soo Yeon sports what almost looks like a boxy wig, but perhaps the show has a reason for it.

She contrasts with the other female lead Yoo Je Yi, who by all appearance seems to be the sunny, bubble lead of a rom-com that just dropped into an action thriller without knowing it. But Je Yi seems to also have a reason for requesting to be transferred to the same division as Ji Hyuk. What that reason is remains to be seen. 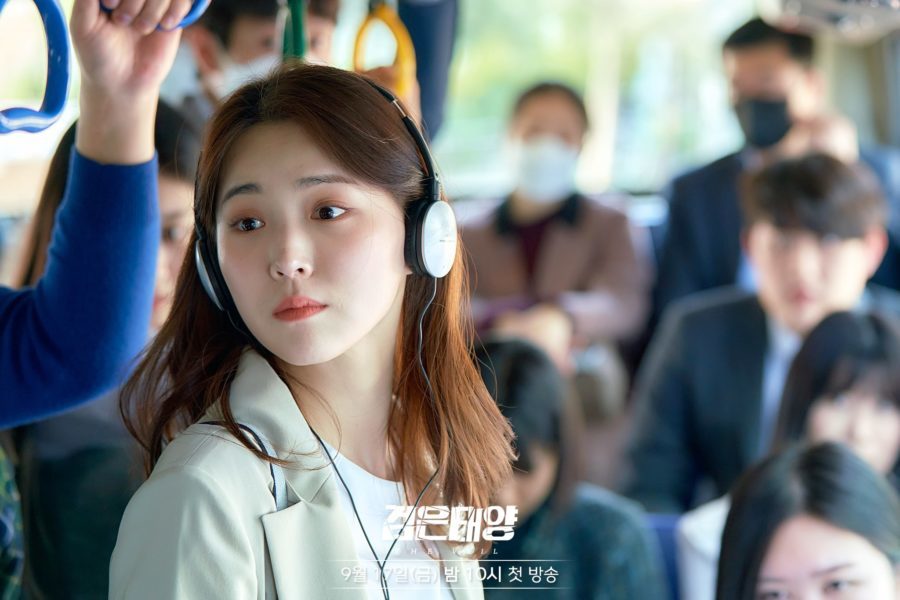 But the person with the most inscrutable motives seems to be Ji Hyuk himself. After finding at the end of the first episode that he was the one who erased his own memories because there’s a rat in the organization, Ji Hyuk goes on the hunt for the truth of what happened a year ago. Curiously enough, his past self promises that he’ll be there when Ji Hyuk needs him, but how? And who is the stranger who communicated to Ji Hyuk in Morse code which allowed him to find the video of his past self informing him of the truth to begin with? 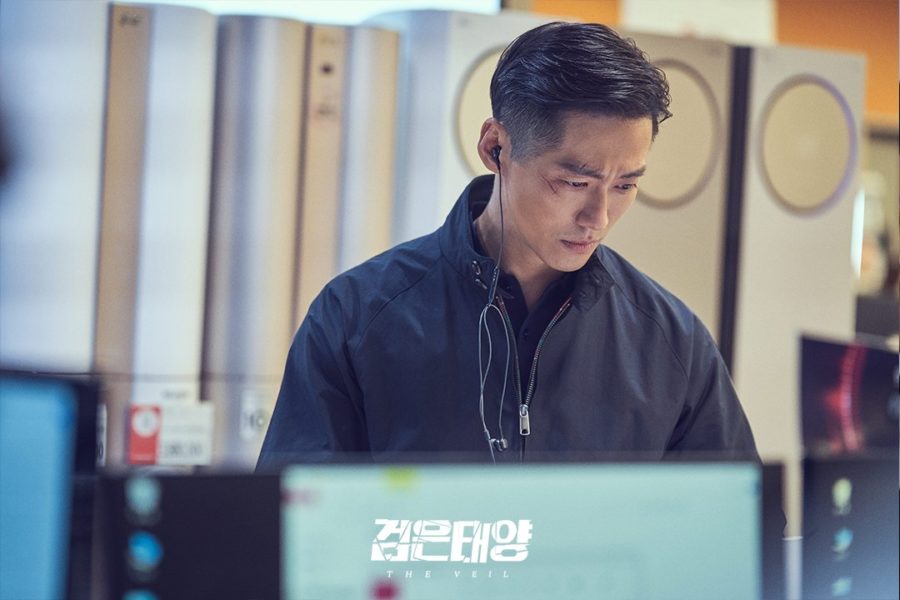 It seems that past Ji Hyuk had a helper that present Ji Hyuk doesn’t know, which raises the stakes in all sorts of ways because not only does he not know who his enemies are, he also doesn’t know where his friends might be. And one wrong move could take the wrong person down.

It’s easy to see why this show has garnered rave reviews and Daesang buzz for Namgoong Min. Next week can’t come soon enough! In the meantime, perhaps “Awaken,” his previous drama (which is just as amazing), can help pass the hours!