In his latest Naver V Live broadcast, Beomgyu and Soobin rewatched some of their cover performances from past year-end music shows, including their cover of BTS’s “Boy in Luv” at the 2019 SBS Gayo Daejeon Music Festival.

The TXT members explained that even though many people didn’t realize it because it was such a small mistake, Beomgyu made a slight choreography error while covering V’s part in their performance of “Boy in Luv.”

Beomgyu recalled, “Even before this performance, I contacted Taehyung [V’s given name] and asked him for advice with questions like, ‘Hyung, how did you use your voice while singing “Boy in Luv”?’ and ‘What kind of facial expressions do you think would be good for me to make?’ Because this was our first time covering [BTS], so I really wanted to do a good job. After I asked him these questions, Taehyung told me, ‘Do a good job,’ and I said, ‘Okay, I will.”

He continued with a laugh, “So when I went on stage that day, I was thinking, ‘I’m going to tear up the stage today!’ But [during that part,] my mic started to go into my mouth, so I had to remove it first, and then I wound up making a mistake. Because of that, I was really upset. I had practiced so hard, but I wasn’t able to show what I’d practiced, and I also felt really apologetic to the [BTS] hyungs. So I cried on our way back to the dressing rooms.” 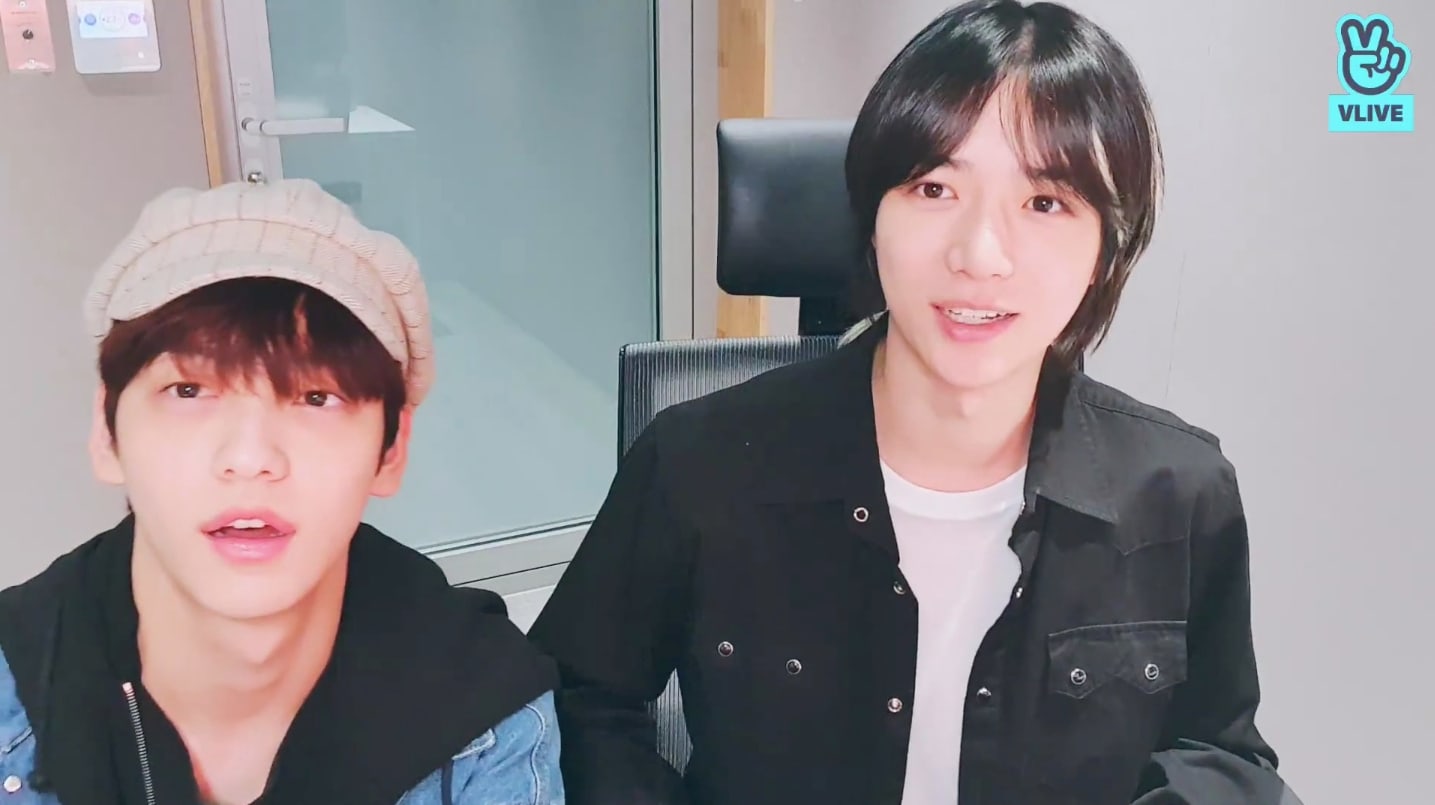 “It wasn’t quite that I was afraid, but I was really sad and felt really sorry,” continued Beomgyu. “So I really cried a lot. Taehyung was so surprised that he hugged me and said, ‘Hey, hey, I’m sorry! You did a good job! You really did well!'”

Soobin chimed in with a laugh, “The other BTS members also participated in the prank, but once [V started scolding Beomgyu], they felt bad and just watched from the sidelines. But when Beomgyu began tearing up, they all suddenly started yelling, ‘Hey, Kim Taehyung, why are you being like this? Why did you make Beomgyu cry?'” 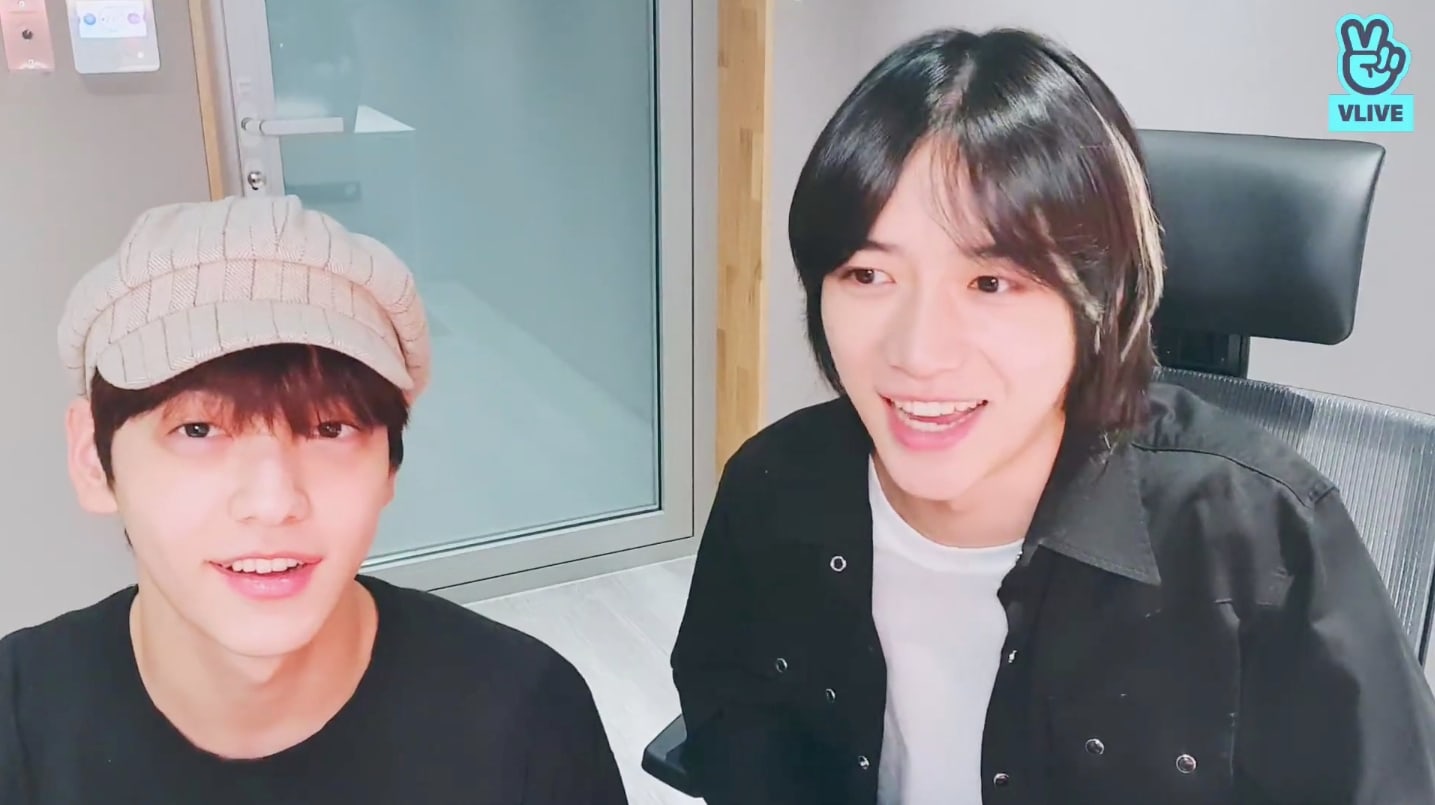 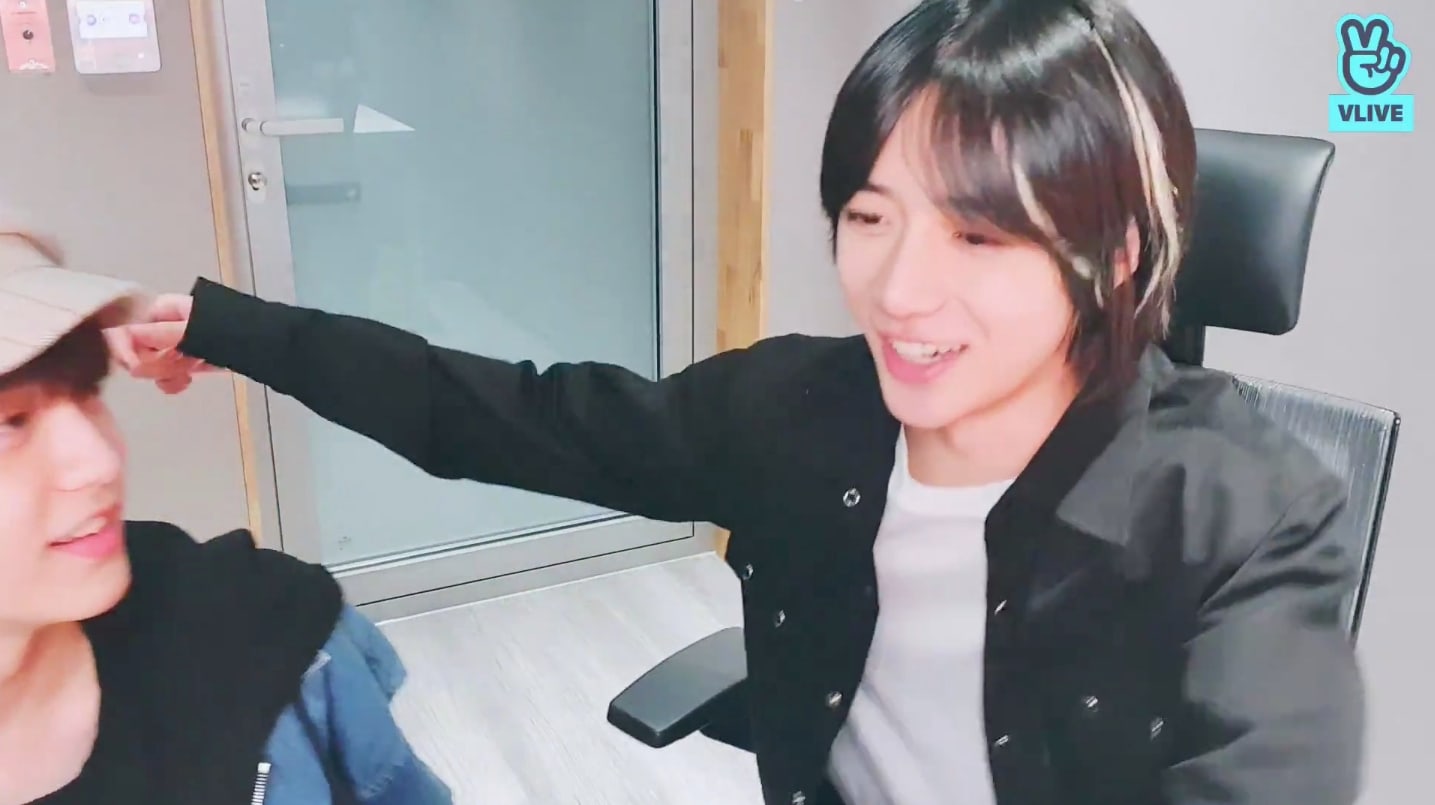 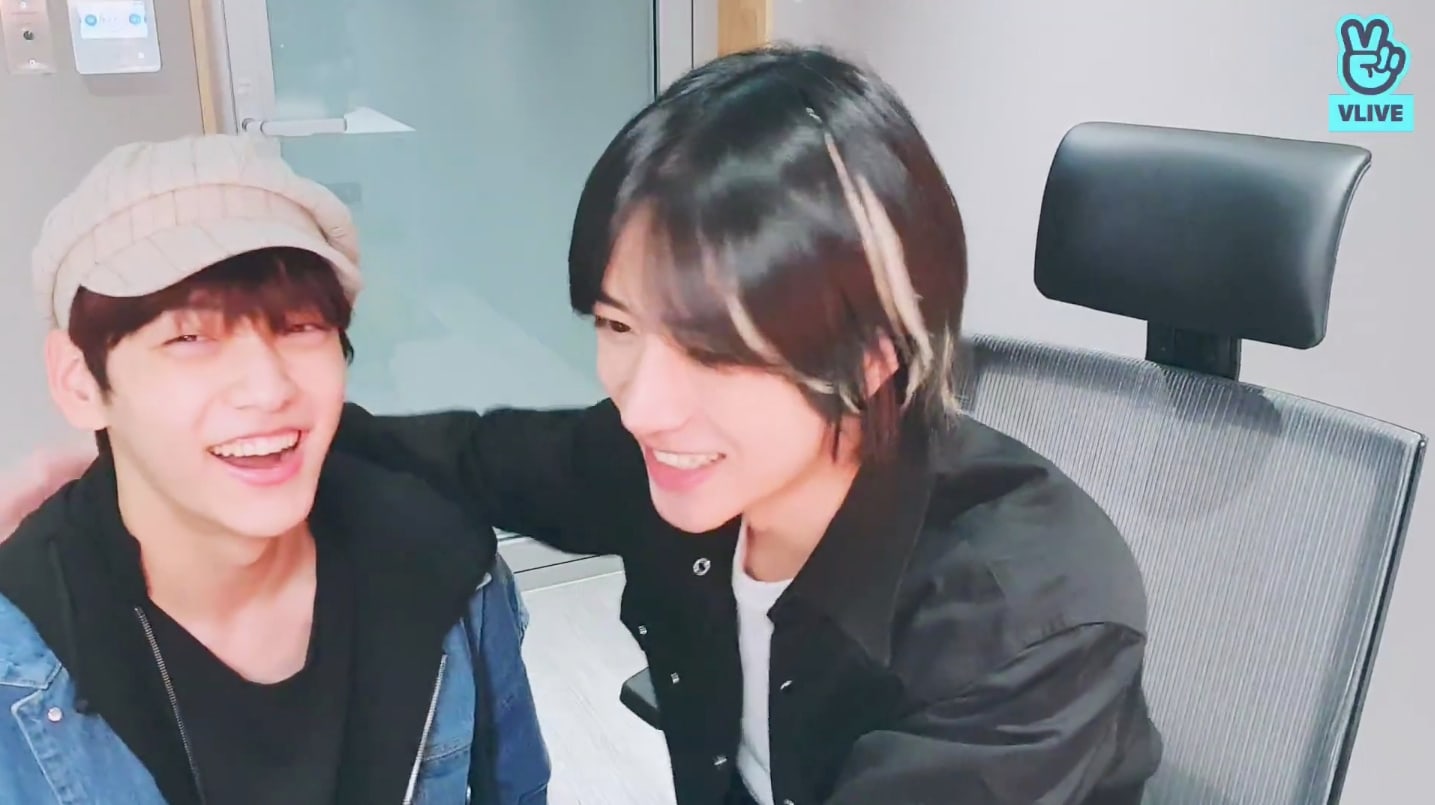 After they both cracked up at the memory, Beomgyu went on, “After that, Taehyung kept hugging me and telling me I did a good job.” Soobin recalled, “Because Beomgyu made that mistake that day, he was so upset and he cried, and so all of our staff members were quietly asking, ‘What’s going on? Why is Beomgyu so upset?'” Beomgyu explained, “Lots of people didn’t know I’d made a mistake.”

“Taehyung and I also texted each other on our way home that day,” added Beomgyu. “Taehyung really takes good care of me.”

Soobin then piped up, “You even played games together,” before adding, “We also played League of Legends with Jin. He’s really good.” 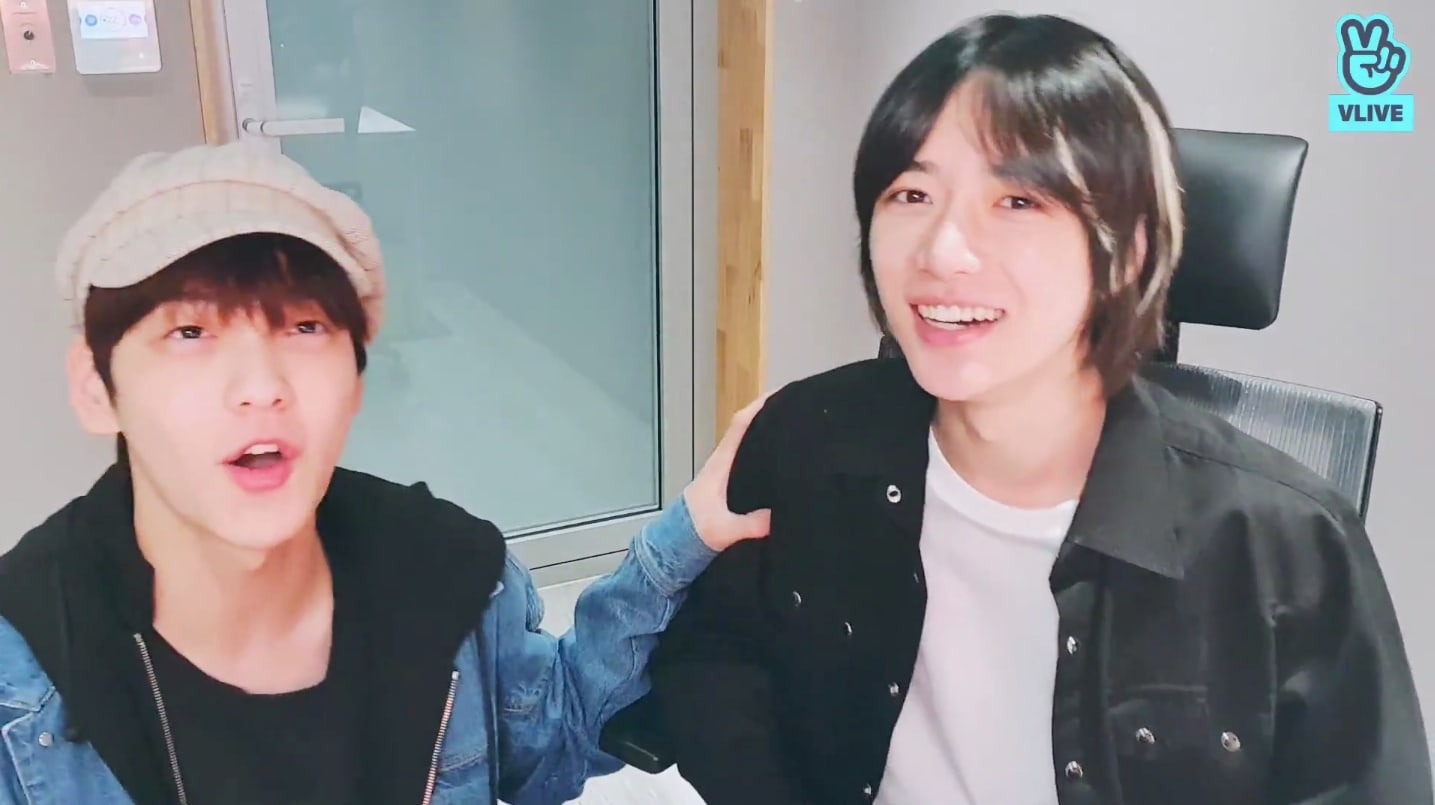 Check out the clip of TXT’s cover of “Boy in Luv” below!

BTS
Jin
soobin
V
TXT
Beomgyu
How does this article make you feel?