BTS and Coldplay have previewed their handwritten lyrics for their upcoming collaboration “My Universe,” which is set for release on September 24 at 1 p.m. KST.

The lyrics are written in both English and Korean. The Korean lyrics include lines like, “I fly together with you. [When I’m without you I’m crazy.] Hurry up and take my hand. [We are made of each other baby,” “The darkness was more comfortable for me. In the lengthening shadows (eyes), “Every night I fly to you, I forget that this is a dream, I smile and meet you there,” “What illuminates me are the countless stars sparked by your love. In my universe, you’re the one making a new world for me,” and “Because you are my stars and my universe, because these hardships are only temporary, just shine bright like you always do, we will follow you out of this long night.” 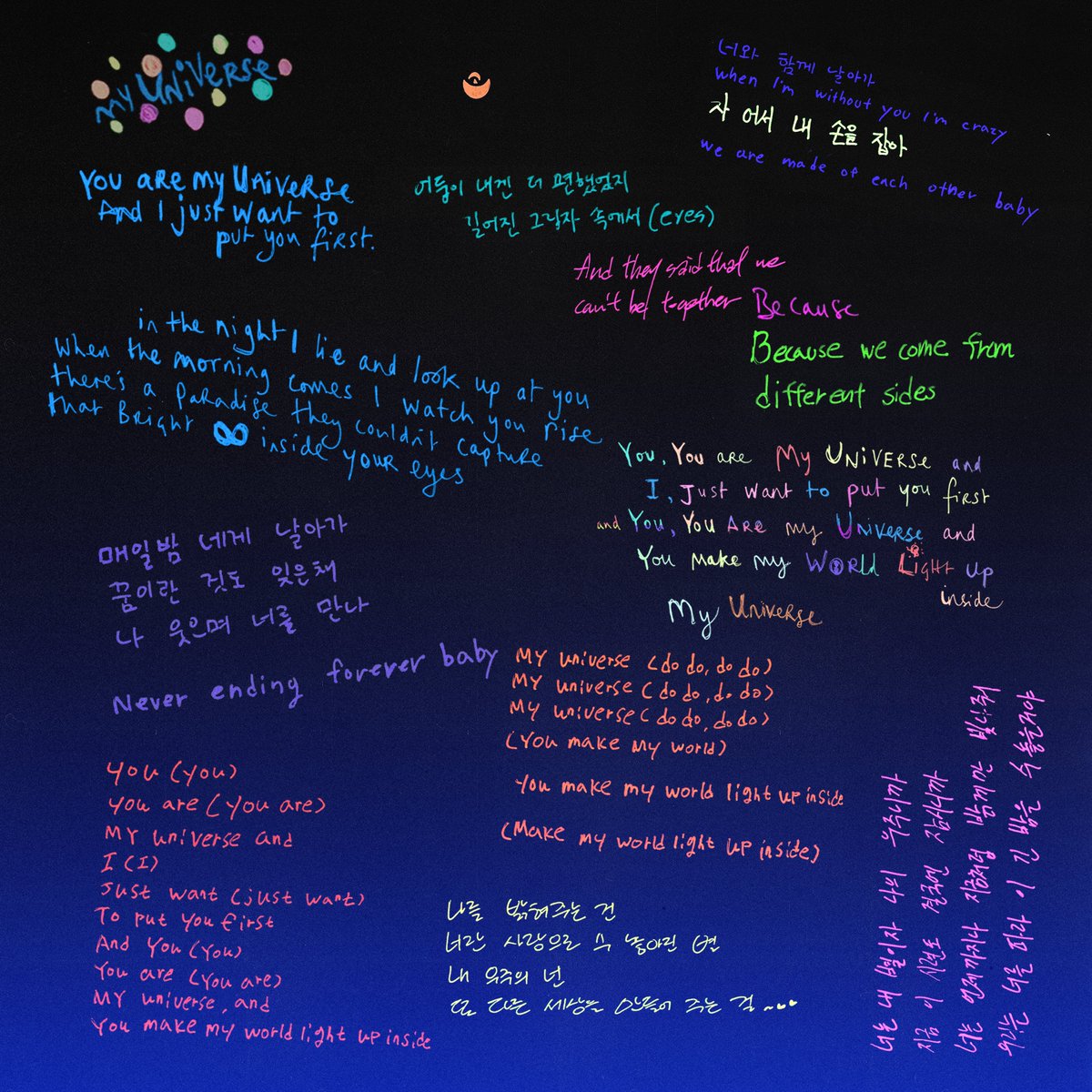 BTS and Coldplay have unveiled the release schedule for their highly anticipated collaboration!

Earlier this month, the two artists announced that they would be teaming up for a new single produced by legendary hitmaker Max Martin. Entitled “My Universe,” the joint single will be released on September 24 at 1 p.m. KST (midnight ET).

Atlantic Records has now shared a schedule that reveals what fans can look forward to in the week ahead. Following the release of “My Universe” and an official lyric video for the song on September 24, BTS and Coldplay will also be releasing a documentary entitled “Inside My Universe” on September 26 at 9 p.m. KST.

Two additional versions of “My Universe”—a “Supernova 7 Mix” and an acoustic version—will follow on September 27 at 8 a.m. KST. Finally, an official music video for the song will be released at a later date.

Coldplay has also shared an exciting new sneak peek of the song, which you can check out below! 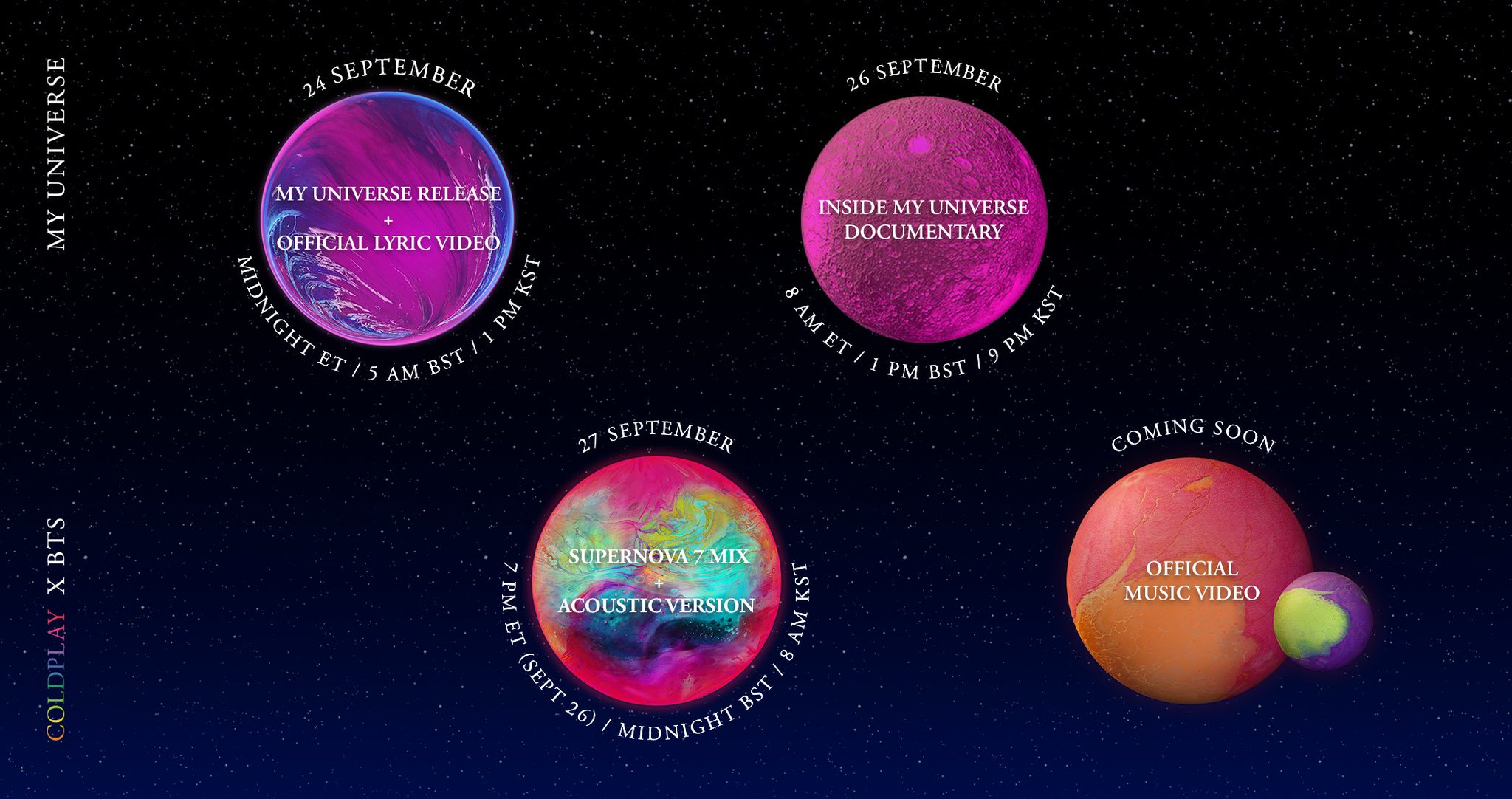 You can also check out BTS and Coldplay’s previous previews of their upcoming single here!

BTS
Coldplay
How does this article make you feel?