After speaking at the United Nations General Assembly as special presidential envoys, BTS paid a visit to The Metropolitan Museum of Art in New York alongside South Korean first lady Kim Jung Sook.

Together with Hwang Hee, South Korea’s Minister of Culture, Sports, and Tourism, BTS joined Kim Jung Sook in presenting the world-famous museum with a special gift from the South Korean government: a work of art entitled “Rhythm of the Five Color Luster” by contemporary lacquer artist Chung Haecho.

After taking a tour of the Met’s collection of Korean art, RM remarked in a private ceremony held in the museum’s rooftop garden, “It’s such an incredible honor and joy to be able to give [the museum] a work by a Korean artist.”

“K-culture, such as K-pop, K-dramas, and K-movies, has been gaining prominence in many areas,” he continued, “but many great Korean artists have not yet gained attention abroad. As Special Presidential Envoys for Future Generations and Culture who are representing Korea, we will dutifully work hard to spread awareness of the greatness of Korean culture and its potential.” 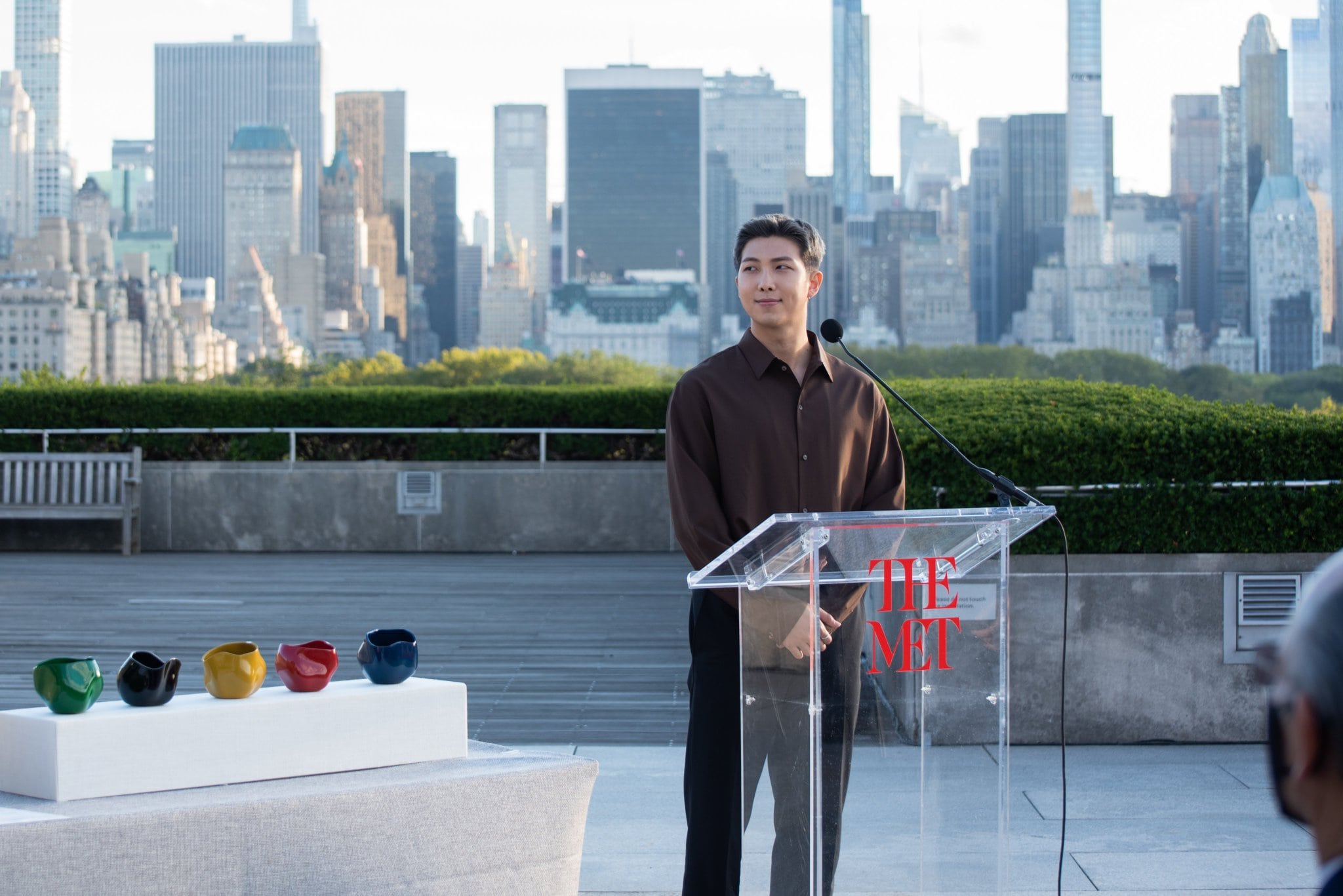 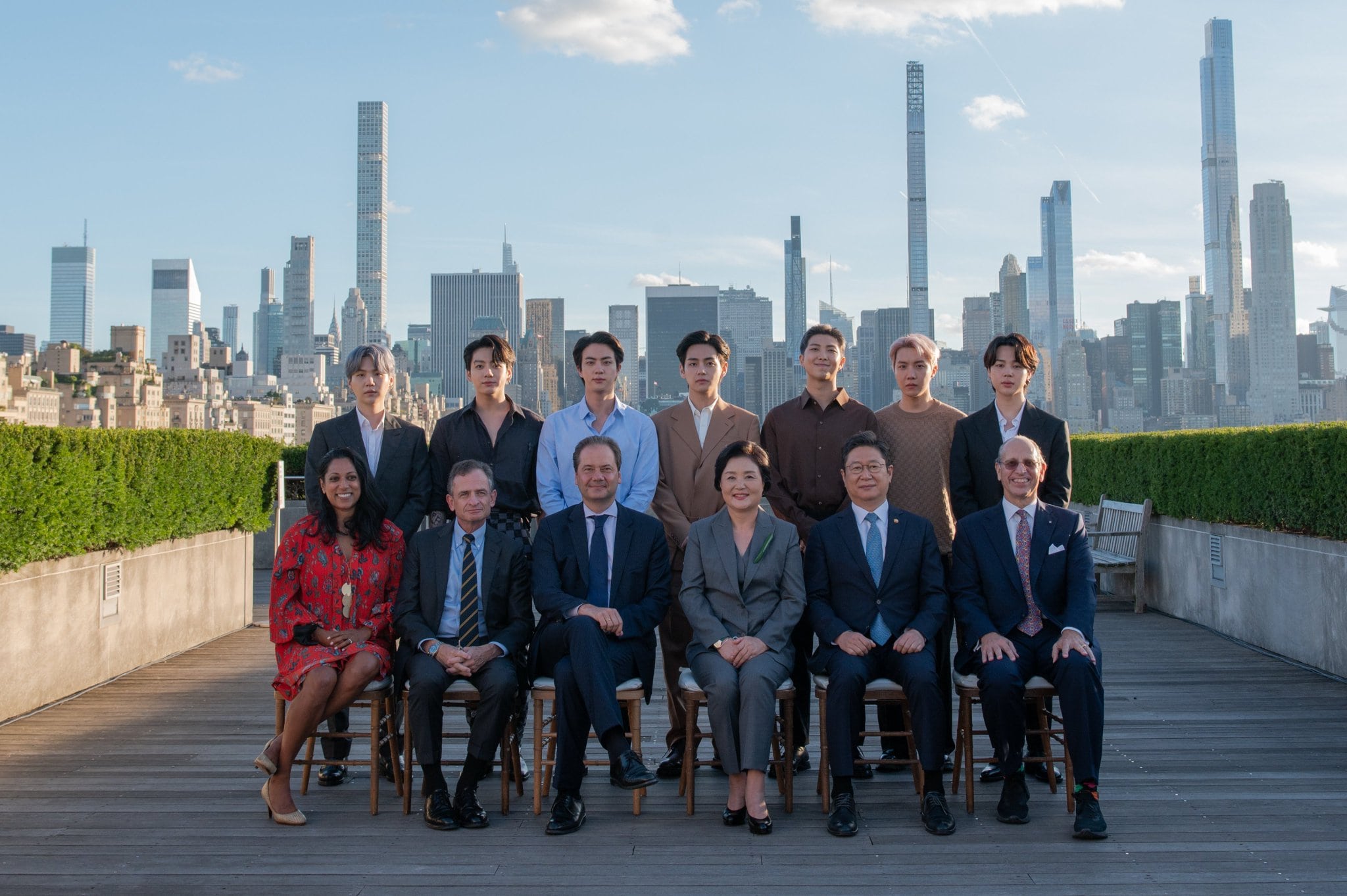 Chung Haecho’s “Rhythm of the Five Color Luster” will be included in The Metropolitan Museum of Art’s upcoming exhibition “Shell and Resin: Korean Mother-of-Pearl and Lacquer,” which will open on December 13. For more information on the exhibition, check out the Met’s official website here!