Choi Ye Bin Talks About “The Penthouse” Co-Stars Kim So Yeon And Yoon Jong Hoon, Most Memorable Scenes, And More

Choi Ye Bin dished on her role in the hit SBS drama “The Penthouse”!

“The Penthouse 3” recently came to a successful finish as both the most-watched program to air on any channel on Friday and the most-watched miniseries of the entire week. Choi Ye Bin played Cheon Seo Jin (Kim So Yeon) and Ha Yoon Chul’s (Yoon Jong Hoon’s) daughter Ha Eun Byul.

In her interview with Star News, Choi Ye Bin expressed her bittersweet feelings on the drama’s conclusion. She shared, “I did the last filming with Kim So Yeon, and we hugged while congratulating each other before splitting up. After wrapping up filming with the Penthouse kids, we danced round and round while saying farewell to each other, but we’re still talking in our group chat. It’ll be nice if our relationship continues in the future. I cried during the last shoot, and Kim So Yeon also cried. I heard about the filming of the other scenes, and apparently Han Ji Hyun cried, and so did Kim Hyun Soo. 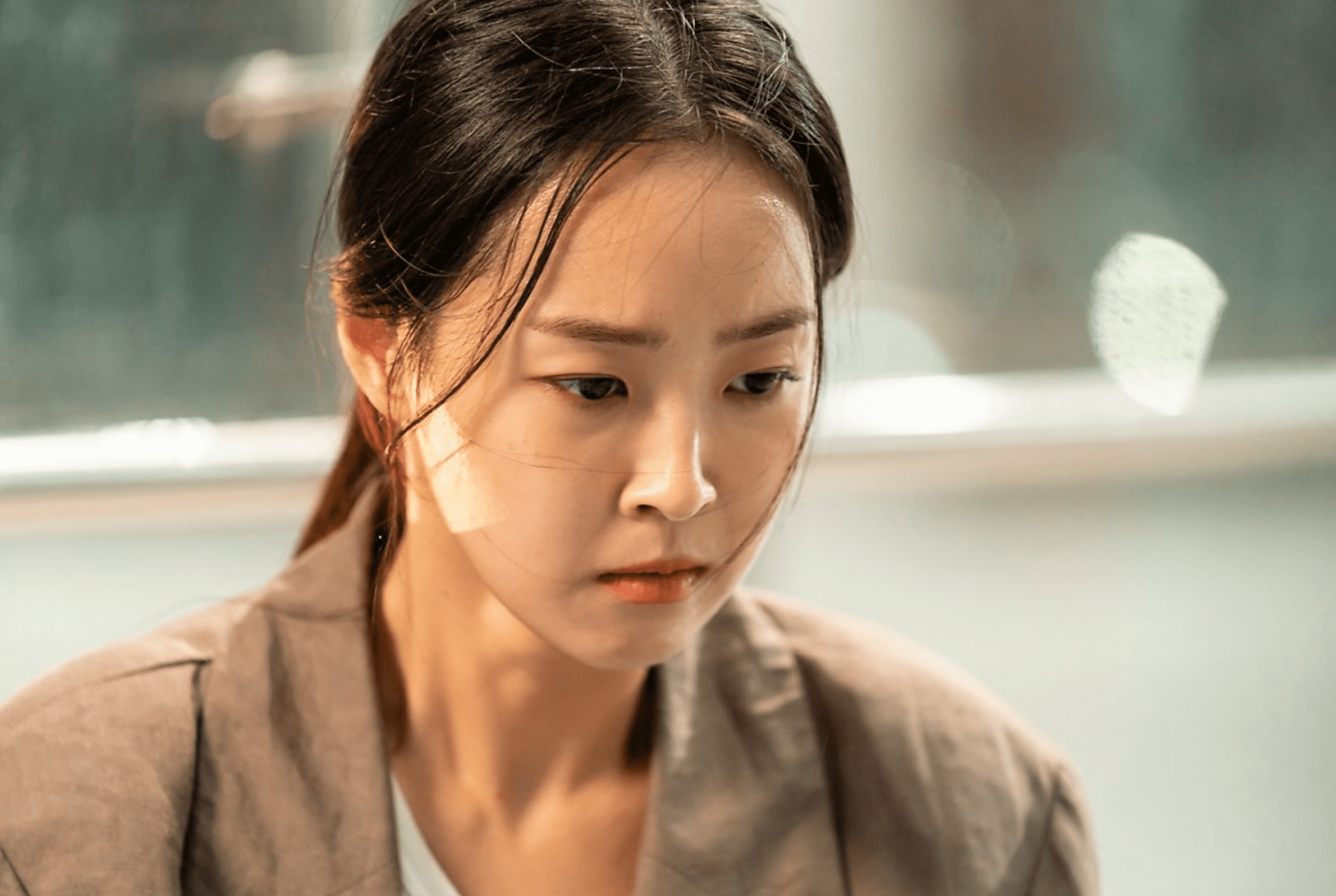 The actress also talked about the great amount of love and support she received through social media as the show progressed. She added, “My family members were also curious about the latter parts of the drama, but they told me not to spoil it.” Choi Ye Bin revealed that she auditioned without much anticipation for “The Penthouse” and without knowing fully what the role would entail. She shared, “I was really honored and grateful to be able to participate as a member of ‘The Penthouse.'”

Choi Ye Bin elaborated that acting in “The Penthouse” was different from the acting she had learned until then. Explaining that people on set focused while filming and brightened up again while resting, the actress shared, “Mentally, I was rather really happy, and it was very fun. I think the influence of the senior actors I worked with was really big. I also worked hard to get close to Eun Byul. I thought about it for a long time, and I felt a lot of different things, so I think I naturally got close to Eun Byul in the second half. During the last filming, I monitored Kim So Yeon’s scene, and I cried.” 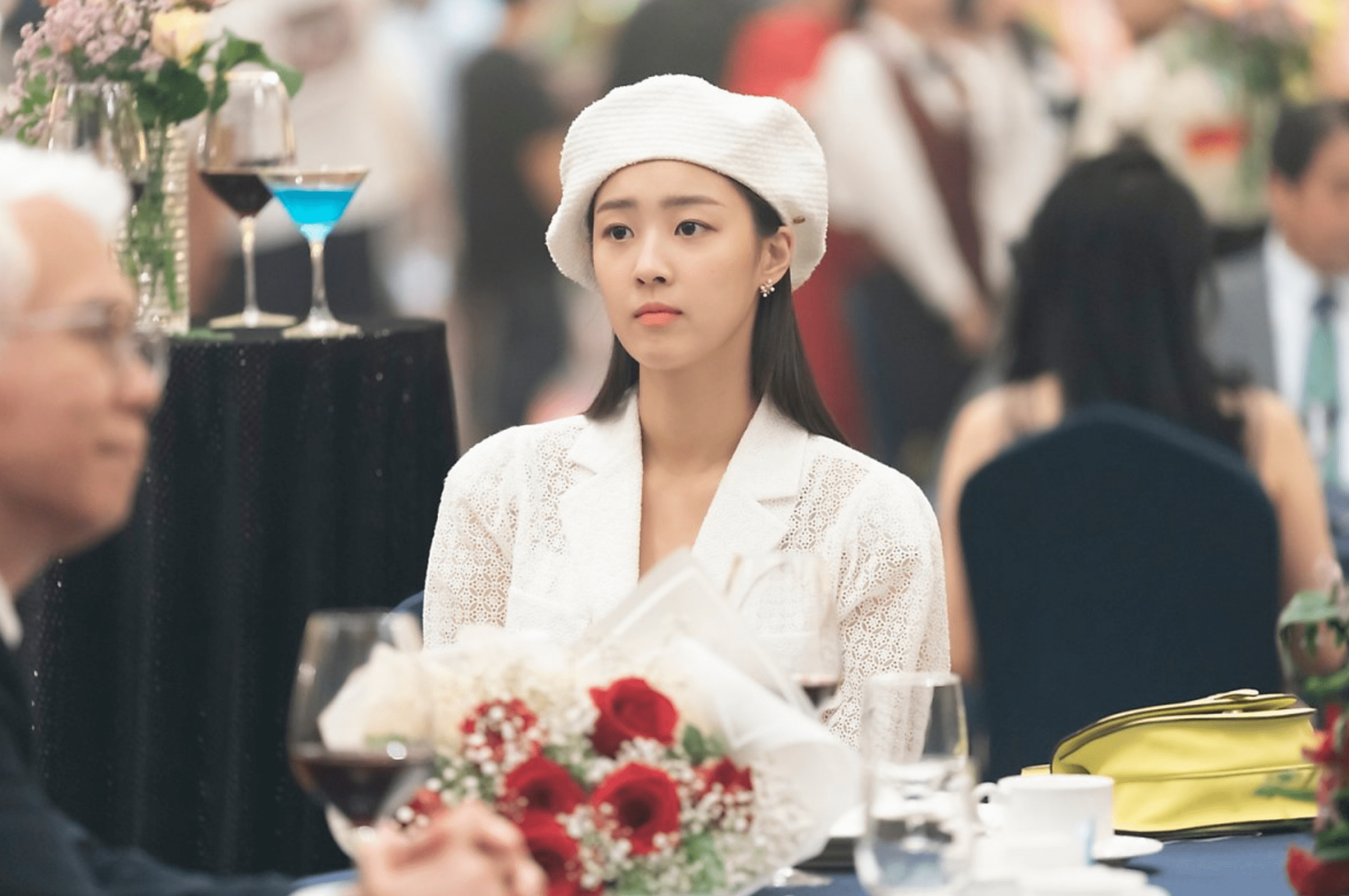 “The Penthouse” star shared that she also learned a lot from the senior actors on set. She revealed, “The senior actors on set were very considerate, and they memorized all the staff names to call them [by their names], so it was heartwarming. Kim So Yeon bought me food first before filming so I could be comfortable with her, and she gave me a gift on my birthday and congratulated me. I was also grateful because Yoon Jong Hoon often treated me to food. When I couldn’t focus my gaze because I wasn’t familiar with the camera, Kim So Yeon moved her body personally to help focus my gaze.”

Choi Ye Bin touched upon being grateful to scriptwriter Kim Soon Ok for trusting in her and for telling Eun Byul’s story. She added, “I was curious about something once during filming, so I quickly contacted her, and even though she must have been tired, she explained the scene in detail, which I’m grateful for. The writer also contacted me to tell me I did well, and she treated me warmly.” Choi Ye Bin elaborated that the writer had also written details like “laugh grotesquely” or “push your hair back behind your ears” that helped her express Eun Byul’s emotions better. 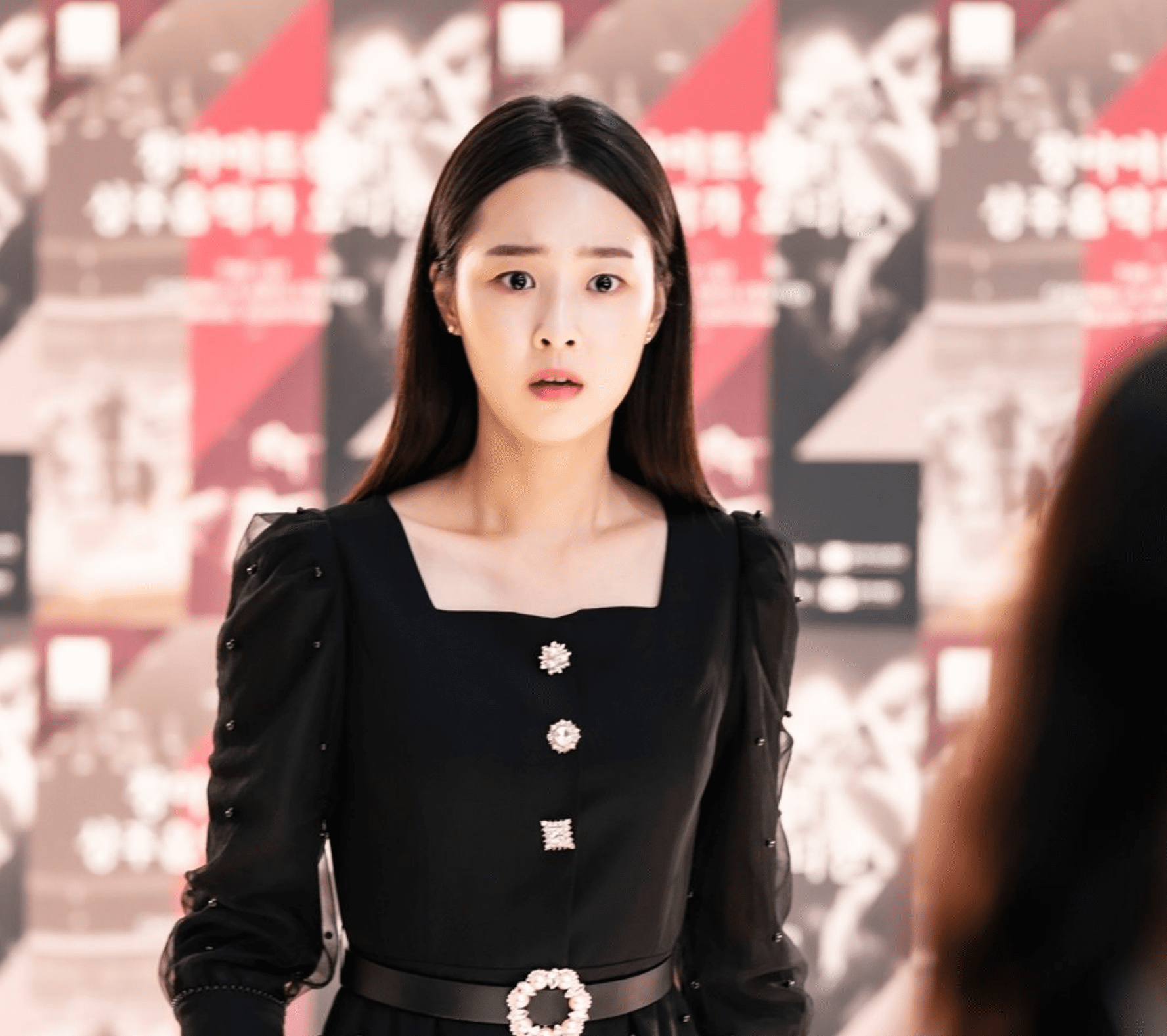 The actress shared that she practiced singing trot with her vocal teacher before filming the trot medley scene. She explained, “I sang on the set while my teacher added sound to that to match the lyrics. When Eun Byul went off-key during the opera singing scenes, my teacher did the voice acting to match that, so I was grateful. I saw the dance video before the part-time scene. STAYC’s ‘ASAP‘ is a song I like, so I practiced at home, and I learned as quickly as possible from the people dancing on the set. There was a golf scene in the first season, so the kids learned golf as well. I learned a lot of things while filming ‘The Penthouse.'”

Choi Ye Bin compared her character to a porcupine who showed her quills in order to protect herself. She added, “Eun Byul was very lonely and anxious. She’s someone who had a lot of pressure to look good because of her family’s reputation. I’m 5 to 10 percent in sync with Eun Byul. I laugh a lot and try to think positively, but Eun Byul is the opposite. Eun Byul’s laughter was that of one who had to look happy.” 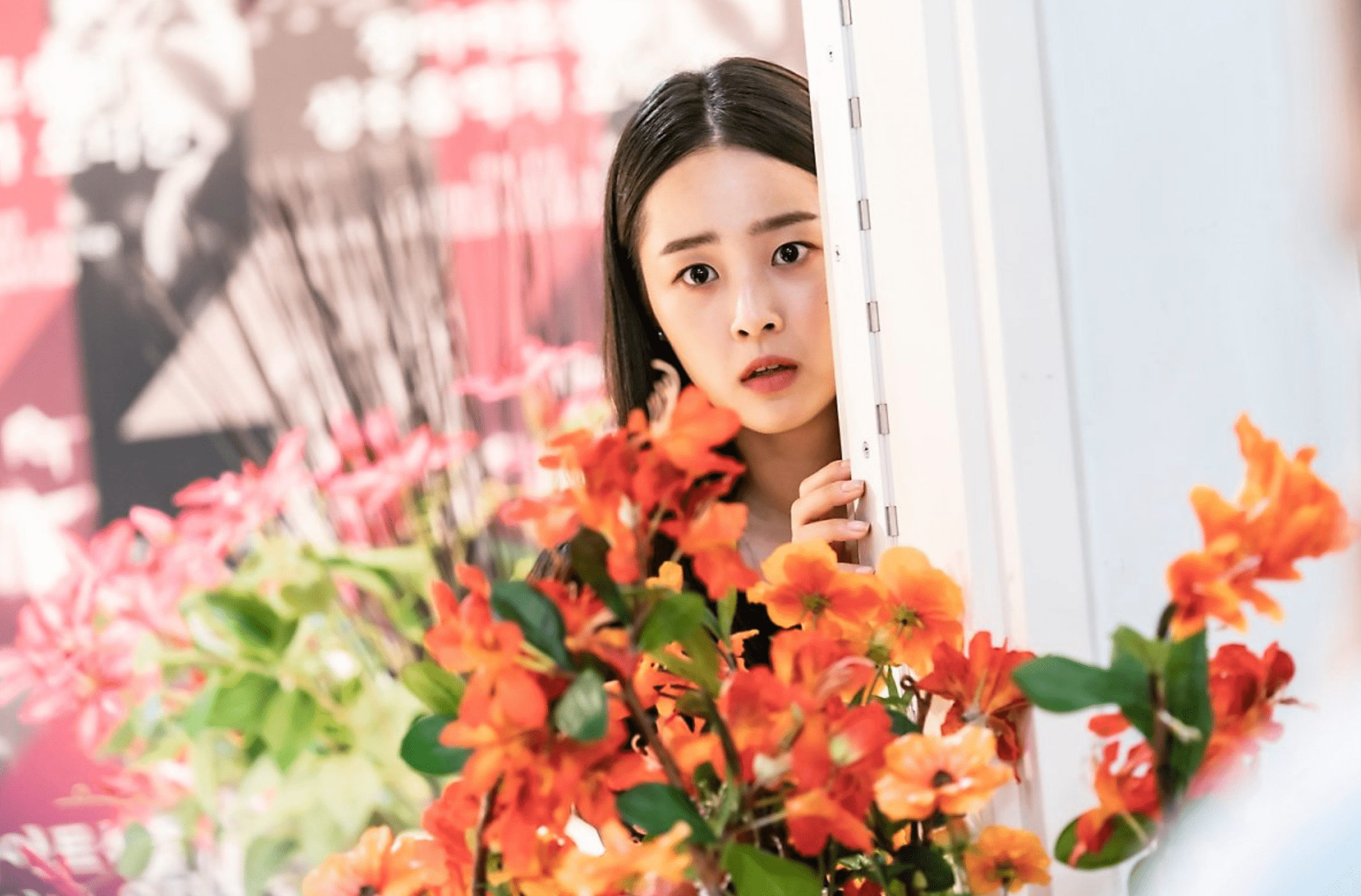 Fortunately, Choi Ye Bin shared that it was easier to control her mental state because the atmosphere on set was peaceful in between filming. She added, “It was okay because I let out my emotions through Eun Byul. Even if it’s an evil role, you get to know why that figure became bad while researching and thinking about the role, and my real self avoids doing bad things and becomes mentally healthier.”

The actress picked the final court scene as the most memorable scene, mentioning that she wanted to do well in the last court scene to resolve the feelings Eun Byul had built up until then. Choi Ye Bin also brought up the scene from Season 2 in which Bae Ro Na (Kim Hyun Soo) becomes a ghost, adding that she teared up after seeing Eun Byul’s lines asking to be left alone. 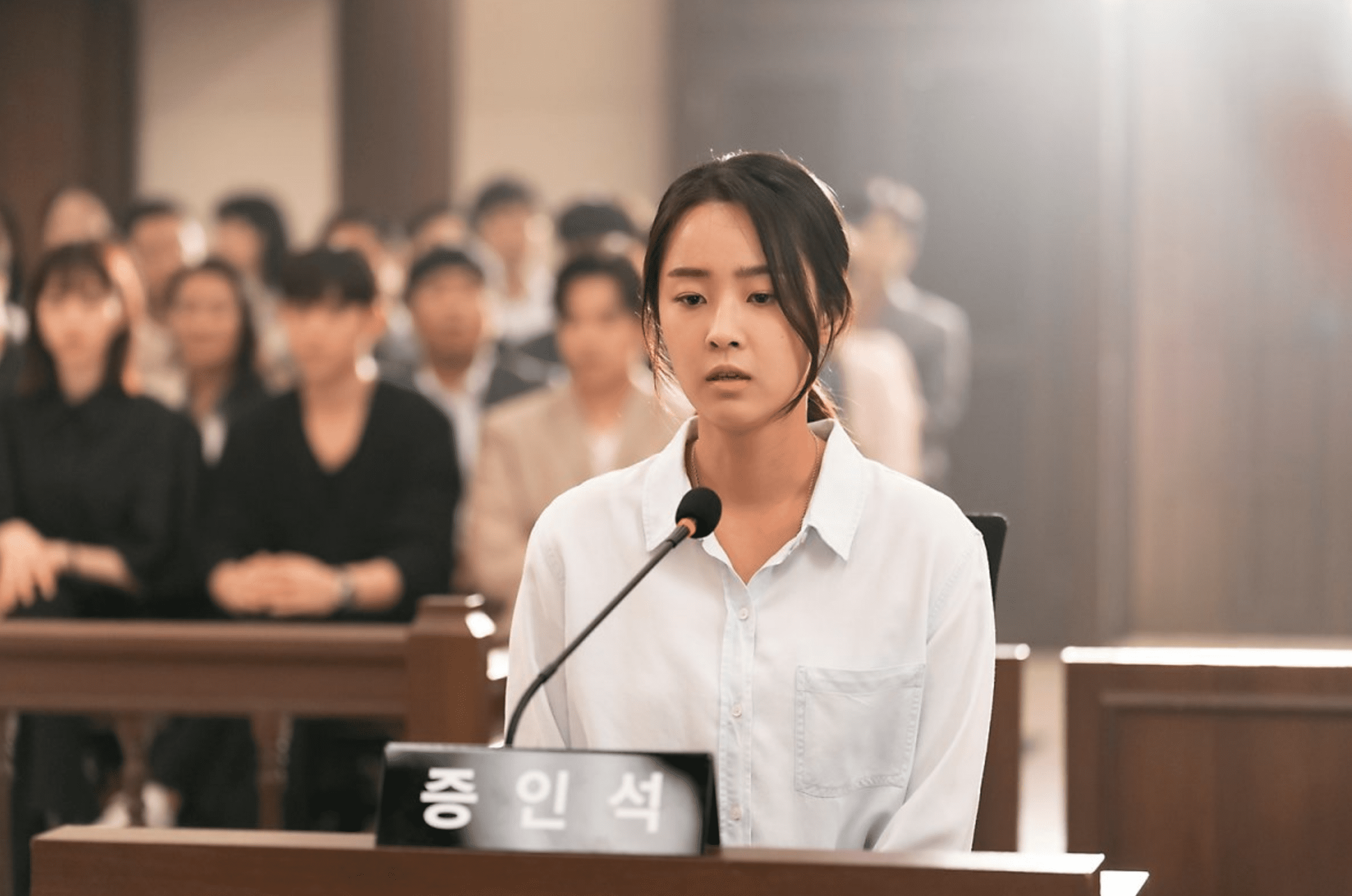 On her final words to her character, Choi Ye Bin shared, “Eun Byul! In the latter half, you earned the opportunity to live happily and independently, so if another hardship comes, think of it as a punishment and overcome it well. Do greater things in life. Live a giving life in the future.” 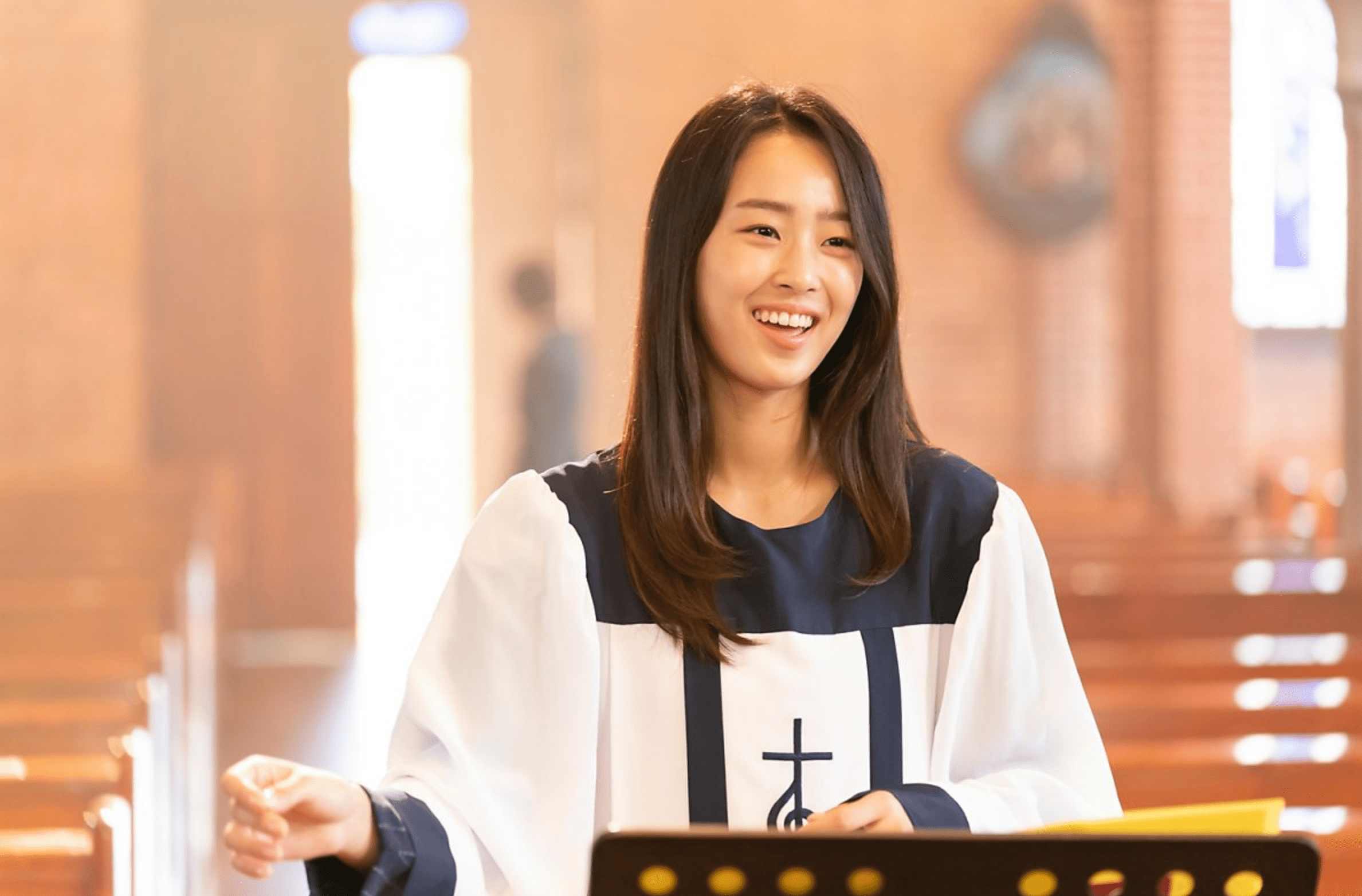 When asked about her next project following her impressive debut, Choi Ye Bin shared that she’s looking forward to playing a character more similar to herself, adding that she also enjoys the comedy, romance, and noir genres. As her acting role model, Choi Ye Bin picked Jeon Do Yeon from the film “Way Back Home,” sharing that she wants to act with her in the future. She added, “This time, I learned a lot from Kim So Yeon, so Kim So Yeon is a role model in my life as an actress.” Finally, Choi Ye Bin concluded by stating that she wants to become an actress who is good at acting. She added, “I want to become a charming actress who makes viewers curious. I also want to be an actress who is a good person.”

If you haven’t already, watch Choi Ye Bin in “The Penthouse 3” below: